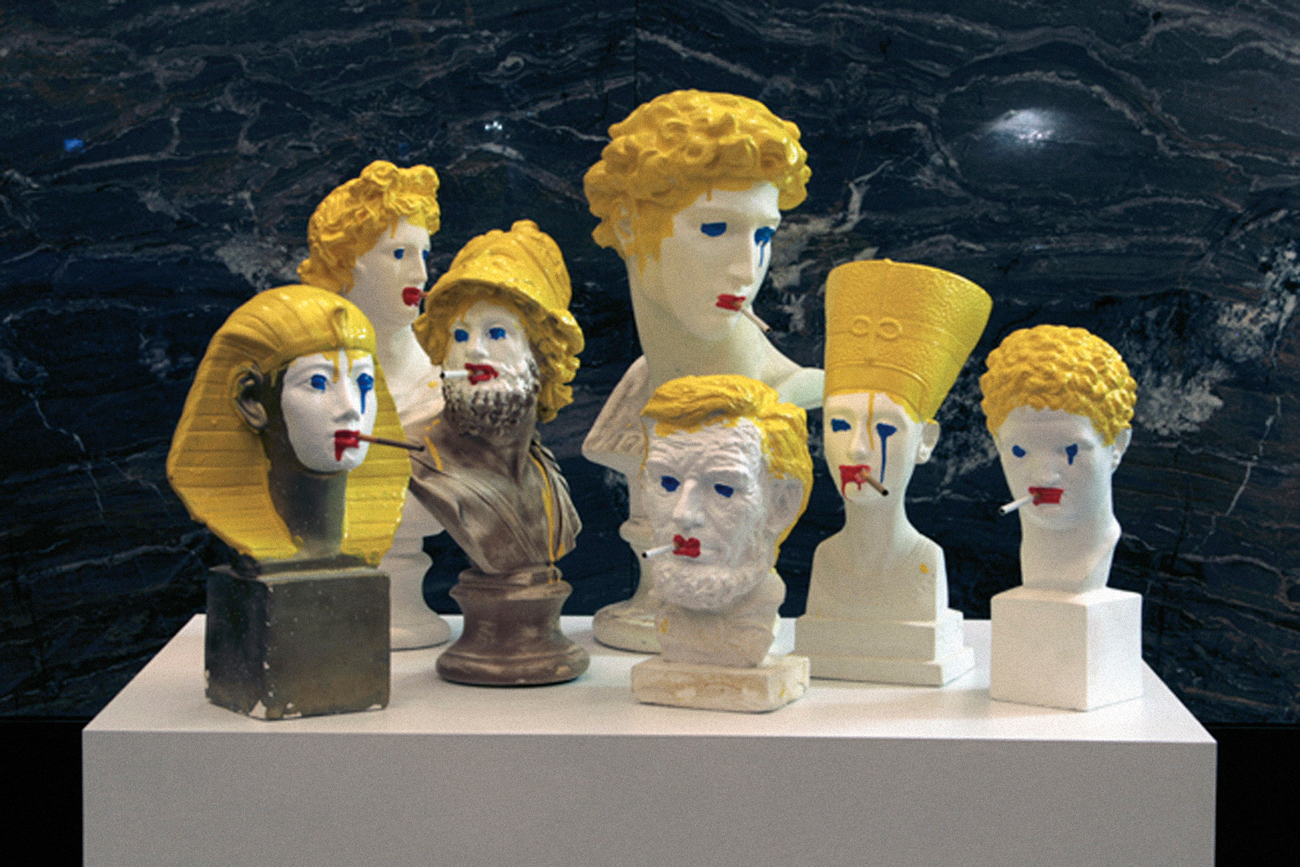 THE BRUCE HIGH QUALITY Foundation is an artists’ collective based in New York City, comp­rised mainly of young men in their mid-to-late twenties. Their breadth of work is already quite large, but these artists keep their identities under wraps, as if toying with a highly evocative anonymity and humility.

PARINAZ MAGADASSI — What is BHQF, and when was it established?

BHQF — The foundation was formed in 2001. We’re not a membership organization, and the names, ages, and sex of our staff and the many people we collaborate with is not something we like to talk about.

PARINAZ MAGADASSI — In September 2009 you initiated the Bruce High Quality Foundation University (BHQFU), an unaccredited university established in a donated space on West Broadway. Your press release includes these words: “Blind romanticism and blind professionalism are in a false war alienating artists from their better histories. At root, it’s a form/content problem. Arts education is divided between the practical problems of form (e.g., money: how to get it, raise it, administer it, and please the powers that control it) and the slippery problems of metaphor (e.g., education: how to learn, what to learn, why to learn).”
BHQF — Actually, the university isn’t housed in a donated space. The Foundation pays for it. We received some initial support from the public art organization, Creative Time, with whom we have an ongoing partnership, but the foundation is the university’s primary benefactor. Art History With Benefits was the name of a class at BHQFU. The class developed a performance out of a body of research. A panel of three men wearing mirrored aviator glasses presented a slide show that explored the relationship between cultural funding and sex. The presentation culminated with an a-capella rendition of George Michael’s “Father Figure,” with corresponding imagery.

PARINAZ MAGADASSI — The critic Jerry Saltz stated that he was “deeply disturbed but delighted” by the presentation. I found it to be exhilarating. Now BHQFU wants to rework the methodology of a fine arts education. How earnest are your intentions? How diverse is your student body?
BHQF — The university is doing quite well, better than we expected. We now have about 60 students in seven classes and more classes will be introduced in the spring of 2010. Our student body is rather interesting. It consists mainly of 20-something students, but we do have many older artists and many beginners. We have students with PhDs and students that have no college education at all. There’s a broad mix of back­grounds, genders, sexual orienta­tion, and races. Most importantly, the students are serious about supporting each other critically. Founding the university was a response to a problem that a lot of our artist friends have to face. Artists need to talk to each other, and the only avenue for a sustained critical conversation previously available cost a shit-load of money and suffered from the oversight of institutional accrediting agencies. Our intentions are entirely earnest. We have a lot of experience and a lot of artists want to participate in our experiment. We definitely don’t think we’re preaching to the choir. In this country art education is a multimillion-dollar industry, which, considering the economic status of most artists, just isn’t justifiable. We decided that either the government should come up with a few billion dollars to bail out emerging artists or that we had to come up with a way to reconstruct art education.

PARINAZ MAGADASSI — To what extent are you concerned with the details of the lectures and the coursework? Perhaps you’re more concerned about the over-all atmosphere of the school.
BHQF — This is a fine arts university, not an academic university. Information is conveyed to those who need it by creative means. 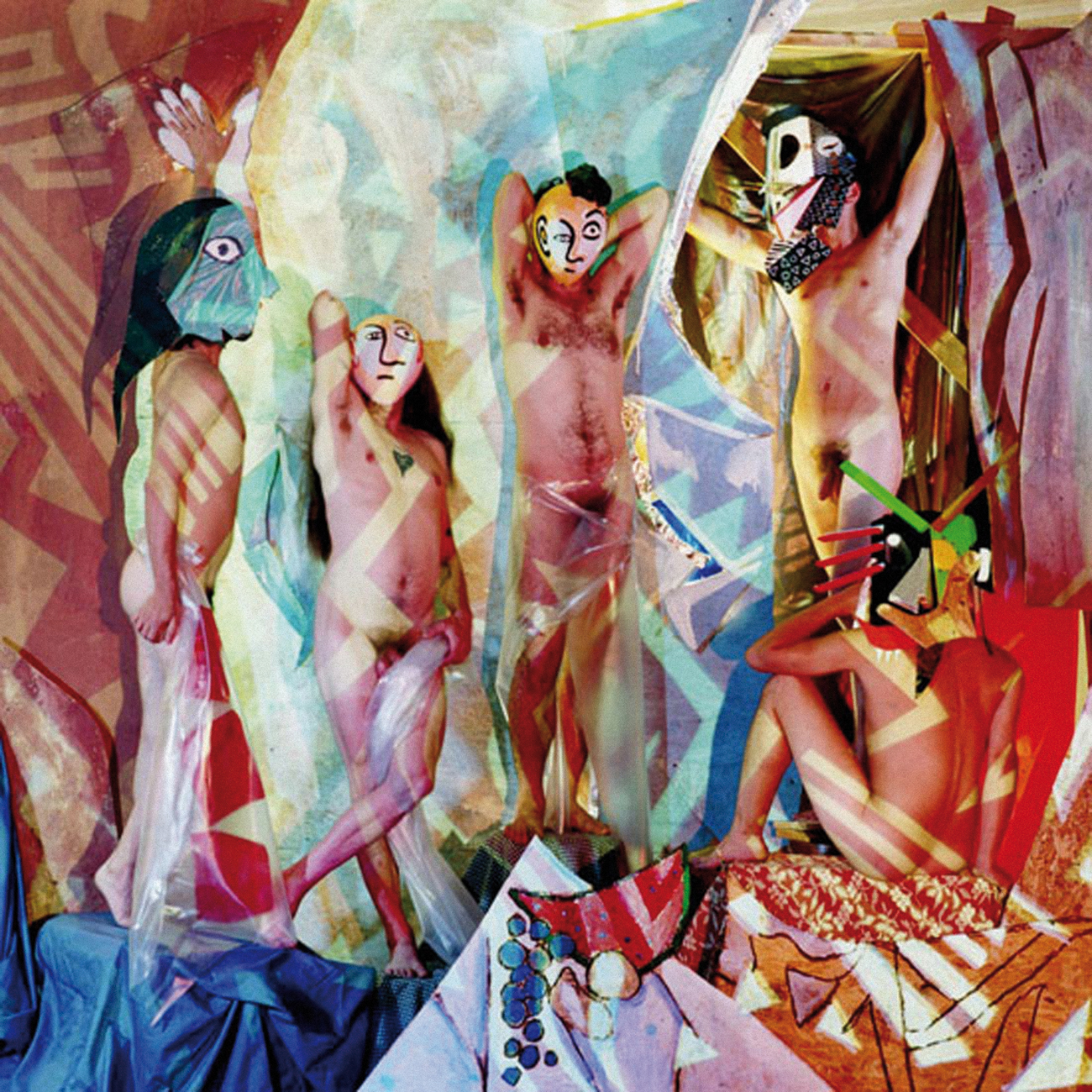 PARINAZ MAGADASSI — Can you comment about that tenacious breed of young artists commonly referred to as careerists? When art is considered a commercial commodity is it realistically possible to curtail such obtuse ambition?
BHQF — We love obtuse ambition. How else can someone be ambitious and be an artist? Artists are engaged in the most ludicrous activity humanity has ever come up with, which serves no need other than the fulfillment of personal desire. We don’t assume that young artists are inherently corrupt. Yes, it’s a bit annoying and sad to watch people fuck their way to the middle, driven by a notion of success that’s outside the purview of what it means to make art. But it’s also annoying to have conversations about art that devolve into talk about health care and rent. Never­theless, we try to burn both ends of that candle, which is probably a big part of why young artists reach out to us.

PARINAZ MAGADASSI — In the aftermath of the recent market correction, a sense of realistic optimism seems to be in the air — maybe it’s a return to the essentials of a less ego-driven environment. That said, have you noticed a shift in the temperament of your peers?
BHQF — We think artists make art because they want to, not because it’s going to make them rich. That was true before, and it’s true now. Even Damien Hirst might make more money in another line of work. The prospect of a new, less money-hungry landscape gives critics and curators something to talk about, but it doesn’t reflect the way artists think about what they do.

PARINAZ MAGADASSI — Are there any preconceived notions about art that irk you?
BHQF — The idea that funny and serious can’t make great bedfellows.

PARINAZ MAGADASSI — Is there an artist whose work you follow?
BHQF — Yes. Julian Schnabel.

PARINAZ MAGADASSI — Because this is Purple and not say, Artforum, I’d like to ask if Bruce High Quality Foundation thinks anyone is parti­cularly sexy.
BHQF — Well, George Michael is still pretty sexy.