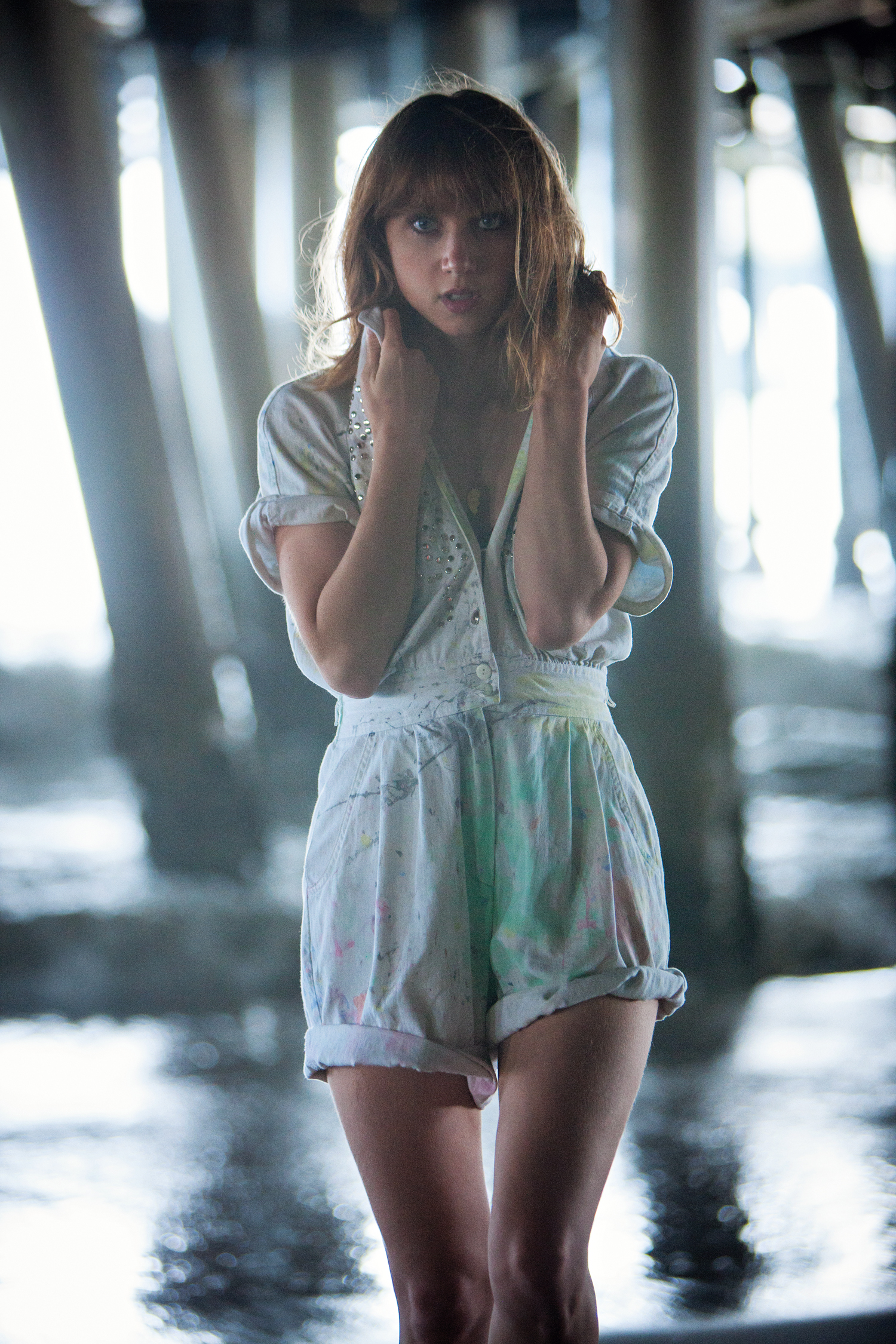 With the labels playwright, screenwriter, and film, television, and Broadway actor already under her belt, Zoe Kazan seems immune to restriction. Born in Los Angeles to screenwriter parents — and the granddaughter of the director Elia Kazan — Zoe hails from a line of Hollywood fixtures. While a student at Yale University, she was tapped to join the Manuscript Society — a notoriously selective club — and began work on her first play. Zoe recently starred opposite her boyfriend Paul Dano in Ruby Sparks, a film she wrote. Despite these accomplishments, it’s clear the 28-year-old is just getting started.

SABINE HELLER — What were dinners like with two successful screenwriter parents?
ZOE KAZAN — My parents insisted on family dinner every night. Other stuff was more particular to “show business” — showing us pre-Code silent films, dissecting the structure of a story, giving us their scripts to read. But they tried to shelter us from their professional world. They gave me great books, found me acting classes when I asked for them, and read my stories even when they were written in crayon and stickers.

SABINE HELLER — You’ve been in eight plays and 17 movies, and had two plays and one screenplay that you’ve written and produced. Does your drive come from ambition?
ZOE KAZAN — I think ambition gets codified as negative, especially for girls. I am ambitious, but in a very particular way. I want to be able to do my work and do it to the best of my ability, which means I want to have power, the power to chose my projects, get them financed, and get
my scripts produced. Ultimately, I think I’m most driven by the absolute love I have for what I do and by the desire to grow.

SABINE HELLER — Has your dedication taken a toll on your personal life?
ZOE KAZAN — Yes. My personal life andfriendships have taken a back burner to solitude and consistency. This is normal in my profession, though. The first few years, you have to work hard to get anywhere. And my work feels personal to me, so I don’t really think of my life as being on hold. It’s just hard to make enough time and space for everything. But I do have regrets.

SABINE HELLER — Which has been your most rewarding role to date?
ZOE KAZAN — Masha in The Seagull was a big one, because I learned so much. She is one of literature’s great depressives. Playing her I realized how deeply funny she is — she has a sense of humor about her alcoholism, her unrequited love, her bad marriage. The audience should be laughing with her, not at her.

SABINE HELLER — I just saw Ruby Sparks.
ZOE KAZAN — I showed my boyfriend Paul the first five pages of the script and he asked if I was writing it for us. It hadn’t occurred to me, but the moment he said it, I knew that’s what I was doing.

SABINE HELLER — Was working together strenuous?
ZOE KAZAN — It was wonderful and surprisingly hard. Our relationship on set was great — on the drive home things would get testy. We’re both incredibly immersed in our work. We can also be very needy, and usually one of us is standing to the side, ready to take care. In this case, we were both working too hard to help each other out. But I’d do it again in a heartbeat.

SABINE HELLER — Through the act of writing your own character, Ruby, you subvert the power dynamics of the Pygmalion myth, from which you draw inspiration. Laura Mulvey would be proud.
ZOE KAZAN — Dude, I’m so glad that you got some of that. I have been very inspired by Laura Mulvey’s work. I wanted the movie to be emotional and accessible. I also wanted to drop in some feminism shit when no one was looking.

SABINE HELLER — You’re working six days a week these days.
ZOE KAZAN — Since Ruby, I’ve shot three movies — In Your Eyes, Some Girls, and The Pretty One, in which I play identical twins. After this, I’m planning on taking some time to write and hang in Brooklyn with my sweetheart.
Special thanks to hair and make-up artist Tsipporah Liebman and set producer Stephanie McDermott