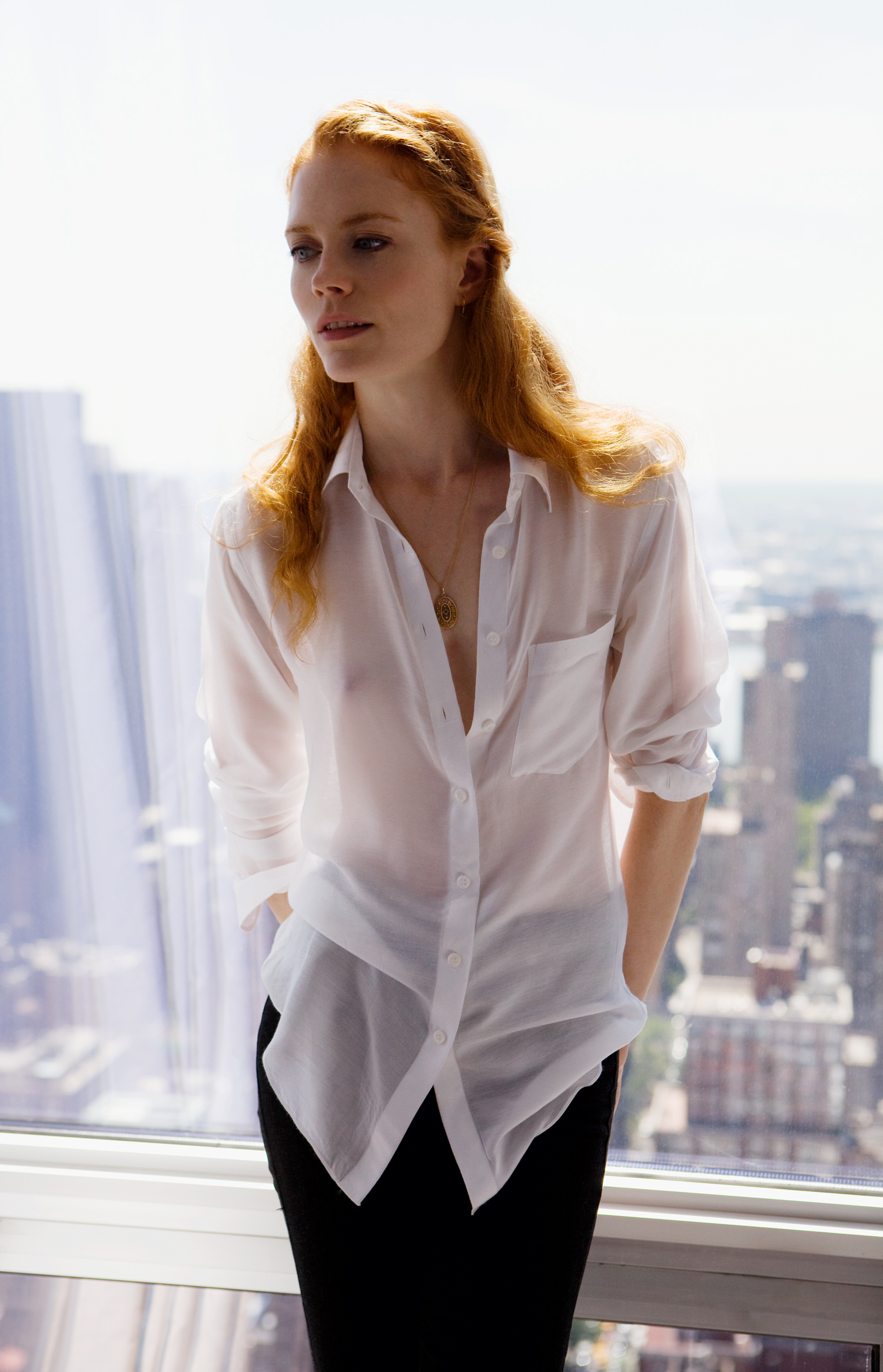 With alabaster skin and a sharp English accent, Jessica Joffe has a regal air. She was raised in Munich in a family of intellectuals, attended boarding school in Britain, and graduated with a degree in comparative literature from Stanford. Already an accomplished writer and reluctant model, only two years after launching her acting career, Jessica has appeared alongside Gerard Butler in Machine Gun Preacher, and Andy Samberg in the romantic comedy Celeste and Jesse Forever.

STEPHANIE MCDERMOTT — What were you like as a child?
JESSICA JOFFE — I really liked learning and still do; it’s probably the most pronounced aspect of me. I started school a year and half early, which led to me being the most immature person in any situation — I never quite caught up to the maturity level of my age group. Now, though, I’m like an old hag.

STEPHANIE MCDERMOTT — But you also seem childish.
JESSICA JOFFE — Incredibly! As a teen you’re drugged by your own hormones for about six years. I was horribly recalcitrant. But I don’t feel different today from when I was about eight. I’ve experienced more but I’m closer to being a kid.

STEPHANIE MCDERMOTT — Your mother is a writer and your father is the editor and publisher of the newspaper Die Zeit. There must have been some pressure growing up in such an intellectual family.
JESSICA JOFFE — I have one sister who’s smarter, taller, blonder, and much more charming than I am. Our parents tried to cultivate us — I remember sitting in a classical music concert wearing uncomfortable shoes, being so fucking bored. But a lot of wildness was encouraged and we always put on little performances. I’m not sure they expected us both to go into the arts, though. They’re probably like, “Why the fuck didn’t our kids become doctors?”

STEPHANIE MCDERMOTT — You’ve been a successful model and actress, despite starting both quite late.
JESSICA JOFFE — I was working as a journalist at The Observer when Vogue asked me to do a shoot, which led to more shoots. I thought it was so weird. I’d modeled as a teenager without much enthusiasm or success, so when I started again it was at the age most models begin retiring. It was the same with acting. When I started I was already past being some kind of superstar. I already missed that boat, if there were a boat to catch.

STEPHANIE MCDERMOTT — Was it daunting working with such big name actors in Machine Gun Preacher?
JESSICA JOFFE — Not at all. Actors are generally supportive of one another, and it’s always someone’s first movie. It was more daunting to show up on set with 300 extras who’d been ordered to obstruct my path and who aggressively followed those instructions.

STEPHANIE MCDERMOTT — How do you get into your roles?
JESSICA JOFFE — You’re always in every character you play, because you’re the instrument. It’s up to you how much or how little you want to mine that character, and how honest you want to be with yourself about that work. I suspect the more honest you are, the more truthful the character becomes.

STEPHANIE MCDERMOTT — How do you feel when you see yourself on screen?
JESSICA JOFFE — I hate it! I only see the mistakes I made. But that’s also one of the nice things about acting — once you do it, it’s there. Same with theater — how you acted that day can never be replicated.

Special thanks to hair and make-up artist Carolina Dali