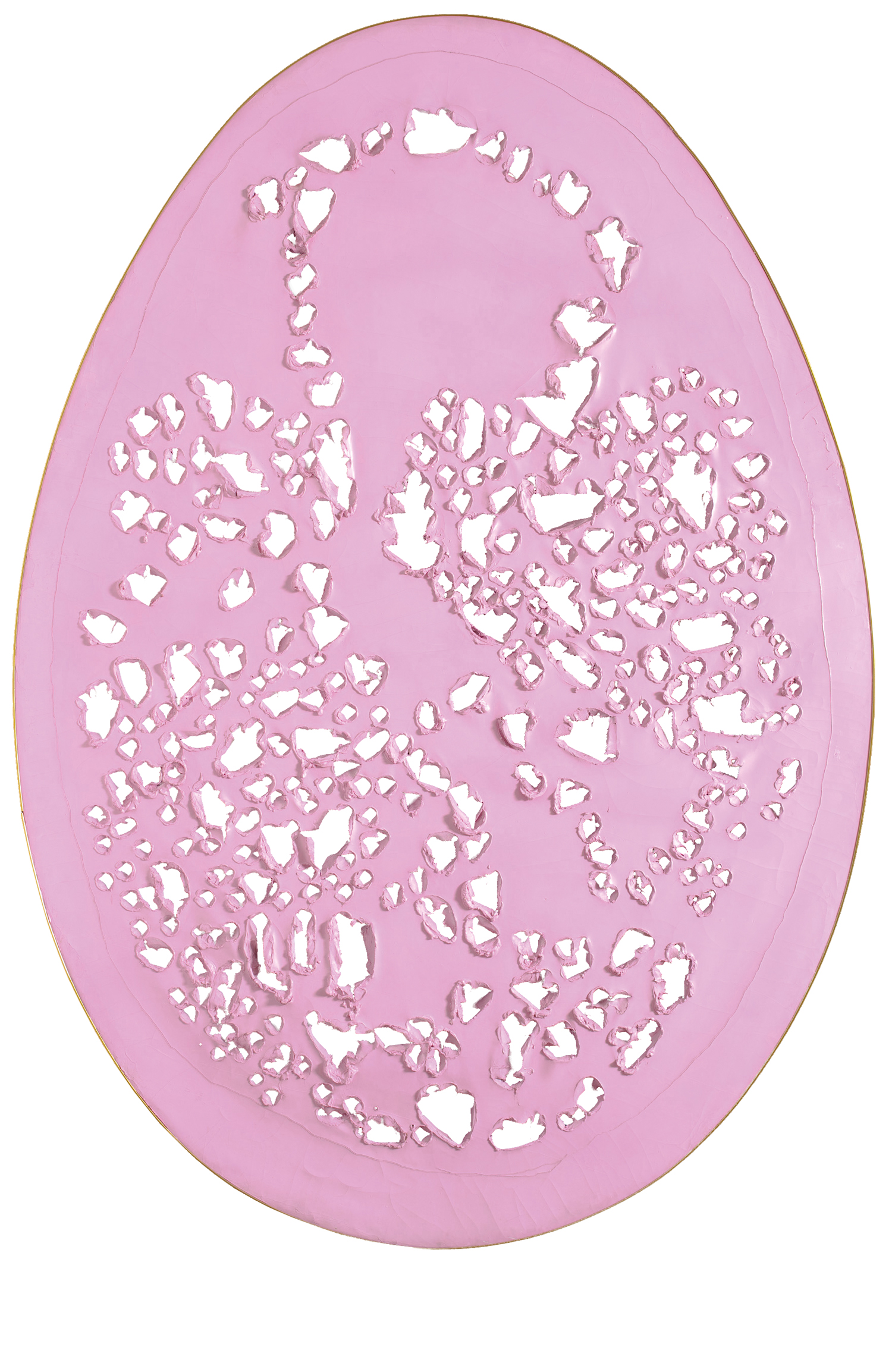 I’d always liked the Italian artist Lucio Fontana’s slash paintings, but more out of curiosity than conviction. Then, this past May I saw a museum-quality mini-retrospective of Fontana’s work at the Gagosian Gallery in New York City: I became illuminated. I was converted.

Fontana’s best-known works are the aforementioned slash paintings, but beginning in the late ’40s he made what artists 50 years later called installation art, using neon lights, colored glass, metal sheets, and painted walls. He also began a series of abstract paintings whose surfaces he slashed, as if the cut embodied the body and soul of these paintings, their form and meaning. In the early-to-mid ’60s he constructed nearly human-sized, egg-shaped canvases, monochromes, which he painted in a heavy impasto the colors of Easter eggs, poking and jabbing lots of holes on their surfaces in all-over fashion, à la Pollock, as in Concetto Spaziale, La Fine de Dio (Spatial Concept, the End of God). The Nietzschean trope “end of God” might have expressed the postwar sense of the Oneness of Being, which he found was beyond the human pale. That Oneness, which was still sought by the Abstract Expressionists who dominated the art world, was questioned, emphatically, in Fontana’s very original art. What he did now seems startling.

Fontana (1899–1968) was born in Argentina and lived there from 1905 to 1922 and again from 1940 to 1947, the war years in Europe. As a young artist in Argentina he made abstract sculptures. In Italy between the wars he made ceramics and bronze casts. After the war, again in Italy, his interest in abstraction reached toward sound and space. Between 1947 and 1952 he wrote five Spazialismo, or Spatialism manifestoes, in which he sought “an art for the Space Age.” In 1949, he exhibited Ambiente Spaziale a Luce Nera (Spatial Environment with Black Light), a room-sized work using neon lights in a dark space of colored walls, a proto-installation style that would reappear decades later and in the Gagosian show. In 1949 Fontana was just about to embark on the artistic direction that would define him. He was 50.

Fontana ripped open the surfaces of his abstract paintings, bringing the space around them inside each one. A single slash or multiple cuts inscribed the surfaces with an effect that was both aggressive and aesthetic. As a theoretical artist, one might think that Fontana’s physical action corresponded to his ideas about the historical position of painting. But the elegance of the slashes — as the depth and diversity of the Gagosian exhibition made clear — revealed a more complicated sensuousness. Fontana transformed abstract painting into a complex tactile art of careful, rigorous beauty. I was reminded of one of my favorite abstract painters, the Californian John McLaughlin, who was born in 1898 and whose career as an artist also began when he was 50. Like McLaughlin, Fontana’s art empties you out as it fills you up. It takes you over. McLaughlin’s abstraction was born in Malevich and Mondrian, but also in the Zen tradition’s balance of shape and light. New York critics hated McLaughlin for such fuzzy logic. Fontana surprised everyone with the calculated gestures of his spatial, well-ordered abstract art