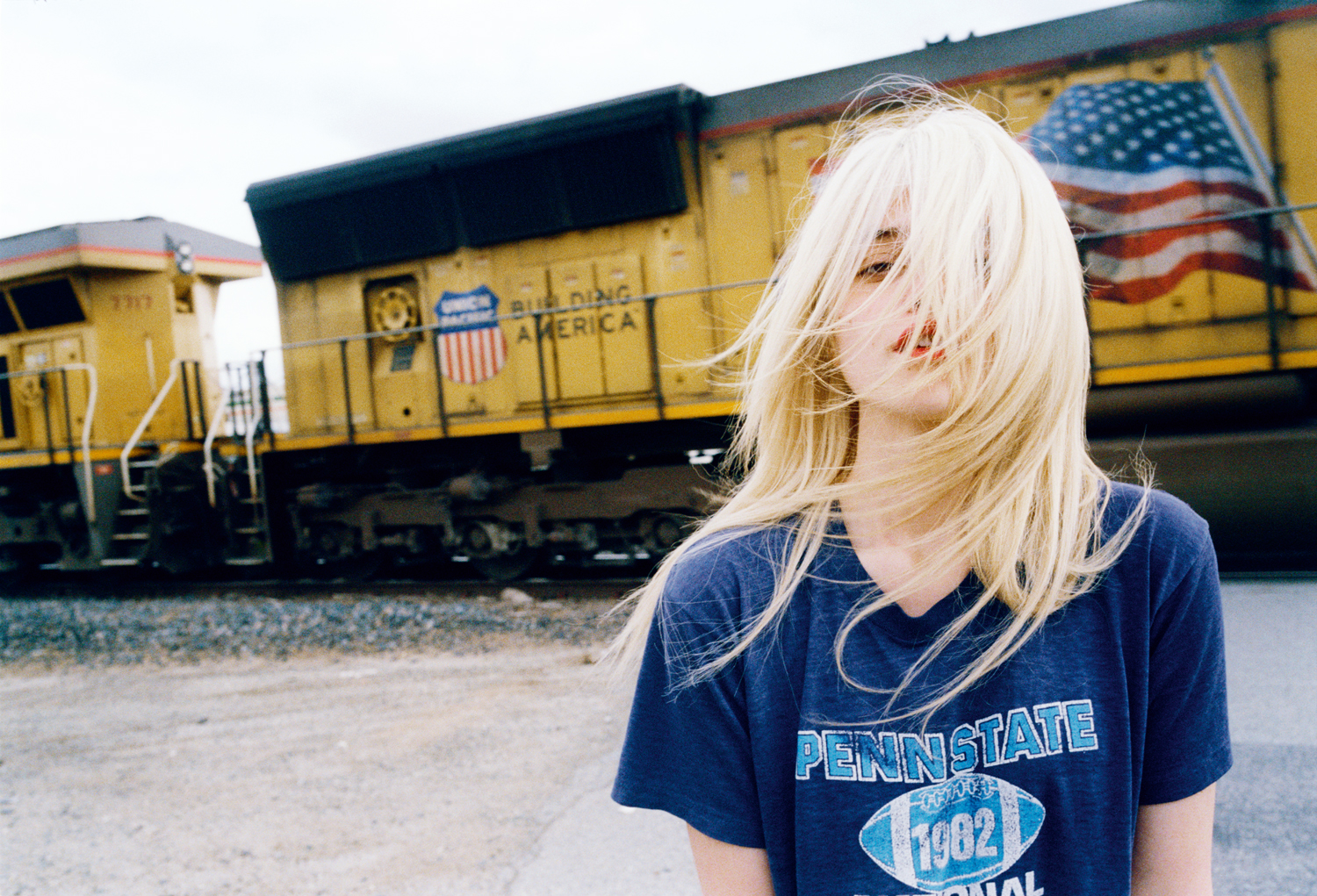 Her debut album I’m Not Alright is out this fall

When she was only 15, Sky Ferreira’s savvy use of her MySpace page won her fame, the attention of the Swedish hitmaking duo, Bloodshy & Avant, and a record deal with EMI. Since then she has written for Britney Spears, remixed Justice, modeled, acted, and recorded a slew of singles, as well as the 2011 dance-pop EP As If! This fall brings the release of her full-length debut I’m Not Alright. The New York Times has dubbed her sound “post-Gaga,” though perhaps the more fitting comparison would be to Mariah Carey, a singer with whom she shares an expansive vocal range. Trained in both gospel and opera, Ferreira, now 20, is determined to make her name as an artist, not “as an it-girl with nice hair.”

LUCIA DAVIES — It’s been five years since you entered the music scene. How much have you changed, personally and musically?
SKY FERREIRA — I’ve changed so much in the past five years. That comes naturally with age, which some people forget. I have a past and I’m not embarrassed by it, but sometimes it’s difficult to get people to take me seriously as an adult since “industry music folks” have known me since I was 14 and 15. I’m influenced by so many artists — Lux Interior to The Everly Brothers and Britney Spears — that it’s hard for me to stay focused on making music that fits into one genre. It’s always been my main problem, and my songwriting has grown so much over time because of my experiences as a pre-teen into a young adult. I’m still learning. I love singing dance songs, but I think my heart will always be with ballads. I’ve always cited Beck as a main influence because he’s managed to make anything he wants and isn’t pigeonholed. It’s the same with Damon Albarn. I’m not looking for hype. I’m looking for a career,

LUCIA DAVIES — What is it like to have grown up in the spotlight?
SKY FERREIRA — I’m not going to lie; it definitely made my self-esteem lower, which was already low to begin with: being picked on at school is one thing, but being criticized by tons of people was a lot harder. Now that I’ve realized a majority of the “opinions” thrown at me don’t matter, and I’m making the music I want to make, it doesn’t feel as bad. It’s definitely had its perks, too, so I can’t complain…

LUCIA DAVIES — How does it feel to be mixing with Jon Brion, Shirley Manson, and Elton John at such a young age? Do you still get starstruck?
SKY FERREIRA — I actually rarely get that starstruck, although it is surreal having these music legends as mentors and collaborators – I’ve listened to their music my whole life. I’ve only been starstruck three times: Johnny Depp, for obvious reasons; John Waters, for obvious reasons; and David Lynch – he got me through the worst years of my teenage life.

LUCIA DAVIES — What inspired your album?
SKY FERREIRA — My album is called I’m Not Alright because that was exactly how I’ve felt my whole life; I’ve always felt a bit permanently depressed for some reason. Experiences of the past few years have also inspired the album; a lot of personal issues … I think having to prove myself is something, too, so I knew I needed my record to sound the best it could. Also, I like to embrace my sexuality, so that had an influence. Some of my songs are completely honest and some are a bit tongue-in-cheek. I think it just reflects who I am at this moment in time. The subjects are bitches, love, drugs, sexism, sexual abuse, happiness, and pity parties. A lot of things people can relate to. Some of it is New Wave-influenced and some is folk/country-influenced. I want to do a bit of everything. I think the songwriting ties it all together.

LUCIA DAVIES — You have been, and still are, involved in fashion. What do you like about fashion?
SKY FERREIRA — I adore fashion. I know all about the models and collections and I’ve always loved fashion photography. I’ve always been interested in it, but I wouldn’t consider myself chic or anything. It’s really helped me promote my music and has given me the majority of my income. I’m really grateful for it, but I’m also aware that I might just be a girl of the “moment,” so I make sure not to get too caught up in it all. Is it my priority? No, but I feel like I’ll always be somewhat involved and inspired by fashion.

LUCIA DAVIES — Do you have a mantra?
SKY FERREIRA — To take life day by day.