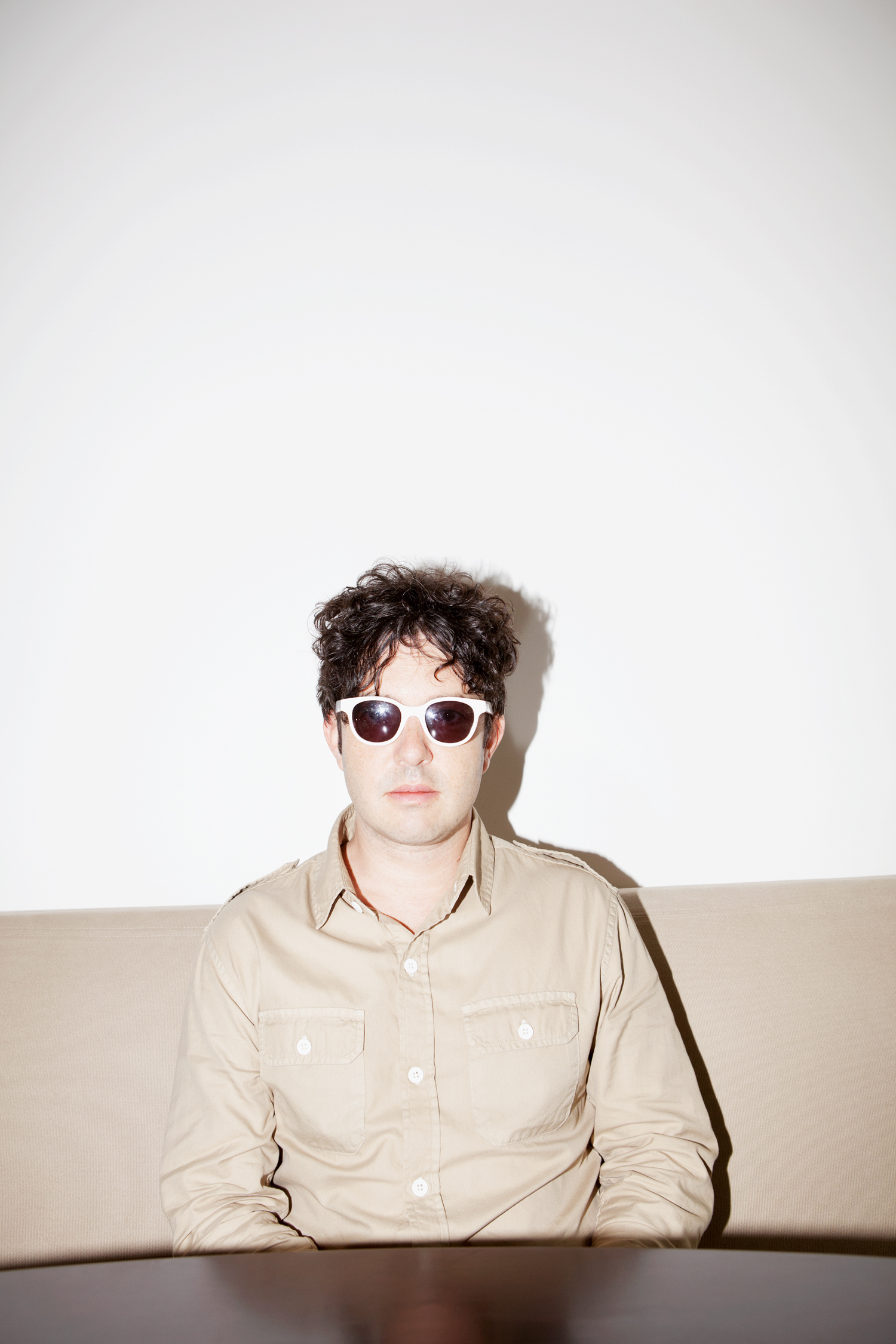 While most performers seek the limelight, soft-spoken and contemplative Harper Simon shies away from the spotlight. His disarming vulnerability, nerdy charm, and passion for art is perhaps why he has been able to draw impressive collaborators — from Tracey Emin and the novelist Ben Okri to Tom Rothrock, the co-producer of his new record, Division Street, which is being released this fall. With a choirboy voice (not dissimilar to that of his father, Paul Simon), sophisticated musical arrangements, and clever lyrics, Harper Simon’s songs are simply irresistible.

SABINE HELLER — What were you like as a teenager — off the radar or a party fixture?
HARPER SIMON — I’m still off the radar. When I was in my early teens I went to hardcore matinees at CBGB’s on Sunday. Nowhere else would let me in! I was vaguely aware that the Punk movement was coming to a close, and I was glad to have caught the tail end before the Pixies, Beastie Boys, and Sonic Youth set the stage for the next great era. Those years were spent floating around on some hippie drug. I was drunk a lot and thrown out of schools. And I discovered LSD…

SABINE HELLER — Did you try other drugs?
HARPER SIMON — Yeah, around 21 I began to like the hard stuff — heroin, cocaine, pharmaceuticals, and alcohol. At the end, it was gnarls. I had a plate of mashed-up morphine, speed, Demerol, and god knows what else, which was blue, pink, and white, and looked like rainbow dust. It kept falling out of my nose and pockets. I needed something every five minutes — a cigarette, a drink, a hit of crack. I was like Rainbow Brite in a nasty mood. But now I’ve been sober for five years. These days a sugar donut sends me into a shame spiral.

SABINE HELLER — You created your first eponymous album with a group of musicians in Tennessee put together by producer Bob Johnston.
HARPER SIMON — Yeah, I love country and western music from the ’40s, ’50s and ’60s: honky-tonk, country blues, gospel, bluegrass. And I loved Bob’s productions from the ’60s — his work with Bob Dylan, Leonard Cohen, and Johnny Cash, which was recorded in Nashville. My mom is from Tennessee, so it’s in my blood. But I don’t want to get stuck in an Alternative-Country/Americana category, so I steered away from that sound this time around.

SABINE HELLER — How is your album Division Street different?
HARPER SIMON — This album is more about New York, the city where I grew up. Many characters are at pivotal moments in their lives: some are going to flourish and others might not make it; some relationships are going to take off and others are going to disintegrate. I coproduced the record with Tom Rothrock, who I admired for his work with Elliott Smith.
I am enamored with the many brilliant musicians who played on this record, like the great Pete Thomas from Elvis Costello & the Attractions, and musicians from Wilco, Bright Eyes, and The Strokes. I am humbled by all their talent.

SABINE HELLER — Why don’t you like to be in the spotlight?
HARPER SIMON — The reason I like to make records is to work with great musicians. I’m never crazy about my own contribution, and I’m just not so wild about being in the spotlight. I just love musicians. And I love to play guitar.

SABINE HELLER — How do you continue to carve your own distinct musical identity?
HARPER SIMON — We all get deeper into our own thing if we just keep doing it.
HARPER WEARS A beige cotton shirt by BAND OF OUTSIDERS and white mike sunglasses by SELIMA OPTIQUE