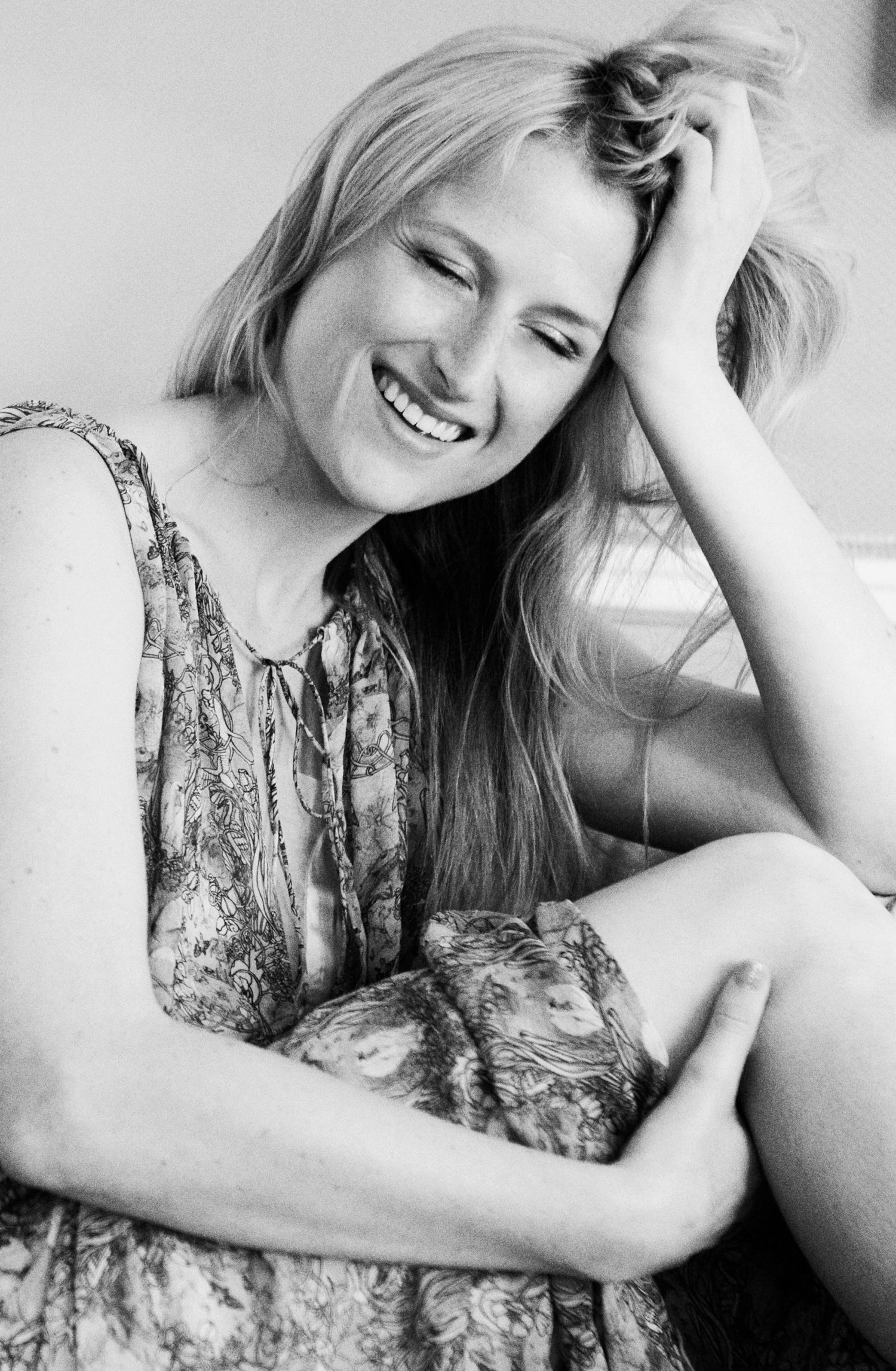 Poised and thoughtful, Mamie Gummer is not what you might expect from a child of Hollywood royalty. Raised in the extremely private home of her mother Meryl Streep and her sculptor father Don Gummer, Mamie has become an actress in her own right. At just 28, she’s starring in the new TV series Emily Owens, M.D. and is ready to emerge from her mother’s shadow — while remaining grateful for the life she was provided.

SABINE HELLER — What was your childhood bedroom like?
MAMIE GUMMER — It’s funny how the walls of your room track your development. I remember having a Janet Jackson poster — the one with the guy holding her tits from behind. That somehow segued into Enya with a painting of the sky with stars. Finally I graduated to Bob Dylan posters and French advertisements.

SABINE HELLER — Was your family home open?
MAMIE GUMMER — No, as you can imagine, we were private almost to the point of occasionally being antagonistic to outsiders. It was a really guarded and sort of sacred place. My parents didn’t do a ton of entertaining. People sometimes assume that luminaries were walking in and out of the door. That’s so not the case — their friends were, and still are, our neighbors.

SABINE HELLER — There was a lot of make-believe I presume.
MAMIE GUMMER — Yeah, we’d have plays. I was always the star, but there was room for supporting roles. So my sisters were able to play the dogs and the handmaidens. My mom played an important role: key audience member. And my dad was behind the video recorder. We were lucky to grow up in a household that fostered that kind of self-expression.

SABINE HELLER — Was it tough to be raised by an acting legend?
MAMIE GUMMER — I don’t have a choice other than to pack up my shit and call it a day and do something else. Because I’m here and I’m in it, I just make it work. I’d feel like an asshole complaining about my life. I’ve had a great life and I was lucky to have been brought up right. I love my family, so I’m not going to begrudge the situation. Sure, it’s had its own unique challenges, as you can imagine.

SABINE HELLER — How was it playing a younger version of your mother in The Evening?
MAMIE GUMMER — Actually, they approached my mom to play me as an old woman. IMDB should write: “Meryl Streep played an older version of Mamie Gummer!”

SABINE HELLER — Tell me about your new show, Emily Owens, M.D.
MAMIE GUMMER — Its charming — Bridget Jones-y, Ally McBeal-ish mixed with Scrubs. In television, you have to trust the people running the show. With a film or play you get the script, the complete story — and you’re like okay, I can do this. With TV, the story is evolving and you have to believe it’s going to come together in a way you can get behind. I trust the creators will make something with integrity and heart.

SABINE HELLER — I sense you’re more actress than star.
MAMIE GUMMER —  Thank you. I’m so glad someone observed that. It means I’m doing something right. I always valued theater — the unpredictability and alchemy of it — and wanted to stay in that world, but it just became unfeasible when I was receiving weekly checks for $250. I’d love to commit myself to fine, independent films, but so would a million others. So, I’ve found a comfortable working environment in television, and I think if I can manipulate that format to fit my sensibility, then I ought to.

SABINE HELLER — You’re remarkably grounded.
MAMIE GUMMER — This line of work attracts some really damaged souls. I’m just not an asshole! And maybe my career suffers a little from it because I’m not hungry and ambitious, but I can’t imagine that would make me happy. You get what you give.