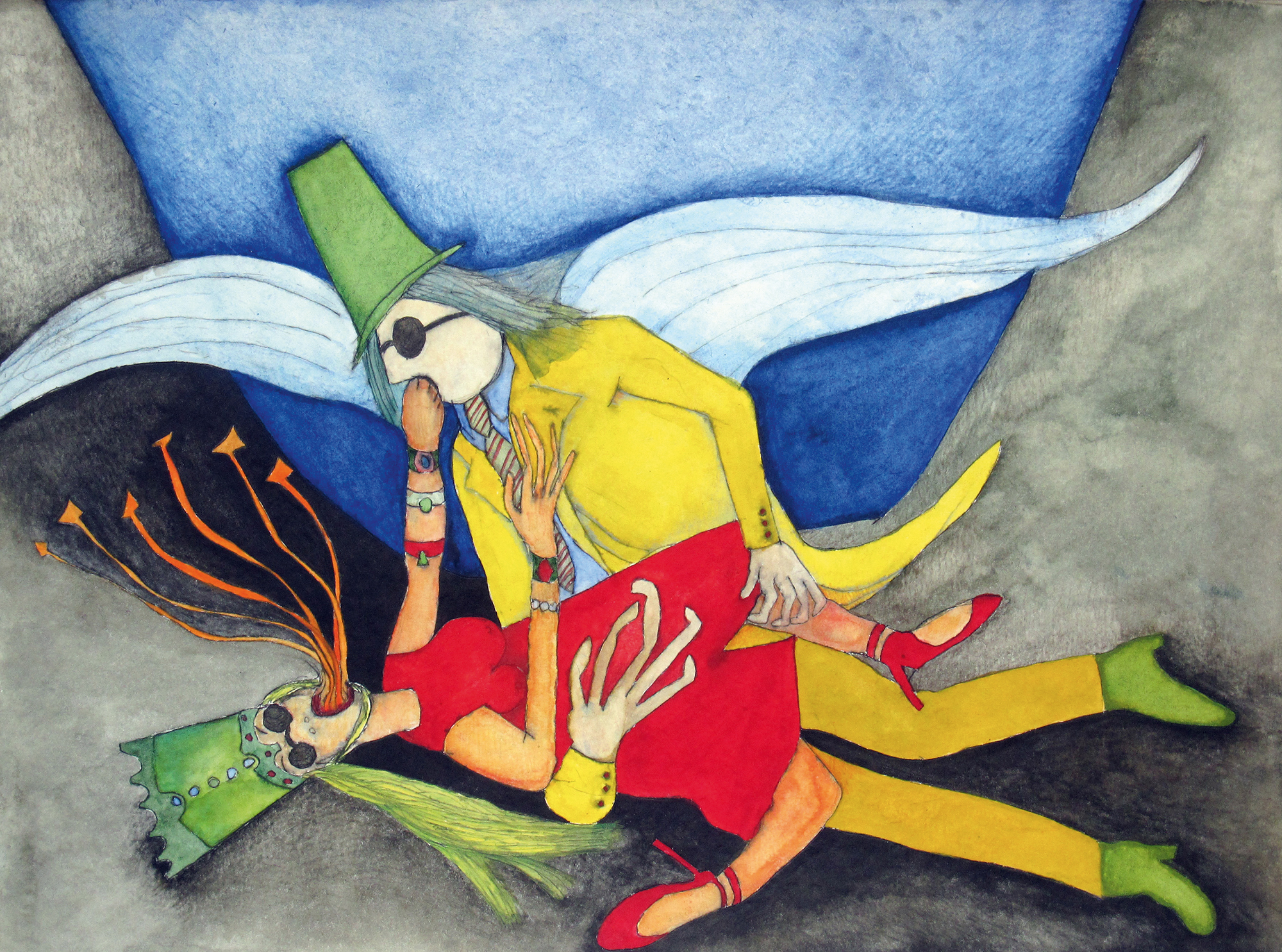 pascALEjandro is a statement on true art and love. It began as a collaboration — for the sake of love — between the filmmaker and poet Alejandro Jodorowsky and Pascale Montandon, who was to become Pascale Montandon-Jodorowsky, painter, stage and costume designer, poetic being. Alejandro drew the lines, which Pascale inhabited and transfigured with colors.

The moves were bold on both parts. Her paintings had been, until then, in black and white. He had collaborated with many of the world’s leading draftsmen, including, famously, Moebius; he was already widely recognized for his films, his poetry, his theater actions, his comics, his acts of psychomagic — but a painter he was not. He could only be one if the painter was not himself, but another being: pascALEjandro.

Drawing on the three final letters of Pascale’s first name and the three first of Alejandro’s, this is a new creative entity, a recreation of Plato’s original androgyne. pascALEjandro lives in an intense world; one could even argue that he functions as a device for intensification. Every drawing brings together sharp colors, making the world much brighter and livelier than it appears most of the time. There are symbolic creatures; there is distance toward groups, belief in the ultimate powers of the individual; there is magic rooted in the human being, the only way into actual transcendence. There is cruelty; there is tenderness; there are so many qualities that make us who we are when we exist as ourselves, truly.

These drawings are manifestos for a conception of life that would be truly humane and essential, and would separate itself from the dissemination of our hopes into the actuality of our lives. Some of them may seem fantasy -like — and yet they are more precisely accurate than any form of so-called realism. There is presence in each of those images and, as such, incitement for us to live our lives in the great lineage of the sacred.

pascALEjandro is by no means formalist art: it is a tool to improve our awareness of things around us and how we circulate amidst them. It is a creating creature, made from art and love, both merging into one mode of exist- ing in the world. And the enfant prodige would hardly limit itself to one form or another: a creature of painting, pascALEjandro is also involved in film — as the author/intensifier of colors on both of Alejandro Jodorowsky’s most recent films, La Danza de la Realidad (2013) and Poesía Sin Fin (2016). It is a metaphysical improver of human lives.
A selection of pascALEjandro’s works will be displayed in the largest presentation to date, in April-June 2017 at Galerie Azzedine Alaïa, the couturier’s not-for-profit exhibition space in the heart of Paris.