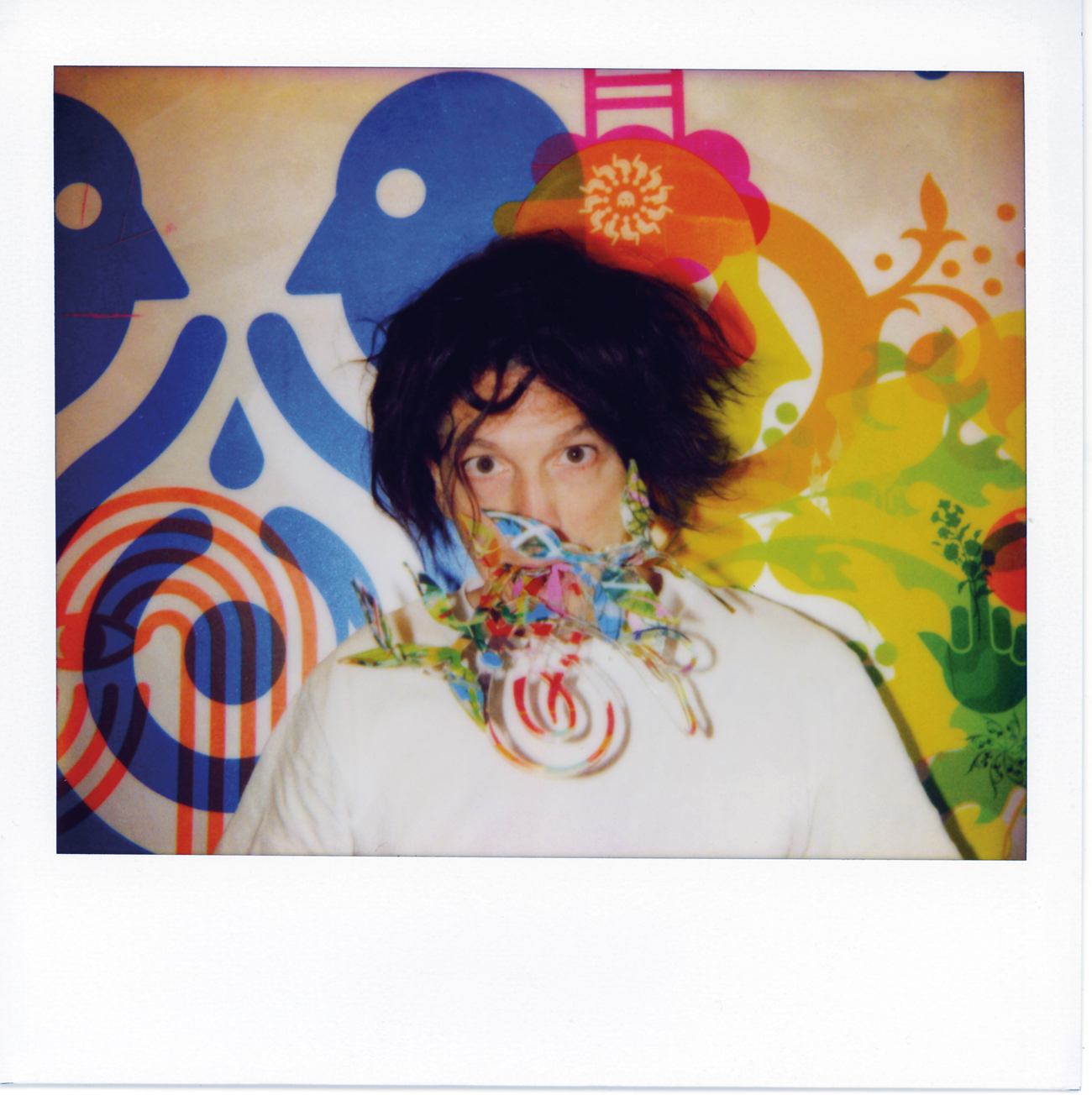 It’s hard to imagine that anyone could outdo the shock value of Andy Warhol’s famous fright wigs, but painter Ryan McGinness has done just that with the limited edition of wigs he’s created using harvests of his own hair! Fixed somewhere between Locks of Love and The Silence of the Lambs, McGinness’s personal appearance is also somewhat disturbing. You can have a look for yourself when Ryan McGinness Works opens at Deitch Projects this coming March. Ryan will be the guy in the white dress shirt — for the past ten years he’s worn only white shirts — and the weird upside-down beard on his head.

BILL POWERS — What was your idea behind this project?
RYAN MCGINNESS — During a lecture I gave eight years ago someone in the audience asked me if I was wearing a wig. I wasn’t, but it started my thinking about wigs, and then really liking the idea of wearing a wig as a way of standardizing my appearance, in an effort to achieve total efficiency. Although I had adopted a limited set of clothing variables by that time, I hadn’t addressed the hair situation. So for a few years I’ve actually outlined the idea in my sketchbook. I revisited the idea two years ago when I was working on the Varied Editions show at Pace Prints. With the pieces in that show I wanted to push the idea of making unique objects within a set of variables. This wig project would have been a good fit for that concept, but I didn’t have the time required to grow hair for the three wigs I needed to make my point.

BILL POWERS — Were you influenced by Andy Warhol’s wigs?
RYAN MCGINNESS — Of course — My wigs fit in line with Andy’s fright wigs. However, it’s important to me that the hair in my wigs is real and that it’s my hair. This differentiation underscores my attempt to humanize Warhol’s approach to art.

BILL POWERS — How did you find wigmakers?
RYAN MCGINNESS — Deitch Projects recommended Bob Kelly Wig Creations in midtown Manhattan. Apparently Vanessa Beecroft used them for her models’ wigs. But what was more exciting for me was that they’re the wigmakers Saturday Night Live uses.

BILL POWERS — Is there a date set for the debut of the work?
RYAN MCGINNESS — No, the first wig is just sitting on my desk in my studio. It will take me a few years to complete the set of three.

BILL POWERS — Will there be any variation in the edition of three wigs you’re making?
RYAN MCGINNESS — Yes. It’s a real edition, and I’m growing the hair for them myself, so each will be inherently unique.

BILL POWERS — Do you consider this work to be a fashion statement?
RYAN MCGINNESS — No.

BILL POWERS — What’s been the reaction so far?
RYAN MCGINNESS — I have been asked to take my wig off during moments of intimacy.

BILL POWERS — What have you learned about yourself, art, and grooming from doing this?
RYAN MCGINNESS — An informal poll suggests that people like me better with long hair.