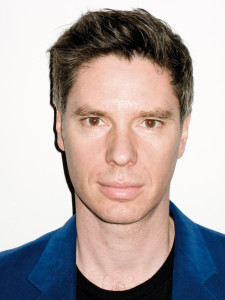 In the last three years alone this tiny imprint has produced artist books by Richard Prince, Matthew Barney, Terry Richardson, Elizabeth Peyton, and Christopher Wool, and a book of Adam McEwen’s text messages is on its way now. John McWhinnie’s headquarters, located across the way from the Plaza Athénée on 64th Street, features a neatly cluttered front office that visitors must enter through a fake bookcase in the parlor-floor library of the Brownstone at number 50-and-a-half. It’s all very Charlie Kaufman-esque. Though McWhinnie’s client list is highly confidential, it is known to include people like Marc Jacobs, Ronald Lauder, Bruce Weber, and Peter Brant. The firm has handled the sales of the libraries of Norman Mailer and Cormac McCarthy, among illustrious others, and has essentially created a system whereby contemporary authors can place their holdings at major universities. JMc@GHB is truly the preeminent rare bookshop in the United States.

BILL POWERS — Tell me about the last time you went dumpster diving.
JOHN MCWHINNIE — It was maybe 15 years ago, while I was working as an academic at Columbia University. When professors passed away, their families had a tendency to toss out anything that didn’t seem of significant value. So after this one economist died, three big dumpsters worth of junk appeared outside his building. I scrambled through one pile and found a letter written to him by Albert Einstein. I was in that dumpster for a total of 25 minutes and two weeks later  I sold the letter for $2,500. It seemed like easy money. I was planning on doing my doctoral work, but I gave it all up and got into book dealing.

BILL POWERS — You recently arranged for Hunter S. Thompson’s archive to go to Johnny Depp. You’ve sold books to Depp before, right?
JOHN MCWHINNIE — In 1993 Johnny came to a book fair where I had a book called La Pento Mac, which was about a performer renowned in Parisian burlesque halls around the turn of the century because he could fart perfectly in tune. He could play the latest hit songs by breaking wind. Apparently, it didn’t even smell. Johnny came by and bought the book. I subsequently heard that he really wanted to play the man in a movie — to portray a guy who became a legend for singing out of his ass. 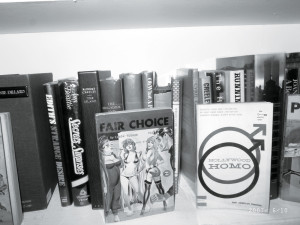 BILL POWERS — Did you party with him?
JOHN MCWHINNIE — I was supposed to be working, so let’s just say I had a few drinks. I shied away from anything more ambitious than a joint. Hunter was trying to write for Vanity Fair at the time, but he had a profound case of writer’s block. I found a copy of his first novel, Rum Diary, and he asked me to read page after page of it aloud to him as he sat at his typewriter. Listening to his earlier writing allowed his creative juices to flow and he’d start pecking away.

BILL POWERS — Didn’t you sell one of Hunter’s Fear and Loathing in Las Vegas manuscripts to Richard Prince?
JOHN MCWHINNIE — I first met Richard in 1998 and I started selling him high-caliber association copies right away. I got him letters that Truman Capote and Perry Smith exchanged while Smith was on death row, William Burroughs’ personal copy of Naked Lunch, and Nabokov’s personal copy of Lolita. I believe that in the next few years you will see the bulk of Richard’s library on view in a major institution.

BILL POWERS — Why’s that?
JOHN MCWHINNIE — I think Richard got spooked after his Second House piece was struck by lightning and he feels an enormous responsibility as the custodian of his collection. I say this with no sense of immodesty: there’s no one in the world who has a more important, complex, or definitive assortment of books, manuscripts, and letters of 20th-century American literature.

BILL POWERS — What’s the best thing you’ve come across in your travels?
JOHN MCWHINNIE — Neal Cassady’s copy of On The Road. Neal Cassady was the basis for the main character in the book. I found it last year in the house of Cassady’s widow, north of London, England. It’s an incredibly potent relic.