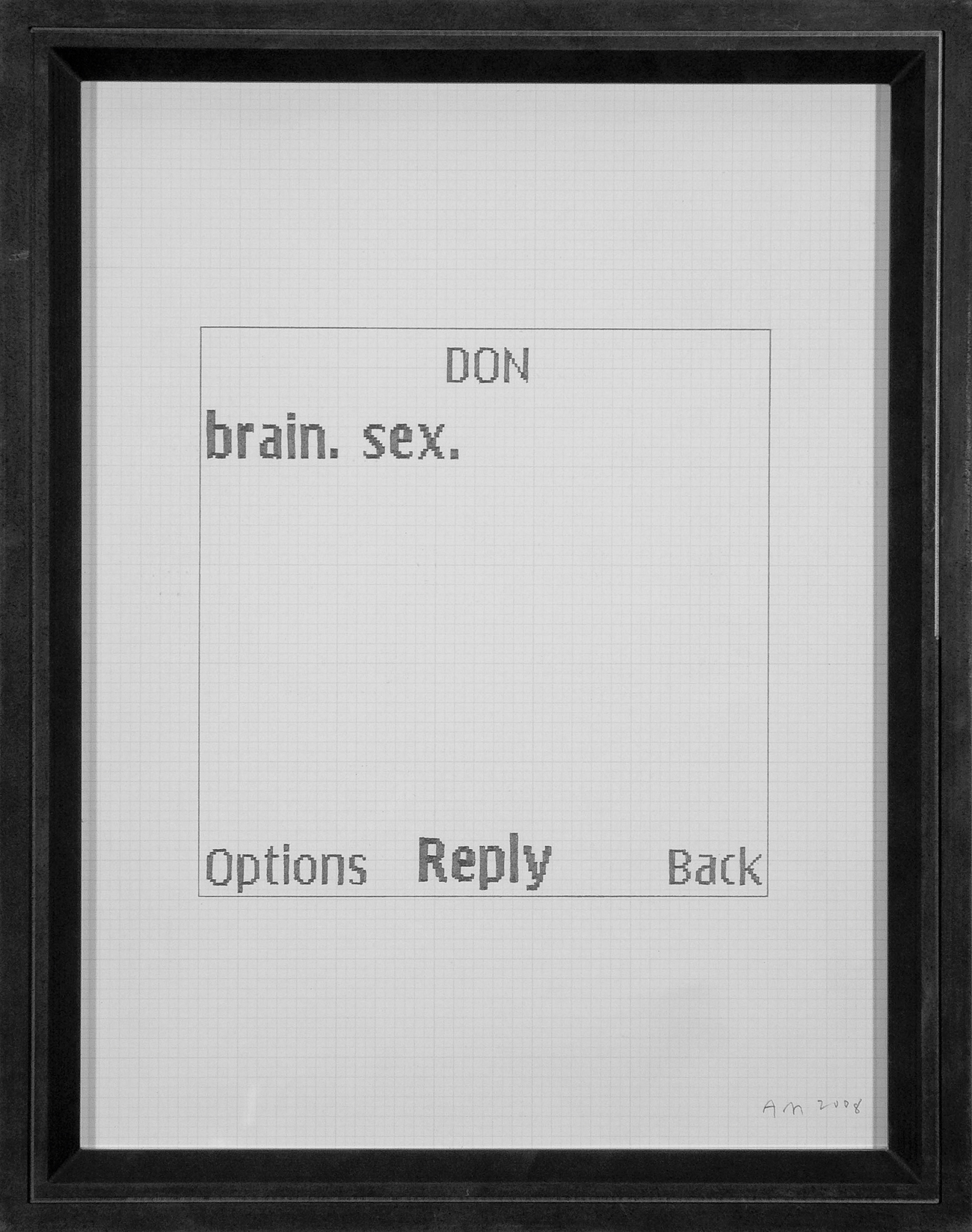 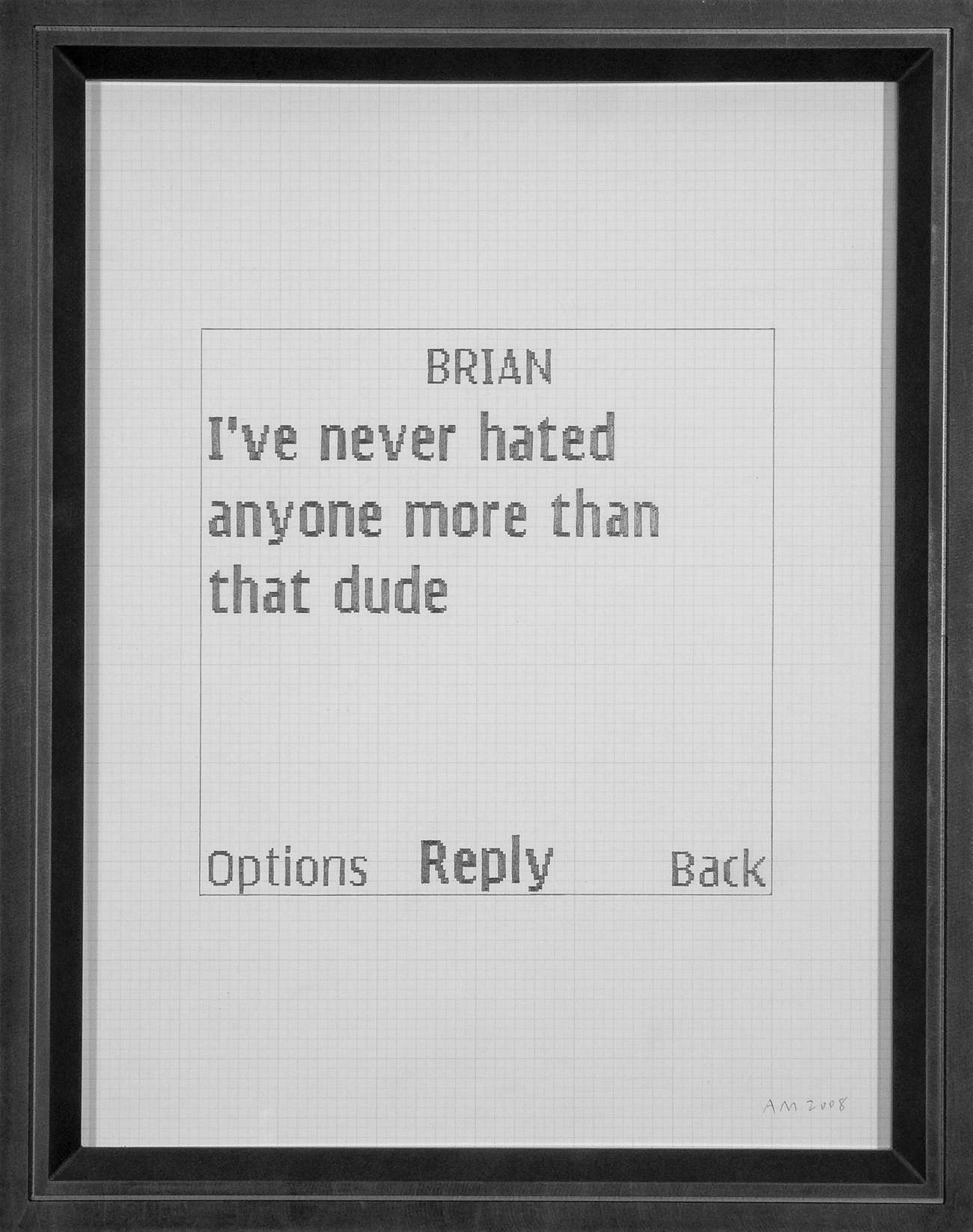 The past five years have been good to the art world. Artists, collectors, curators, museums, magazines, and even its critics have earned great bounty. And though anxiety did occasionally plague the art tribe in the past year, a greater sense of euphoria has prevailed. The belief was that the global art market had become immune to the vacillations of other economies. If the Americans dropped out, so the thinking went, the Russians would step up; if the Russians faltered, there were the Koreans; if the Koreans stumbled, the Arabs would pick up the slack; and ultimately if they all swooned, there would always be the Chinese. It was, after all, an art world that was looking increasingly like a polyglot clusterfuck, something along the lines of the orgy scene in Bob Guccione’s Caligula. 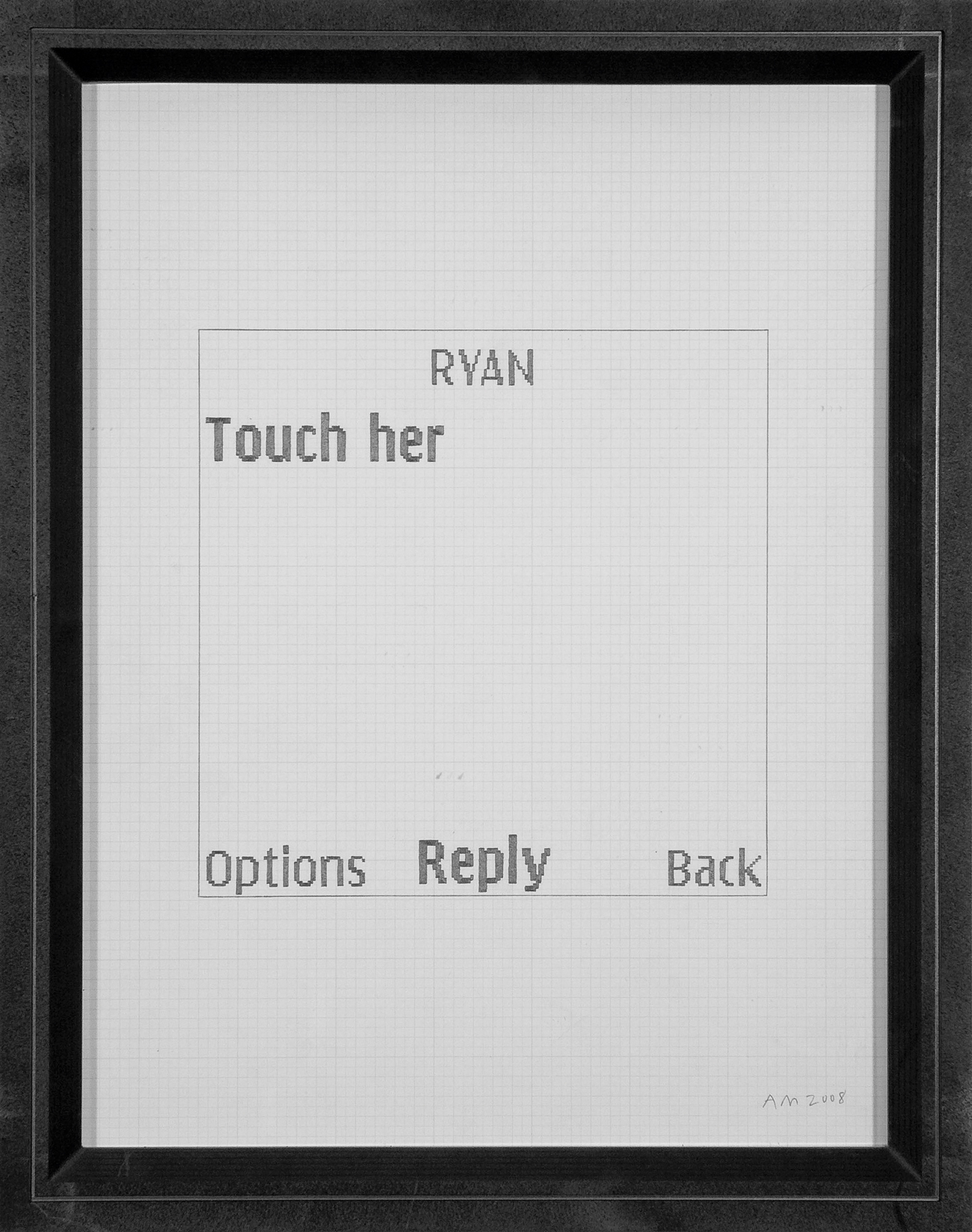 In the midst of this spectacle of art lust, trendy art fairs, and high-profile biennials, the artist Adam McEwen inserted a quiet but prescient intervention last summer at Glenn Horowitz Bookseller, a bookshop and gallery in East Hampton, New York. McEwen’s exhibition featured a mixture of graphite sculptures made of ordinary things like shingles, light tubes, and yoga mats, as well as graphite drawings of text messages. These messages included ones sent to McEwen by friends and other people that he’d collected on his outdated Nokia. One of these was sent by a distinguished art critic who identified himself only by his first name, Jerry. In a mocking tone, it announced to the entire clusterfucking art world at Art Basel that he had been named Art Critic of the Year. But the message seemed less about the clusterfuckers and more about the critic himself, so one couldn’t help but raise an eyebrow at the decidedly sexual and sexist language, even if it was sent with a certain irony. Art, fashion, and commerce — the orgy of our times and an unstoppable maw — seemed to have claimed even its critics. The piece suggested that no one is immune to this type of banquet. 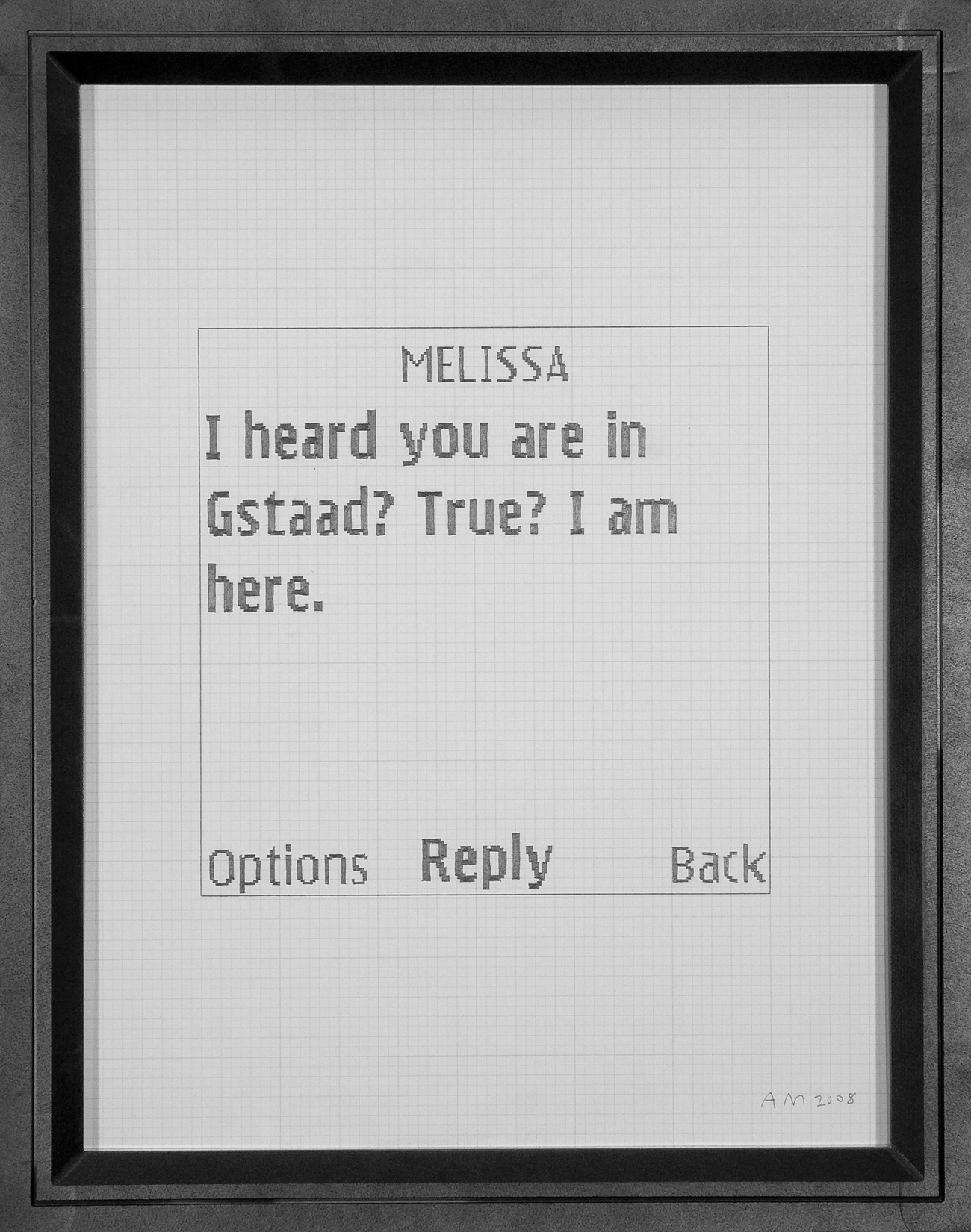 Overshadowing this text message drawing in McEwen’s show was a more ominous work of art, one so prescient that, in retrospect, it cast the artist at the mystical end of the spectrum as an oracle, and at its pedestrian end as someone who looks around and sees signs — signs obvious to him but to which we’ve become oblivious. McEwen had placed a small hand-painted foreclosure sign in the bookshop’s window. The sign announced the death of the real estate market in the Hamptons and across the country. In retrospect, it’s now apparent that it also announced the end of the art world as we know it. But first, to confirm the death of real estate investment, McEwen soaped up the shop window and tagged it with ’80s-inspired graffiti (an attractive art form, but ultimately an aesthetic dead end that still lures unsuspecting artists to their graves before maturity can develop). It was an artwork that acted as a touchstone for its time, rendering palpable the nagging fear that a bubble was about to burst. Not surprisingly and without irony, the sign was mistaken for the real thing, because such things were really happening all over the country, in real estate and in art markets. Foreclosure, it turns out, is now a part of the art world’s vocabulary.

The reaction to the piece was immediate and loud. Horowitz’s landlord demanded that the sign be removed. A few of Horowitz’s banker clientele suggested the sign unnecessarily reminded people  of troubling undercurrents they’d rather not address. Some thought the gallery had gone under and had sent messages of consolation and encouragement to the proprietor. People walked by, assuming it had closed.

Fast-forward to a month after the show closed. The world’s a much different place. Economies have trembled. The clusterfuck in the art world has quieted down. Instead of the mania, there’s a melancholic cast to art’s complexion. Where spectacle once raged, sincerity is the new clarion call. But I’d stick with McEwen, who is a deadpan literalist and ironist rolled into one. He’s still cranking out works with the brilliance of a literalist crank and he may have hit upon his most brilliant idea yet, an artwork for these survivalist times. McEwen has appropriated actual jerry cans, which have been produced essentially without change since the Second World War, and reissued them in editions of blue, yellow, and red. He fills the cans with the essentials for living in a post-apocalyptic world: water, gas, and diesel fuel. As with all of McEwen’s work, there’s a clever catch — these practical sculptures reduce the artworks to their frames when deprived of their valuable contents, which, if needed in a pinch, can be used to fill a car’s tank, a generator, or a human body. Used in this way, however, the collector destroys their complete artistic identity — until, that is, the crisis passes and a collector refills them.

In early October at the Whitney Gala, two hundred of the art world’s most privileged art-centrics met in the darkened interiors of Breuer’s brutalist architectural masterpiece. The mood was somber. The normal live auction was replaced by closed bidding. One couldn’t help but feel as if veterans of the art world had gathered in a fallout shelter to wait out the apocalypse — after which they’d repopulate the art world to accommodate a new race of artists, collectors, critics, curators, and dealers. Although the gift bags handed to the departing were full of expensive lotions and hot-off-the-press coffee-table books, I saw a few of McEwen’s jerry cans poking out of the bags of the more astute gala attendees. Which is as sure a sign as any that austerity has replaced the former festival atmosphere and, at least for now, the clusterfuck is over.