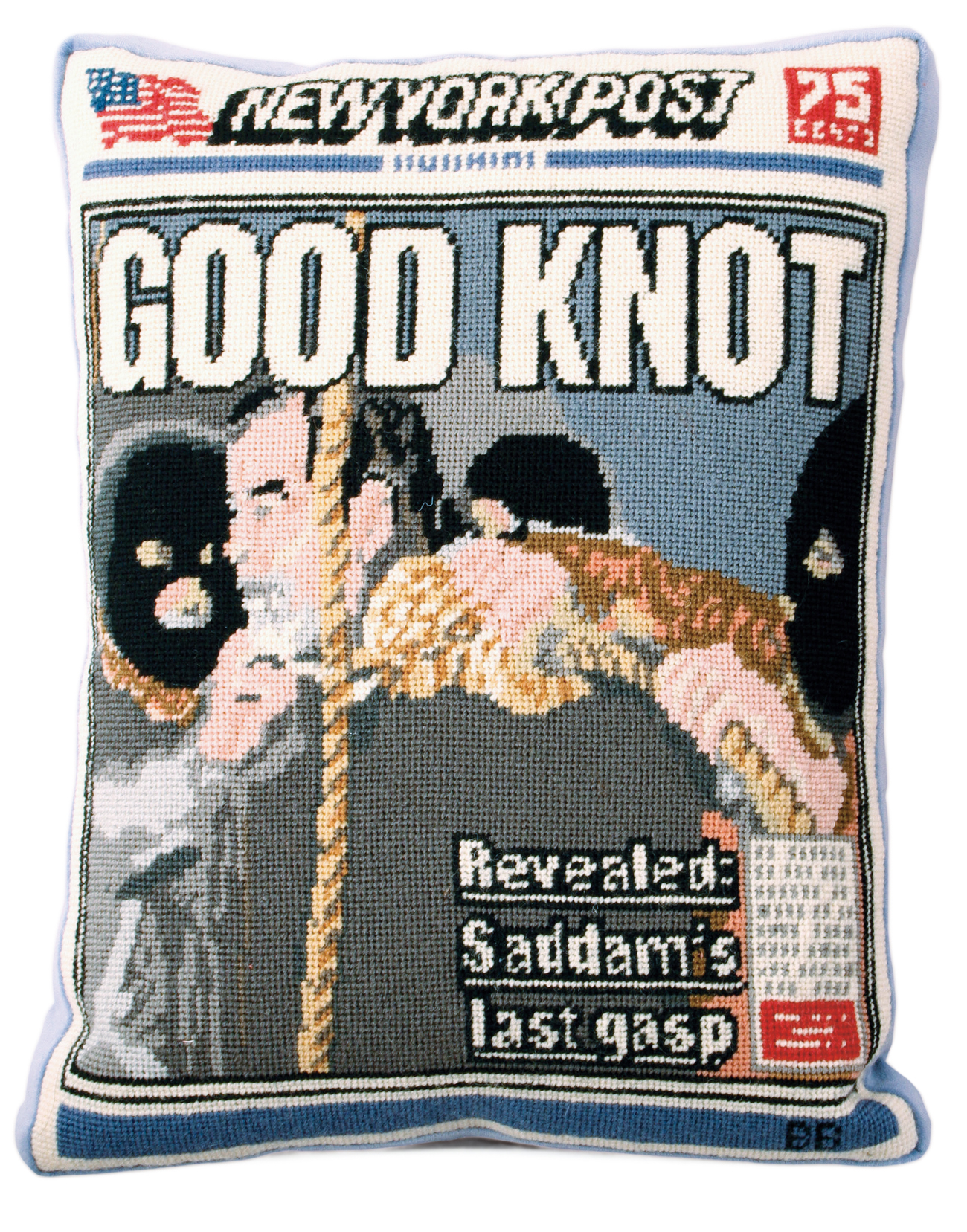 Brigid berlin has always been obsessed with current events, especially the headlines of the day. In the late ’60s and early ’70s she took Polaroids of the front pages of The New York Post and The Daily News which featured major events like the Sharon Tate murders, J. Edgar Hoover’s death, and American astronauts landing on the moon. Then again, news and newspapers are in Brigid’s blood — her father, Richard E. Berlin, ran the Hearst Publishing empire, a job handed to him by the legendary William Randolph Hearst himself. 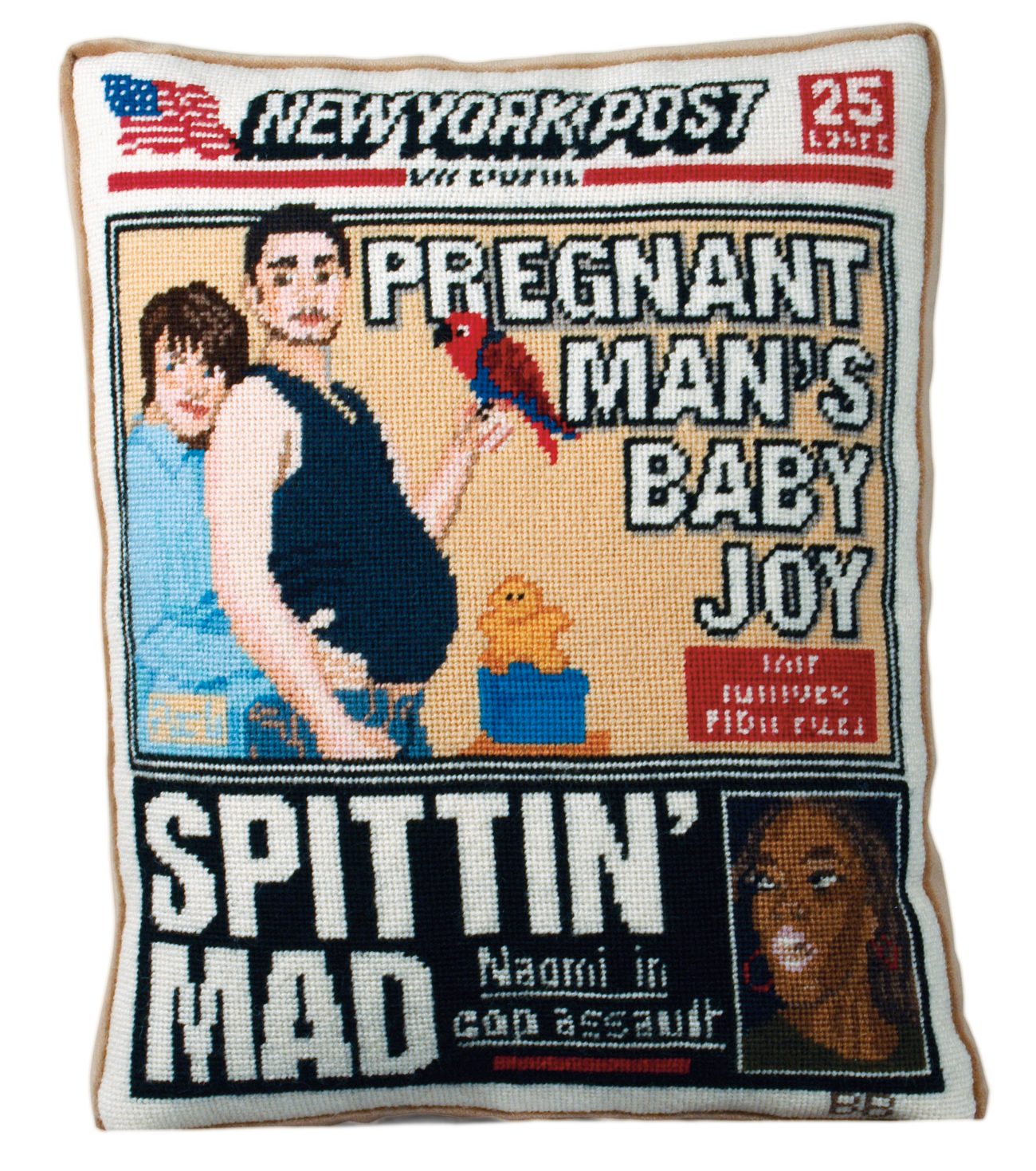 Brigid also starred in Andy Warhol’s film, Chelsea Girls, and was a muse for Andy’s audio-tape recordings and Polaroid pictures. In 1974 I was working on various ideas for TV with Andy at his studio at 33 Union Square West in New York City. We invited Brigid to come in and let us videotape her monologues and have her do a test for a TV show that we conceived called “Fast Breaking News.” She sat a table with a typewriter in front of her and read from newspapers and then she played tapes of radio and television broadcasts about the kidnapping of Patty Hearst by the Symbionese Liberation Army: Patty being renamed Tania, the bank heist she was involved in — the whole dramatic story. In 1976, after Brigid had lost a good deal of her 260 pounds, Andy asked her to work full-time in his studio. Besides transcribing Andy’s audiotapes and answering the phone, Brigid designed and created one-of-a-kind needlepoint shoes, first for Andy’s friend and business manager, Fred Hughes, and then for many of Andy’s art dealers. From that time up into the ’80s, Brigid would often sit with Andy on the windowseat of his studio at 860 Broadway, overlooking the north side of Union Square, and read The New York Post and The Daily News with him. Some of the stories they read became the topics of discussion and gossip.

A few years after Andy died, Brigid started making her Tit prints again. In 1995 the O.J. Simpson murder case became the trial of the century, and Brigid was riveted to the television as she watched it unfold. She wouldn’t go out and only spoke to people on the phone. She made Tit prints of the gloves, hat, and other key evidence presented at the trail. She mounted an exhibition of the prints, including many colorful abstract versions, at the Stubbs’s Gallery in 1996.

After appearing in the docu-mentary film about her life, Pie in the Sky: The Brigid Berlin Story, in 2000, Brigid started to focus on needlepoint again, this time in the form of pillows that referenced current cultural and hard-news events like the Michael Jackson child molestation case, the Middle East crisis, and various sensational crimes. 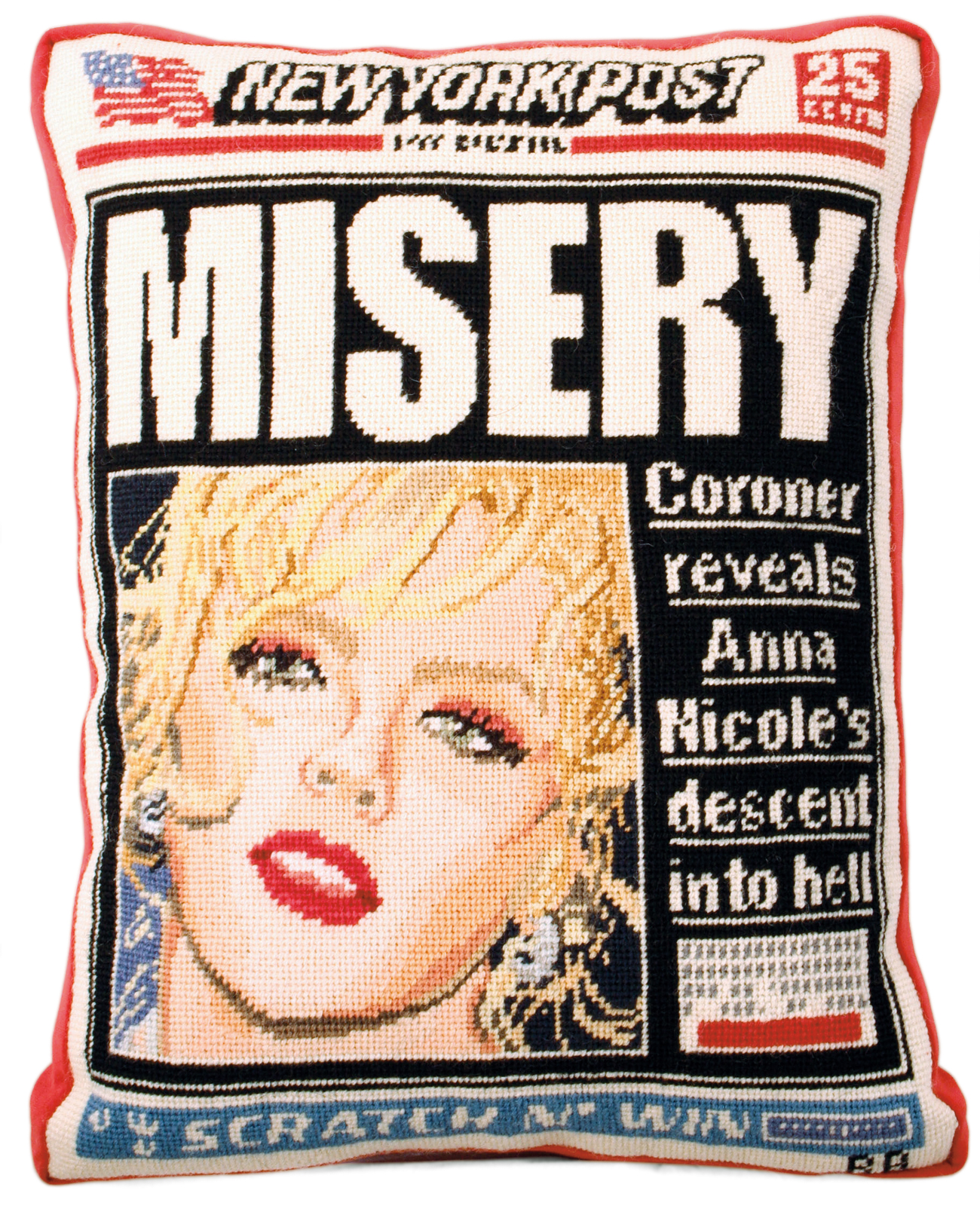 Last November Brigid held an exhibition at the bookshop and gallery, John McWhinnie @ Glenn Horowitz Bookseller. This show presented her renowned Cock Book, which had found a home in the book collection of artist Richard Prince, as well as her Polaroids, her Trip books, and a group of her needlepoint pillows and “paintings” that she had given to her friends. Dominick Dunne,
the famous criminal court chronicler, loaned the show his collection of Brigid’s crime pillows. There was also a needlepoint version of a Jasper Johns flag painting featuring the text, “We’ll smoke them out of their holes.” Brigid then decided to create a series of one-of-a-kind pillows based on favorite front pages of her beloved New York Post she’d collected over the years, and expanded the idea to include The Daily News. Among the more memorable ones: Well Hung (the unveiling of President Clinton’s Presidential Portrait);
I Snorted My Dad (Keith Richards on interning his father’s ashes); Misery (L.A. coroner reveals Anna Nicole Smith’s descent into hell); and A-Men (the gay ex-Governor Jim McGreevy becomes a priest).

Who knows what new ideas are occurring to Brigid as she sits in her armchair with her dog India on her lap, watching Fox News and Larry King Live? What will Brigid do next?