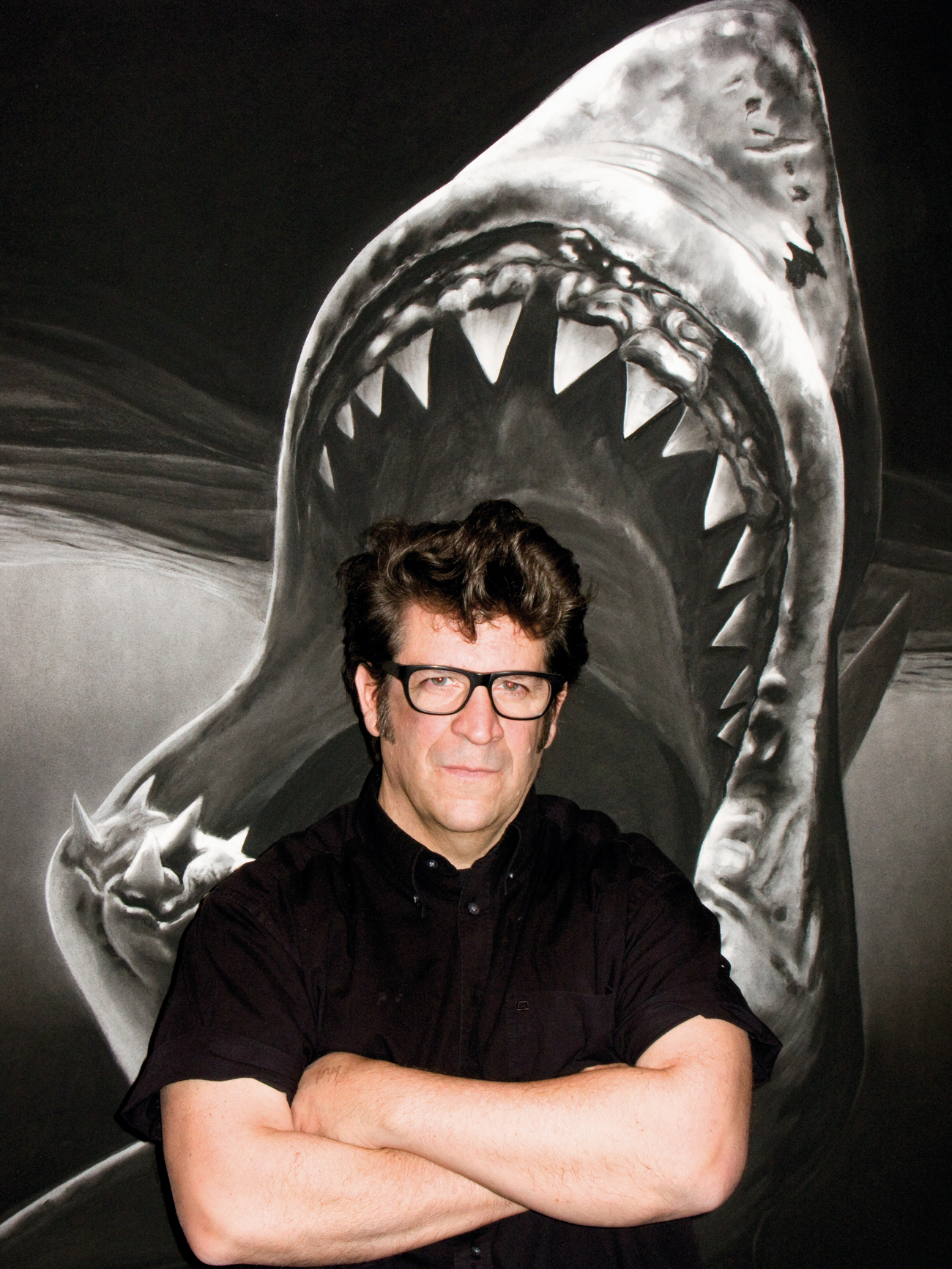 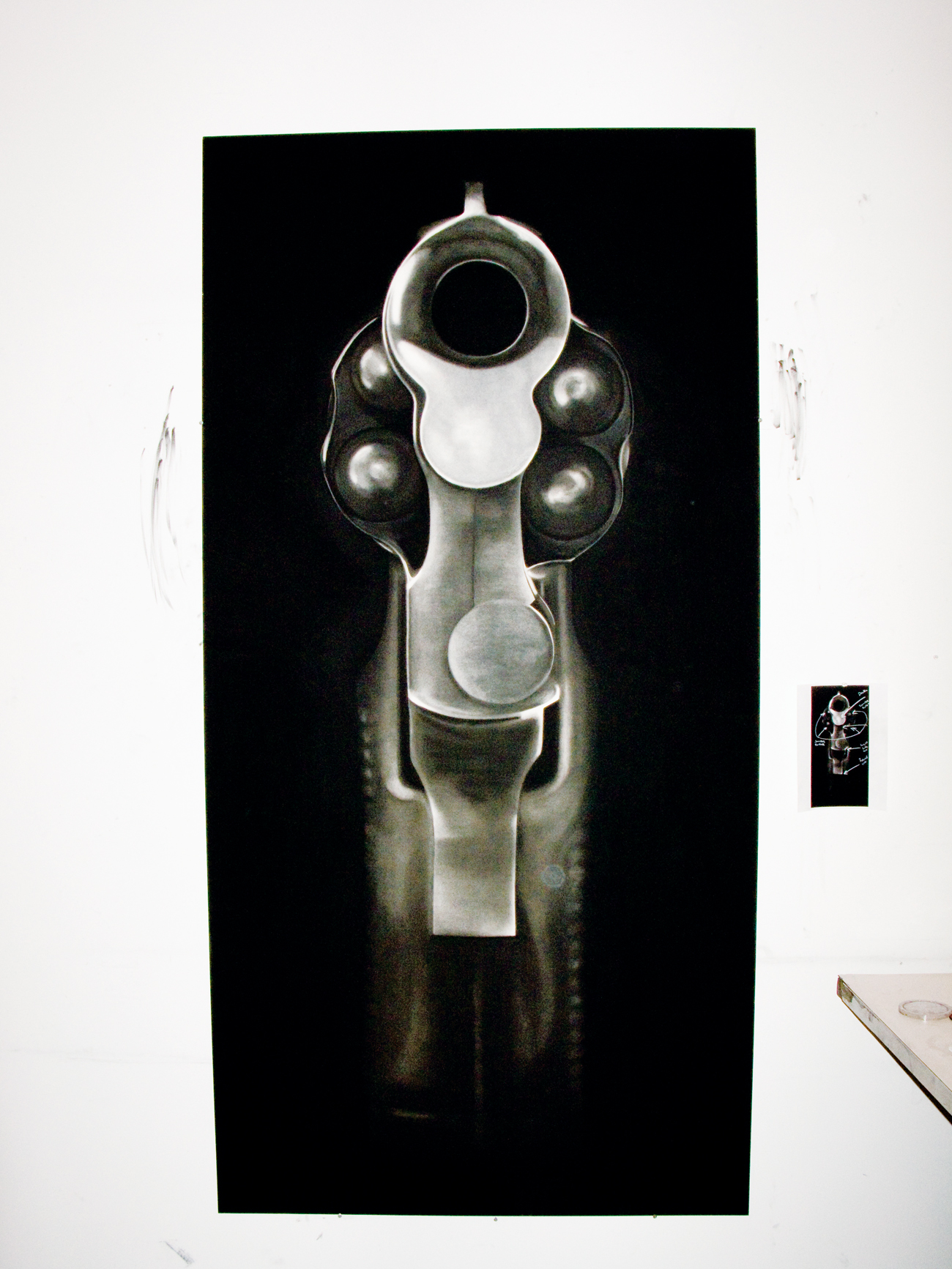 ROBERT LONGO has been a big-time artist for quite some time. He arrived with the headline-grabbing group of American artists of the ’80s that made large, showy, high-impact work. He was an old-fashioned draughtsman in a conceptual world and his subject matter was seen as sensationalistic. He came off like a macho man in a milieu in which feminist artists were ascendant. He was one of those big, famous New York artists who got to direct a film, and like most of those films, it kind of flopped.  He moved to Europe and went low-profile. But he hung in there, and every once in a while he produced work that brought back the old Wow! he was always so good at evoking. Longo has persisted, and quietly, over the long haul, he has just let the work speak for itself. And the work is eloquent. Now I think we can see him not just as a big-time artist, but clearly as one of the great artists of our time.  I was happy to visit him in his studio, a good old-fashioned downtown Manhattan studio — funky, filled with work, a football game on the TV with the sound off.