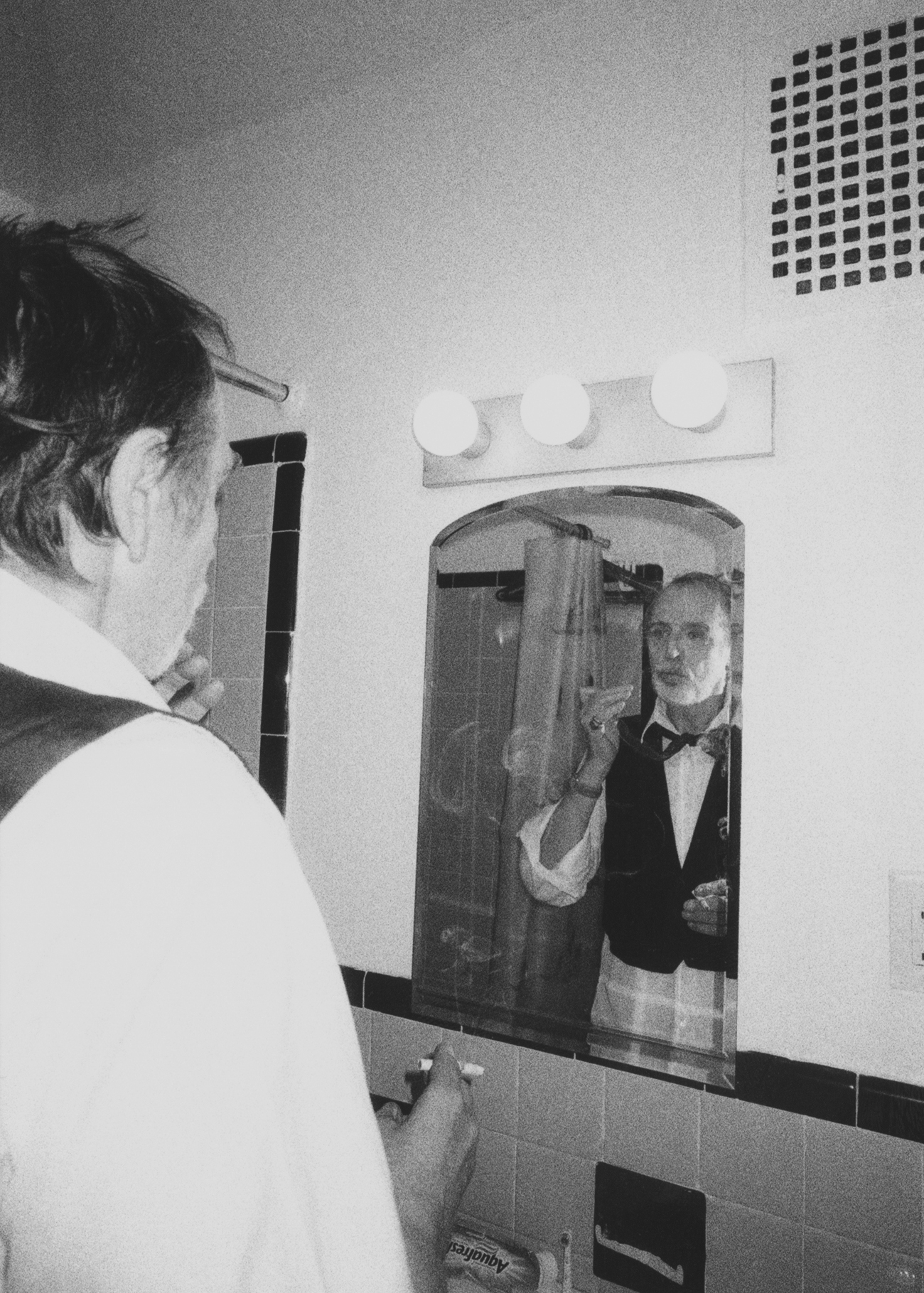 One of the few literary lights to emerge from the constellation of former Andy Warhol stars, the poet Rene Ricard only becomes more elegant and enigmatic with the passing decades. To the uninitiated, Rene’s turns of phrase may seem like balloons tied to cacti: beautiful, temporal, and tragic. If you can find a copy of his God with Revolver, buy it. I first encountered one of Rene’s artworks — a portrait of a young boy with a cigarette in his mouth — in the 1990s, at a clothing boutique on Mercer Street. I asked the salesperson who the artist was and thus began my search for Rene. We finally met through a mutual friend a few months later at Jacqueline Schnabel’s townhouse. Not only did Rene famously help launch the career of Jacqueline’s ex-husband, Julian (as well as that of Jean-Michel Basquiat), he’s the primary artist of Jacqueline and Julian’s art dealer son, Vito Schnabel. This summer I organized The Torturer’s Apprentice, a show of Rene’s newer works on paper, at Half Gallery in New York. As we prepared for the opening, Rene reminded me that he does all his best work in bed. So if you’re going to sleep with him, don’t forget to bring along paint remover. Rene was recently in a poetry reading in the Marble Cemetery on the Lower East Side. The next day I sat down with him at the Chelsea Hotel.

ANDY SPADE — Did you paint it with lipstick?
RENE RICARD — It looks like lipstick but it’s paint. Those colors — cadmium red medium and the rose madder over it — are the two slowest drying colors. It was such a quick little piece, but those reds took forever to dry.

ANDY SPADE — Waiting for the money to dry. You wrote a poem the day Andy Warhol died, didn’t you?
RENE RICARD — Yes, I did. “Andy Warhol died today and took all the fame with her.” I saw on TV that he’d died and I ran over to Julian Schnabel’s house. While I was there the phone rang and it was Ross Bleckner, who said to Julian, “Now you’re the greatest painter in New York.” And I said, “But if Andy Warhol doesn’t come to your opening, how will you know?” Because that’s how you gauged your relative fame in New York: Did Andy come to your opening? Who did he talk to first? It was like a meter — you went up and down in society depending on how Andy treated you.

ANDY SPADE — At first I thought that he had faked his death, that it was all part of his performance art.
RENE RICARD — People blame that poor nurse for Andy’s death. But actually it was the masseuse who Rolfed him so roughly that it damaged his internal organs. Why would anyone Rolf someone who’s basically just a bag of stitches? Rich people get into these fads and hurt themselves trying to get healthy.

ANDY SPADE — How does one acquire wit?
RENE RICARD — A witty remark isn’t necessarily something someone says, it’s sometimes something someone else hears. For example, one time I was at Mr. Chow’s with Lola Schnabel and Russell Simmons came over and reminded me of a night we’d been out together. We had been sitting across from Courtney Love and I said, “Look, she’s had so much plastic surgery, she doesn’t even recognize me.” I didn’t remember having said that, which is my point — wit is often something someone remembers hearing, not necessarily what someone else said.

ANDY SPADE — So, what else is new, Rene?
RENE RICARD — Well, I’m waiting for Dash Snow to arrive. He’s going to photograph me. His daughter Secret and I have the same birthday.