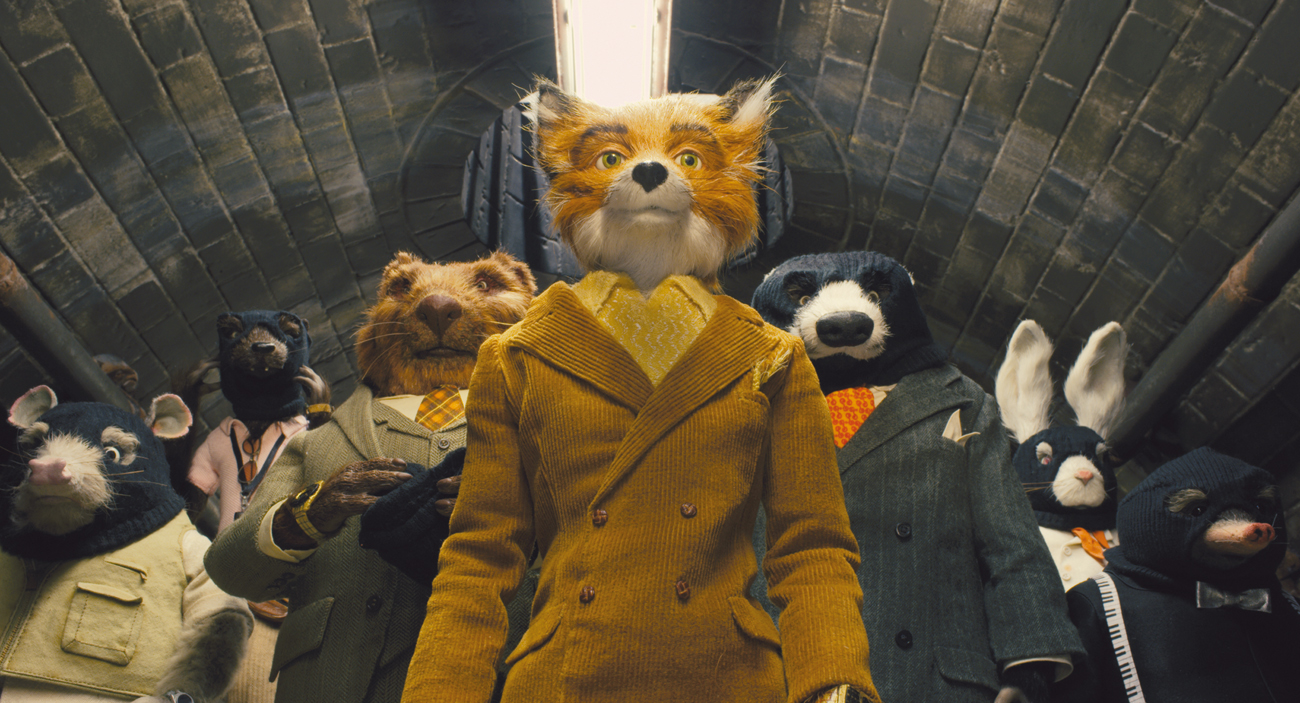 OLYMPIA LE-TAN — Did you make Fantastic Mr. Fox for children?

WES ANDERSON — Yes, including the children I might have one day. But it’s also for those adults who were lucky enough to have grown up in a time when children weren’t expected to wear a helmet when they rode their bicycles.

OLYMPIA LE-TAN — When did you first read Roald Dahl’s Fantastic Mr. Fox?
WES ANDERSON — It was the first book I ever actually owned. My mother bought it for me at a book fair at my school. It was published when I was a year old. I think Dahl was writing it when I was born. I loved it because I loved the character of Mr. Fox. And I loved digging — my brothers and I always wanted to live underground.

OLYMPIA LE-TAN — Are you a big fan of Dahl?
WES ANDERSON — Yes, I’m a great fan of his. I especially love his short stories. My favorite one is “Poison.”

OLYMPIA LE-TAN — Is Fantastic Mr. Fox your first animated movie?
WES ANDERSON — Yes, although we did use stop-motion for the animals in The Life Aquatic — except for the albino dolphins, which were actually robots from California. We had a real killer whale and some turtles from Antibes.

OLYMPIA LE-TAN — You used three different sizes of sets for the different scenes. How small were the smallest things on the smallest set?
WES ANDERSON — The smallest puppets were about the size of a paper clip. They moved differently because they had wire skeletons that could bend freely, as opposed to the larger puppets that had actual joints. All the puppets and props were very small and detailed, but they needed to be very stable, so that they could hold a pose — a leather chair, for example, might have been made entirely of steel.

OLYMPIA LE-TAN — Where did you record the voices for the film?
WES ANDERSON — We recorded them on a farm in Connecticut; in Como, Italy; and in a variety of little offices and studios all over the planet. We kept it lively.

OLYMPIA LE-TAN — Meryl Streep plays Mrs. Fox. What was it like working with her?
WES ANDERSON — It was no surprise that Meryl Streep was spectacularly wonderful!

OLYMPIA LE-TAN — I read that Jarvis Cocker worked on the movie.
WES ANDERSON — Jarvis wrote a terrific song for us and he plays Petey, the character who sings it in the movie. And Alexandre Desplat wrote a beautiful score for us. These people are two of my favorite Parisians.

OLYMPIA LE-TAN — What’s your favorite animated movie of all time?
WES ANDERSON — Watership Down. But I also love The Plague Dogs, by the same director, Martin Rosen, which is also based on a book by Richard Adams. It’s about dogs used for
scientific testing.