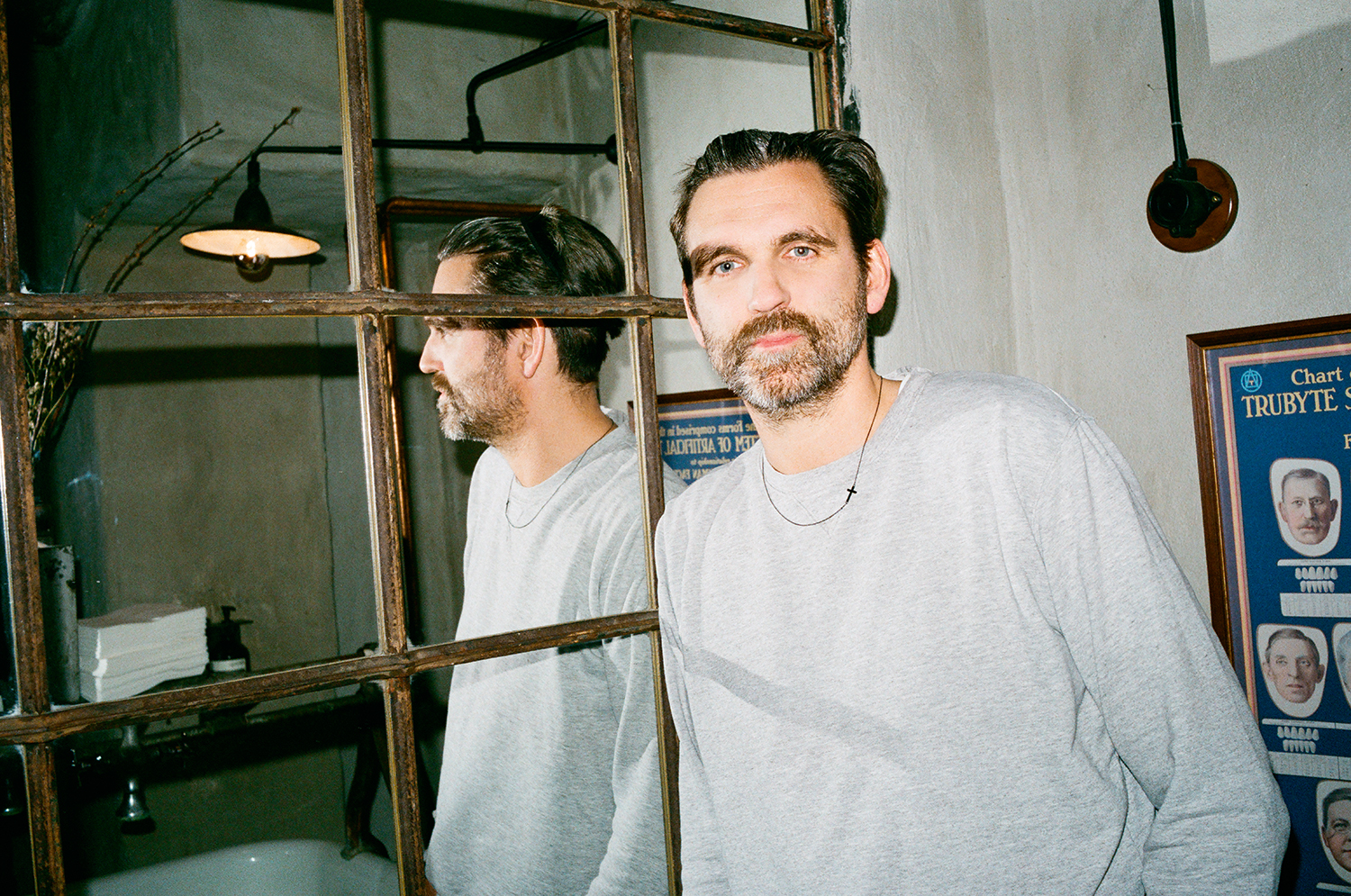 After Victoria premiered at the 2015 Berlinale, suddenly no other film in the festival seemed to matter. Shot in Berlin, in one 138-minute take, the film tells the story of a Spanish girl who joins a group of men for an after-party drink that unexpectedly turns into an intense adventure — including a bank robbery. It may sound gimmicky, but Victoria is a rare film that succeeds in taking the viewer on a wild ride, not as a spectator but as part of the gang. Director Sebastian Schipper has created the best German film of the last decade.

SVEN SCHUMANN — What would you have thought if someone pitched you the idea for Victoria, a film shot in one take and involving a bank robbery?

SEBASTIAN SCHIPPER — It sounds awful! It sounds like bullshit. I had a Q&A the other day with an audience, and one dude came up and said: “You know what, man? I wanted to hate this film!” And I thought, “Dude, I know!” Because that’s what you do with films and books and bands; you like it because it means something to you, but also because it takes a bite out of you. It’s also some sort of defeat. You kind of develop an immune system: “Oh, it’s just another film. Oh, yeah, one take, how cute. Fuck you!” It makes sense to me. And I don’t mind that at all if people judge it based on the premise.

SVEN SCHUMANN — It’s one of the rare films you can only understand once you have seen it.

SEBASTIAN SCHIPPER — Because the two biggest things for this film are the bank robbery and the single take. But, on a certain level, you can say those are the two least important aspects of the film.

SVEN SCHUMANN — They don’t feel like gimmicks. They just frame the story. I almost felt like I was one of the guys in the film…

SEBASTIAN SCHIPPER — It’s not a performance. I told them: “Don’t perform. I can only feel what you feel.” But honestly, it did start to feel like a bank robbery for me, too. It did start to feel like we were biting off more than we could chew. Way fucking more! For example, the streets weren’t blocked. The cameraman was crouching in the minivan, unsecured, and that’s it! If cops would have seen us, it would have already killed it. When you think about it, one drop of rain on the lens could have deeply sabotaged the film as well. What are you going to do — wipe it off? If you really think about it, it’s crazy what we did. But that was also the liberating thing about it.

SVEN SCHUMANN — How did you manage to finance a film that could have been ruined by a single raindrop?

SEBASTIAN SCHIPPER — I told my financiers: “I’m not asking you for that much. Give me the money you can give me without lying awake at night. You remember why you started making films? Because it was exciting! Let’s do something that’s exciting! Remember that?”

SVEN SCHUMANN — Most people want some kind of guarantee that they will get something back from their investment.

SEBASTIAN SCHIPPER — Yeah, “I’m not going to give you any of my marbles unless you’re going to give me two back.” Fuck that! We would have all become bankers or founded start-ups if we were in it for the money. We’re doing film, man! Let’s pretend we’re in the ’70s. I also told them we would shoot 10 days of rehearsals, 10-minute pieces under real conditions, so we could have put together a crazy jump-cut version of this film and just had fun with the three one-takes.

SVEN SCHUMANN — You ended up using the third take for the final film. What was wrong with the first two?

SEBASTIAN SCHIPPER — Technically, the first take worked out well, but when I looked at it, it was so lame. The chemistry was missing. The second take … I can’t even tell you. After the first take, I said to them, “Guys, don’t be afraid of mistakes, don’t be afraid of chaos,” so they decided to bring all their “nightlife experience” into the film. I don’t want to spell it out anymore than that, but they fucked it up!

SVEN SCHUMANN — How did you react?

SEBASTIAN SCHIPPER — I flipped! First, I fucking yelled at them. When I was alone, I wanted to sue them! But we only had 48 hours and enough money left for one last take, so I realized in order to motivate them, you’ve got to go epic! You can’t scare them because then it becomes like a dictatorship where, as long as you don’t make a mistake, you’re good. So, after yelling at them, I told them two things. I said: “Don’t be afraid of these two hours. Just start right now here. How you feel now, this is the beginning of the film. Don’t fake it. You dance, and then you go. You don’t have to feel any different than you feel right now.” I have to admit that that was my favorite moment of this whole project, that moment of agony and panic. Because we survived it.

SVEN SCHUMANN — And what was the second thing you told them?

SEBASTIAN SCHIPPER — The second thing was: “Say good-bye to these characters. This is the last time they will exist. Give yourselves to them!”

SVEN SCHUMANN — Is that also why you didn’t have a script and only used a 12-page outline for the film?

SEBASTIAN SCHIPPER — The dialogue is improvised almost entirely. People think improvisation is like, “Anybody can do anything they want!” But take free jazz, for example. That’s a super-intellectual kind of music. It’s not like people getting together, and everybody does what they want to do. There are rules! You have to be extremely good with your instrument, extremely good at listening to and playing with other people. It’s far from what one might think improvisation really is.

SEBASTIAN SCHIPPER — Exactly. The truth is that improvisation has to be prepared quite thoroughly. It’s a very strong setup with a whole lot of what the Germans call wagemut, the willingness to risk something. Whether you want to discover the North Pole or record A Love Supreme in three days, that’s what you need. You need to be prepared like a motherfucker, but on top of that preparation, you need to be willing to jump and really take a risk. When you’re trying to discover the North Pole, whether you’re successful or not, I’m sure there’s a point where you can’t just rely on the preparation, and you’ve got to go. 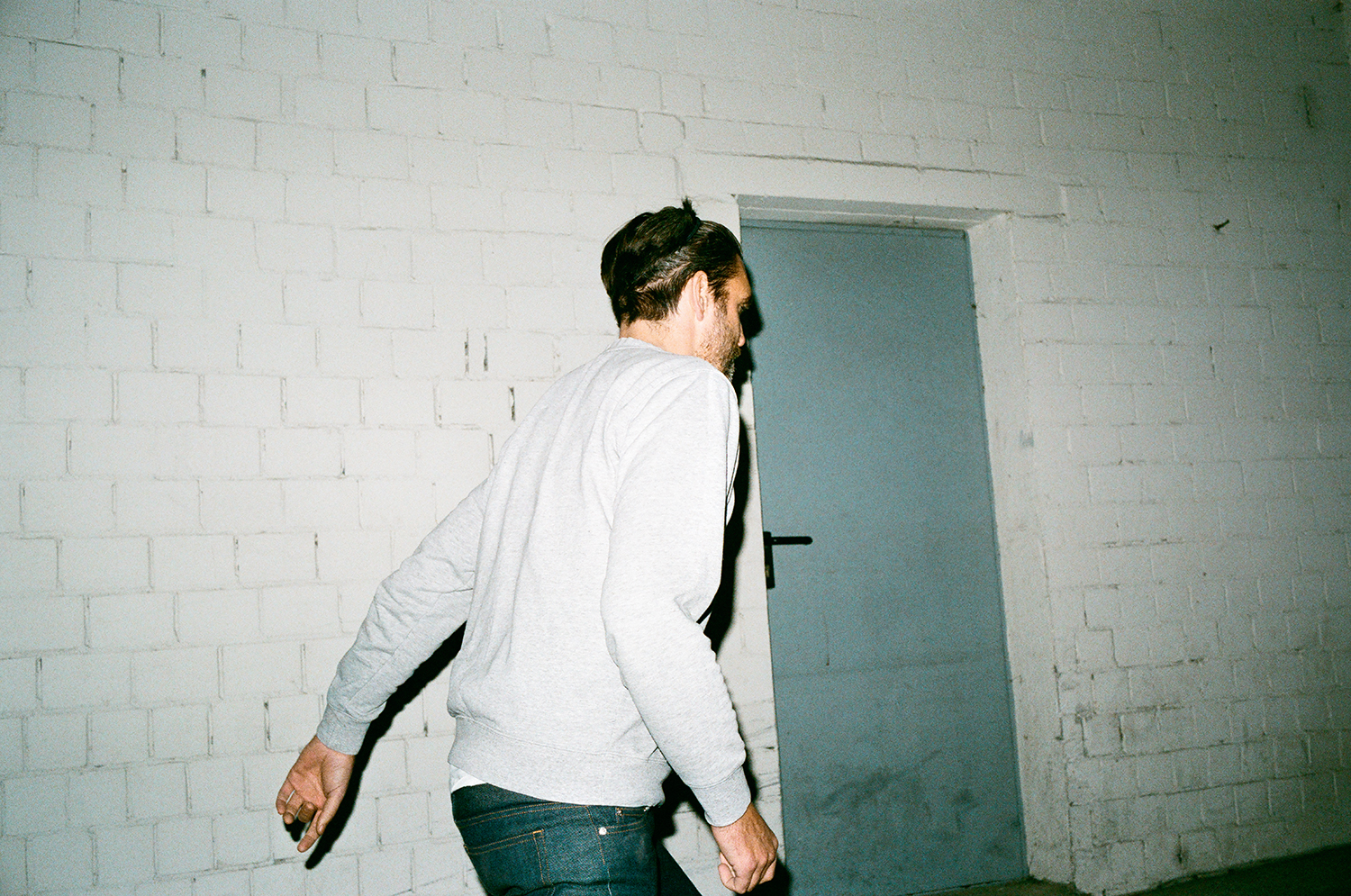 SVEN SCHUMANN — That willingness to take a risk is also a strong theme in the film. Victoria spends her whole life playing by the rules, so she jumps at the opportunity to take a big risk and join the boys for the bank robbery, even though she knows it will be dangerous.

SEBASTIAN SCHIPPER — You need that time of your life where this combination of being lost and found makes anything possible. That’s maybe what going out at night is all about. It’s the unknown. It’s the dark side. Feeling alive, feeling crazy, feeling like a young god or goddess. Feeling like you can fly. That’s what this film is about. That’s the place where this film comes from. For me, Victoria is größenwahnsinnig [overly ambitious], like I am. Like this project is.

SVEN SCHUMANN — It was a risk.

SEBASTIAN SCHIPPER — Doing Victoria was a little bit like talking everybody into jumping into a very fast, ice-cold river. You know, you jump in, and you’re like “Fuuuuck!” but it wakes you up, and it puts you in the moment. You’re wide-awake, and you’re tuned in with your instincts, intuitions, and reflexes.

SVEN SCHUMANN — Why did you want to “jump in the river” in the first place?

SEBASTIAN SCHIPPER — One thing I tried to do with this film is to get out of the box. I almost feel like a high-school dropout. You know, “Let’s do something else! We’re wasting our time. We’re wasting our lives trying to imitate something we’ve seen better somewhere else.” We have all these heroes and idols, and I don’t want to do it anymore. I can’t imitate my heroes anymore. I’m not going to do it like anybody else.