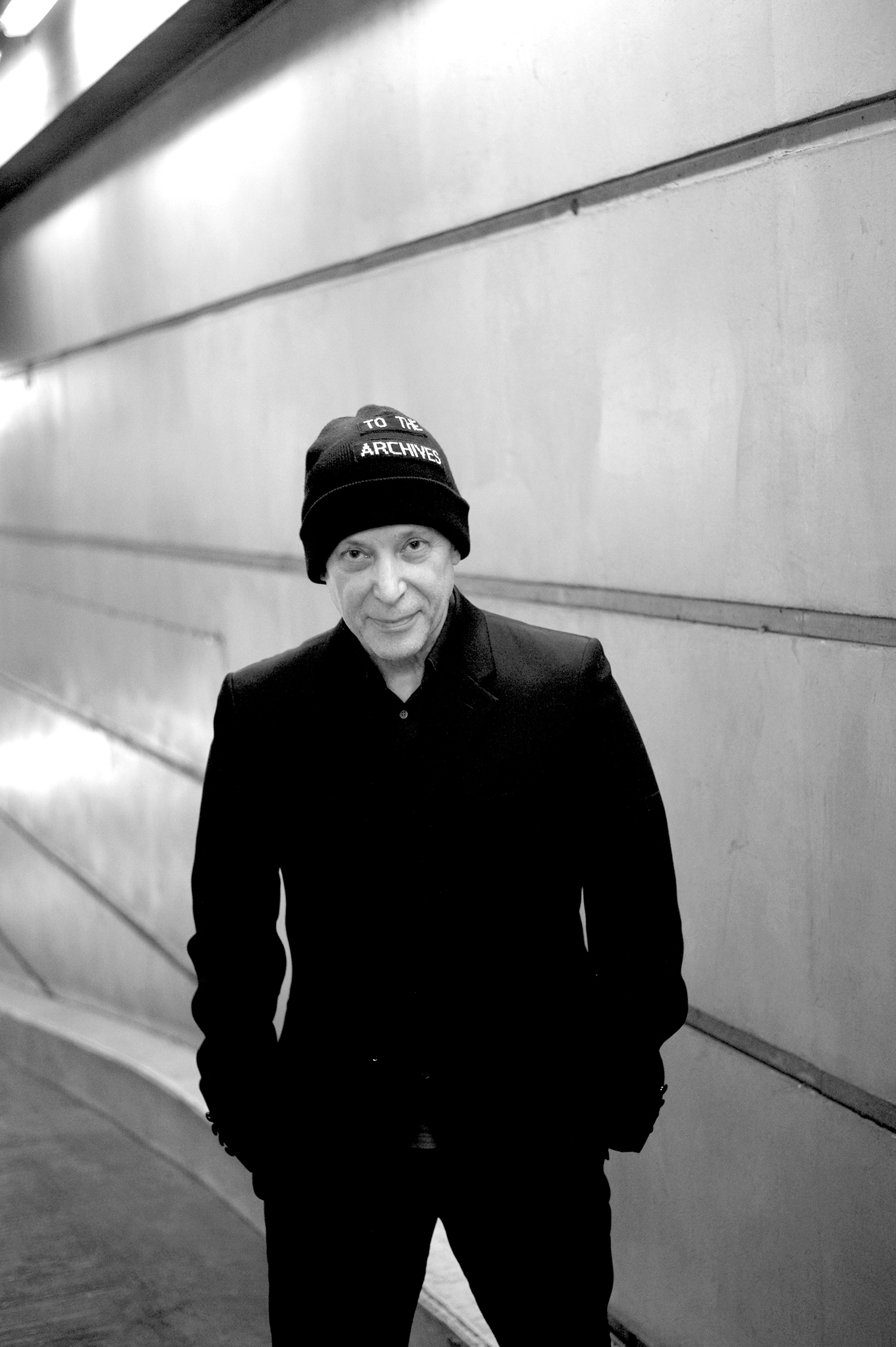 CAROLINE GAIMARI — How did you come up with the concept for Dover Street Market in London in 2004?

ADRIAN JOFFE — So much happens due to accidents and synergy. Dover Street Market came about because we were initially intending to do a Comme des Garçons shop. Eleven years ago, we closed our franchise with Browns on Brook Street. The lease ended, and we weren’t sure if we wanted to renew or find another space. But Comme des Garçons is about creation. Rei always wants to do something that hasn’t existed yet. That goes all the way to the retail strategy, to printed matter, everything. It’s not just about the clothes or the collection. She conceptualizes and designs the company and everything within it. When I told her that the franchise was closing, it was important for her to think about what the new approach could be for a shop.

CAROLINE GAIMARI — You were also just finishing up your “guerilla shops,” those one-year, ephemeral stores.

ADRIAN JOFFE — Yes. Eight years of guerilla stores — 37 different ones in cities all over the world. We had stopped doing the guerilla stores in 2003 because everyone else had started to do pop-up stores. At first, everyone figured that DSM was a guerilla store, a concept. By sheer accident, I found a spot on Dover Street, which had been a nice street at another time, but it had lost that by the time we came in. The estate agent showed us the ground floor, saying that could be our shop, and upstairs would be offices and various tenants. Random. The ground floor could have been enough, but when
I spoke to Rei, I said, “Let’s just take the whole thing and do something new.”

ADRIAN JOFFE — The conversation between Rei and me developed quite organically into the final product. She remembered going to Kensington Market in the late ’60s, which she loved. Seeing people sitting in their own little spaces, selling their pieces one by one. We thought, “Instead of having some random offices upstairs, why don’t we take the whole building and invite people to create a space where they can do whatever they like?” That’s where trust really comes in. The idea was a sort of modern Kensington Market — sharing a creative space with like-minded people.

CAROLINE GAIMARI — Who were the first collaborators?

ADRIAN JOFFE — The first four were Raf Simons, Hedi Slimane, Alber Elbaz, and Azzedine Alaïa. We told them that we had a space for them to have the freedom to do whatever they liked in this retail context. Raf chose to show and sell all his archives. For Hedi, Dior Homme was exploding at the time,
so fashion wasn’t an option. He decided to do a whole collection of furniture! His first and last. Elton John came and bought every single one of the 17 pieces. Alber was already very successful with his Lanvin collections, and it wouldn’t have made sense to just carry the same collection in the shop, so he said he would make the entire collection in white for us. Every piece from Fall/Winter 2004. It was just beautiful. He designed the space, throwing his mannequins all over the floor like he used to do. And finally Azzedine did an installation with Jean Prouvé folding screens, Marc Newson chairs, and some beautiful artwork.

CAROLINE GAIMARI — Do you have a strategy for mixing high and low?

ADRIAN JOFFE — In all of her collaborations, Rei has always believed in the synergy of bringing together two things that clash and contradict each other: that the whole can be greater than the sum of the parts. So, for us it makes sense to put $20 t-shirts in the same space as a $10,000 Erdem dress. To put Prada next to Supreme. To not separate things as “accessories” or “men’s” versus “women’s” or “luxury only.” We don’t tell anyone who is going to be next to whom — there would be egos to deal with! 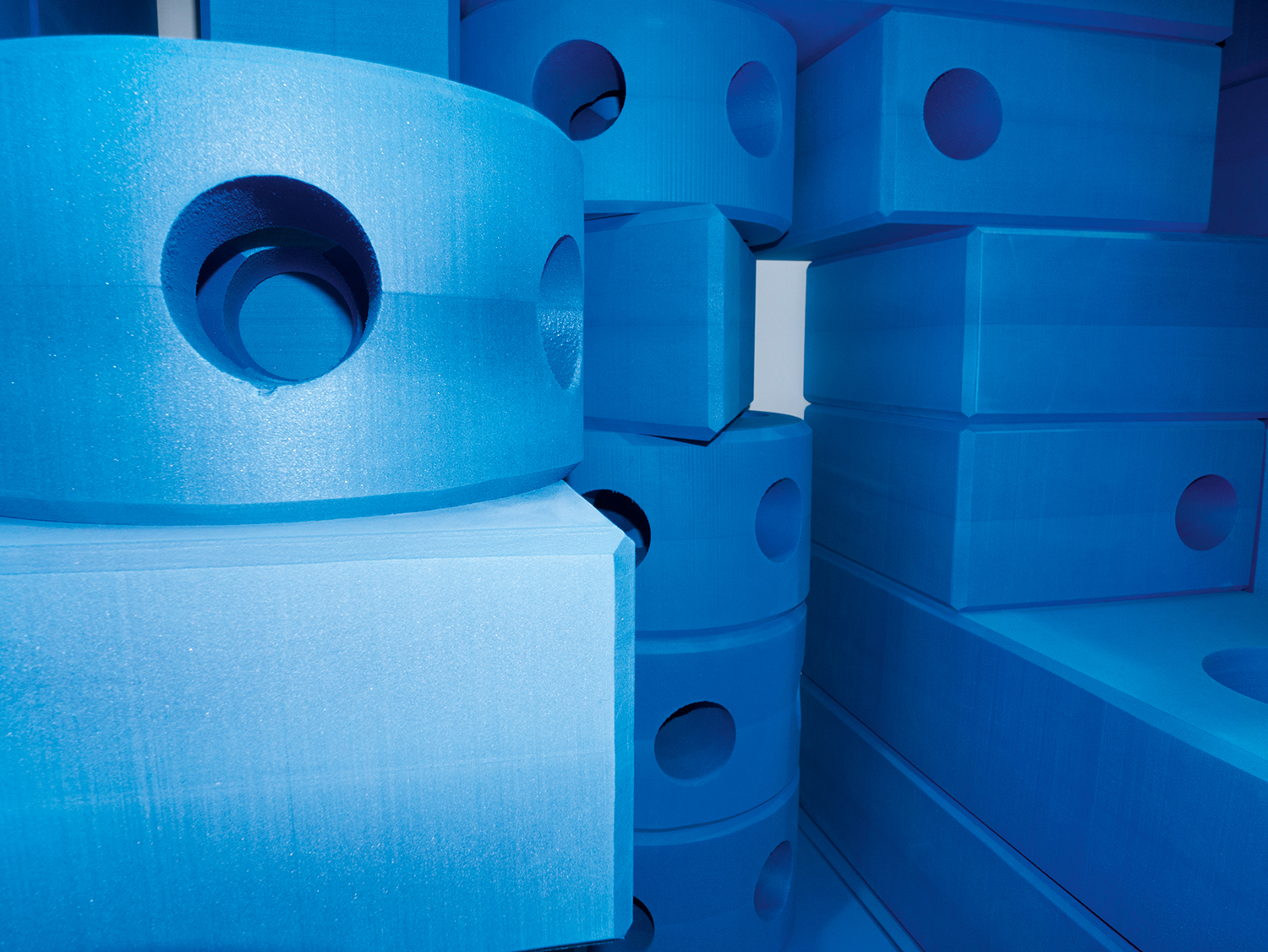 CAROLINE GAIMARI — You have a singular position in fashion; people seem to check their egos when it comes to Rei.

ADRIAN JOFFE — I think it’s because Rei hasn’t wavered one iota from what she believed in when she started 47 years ago. It’s in her DNA not to compromise her vision. People respect that. So, we are in a very lucky position, with very few people who would say no.

CAROLINE GAIMARI — How did you decide to follow London with Tokyo and New York?

ADRIAN JOFFE — It’s always been quite organic and accidental. Tokyo happened because a friend of Rei’s had a building in Ginza, and we had never sold there. It’s very touristy, very conservative. But she said, “Why not?” And New York happened so quickly after Ginza. We didn’t have the money, but someone found the building, and we just had to do it.

CAROLINE GAIMARI — Are you looking to expand into more cities?

ADRIAN JOFFE — I don’t want to do too many. I think we should do five. Two more. There are rumors about Paris. Which I think would be nice. I have been quoted as saying that Paris doesn’t deserve Dover Street Market, but that’s because it’s very hard there — people don’t go across town to shop. Parisians and Londoners don’t leave their neighborhood and go to destination areas. But besides that, I respect Sarah from Colette so much; I don’t want to step on her territory. The same thing goes for Milan with Carla Sozzani and Corso Como. We have kind of divided things up between our three cities. Colette and Corso Como and Dover Street Market are locked together, but all very different.

CAROLINE GAIMARI — How do you select the young designers you stock at Dover Street Market?

ADRIAN JOFFE — Well, space is limited and unfortunately that means we can’t include everyone. The decision is a commercial one because we aren’t a charity! It’s never been important to make a ton of money, but we can’t lose money. Even with Comme des Garçons, money has never come first. What is new and strong comes first. Money is the soon-after second thing. Decisions are made instinctively and organically, but most importantly democratically. It’s democratic in that a lot of people write to different members of the team and we all share with each other, then we vote. It can be awkward when someone I know is edging to be included in the store because I can’t impose anyone on my team. If they don’t like it, it won’t be worth it because they won’t push it on the floor, they won’t get behind it, and it won’t sell.

CAROLINE GAIMARI — Do you still have the time to explore and discover things?

ADRIAN JOFFE — I encourage my team, and myself, to go and see things. But, of course, time is a constraint, and we can’t see everything. So, a lot of it depends on what people tell us, what they send to us. But sometimes we are slow, too. Take Vetements — we missed the first season.

ADRIAN JOFFE — Yes! Very naughty! But we are working with them now, and their first shop in the world will be in Dover Street Market in New York.
In addition to buying their collection, we’ll also give them a space to realize their first retail concept. We are very happy about that.

CAROLINE GAIMARI — These shop-in-shops can range from different lines from the Comme Des Garçons family and new young brands to mega-brands like Dior, Prada, Saint Laurent, etc. What are the spatial formats within the shops?

ADRIAN JOFFE — There are communal spaces, like the “sneaker space,” which we designed ourselves and curated; the selection of different brands is mixed together, or designers may have a rack that they customize. We want to give them a voice, even if it’s limited to a smaller space. And then there are the shop-in-shops, where they are freer to fully design their space within our design rules — for example, you can’t touch the building or attach anything to the walls. You have to kind of come in as a module from outer space and invade, but with respect for the larger setting. 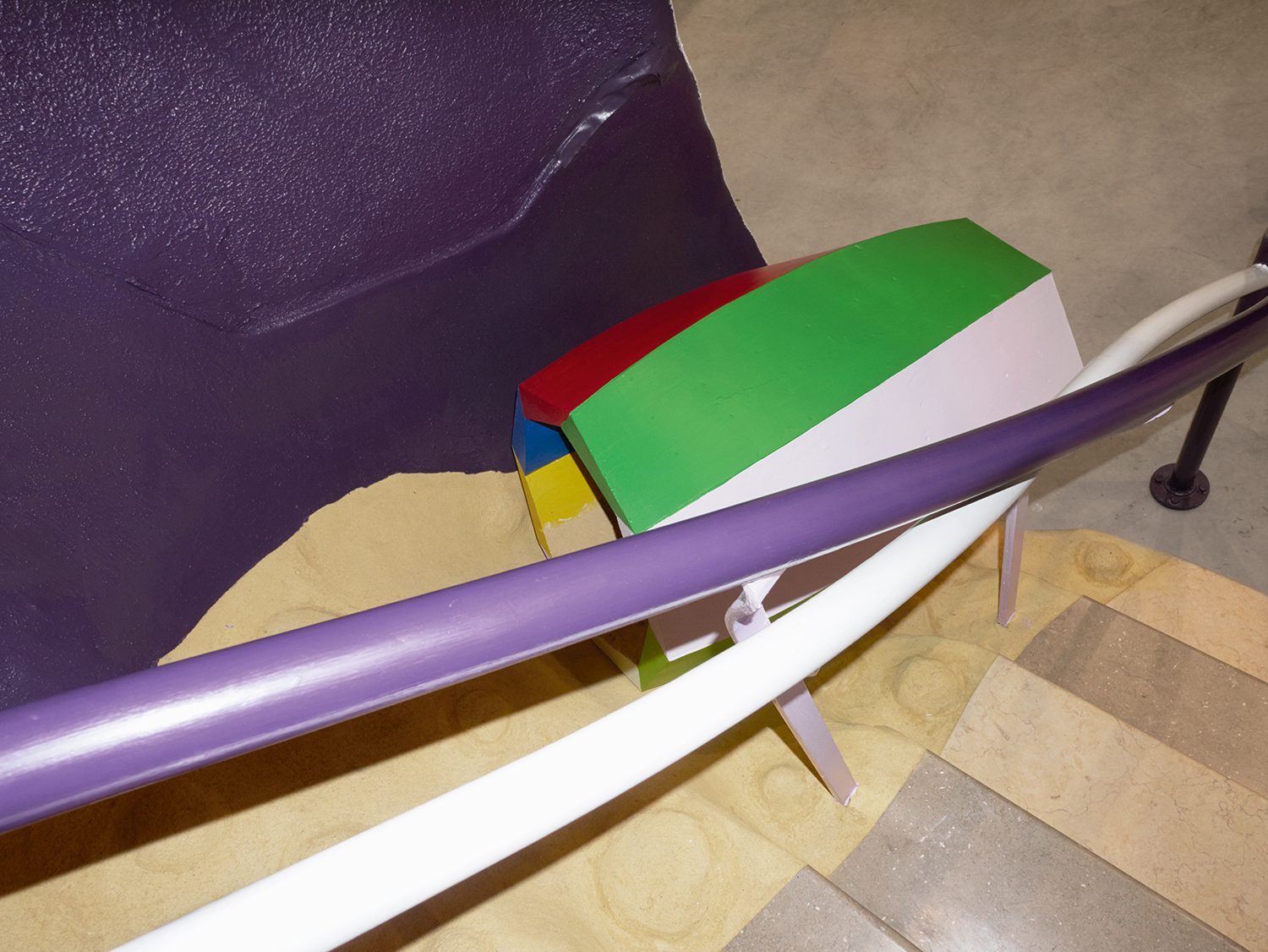 CAROLINE GAIMARI — Even if it’s a retail concession, do you still encourage brands to create exclusive pieces for you?

ADRIAN JOFFE — Yes, of course. But everyone is under more time constraints now. We try to encourage special pieces. But even if we’re talking about a brand’s own stock and space within Dover Street Market, our team goes into their showrooms and finalizes the selection. We like to focus on strong runway pieces. Clients come to us for those strong pieces and show looks, which are often not in a brand’s own flagship, where they have to be more concerned about sales and commissions.

ADRIAN JOFFE — In London, we have to move for financial reasons. We transformed Dover Street. Now, people are ready to pay more to be there. The rents just exploded. Our landlord owns only our building on the street, and he was feeling the pressure to cash in on this lucrative moment. I think that if he owned the whole street, he would be happy to give us our building for free. All the other landlords in the street are cashing in. Basically,
they wanted to triple the rent. So, our landlord said that they had bought a space three times the size in Haymarket from some oligarch and that we could be let out of our lease if we moved in there. It just made financial sense: less than double the rent and about three times the space.

CAROLINE GAIMARI — Where exactly is the new location?

ADRIAN JOFFE — Haymarket. It’s just about as central as you can get in London, between Trafalgar Square and Piccadilly Circus. It’s not a retail area, but that will change quickly. The area is changing. Across the street from our new space, they just knocked down Saint James’s Market and are developing apartments, funky shops, restaurants, but not really luxury shops. It’s going to grow fast.