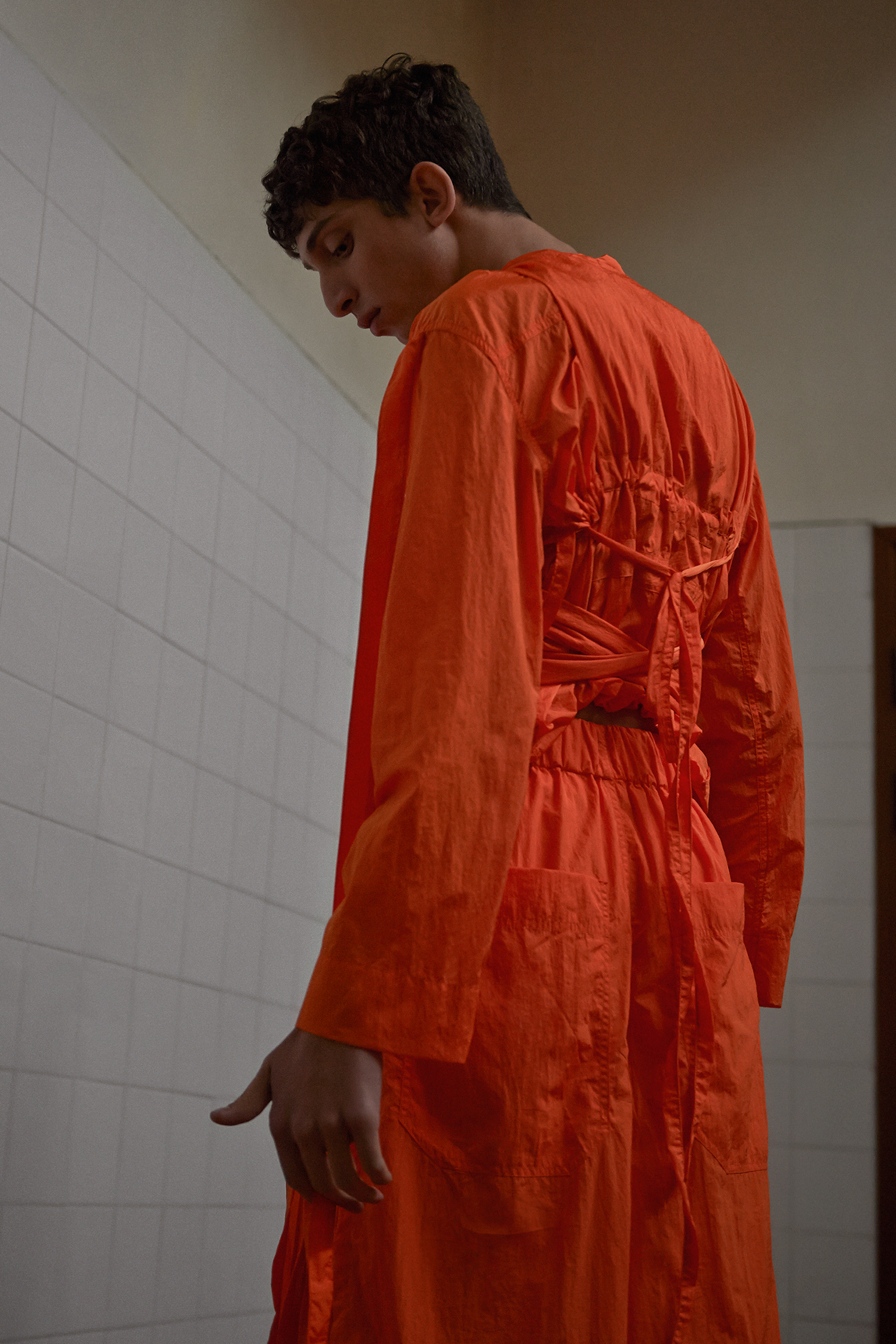 After moving the audience to tears with his celebrated Spring/Summer 2015 show during London Collections Men, Craig Green has been a much-talked-about menswear designer. Often described as pure and fearless, even using sculptural elements in his collections, Green’s strong vision for menswear keeps turning heads — and not just those of men.

SVEN SCHUMANN — John Waters told me recently that being called a “cult filmmaker” in Hollywood means that your film lost money, but three smart people really liked it. As a new designer who is often described as having cult status, what does that word mean for you?

CRAIG GREEN — As a young designer for the first few seasons, you’re not making any money, you’re not selling anything, so you’ve got this kind of freedom to create how you want to create, even if people might not like it. So, I guess
it’s sort of like a “cult freedom” when you’re just starting out. I think a lot of London designers, especially young ones, have that similar feeling in the beginning. 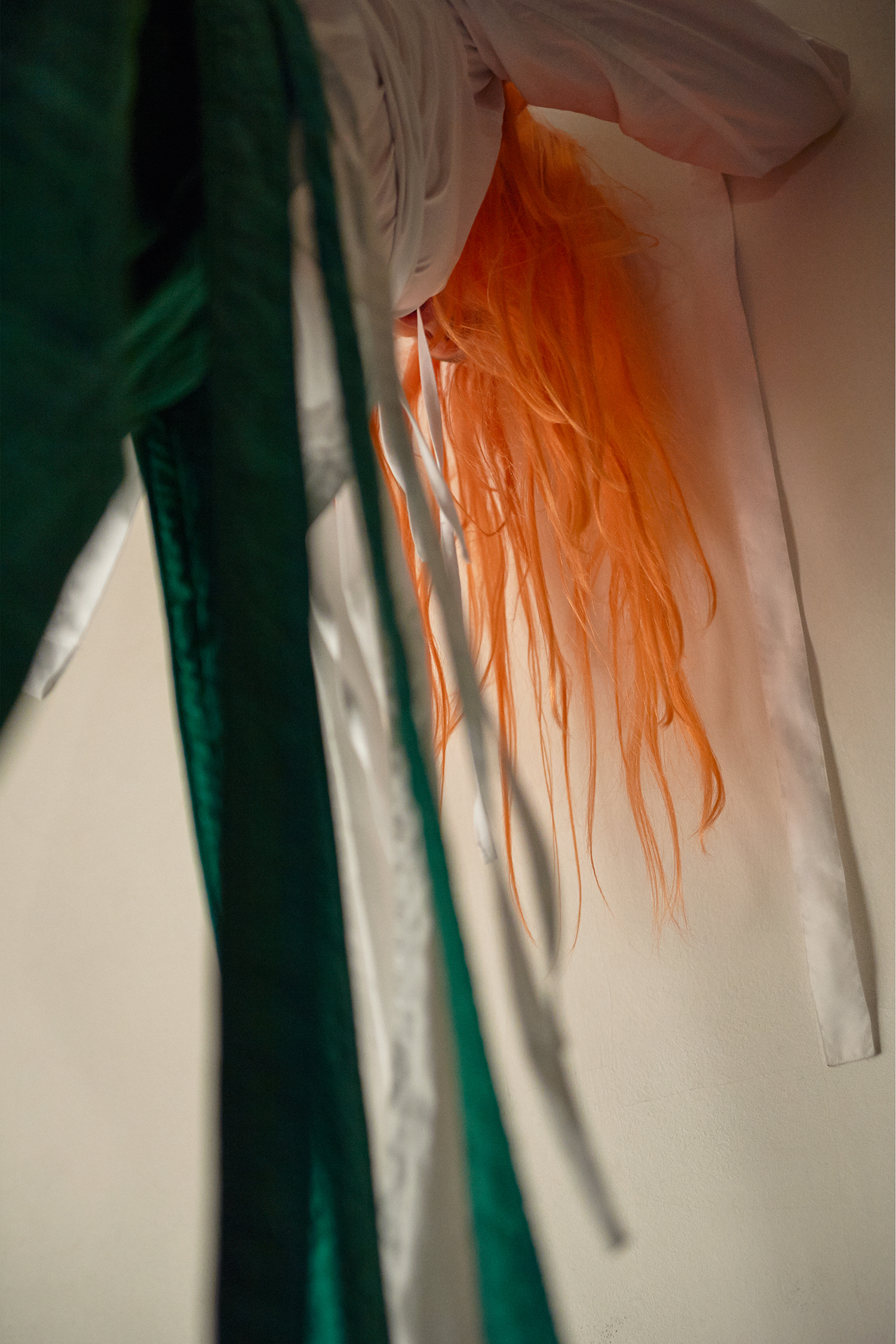 SVEN SCHUMANN — Do you think London is more open than Milan or Paris when it comes to experimental fashion?

CRAIG GREEN — Yes, and that can be seen by the amount of new brands that are allowed to grow in London. Designers from all around the world are starting labels in London because of that. It’s partly the support network and partly the acceptance of weirder, more experimental proposals at the beginning, which don’t necessarily need to make money.

SVEN SCHUMANN — But now, after six seasons, I’m sure you have to start thinking about that.

CRAIG GREEN — Mainstream success has never been something that I’ve aimed for, but it’s not something that I’m against, either.
In the beginning, I don’t know if I ever considered myself a designer who made clothes that people would want. It was more about making things, about creating an image or proposing an idea. Transforming that into a commercially accessible piece of clothing is a new challenge that’s happened in the last three seasons, but it’s an exciting one. It’s just developing how it hopefully should.

SVEN SCHUMANN — Did it take a lot of confidence to allow yourself time to let that development take place?

CRAIG GREEN — I actually spend most of my time worrying and questioning every single thing that we do in the studio. And so does everyone else here, so there’s actually constant insecurity and worry! Even for the Spring/Summer 2015 show, 10 minutes before the show started, I thought it was going to be the worst show I’ve ever done. But it turned out to really touch people!

SVEN SCHUMANN — Apparently, some members of the audience even started crying.

CRAIG GREEN — Yes, but you just never really know. So, I think it’s healthy to have that worry, even though it probably ages you. It makes you eat all the cake and freak out and have a heart attack by 40, but yeah! [Laughs] It’s hard, isn’t it?
You never know who ends up liking it and who doesn’t. 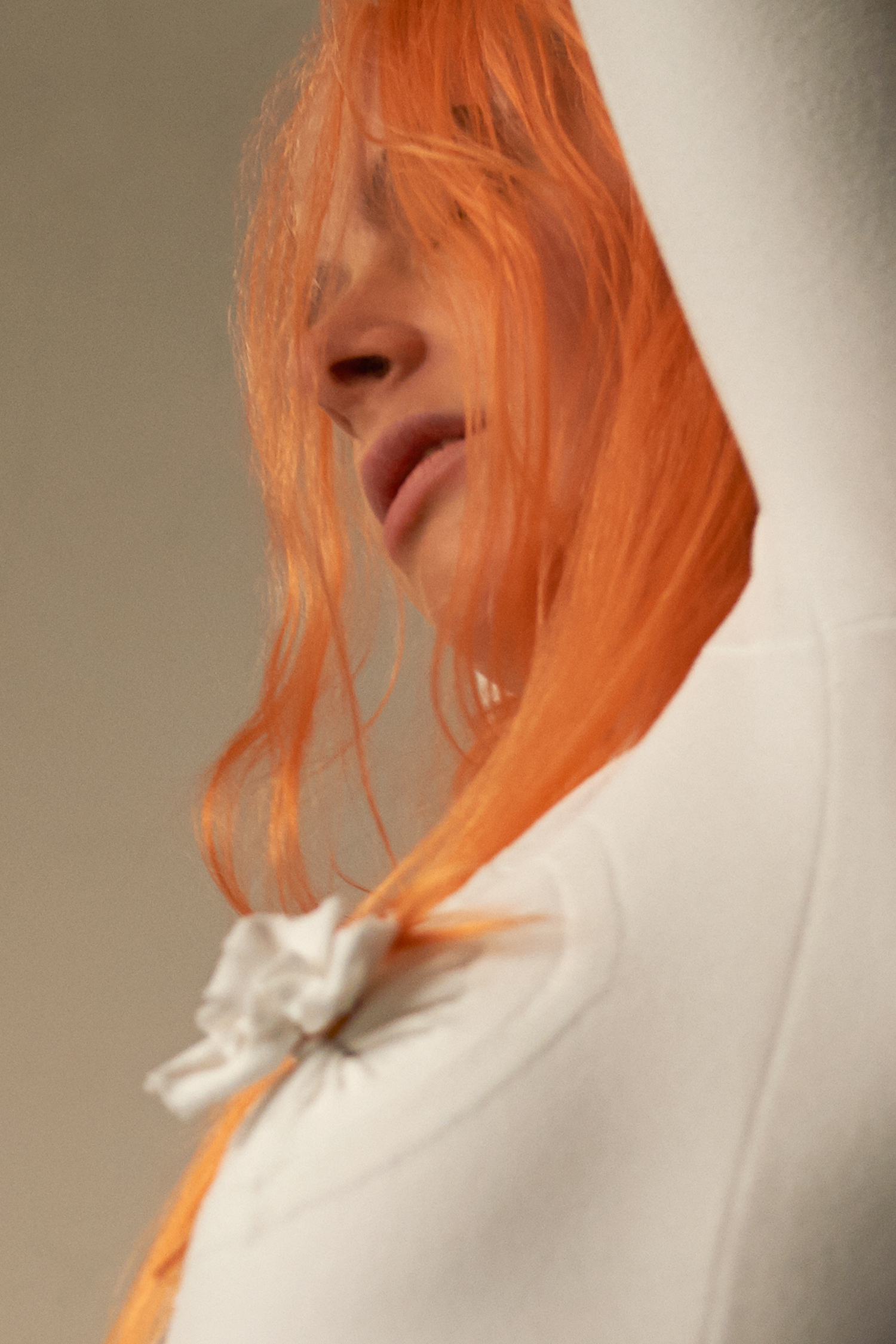 SVEN SCHUMANN — From early on, women were strongly attracted to your designs, even though you have only ever done menswear. Is that why you decided to show part of your collection on female models last season?

CRAIG GREEN — It’s true, we’ve had a lot of womenswear customers in the last three or four seasons who have been buying menswear. But last season, it was all about symbolism and this kind of feeling of togetherness, this dark positivity; it just felt right to have a mixed casting. Of course, also to honor that customer, but it’s not like we’re going to do that every season now. It just really felt right for that one.

SVEN SCHUMANN — Could you also see that attention from women in the coverage you’ve received in the press?

CRAIG GREEN — Yeah, half of all the editorials that we’ve received in the past two years have been in women’s magazines, on female models. It does feel like it’s a sign of the times, doesn’t it? That kind of gender blur. Most of the women I know wear men’s clothes on a daily basis. I don’t know why! It’s not like they’re trying to hide their bodies or anything.

SVEN SCHUMANN — Last time we spoke, you said that the coming years will bring a move toward more classic aesthetics within men’s fashion. Are you including yourself in that prediction?

CRAIG GREEN — I think when I first graduated and started making stuff, there was this real focus on making a weird, new creative proposal. Now, there’s more of an interest around creating garments and looking at traditional and classical menswear. It’s all part of the brand becoming more classical and accessible while hopefully keeping a creative image. So, I don’t know if it’s a natural progression, but I feel like in the studio we’ve recently moved slightly toward more classical things. 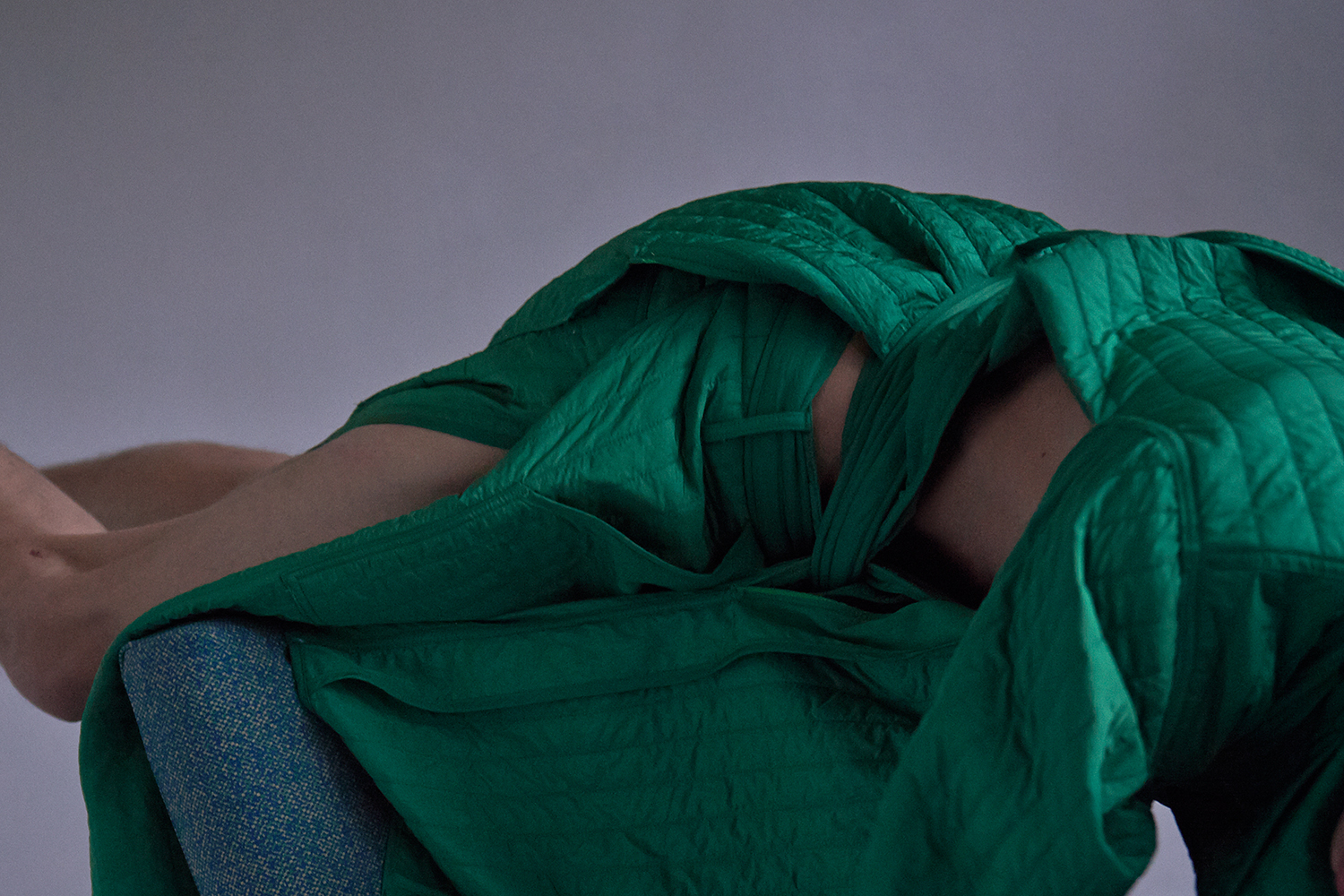 SVEN SCHUMANN — When are you going to design your first three-piece suit?

CRAIG GREEN — [Laughs] For Fall/Winter 2014, we had really raw-cut, basic impressions of tailoring, of floor-length coats, and stuff in the direction of suit jackets. Not in a traditional sense, but there have been touches of it in the past. I’m not really opposed to it as an idea.

SVEN SCHUMANN — When was the last time you wore a traditional suit?

CRAIG GREEN — I was going to say my friend’s wedding a month ago, but it was just a casual suit jacket. It wasn’t a fully padded and shouldered suit. Not since I was, like, a teenager, I think. I haven’t had a real job, that’s why. The British Fashion Awards are on Monday, and the dress code is black-tie British. I don’t own a black suit or anything that’s black tie, so God knows what I’m going to wear. I’m going to have to buy something this weekend. Probably a jumper or something.