Many works by the brilliant French furniture and interior designer Pierre Paulin have never been seen. Some pieces were designed but never made; others were prototyped but not produced, while still others were one-off special commissions.Paulin, Paulin, Paulin, founded by the Paulin family in 2008, produces luxurious limited editions of missing pieces from his fluid puzzle of forms.

His son, Benjamin Paulin recently curated an exhibition at Galerie Perrotin in Paris, creating a visual dialogue between Paulin and contemporary art. That makes perfect sense. As the French poet and explorer Alain Gheerbrant wrote, for Pierre Paulin, designing was a process of “uncovering the lines of force, the lines of life between objects, the lines that animated our surroundings, [that] linked objects to one another and us to them, until the whole became a living reality.” 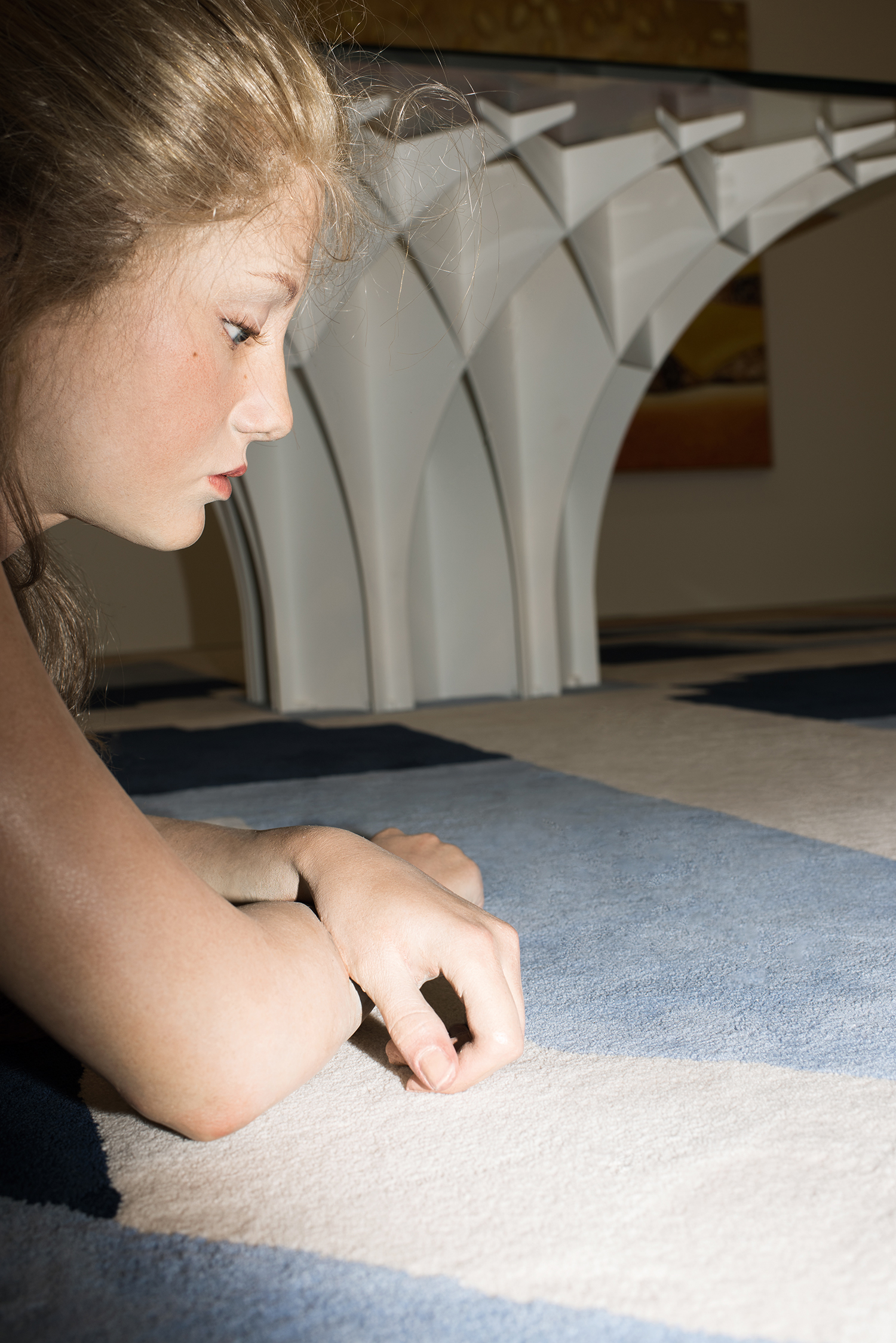 For me, Soto’s “virtual volumes” evoke a “weightless art.” So do the chairs and furniture of Paulin. There’s nothing fortuitous about it if, after 30 years of research, I see convergence in the trajectories of a master of kinetic art and a master of design.

Each in his own domain, Soto and Paulin both set out in the 1950s to meet the same need. The world had been flipped on its ear by the greatest of all technological revolutions, and the new realities called for a new perspective. Man had spent millennia believing that stone was eternal, that art would “triumph” over time, and now he’d discovered with a shock that nothing was fixed, nothing immobile, that eternity included time, that the very substance of the world was in fact energy, motion, vibration. And so art learned to include motion, and the spectator learned to rise out of his chair and take part in the show.

This universal shift naturally knocked into all the objects of daily life. Suddenly the task for designers was to go beyond aligning an object with its use. As if laying bare the ramification of nerves and arteries, they began to uncover the lines of force, the lines of life between objects, the lines that animated our surroundings, linked objects to one another and us to them, until the whole became a living reality and no longer a collection of heterogeneous volumes and masses with man wandering in their midst like an unconcerned party. Such, at least, is the observation that springs to mind as I look on these chairs and tables and desks. It’s an observation, yes, but more properly a sensation,
for all of these airy forms are nothing if not a play of lines, where wood, serving more as a vector than a material, appeals more directly to the senses than to reason.

This art is weightless but not lacking in presence. A table or chair is like a spatially elaborated diagram, never interrupted. Rather, it vivifies, inviting the eye to wander through the play of multiple pure lines.

So discreet are these perpetually open, permeable, and transparent constructions that Paulin seems ultimately to have sculpted the void rather than anything solid. It’s as if he would build a cathedral only to destroy it, and retain nothing but the precious scaffolds, that they might project into the sky a cathedral not of stone but of air. Consider Paulin’s table, whose glass top exists only to entice the eye to look through it and revel in the intricate dance of a base in vertiginous balance.

Never is Paulin’s art ornamental or ornamented, for it has nothing to hide. It is the art of, and quest for, that supreme perfection found only in nudes. Consider once more the chair: a canework piece, seducing like a naked body, enticing the eye to linger on the perfection of its contours. There is a hint of blushing modesty in the simple cushion that lies in its lap.

Sparseness, austerity, the distant call of an ascetic dream, but also dynamism, vitality, humanity, play, a sensuality all the more patent for being so often hidden: all of these often contrary qualities have found peaceable common ground in Paulin’s art. This art marks — does it not? — a significant juncture in the art of the time, when the needs of the mind and the pleasures of being seemed to reconcile for a joint celebration of motion’s triumph over immobility, of life’s imperceptible and omnipresent simmer over the apparent inertia of things.