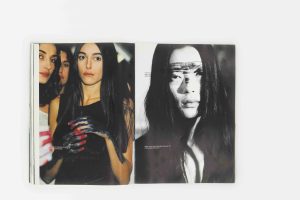 Make-up artist Inge Grognard is synonymous with a beauty revolution, one that has discreetly imposed itself from 1989 to the present from the small Belgian city of Antwerp. A peer of the Antwerp Six, she initiated both a brutal break with beauty conventions and a leap into the future.

The rupture Grognard created in the world of beauty manifests in her rejection of the glamorous make-up of the ’80s: the other side of the cosmetic dream, of light and glitter. She imposed a realistic aesthetic in darker, gray-scale colors, evoking a sad, windy landscape. She triggered a make-up revolution, which the press of the time simplistically described as “grunge” and “anti-fashion.” But it was much more than a negative turn and more than a neo-punk counterattack. It was the beginning of a new kind of freedom, in which the bitter side of life was more convincing than the plastic idea of happiness. 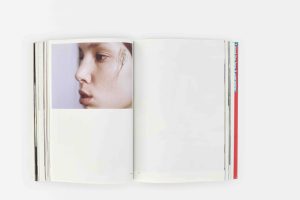 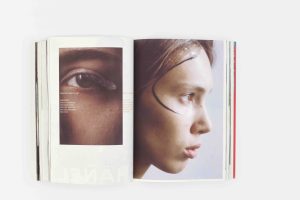 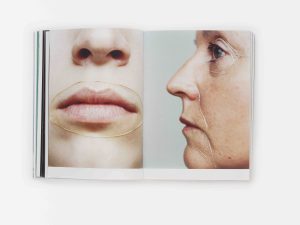 Through tireless experimentation for every fashion show and magazine, her aim was to put the singular beauty of each person above social norms and the standard quest for seduction.

Grognard’s approach remains essentially feminist. She uses make-up as an artistic gesture, one that allows each woman to reclaim her fragility, and to reach beyond the masculine imperative of seduction. To quote Simone de Beauvoir, “Women who do not fear men make men afraid.” And beauty, according to Grognard, never shirks from scaring those who fear women.

Yet, Grognard’s vision of beauty affirms something definitive: any woman wearing her make-up is free. This is a woman who resists and even refuses any allegiance and any form of submission to the imperative of seduction programmed by a social order (including fashion) still dominated by gender difference and by men.