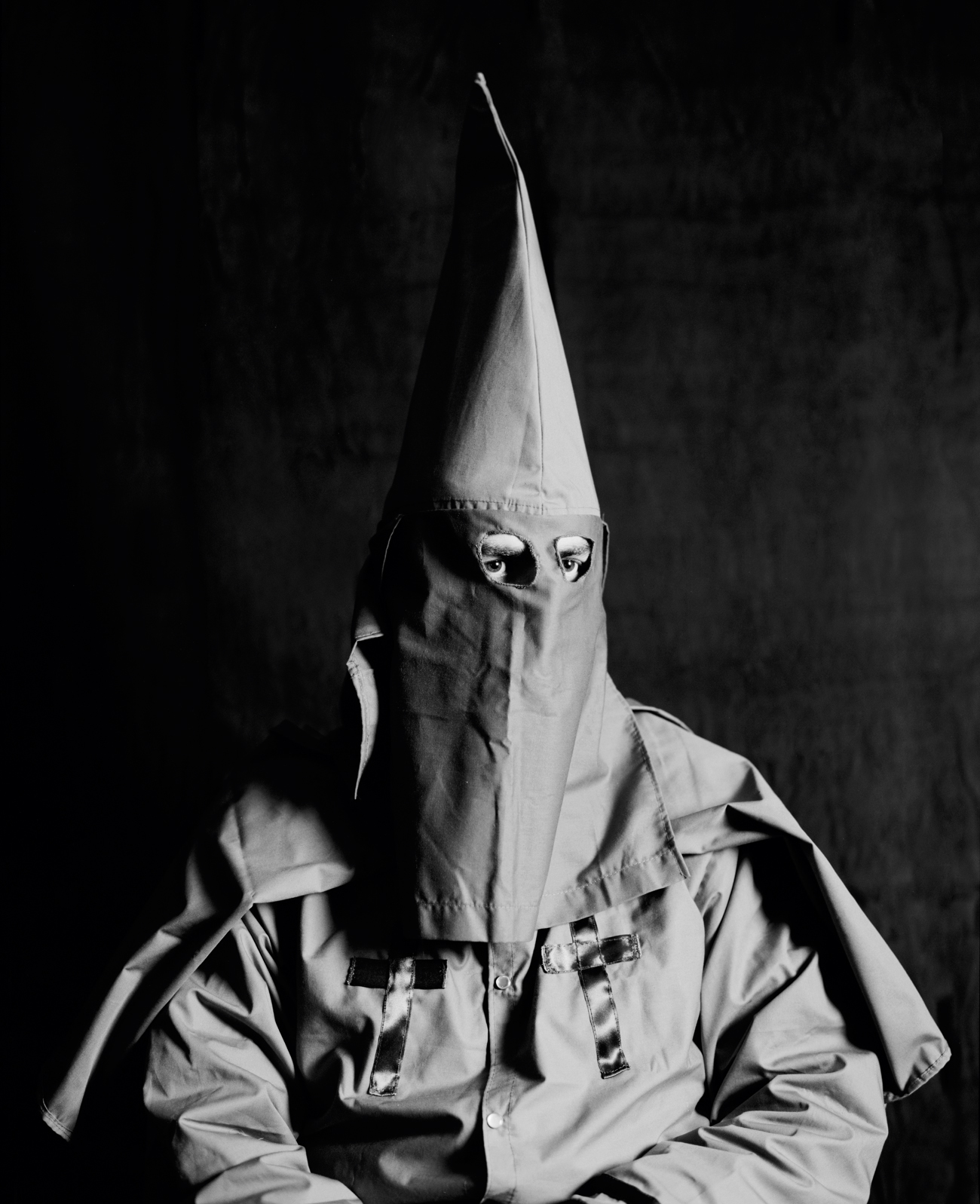 Last fall max snow decided to burn all of his archives and negatives and start again fresh. The result is his first solo exhibition in two years. Moving away from the documentation of subcultures, he turned his lens on his friends and on himself.

JULIANA BALESTIN — Do you like photographing yourself and your friends more than you do Ku Klux Klan members?

MAX SNOW — I guess so. I mean, I don’t know if I enjoy any of it. I do it because I feel like I need to. I don’t know if my friends are easier to convince than Klan members. Both can be difficult.

JULIANA BALESTIN — What about your self-portraits? You always include an accessory, like a noose or a sex mask.
MAX SNOW — That’s new for me. I need them for some reason. I don’t know that it’s so much a sex thing. It’s not a fetish. All those things are meant to contain and constrict. I often feel that way in my life.

JULIANA BALESTIN — People are often shocked by your photographs.
MAX SNOW — I guess it’s always good for people to feel something. But when I make something, I do it for myself, to express myself. I’m not very good at speaking. I’m not a writer and I can’t paint, so I express myself by presenting images. But my intent isn’t to shock people; it’s to let them into my life, into my world. I’m not sure if they get it or not, and I don’t care. It’s so disappointing when a film director underestimates the audience and doesn’t let people come to their own conclusions. On the subway you can imagine people’s stories without ever speaking to them. 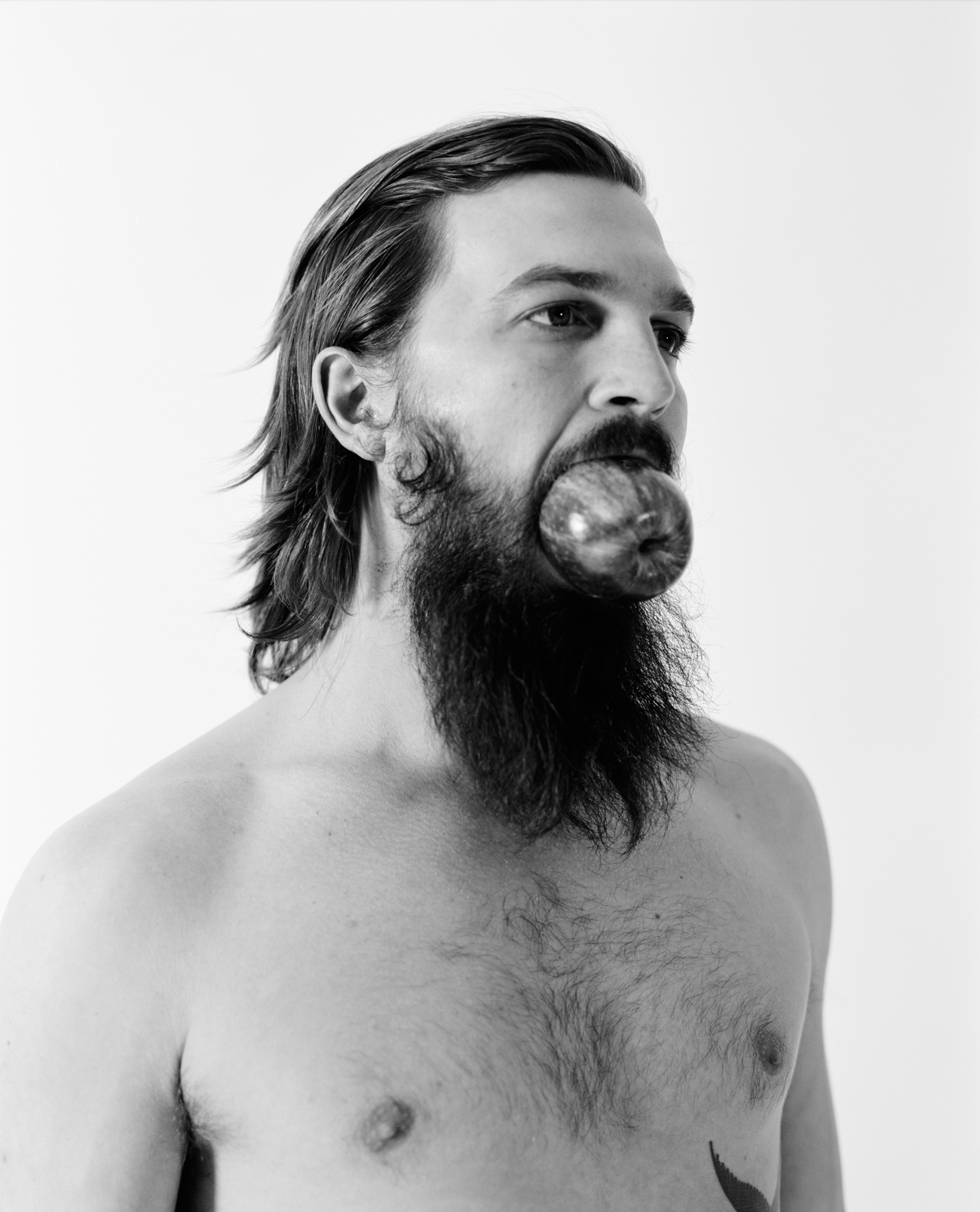 JULIANA BALESTIN — You recently photographed beautiful burning objects and symbols, like runes and pentagrams. Did you construct them yourself?
MAX SNOW — Yes, I did. I was inspired by the Klan gathering in Kentucky I went to. They issued an open invitation to all hate groups, like skinheads and neo-Nazis, and they burnt a cross and a swastika. When it comes to the lighting of these objects at night they all get very silent and it’s a beautiful ritual. They say a prayer and differentiate between burning and lighting. To burn something is to degrade it, but to light it is to honor it. I wanted to honor images that had meaning for me, that expressed goodness in my life. So I decided to construct these objects and burn them in various places.

JULIANA BALESTIN — There are a lot of rituals in your art. And now you’ll even strip for a photograph.
MAX SNOW — It’s a ritual and, somehow for me, it’s spiritual. But I guess those are also fucked-up things. I grew up in a family that had diverse religious tastes. I was never religious. I was never brought to church. It’s all about searching for meaning.

JULIANA BALESTIN — Your mom seems very supportive of your work.
MAX SNOW — Yes and no. It’s always weird when a family member comes to your show and they do that thing where they shake their heads and compliment the framing. You get the noncommittal comment.

JULIANA BALESTIN — That’s what you say to an artist when you don’t like their work. You do get great reactions to your work, though, right?
MAX SNOW — This one guy came to my last show but left very quickly. We spoke later and he said he wished that I’d warned him that the images would be so graphic. They haunted him and he was unable to sleep. I tend to think that’s a compliment. I went to the premiere of Lars von Trier’s Antichrist and some guy had a heart attack during it and they had to stop the projection. I always thought that was the ultimate compliment.