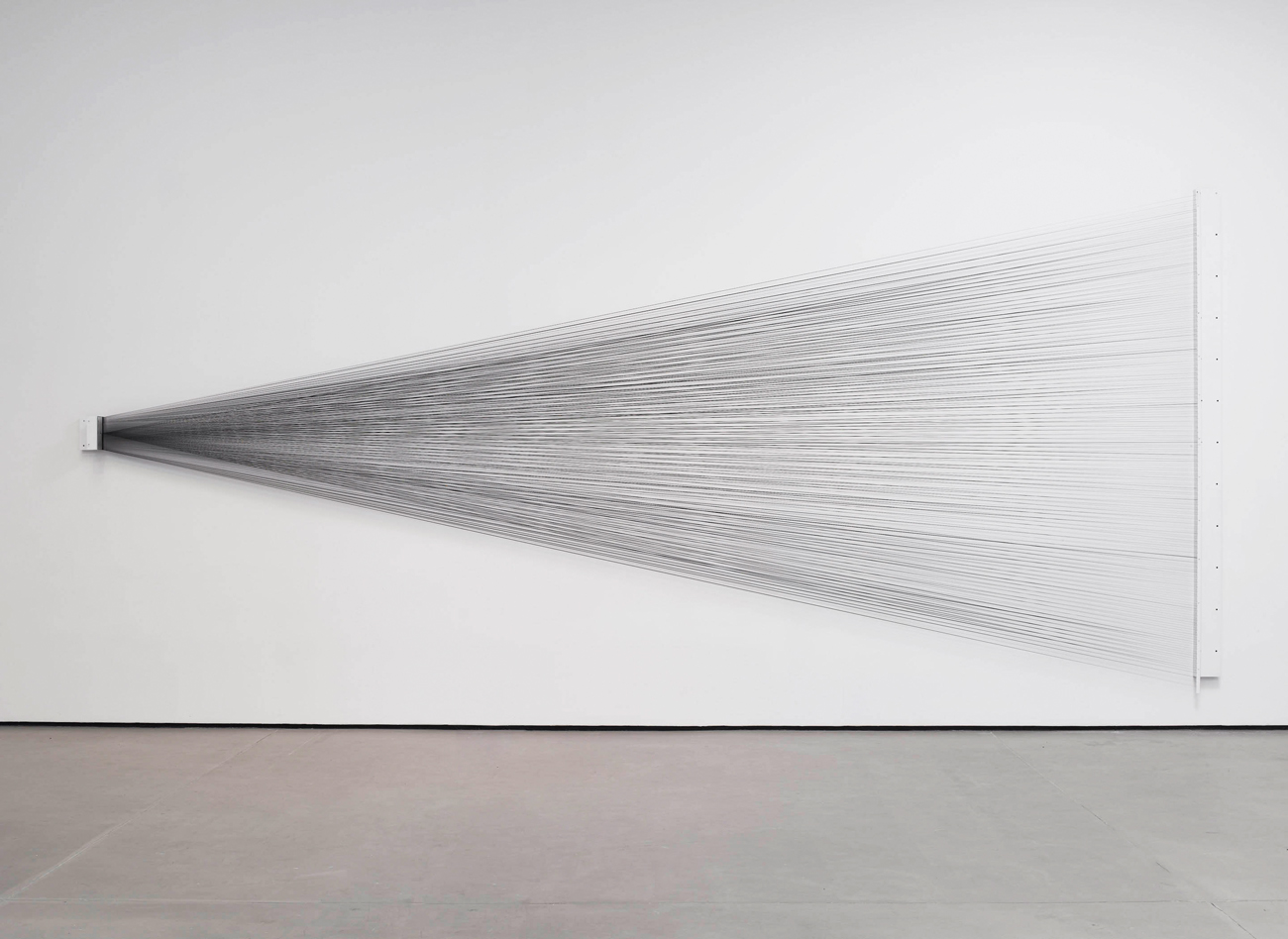 For years the german artist Carsten Nicolai dressed all in a single color and went by the name of Alva Noto. His international nightclub performances were a test of both his endurance and creativity: he simultaneously DJed and put on phenomenal laser light shows. Running parallel to this, Carsten mounted gallery installations involving sparklingly clean, inhabitable sculptures and dizzying digitally designed prints that investigated the limits of the use of technology in art. For the Grid Index, (2009) he ambitiously mapped out the artfulness of mathematics in graphic design, creating a catalogue of the many different kinds of grids possible. For Moiré Index, his latest exhibition at The Pace Gallery in New York, Carsten catalogued 580 distorted permutations in patterns produced by the addition of an extra pattern to grids, resulting in moirés, the distorted effects printers avoid because of their visual instability.

ALEX GARTENFELD — The dizzying effect of a moiré is produced when two sets of parallel lines are set at an angle to one another, right?

CARSTEN NICOLAI — Yes. When you superimpose two patterns in a specific way, it produces a moiré, but if you add a third pattern and then add movement, a 3-D pattern suddenly appears. Moirés only appear when the lines are set at a specific angle, which means that I really have to be very careful about how I make them. I love how things can appear and then disappear — it’s like magic, although in this case it results from a mathematical procedure. In a way it encapsulates a certain conflict of human vision: we think we see certain things that are not actually there, and there are certain things that we don’t see that are actually there. The show at Pace is very involving, because any kind of movement, even just your eye or your head shifting a little bit, will produce a different effect.

ALEX GARTENFELD — Do you have a favorite moiré?
CARSTEN NICOLAI — Oh, yeah. There’s one that’s absolutely astonishing, although it’s not a pure moiré — it’s a hybrid moiré. It’s made with microscopic typeface, so small you can’t read it. But if you put a screen on top of it you can read the typeface very clearly. It acts as a kind of magnifying glass. What’s really interesting about the moiré pattern is that it needs to be printed in black — otherwise you don’t see the colors. I can’t entirely explain why that is, but it seems that our eyes need contrast in order to see the colors. It all comes down to what our eyes create — and what they miss. In the show, there’s a piece made up of rotating lights, spinning in such a way that you don’t see the actual light, only a trace of it. You have the impression that there’s something made of light floating in the air, but you can’t identify it or its source.

ALEX GARTENFELD — For Calvin Klein’s Fall 2010 runway show you created a disappearing environment, one that featured a low-frequency sound. How did you get involved with Calvin Klein?
CARSTEN NICOLAI — To be honest, I didn’t know that Calvin Klein had such an avant-garde fashion line. I knew it as a common ’90s American brand, with a lot of advertising and perfumes. But it’s comparable to labels like Comme des Garçons, because it’s so minimal, architectural, and futuristic.

ALEX GARTENFELD — How did the audience respond?
CARSTEN NICOLAI — For the first 40 minutes of a fashion show it’s all chatting and taking pictures, so half of the people there didn’t hear it. But some people understood it from the minute they entered the room. Just before the show began we created a moment of darkness. That was followed by a minute of nine synchronized projections, with lights and sound on the floor, that continued as the models walked by. It created a very specific atmosphere.