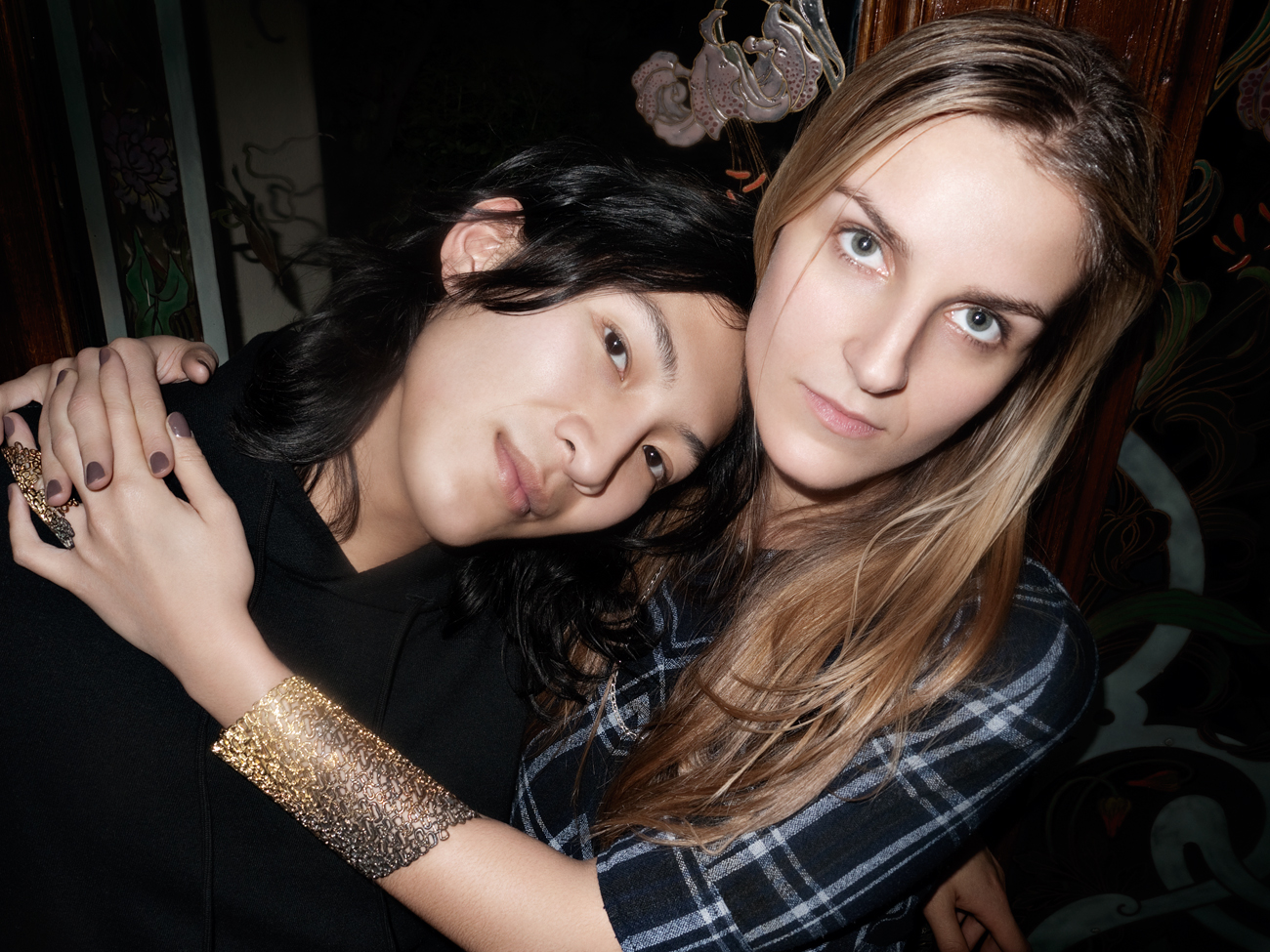 The new york designer Alex Wang solicited Gaia Repossi, the designer of Ere by Repossi, for a collaboration on jewelry for his F/W 2010 collection. Here they speak about the creative bridge between Place Vendôme and Downtown New York as well as their creative experience of working together on luxury jewelry.

OLIVIER ZAHM — You presented your first collection five years ago and now you’re a big success. What you do is so right for the moment.

ALEX WANG — Well, I always wanted to create clothes that people love and want to wear. What makes me happiest is seeing my stuff actually being worn and having my friends experience what I create.

OLIVIER ZAHM — Your clothing is really made for a certain kind of girl, a New York girl.
ALEX WANG — I don’t define my girl by where she’s from or how old she is or what type of body shape she has. I think it’s for a certain type of sensibility shared by all kinds of girls worldwide. We’re a New York brand, but the more we grow in different parts of the world, the more we learn that our customers exist ever­ywhere. A lot of my inspiration comes from where I live, where I’m from.

OLIVIER ZAHM — In New York there’s the feeling that fashion is connected to life, to music, to art. Maybe that’s why Helmut Lang moved to New York.
ALEX WANG — I feel the same way about Paris. In New York, we’re always around the same kind of people. There are only so many places to go out to see bands, to listen to a certain kind of music. That’s why I go to Paris every season. It’s a completely different world — the architecture, the history. When Gaia first came to my office she told me that New York has all these really young, popular “it” girls. But it seems to me that Paris has cooler “it” girls. They’re much more stylish. Even random girls on the street are so cool. But maybe that’s just the novelty of not being surrounded by what I know.

OLIVIER ZAHM — Is Helmut Lang a reference for you?
ALEX WANG — Definitely. I was born in ’83. I’m a child of the late ’80’s, early ’90’s. That’s when I grew up, when I first ex­perienced fashion, and Helmut Lang, Margiela, Tom Ford, Marc Jacobs were the generation I looked up to.

OLIVIER ZAHM — Did you two meet in New York or in Paris?
GAIA REPOSSI — We met in Paris — just last season, in fact.
ALEX WANG — I think we met at Le Baron, through Vanessa Traina, whom I went to high school with. It was one of the first nights of Fashion Week. Then we met at Joseph Altuzarra’s house.

OLIVIER ZAHM — But Gaia and you are not such an obvious match.
ALEX WANG — Each season I try to surprise people. That way the brand can evolve, yet maintain its DNA.
GAIA REPOSSI — I was very flattered when Alex asked me to collaborate with him. I iden­tify myself with Alex’s clothes. I’m feminine, but not too much — not glamorous — so I really love what Alex does.

OLIVIER ZAHM — You weren’t that known for jewelry, Alex.
ALEX WANG — Well, we did do a couple of small jewelry collaborations before this one. But it’s not really something we do every season. Collaborations have to make sense for the collection — what it’s about, what it’s referencing. This season it was about heritage. I love the idea of family jewels and their histories. Gaia is part of the next generation of this brand, which is part of her family. She’s really taking it to a new place. We’re from the same generation and I thought it would be great to create something that felt new and different, but still using her family background, which is all about super-deluxe, super-refined fine jewelry.
GAIA REPOSSI — But we ended up destroying all the jewelry we made!
ALEX WANG — We ended up hating 24-karat gold jewelry! We began burning it — charcoaling it.
GAIA REPOSSI — Alex kept telling me, “We need ochre jewelry!” I was wondering how we were going to do it. In the atelier they thought of burning it with an oxidation process, using a flame. So we tried it, and it turned out to be amazing. It’s high-end jewelry, but unlike anything you see now.
ALEX WANG — It’s not at all for the Place Vendôme! We always follow the sensibility of taking something very precious, but then not wearing it in a precious way. As if everything you own, whether it’s a t-shirt, fine jewelry, worn-out sneakers, a Birkin bag, or whatever, is of the same value.