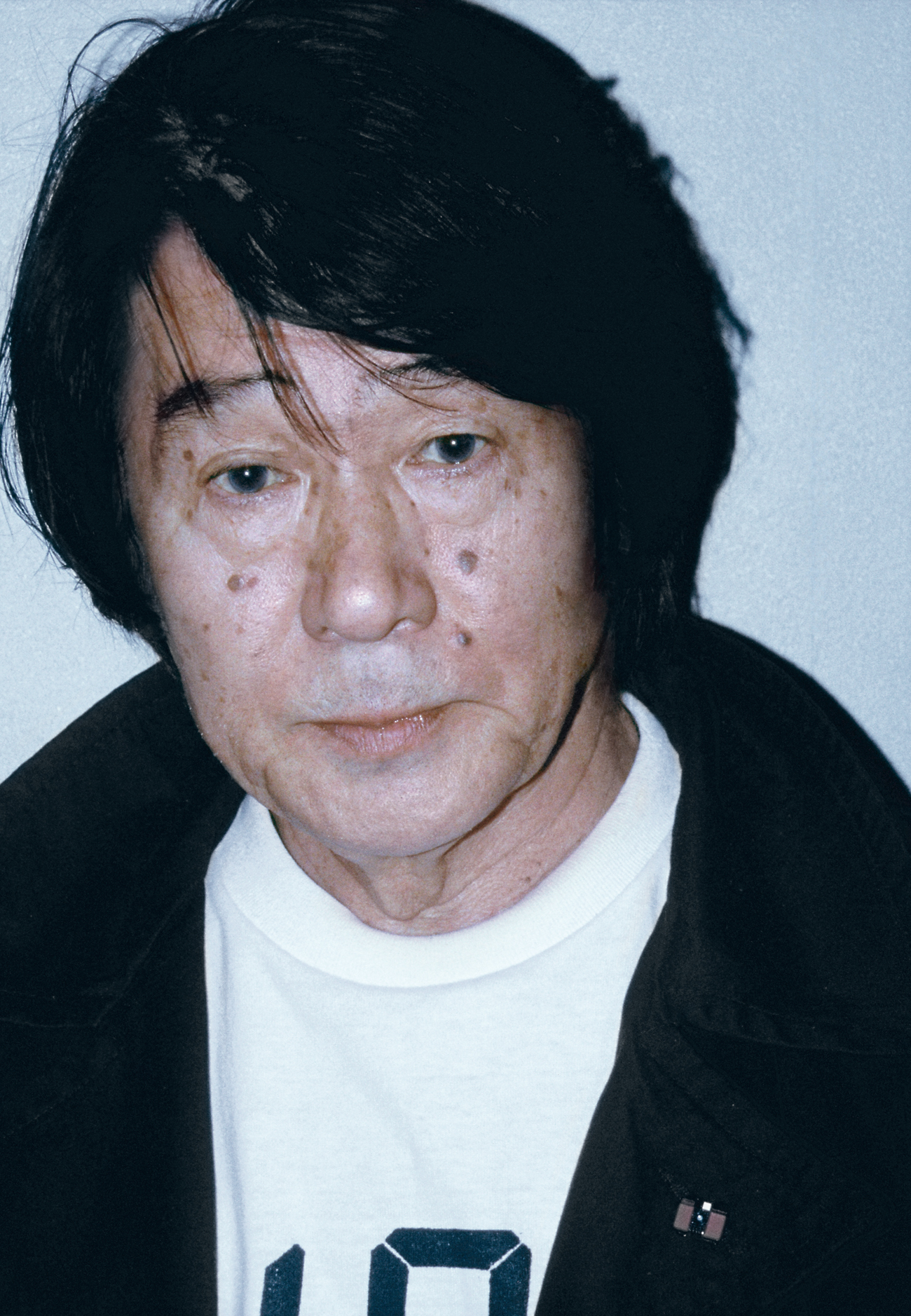 Everyone’s familiar with Araki’s work, but true fans of Japanese photography also love the black-and-white photographic sensuality of DAIDO MORIYAMA, one of the most secretive artists of Tokyo’s avant-garde. Moriyama’s images of street life, particularly those of the seedy Shinjuku area of Tokyo, are the work of a master of pictorial improvisation and sensitive focus. Moriyama is now a cult artist, but his obsession for street snapshots began back in the ’60s, making it decades now that he’s been influencing photography — using the same old Ricoh camera! 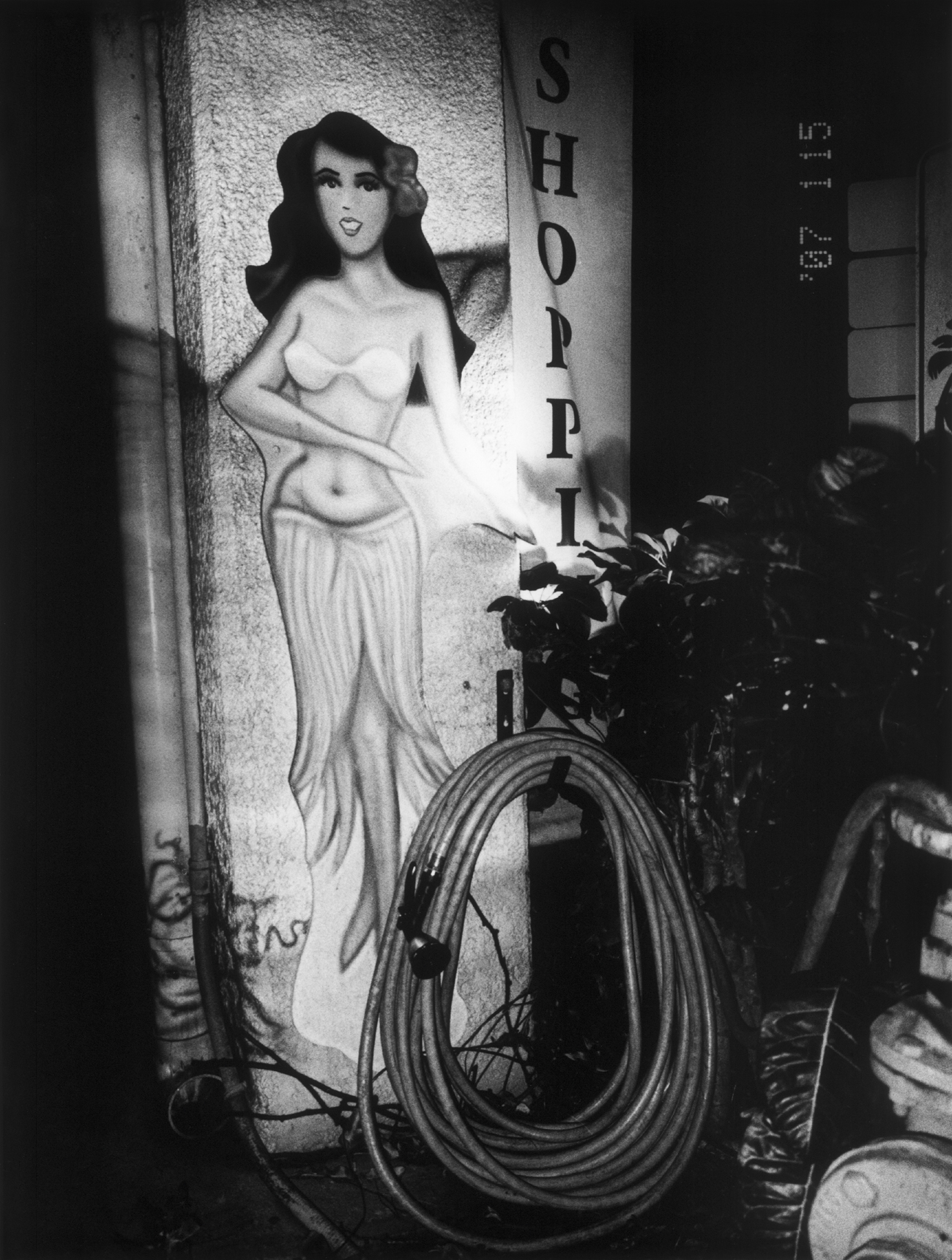 FUMIHIRO HAYASHI — Your photography is now very popular internationally. How is it perceived outside of Japan, compared to inside Japan?
DAIDO MORIYAMA — My impression of Japanese people is that we’re always unclear. Foreigners, on the other hand, are very explicit. For example, they’ll ask me, “What was your concept for making such and such a photo?” And they speak with clear views about their own photographs. But both perceptions are fine with me. Foreigners are more sensuous than the Japanese when it comes to photography, and are also more argumentative about photography. I know this is kind of contradictory. But in general, I guess my work can’t be understood overseas without some explanation. I also feel that the way the foreign media thinks of Japanese photography has changed, but that they still criticize it based on their own points of view. Originally, Japanese photo­graphs and photographers were regarded as mature. Foreign recognition of this maturity now influences our own appraisal of it. It must have been quite a surprise for foreigners, the different ideas and approaches we have. 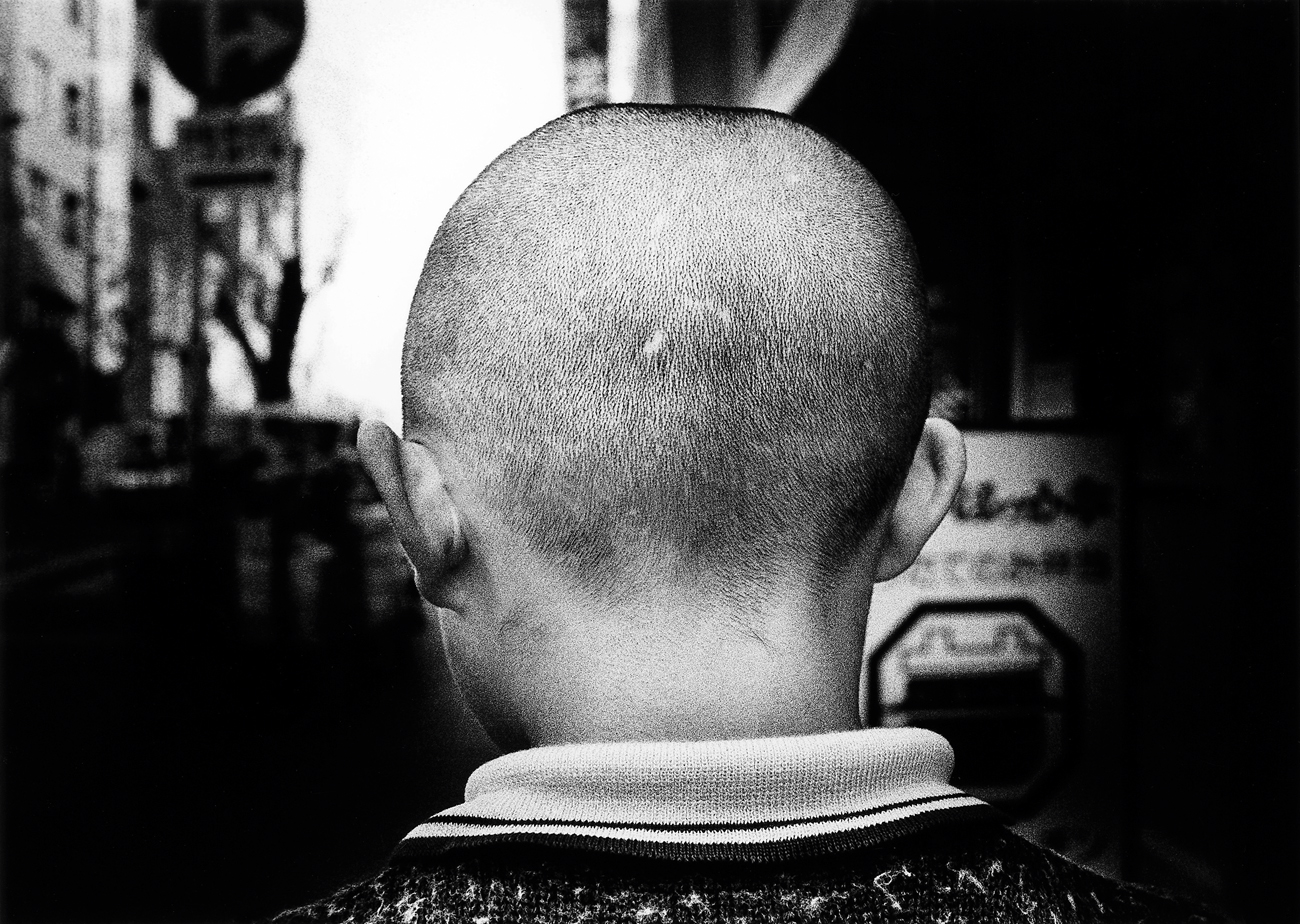 FUMIHIRO HAYASHI — Since the ’60s you’ve devoted yourself to taking snapshots.
DAIDO MORIYAMA — Things have changed since the ’60s, but my style of street snapshots hasn’t. I love the street. It’s very interesting to me. It’s the only interest I have. That’s why, whether I go to New York, Hawaii, or Buenos Aires, I take exactly the same stance when shooting a photograph. I believe that photography exists in the street, in the outside world. This might be my own wrong impression, but it comes closest to my actual conviction. Streets overwhelm me. The street is so dramatic, so full of pop art, conceptual art, and all kinds of progressive art. That’s why I have my camera with me every day, everywhere I go. 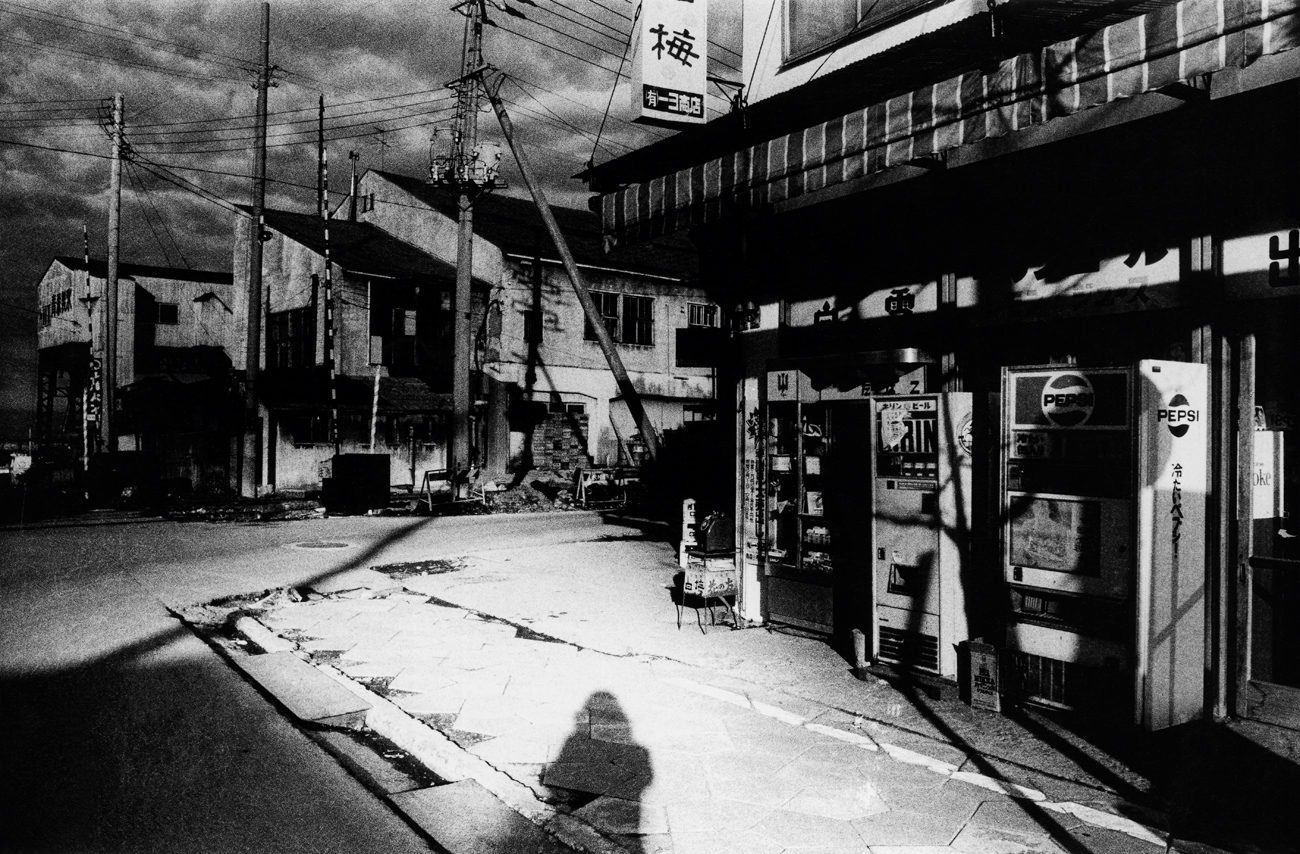 FUMIHIRO HAYASHI — What makes you want to shoot something?
DAIDO MORIYAMA— It’s case by case. Maybe what Kishin Shinoyama said in the Minolta TV commercial might help you: “When you gasp, shoot.” Street snaps are sensuous and physiological. They come from the conditions of a response. I capture the moment of recognition — or the memory — of an esthetic sense. Foresight and divination bring it all together. The moment when I shoot is unconscious. There might be something else beyond my consciousness that I’m just not aware of. I can’t make any assumptions about what leads me to take a picture.

FUMIHIRO HAYASHI— Is there anything in your direct experience that increases your attraction to the street?
DAIDO MORIYAMA — When I was an elementary school student I hated going to class. So I went to the library to read books, or I just hung out in the street. I remember street scenes subconsciously. When I take snapshots now, I feel like something is recalled from that period of my life. It’s not nostalgia. It’s more like having seen so many things that I can now pull them out in photography. 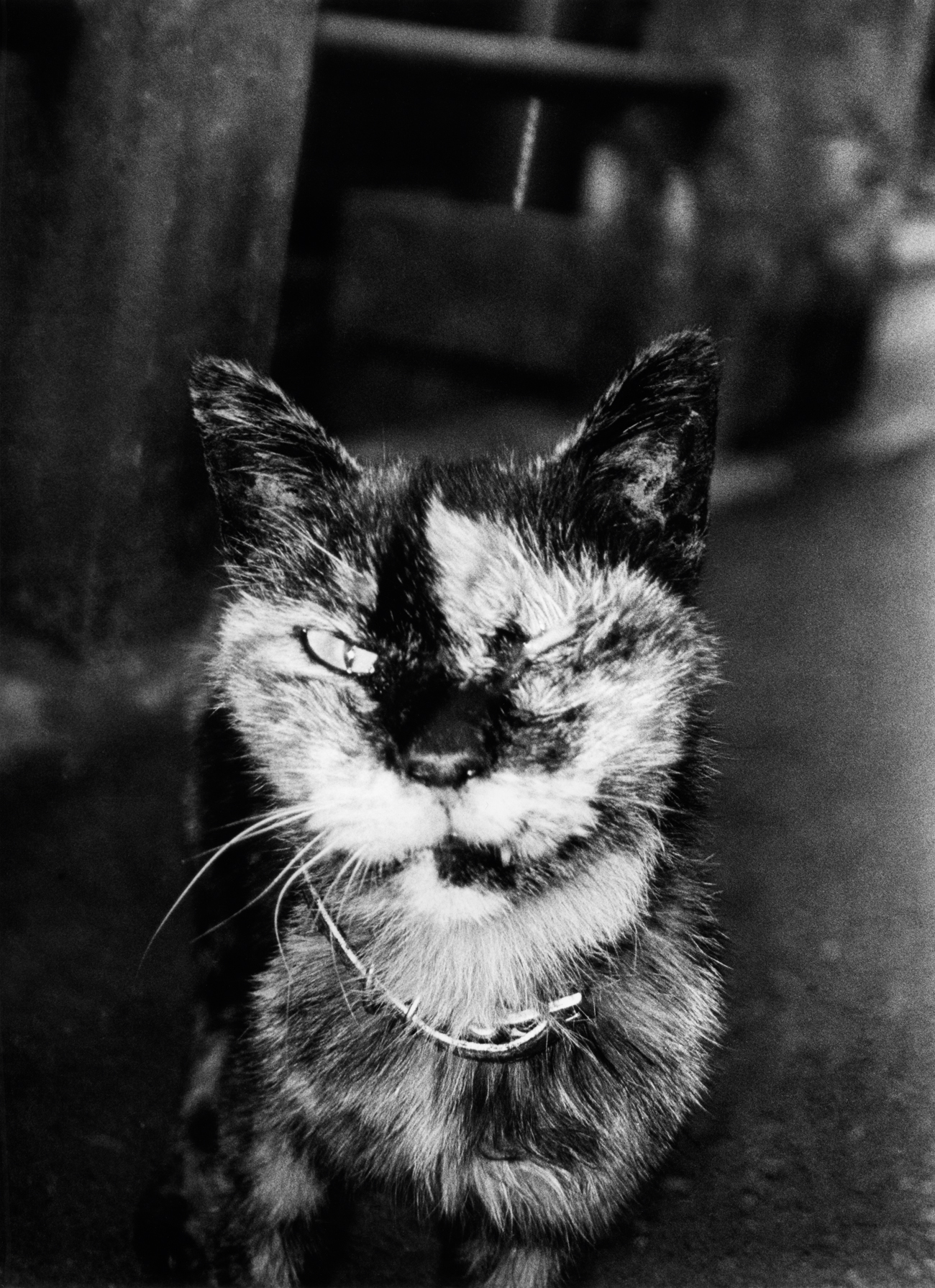 FUMIHIRO HAYASHI — You were born in 1938, which means you saw the war ruins of Japan when you were child.
DAIDO MORIYAMA — I entered elementary school the year the war ended. I wasn’t aware of the severity of it all — I saw it from a boy’s point of view. The nature of my father’s business allowed my family to move from one city to another. So compared to most other kids, I saw many different things. I think this experience is somehow connected to the moment when I shoot.
But I wish I could have captured those sights on film. What I regret most is that I didn’t take any photos during that time. I wish I’d been in my 30s and had had a camera with me in 1947 or ’48.

FUMIHIRO HAYASHI — What’s your most vivid memory?
DAIDO MORIYAMA — People crowded around a bonfire in the rubble behind Osaka station, at the end of 1946. There were long lines of people waiting for trains and vagrants hanging around. I also remember that when I was in 5th grade my school was next to an American base. America was at war with Korea and during our classes we’d hear their bombers taking off for Korea. When school was out I loved to hang out alone in the bar district near the American base. The neon lights sparkled and I was attracted to the obscene atmosphere of it all. That’s why every time I go to Yokosuka or some other American base, it’s still exciting for me. 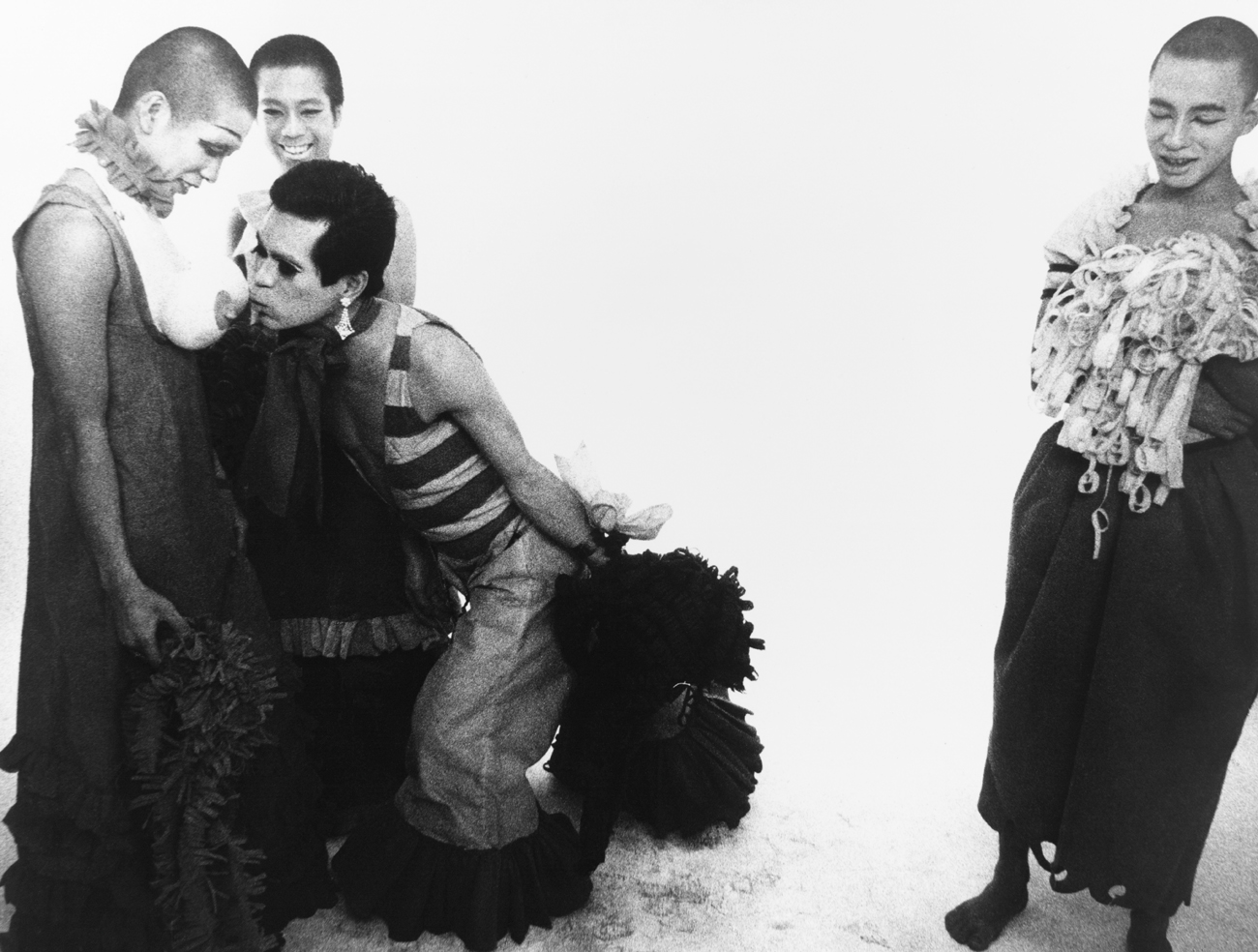 FUMIHIRO HAYASHI — There’s a peculiar atmosphere in the entertainment areas around the American bases.
DAIDO MORIYAMA — I am extremely Japanese, but I have a strong affinity for America and American things. The last time I went to New York, the minute we landed I was happy. Since the war, American culture has been reflected and intermingled in various ways in Japanese consciousness. We can’t get away from it, for better or for worse. My generation has integrated the idea that Japan did what it needed to do for itself, and that America did the same. We can see both sides. 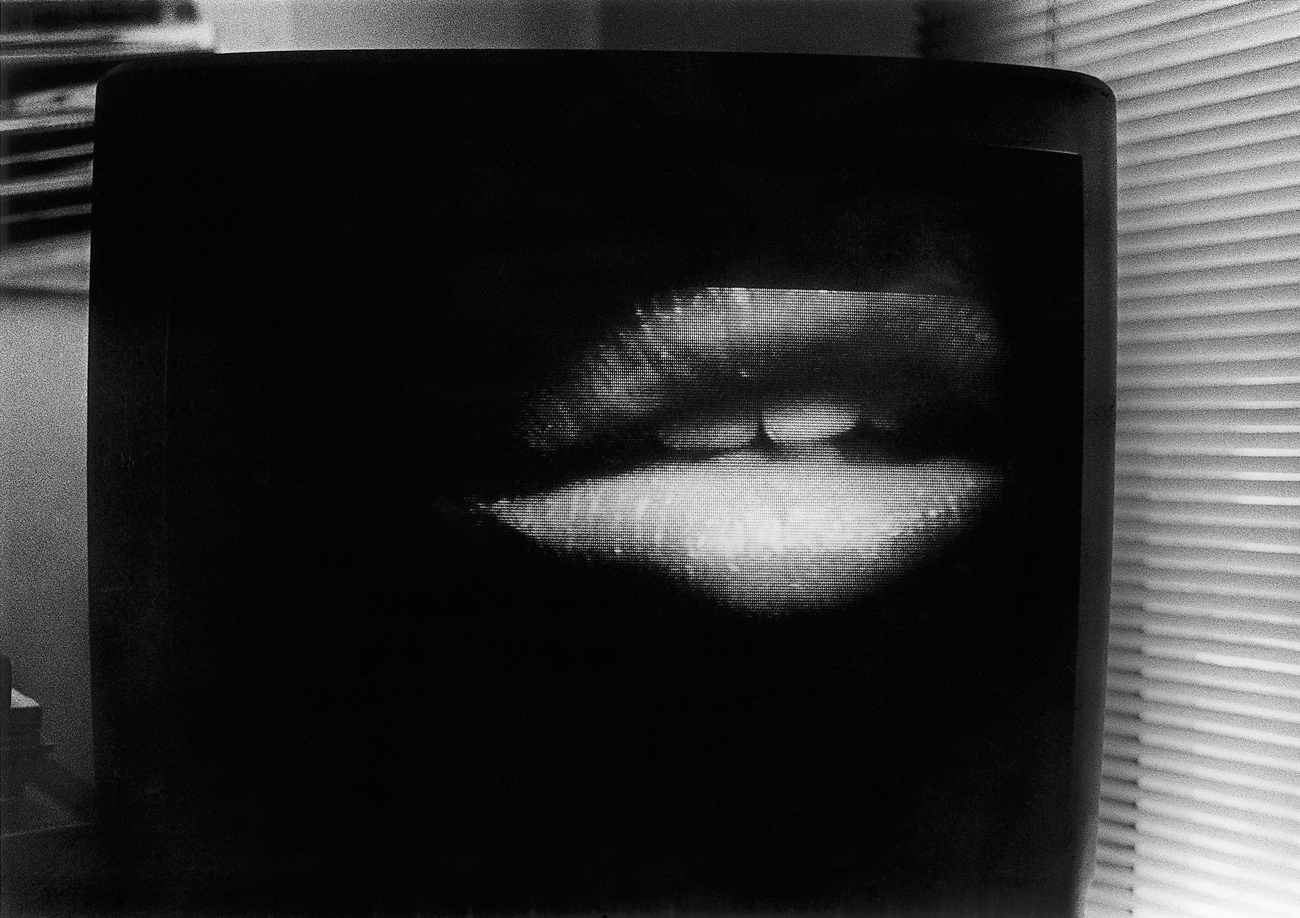 FUMIHIRO HAYASHI — I’d say that the years right after WWII were the golden age of American cultural influence and of hope. It was different from the America of today, which is so impoverished
by terrorist wars. The Japanese culture of the ’60s was influenced by the American culture of the ’50s. Do you like Jack Kerouac?
DAIDO MORIYAMA — Yes, I’m a Kerouac fan. I first read his work in the late ’60s. On The Road was recommended to me by my friend, the photographer Takuma Nakahira. I found comfort in it.

FUMIHIRO HAYASHI — Were you interested in literature when you were a child?
DAIDO MORIYAMA — Back then it was more interesting for me to read girl’s magazines than boy’s magazines. 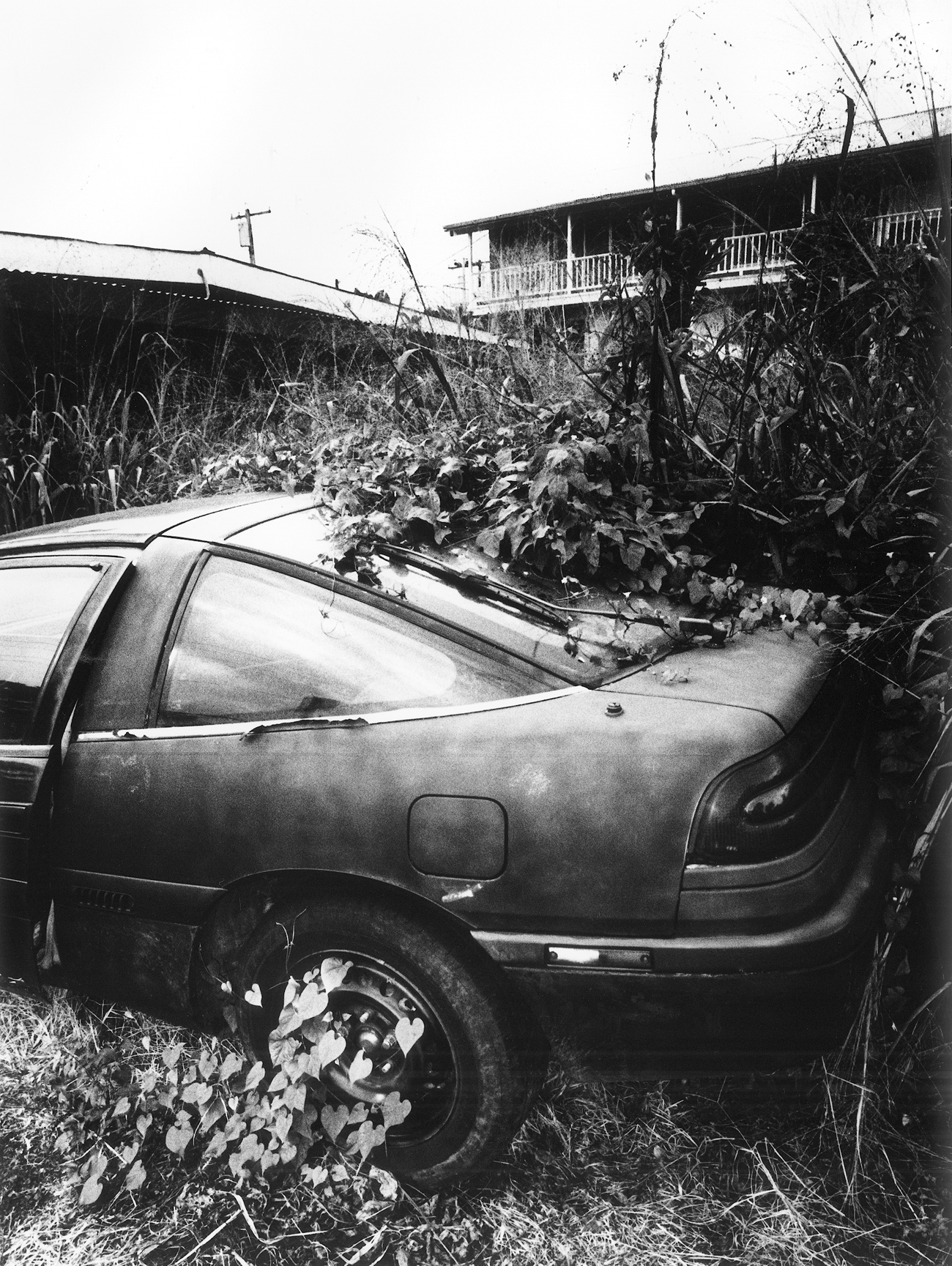 FUMIHIRO HAYASHI — When did your interest in photography begin?
DAIDO MORIYAMA — I was 17. I borrowed Robert Capa’s book, Slightly Out of Focus, from a friend. It was my first experience of a photographer. I never knew that such people existed. When I was 20, I was working for a design studio, which wasn’t interesting at all. So I transferred to the Iwamiya Photography Studio in Osaka — not because I wanted to be a photographer or because I liked photography, but just to change my environment.

FUMIHIRO HAYASHI — Did you take snapshots right from the beginning?
DAIDO MORIYAMA — Well, I was influenced by Seiryu Inoue. I started to shoot in the street and all around the city. Mr. Inoue was very good to me. He was shooting around Kamagasaki, which in those days was the biggest slum in Japan. I followed him around in the ghettos while he shot. My Kamagasaki experience with him was my first impression of real street photography. So my own snapshot art comes from Seiryu Inoue. He’d say, “I’ll shoot around the area. If there’s trouble I’ll run this way and you run that way, OK? Because we’ll both get caught if we run the same way.” I followed him around like a puppy — this wild photographer smuggling out thrilling scenes of Kamagasaki. Then, when I was 21, I tired of Osaka and moved to Tokyo, where I first saw William Klein’s New York. That was a definitive moment. The last page of New York is a shot of a view overlooking Manhattan. I thought it was so fucking cool. I wanted to take a photo like that. That’s why I gradually became absorbed into photography.

FUMIHIRO HAYASHI — I have the impression of you being from Shinjuku rather than from Tokyo. How did you find your way to Shinjuku?
DAIDO MORIYAMA — I arrived in Tokyo at Shin­juku, coming from Osaka. The atmosphere was just overwhelming. It had a different kind of chaos than Osaka’s. I got so completely lost in Shinjuku that I’ve been hanging out there ever since. I wandered around alone every night after work. There was really nothing to do, so I either went to an all-night movie theater, or I roamed the streets, playing bingo games, gulping down cheap liquor in Piss Alley, getting wasted in Golden Alley, watching the left-wing riots which went on constantly. Every night was like that. I didn’t have a place to live for almost three months — I’d go to work straight from the slum. Anarchy and elegy. My dubious personality fits in well with Shinjuku. I have chaotic Shinjuku in my blood. I love Shinjuku. You simply can’t compare it to any other city.