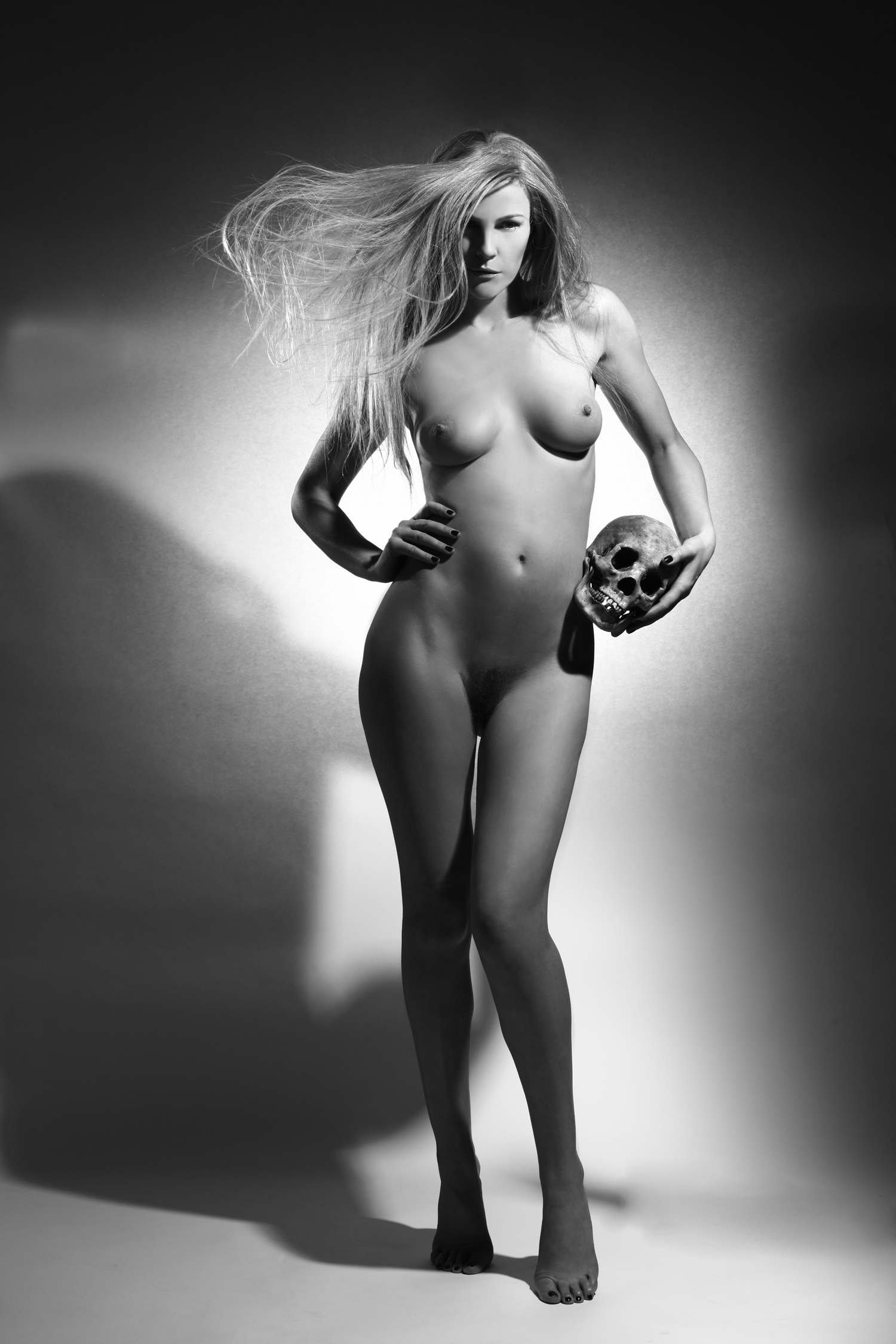 Skulls galore: it’s a label with a man’s name, that’s punk but exclusive. Who’s behind the enigmatic Thomas Wylde?

CAROLINE GAIMARI — So your name is not really Thomas Wylde, right?
THOMAS WYLDE — No, my name is Paula Thomas

CAROLINE GAIMARI — Where does the name come from?
THOMAS WYLDE — It’s a combination of my grand-parents’ names. The two sides of my family hated one another, so I decided to put them together, if only in name , and have them live side by side – a little revenge on my part. but I think thomas Wylde has a lovely ring to it. People always think I’m a ma. It’s quite clear I’m not, but I find the mystery intriguing. With a name like that, it doesn’t have to be just clothing. It can be anything. I can create a life-style brand and have wallpaper, rugs, and all sorts of home furnishings. Maybe one day it could be a hotel, the next day it could be a yacht.

CAROLINE GAIMARI — Why did you leave London’s strong fashion and punk heritage for Los Angeles, a city not really known for fashion?
THOMAS WYLDE — I don’t really need to work in a so-called fashion-driven city. Quite the opposite, in fact. Sometimes it’s better to get away from the fashion industry and focus on my own thoughts. I was 22 years old when I first arrived in Los Angeles in 1988, and had just given birth to my daughter Harley. I was modeling at the time and at first I hated L.A. I felt like there was no social structure or culture. It was just one house party after another and lots of cocaine. Being a parent, I couldn’t indulge in that, of course. Lucky me. I did return to London in the early nineties to work with Julien MacDonald, and at first I was very glad to be home. But I soon found the weather and the party scene oppressive. Los Angeles had gotten in my blood so I went back. What I do think works in my designs, though, is the conflict between the laid-back Californian style, which I’ve come to love, and the London/European aesthetic. There’s still a place in my heart for my London punk days.

CAROLINE GAIMARI — Yeah, I noticed. You really have a thing for skulls!
THOMAS WYLDE — I’ve always had a love for skulls as iconic symbols of rebellion and rock and roll. Thomas Wylde embodies the spirit of punk, but I choose to interpret it in another way, and bring in an element of sophistication and luxury through my choice of fabrics and prints. If it’s paradox, it’s because I’m a paradox: the rebel with a fuck-you attitude who’s also a forty-one year old feminine woman. I’m conflicted. Thomas Wylde is really an expression of that conflict.

CAROLINE GAIMARI — How would you describe your relationship with Julien McDonald?
THOMAS WYLDE — In the beginning it was great. I worked with Julien in different capacities for close to five years. But when we were asked to head the house of Givenchy I decided that I couldn’t work with him any more. We had just grown too far apart. I gained great insight into the fashion industry working with Julien, even if I did have to my leave my beautiful family in Hollywood and sleep on his couch for two years! Unfortunately, we ended on a sad note. But that’s life.

CAROLINE GAIMARI — How has your modeling experience helped you with your design career?
THOMAS WYLDE — Well, experience makes us who we are, and I benefit from the lessons I learned while I was working with great talents like Nick Knight and Jeanloup Sieff and Issey Miyake and Jean Paul Gaultier. Watching their creative processes gave me knowledge I use to this day. You know, there was a time in my modeling career when I felt a little lost. Modeling can be a very empty existence because models are only what others want them to be, never what they themselves want to be. Always the creation, never the creator. But now I’m at the wheel.