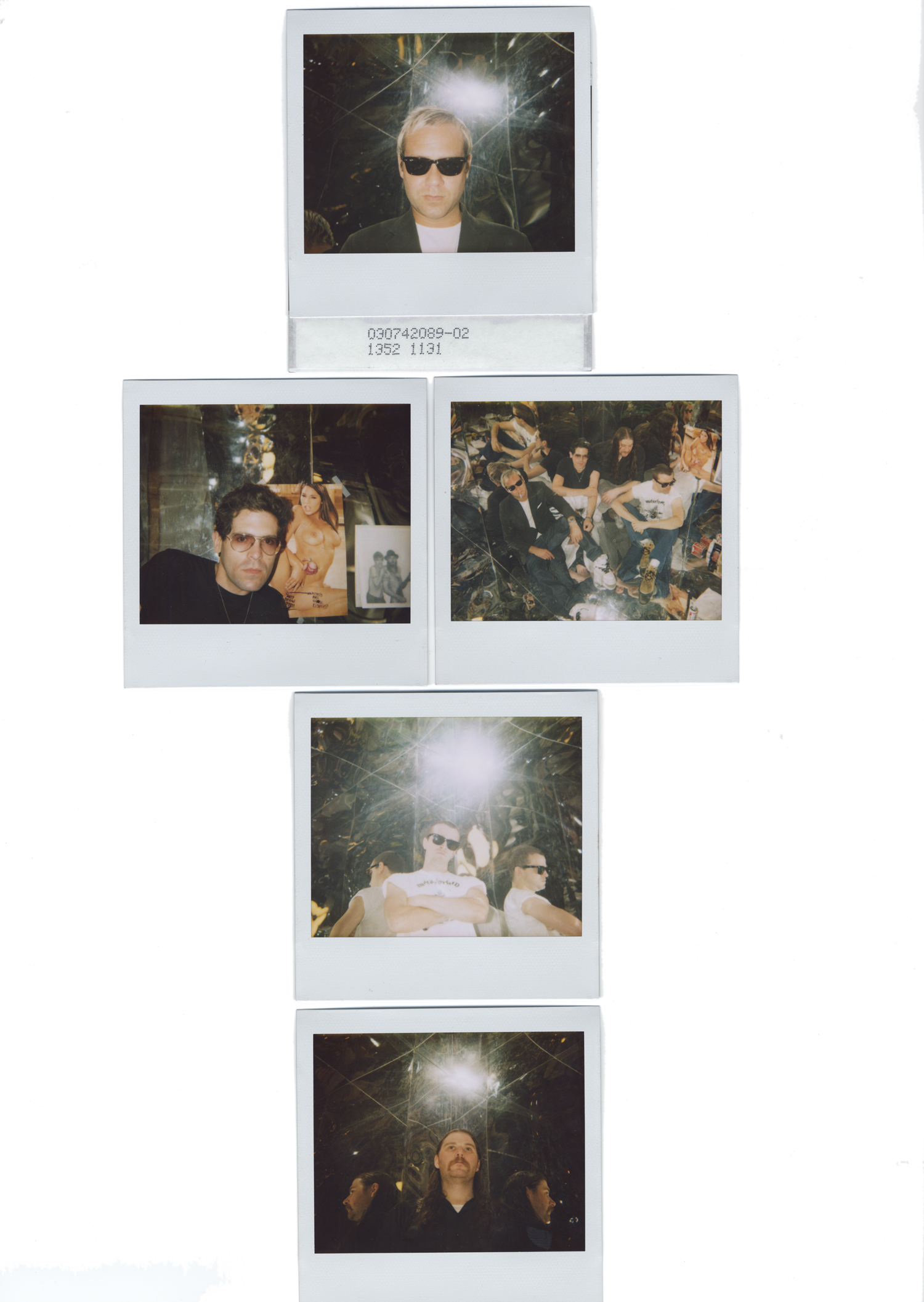 interview and polaroids by DASH SNOW

After shooting some funhouse Polaroids with artist Dash Snow at his Chinatown loft, A.R.E. Weapons sat down and talked about their new record, Modern Mayhem.

DASH SNOW — It’s been a while since we’ve heard from you guys. What have you been up to?

DASH SNOW — How would you describe the music on your new record?
A.R.E. WEAPONS — I hope it’s evolved a bit, and that it’s energetic, hilarious, and honest music. The songs vary a lot and show different sides of the Weapons. What we’re about. Where we’re coming from. Oh yeah, and it rocks. Maybe we’ll entertain you. But maybe it’ll go deeper and you’ll keep coming back. Make a personal connection. That’s our real goal. To make radical meaningful art that people can connect with.

DASH SNOW — There’s a lot of New York attitude in your music….
A.R.E. WEAPONS — We just love the city. There’s no other time or place we’d rather be living in. I love music that’s of its time and place, and I hope ours is.

DASH SNOW — Who have you been influenced by?
A.R.E. WEAPONS — Oh, so many people. The Velvets Underground and seventies Lou Reed. The Ramones. Bad Brains. Suicide. Solo Alan Vega and Martin Rev. Ornette Coleman. Charles Mingus. Albert Ayler. The Contortions and Mars and the No-Wave Freakers. Rocket from the Tombs and Pere Ubu. Hip-Hop. Dancehall. Girl groups. The Lyres. Modern Lovers. The Cramps. Gun Club. Johnny Thunders. Joey Semz. The Stooges and solo Iggy. There’s a lot of great music out there. Hard to know where to start.

DASH SNOW — What makes you happy?
A.R.E. WEAPONS — When shit goes right and life really rules. Or when everything goes wrong and life still rules. And puppies. Mustn’t forget puppies.

DASH SNOW — Speaking of lousy tippers, you all work in bars. What’s up with that?
A.R.E. WEAPONS — It’s a calling, I guess. We can get wasted at work. And we do.

DASH SNOW — How do you know Dash? What do you think of his ascent in the art world?
A.R.E. WEAPONS — We’ve known young Dash forever. Just from hanging out. Dash rules. He’s super enthusiastic and positive and nice. We like that in people. Yeah, Dash is definitely good people. We think it’s great that he’s doing so well.