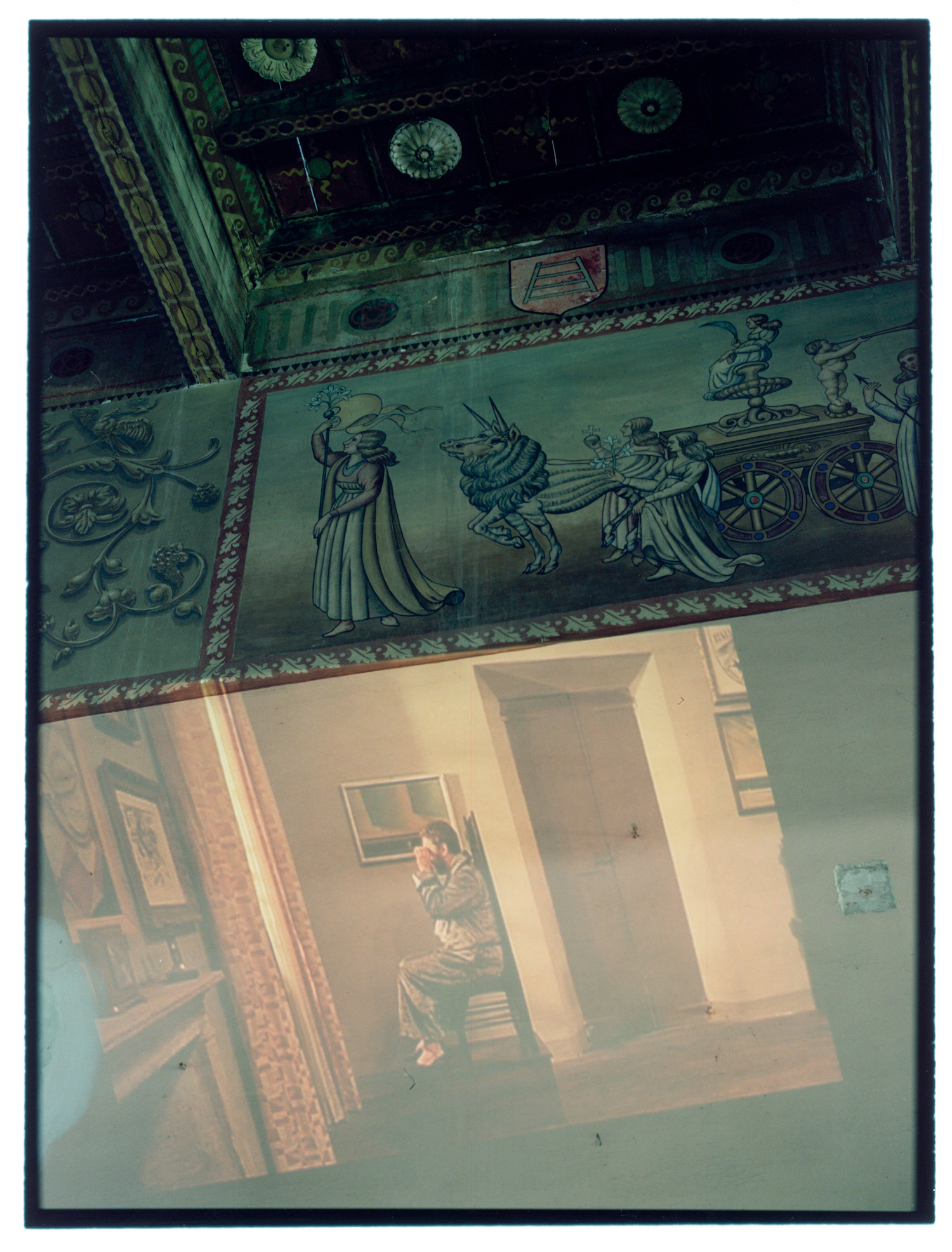 Salò, or the 120 Days of Sodom: Italian photographer Manuela Pavesi recently bought the villa near Mantova where Pier Paolo Pasolini shot his last film. In this exceptional house, enrolling the artist Francesco Vezzoli, she re-enacts haunting scenes from this visionary film and summons up its lingering cinematic ghosts. 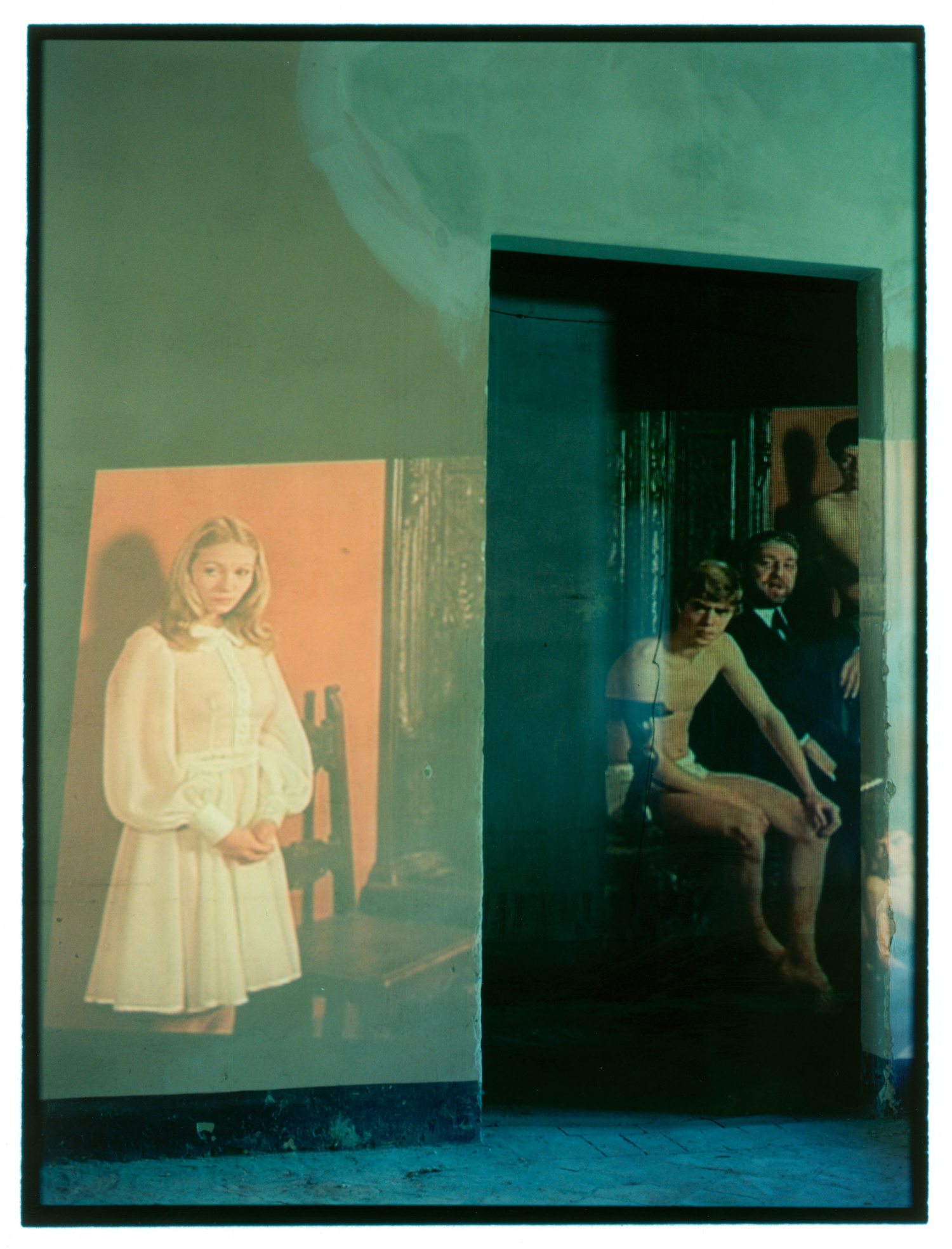 OLIVIER ZAHM — You bought the house where Pasolini shot Salò, or the 120 days of Sodom. What attracted you to it?
MANUELA PAVESI — I’m Italian and believe the Renaissance was Italy’s best era. Giulio Romano built the house in the sixteenth-century and the proportions are typical of the period. I love the forest around it. The 500-year-old trees. It’s located in a village called Villimpenta, twenty minutes from Mantova. The surrounding countryside is real Italian farm landscape. 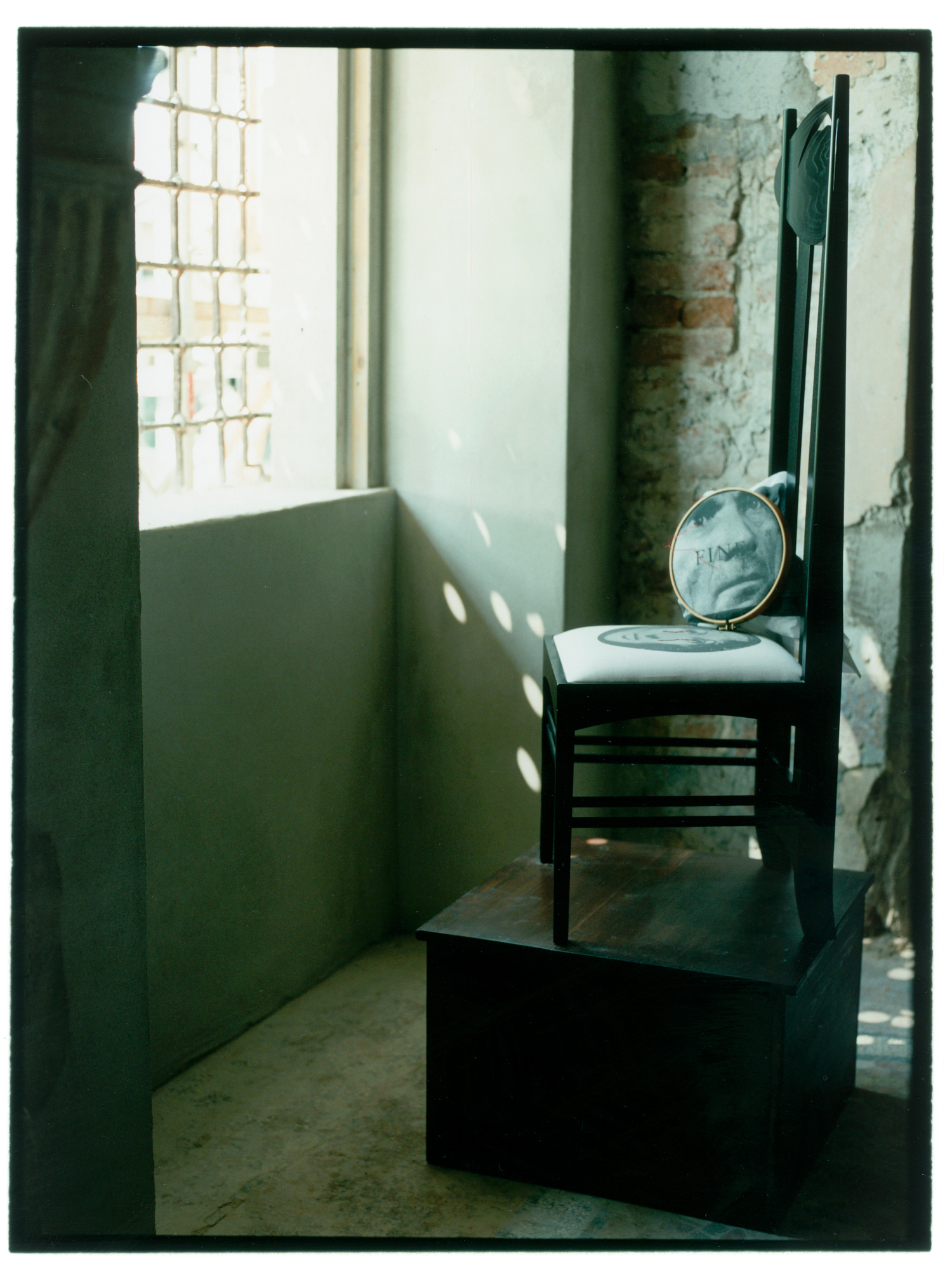 OLIVIER ZAHM — How did you feel the first time you visited the house?
FRANCESCO VEZZOLI — Shocked and intimidated.

OLIVIER ZAHM — Manuela, do you know the story of the house? Why Pasolini ended up shooting Salò there?
MANUELA PAVESI — It was built for Vincenzo Gonzaga, Duke of Mantova, then sold to a family who owned it until the nineteenth century. Pasolini had friends in Mantova, and he was especially close to someone who was at school with me, someone who later became a writer and poet. Pasolini gave him a part in the movie. Bernardo Bertolucci shot 1900 there, too.

OLIVIER ZAHM — Are you planning on renovating the house?
MANUELA PAVESI — I’m only going to correct some structural weaknesses, and then just what’s necessary. I want to keep it intact, because I love the bohemian atmosphere.

OLIVIER ZAHM — Francesco, Manuela has photographed recreated scenes from Salò at the house, and you posed as one of the characters. Was it difficult for you?
FRANCESCO VEZZOLI  — I knew it would be a dangerous game and I accepted only because I trust Manuela and Purple so much. To be honest, I was afraid of looking a bit pretentious.

OLIVIER ZAHM — Does the picture of you on the chair refer to the scene at the end of the movie, the one that shows a voyeur looking at the torture garden?
FRANCESCO VEZZOLI  — Definetely. It’s one of the most poignant scenes, since the whole movie itself is a voyeuristic experience for the spectator.

OLIVIER ZAHM — How has Salò influenced contemporary artists?
FRANCESCO VEZZOLI  — Unfortunately, most artists today are afraid of discussing structures of power with the same clarity and honesty that Pasolini did.

OLIVIER ZAHM — What do you think of Pasolini today, Manuela?
MANUELA PAVESI — I think Pasolini was ahead of his time. He definitely was a prophet. A study of Conversazioni D’Amore is key to understanding what’s happening now.

OLIVIER ZAHM — Do you think the level of decadence in society, and in government in particular, has changed since Pasolini’s last film?
FRANCESCO VEZZOLI  — I don’t think much has changed since the Roman Empire, except perhaps the waistline. And maybe not even that.