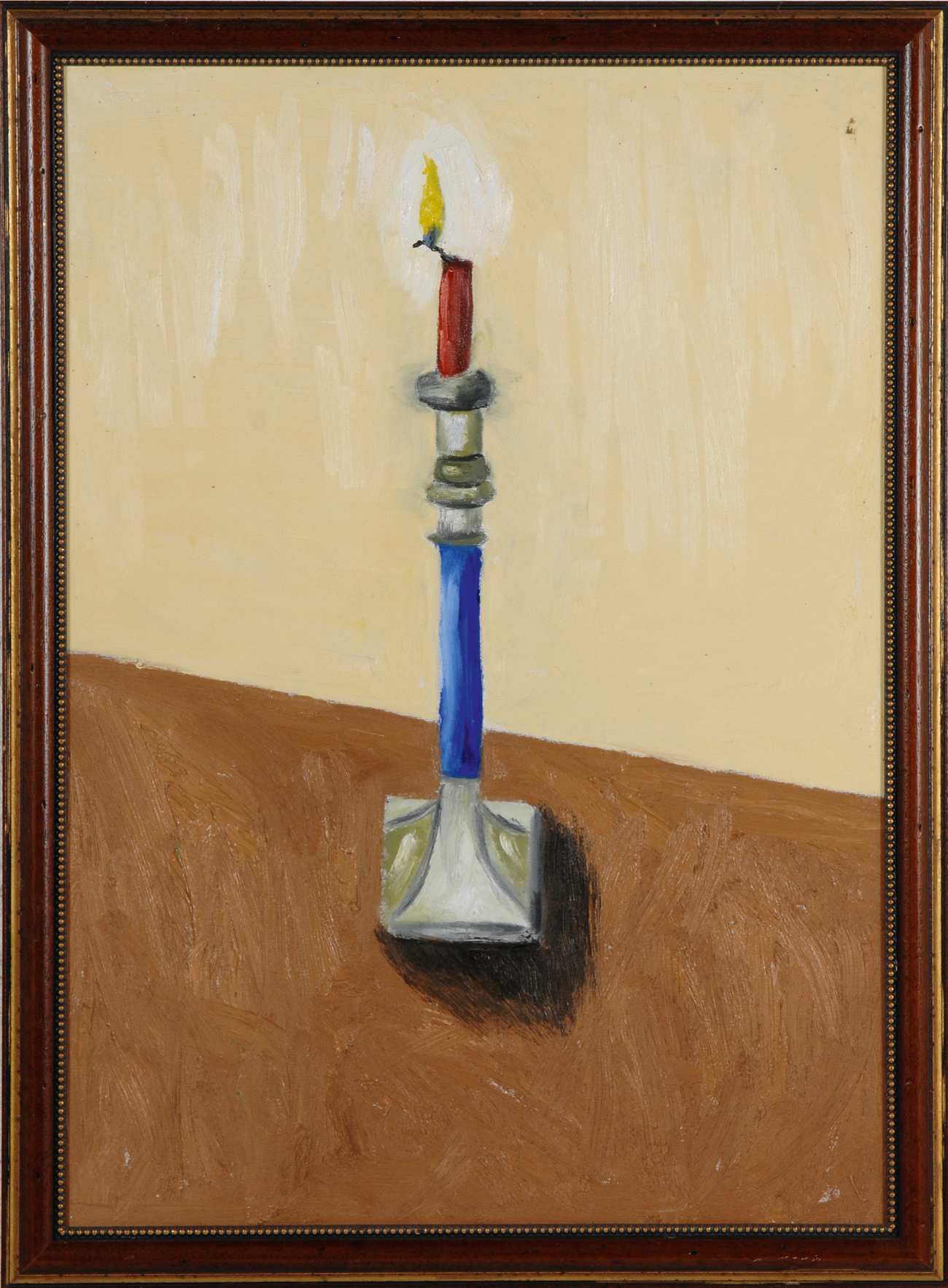 Untitled, 2009, oil on canvas, courtesy of the artist

Vahakn arslanian and I spent a good part of our childhoods together. When we were children Vahakn would have violent outbursts almost every day. He would often hurt one or both of us, or break something, and he would always end up in a state of overwhelming frustration. He wasn’t able to communicate normally. At the age of four he was diagnosed with autistic spectrum disorder. He’s 50 % deaf in one ear and 80 % deaf in the other. His violence was a result of a deep desire to express what he needed. Searching for a way to communicate meant looking beyond his voice. At the age of five he learned sign language and discovered the nourishing quality of art. Over the next 20 years, through his exploration of art, Vahakn overcame the challenges he faced early in life, and turned them to his advantage. His obsessions evolved into an eccentric attention to detail, and his deafness became a refuge — a way to avoid distraction and focus intently on an image, on paint, on the image at hand. Now Vahakn has grown into a beautifully productive artist, one who now has ten solo shows behind him.

JADE BERREAU — How did you learn how to paint?

VAHAKN ARSLANIAN — When I was seven years old the artist Sermin Kardestuncer began teaching me. She taught me for 13 years.

JADE BERREAU— Do you remember the first time you made something you considered to be art?-
VAHAKN ARSLANIAN — I think the first time I made art I was five years old. My mother bought me a big canvas and laid it out on the grass. I poured paint and gravel from the driveway on it. After that I learned to paint and draw.

JADE BERREAU— You’ve been painting birds, airplanes, and candles for about ten years now.
VAHAKN ARSLANIAN — I like to paint birds and candles because I like the colors. When I was a kid I had many birds. I liked to watch them and could hear their sounds. I saved two doves from a chicken store near the Williamsburg Bridge. They were going to be sold for food. Now the store is closed.

JADE BERREAU — What about airplanes?
VAHAKN ARSLANIAN — I like airplanes because I like to listen to the engines. One day I want to put paint inside an airplane engine, so that when it’s turned on it will shoot the paint out onto a canvas. I want to use a 747 and an Airbus 340.

JADE BERREAU — What about candles?
VAHAKN ARSLANIAN — I like the light they give. They make beautiful colors. I like the old way of making things. Like glass windows. I like blown glass. I like the new glass too, but only to break it and then put it back together in my art.

JADE BERREAU — You had a show in New York last year titled Jesus Loves Captain Sully Sullenberger. Where does that title come from?
VAHAKN ARSLANIAN — Sully Sullenberger was the airline pilot who saved people’s lives on the Hudson River.

JADE BERREAU — Do you believe in Jesus?
VAHAKN ARSLANIAN — Yes, I do.

JADE BERREAU — What are you working on now?
VAHAKN ARSLANIAN— I’m buying airplane cockpit windows from aircraft part suppliers. I break a hole through them. Inside the hole I put a drawing or painting of an airplane.

JADE BERREAU — Do you have a favorite artist?
VAHAKN ARSLANIAN — Salvador Dali. He’s funny and has a good imagination.