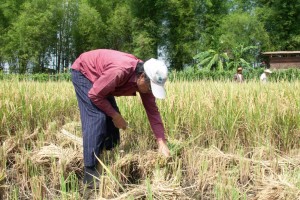 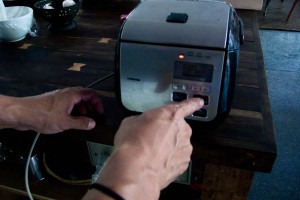 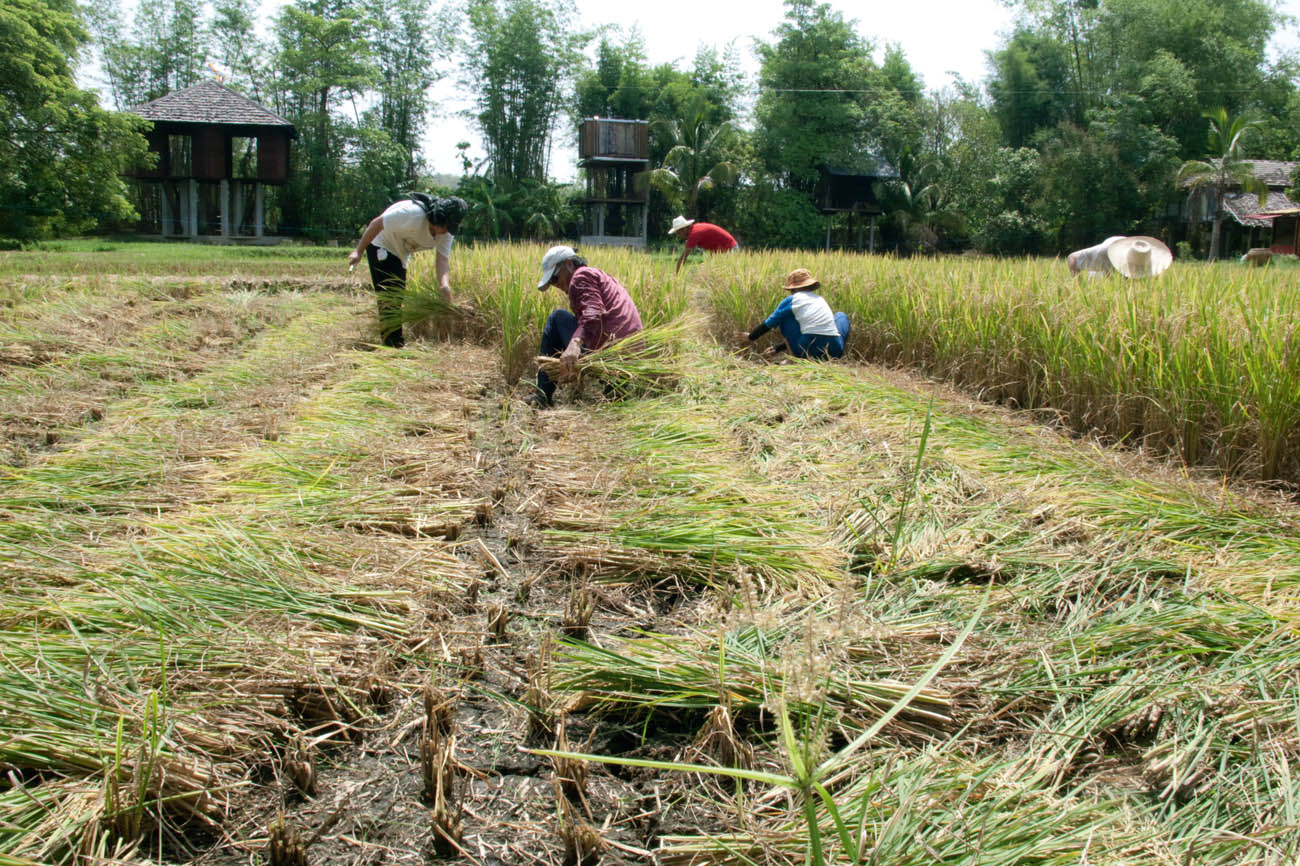 Rirkrit Tiravanija’s vision of The Land follows the Buddhist principle of not needing to create anything, produce anything, or even realize your full potential. The open community he co-founded with Kamin Lertchaiprasert in 1998, 30 kilometers southwest of Chiang Mai, is essentially an art project without definition. Rirkrit doesn’t even want to view it as an art project. he’s interested in CReaTing a siMpLe Life wiTh siMpLe edifiCes on a piece of land that can remain open to experimentation. Kamin, his co-founder, strongly advocates sustainable agriculture and meditation. The project is based on maintaining harmony with nature, where artists are invited to build structures to live in and then to assist in farming the land.

ABOUT THE LAND On a cold new york night not long ago Rirkrit Tiravanija and Clarissa Dalrymple cooked up a hot meal for some friends. A conversation about The Land ensued between Rirkrit Tiravanija, Pierre Huyghe, Nate Lowman, Michael Stipe, Rob Pruitt, Hanna Liden, and myself. The address of this experimental community is TheLand@thelandfoundation.org.

PARINAZ MOGADASSI — Rirkrit, now might be a good time to talk about The Land. What is it? What’s it all about?
RIRKRIT TIRAVANIJA — The Land is a piece of land, a swamp where things grow, sometimes slowly. Surrounding this swamp are houses constructed by artists. Some artists build their houses quickly and some do slowly. Take Pierre Huyghe — he has yet to complete his house. But, to be fair, his house is a big house, a meditation house. So we let Pierre take the time to, you know, meditate on his place of meditation.

PARINAZ MOGADASSI — Pierre, what happens on The Land?
PIERRE HUYGHE — I’ve been building a meditation house for six years. I found a stone — the stone, a great stone. The idea was to enlarge the stone to the size of a building, so that you enter an architectural stone the size of a building, and inside you see the original stone. It’s outwardly inward, a starting point for reflection. But I’m still working on building the house, on this promised land.
RIRKRIT TIRAVANIJA — It’s a swamp! It’s an open space! It’s a tabletop!
PIERRE HUYGHE — Well, it’s about cultivating this place. It’s about growing things — rice grows, a community grows. It’s about exploring the concept of sustainability. There’s nothing conceptual about it — it exists!
RIRKRIT TIRAVANIJA — It’s where the buffalo roam! And the old man sits!

PARINAZ MOGADASSI — Rob, surely you have a question for Rirkrit.
ROB PRUITT — Well, fellow traveler, do you have any tips on how to pack for a month-long trip?
RIRKRIT TIRAVANIJA — Sure. Take a lot of money and buy what you need when you’re there. Don’t pack. Don’t bring anything. That’s how Goodfellas travel. We don’t take anything and we don’t leave anything behind.
HANNA LIDEN — What’s your favorite restaurant, in every city?
RIRKRIT TIRAVANIJA — How about B cities? B for Bangkok — my favorite food there is by a woman who cooks on the side of the street behind the Hyatt Millennium hotel. B for Berlin — I like the Thai guy who has a place behind the original café Einstein, which is good, too.

PARINAZ MOGADASSI — Rirkrit, an age-old question: how does food relate to your art?
RIRKRIT TIRAVANIJA — It doesn’t. I just like to eat.
PIERRE HUYGHE — I think this is Purple Prose.

PARINAZ MOGADASSI — I think this is Purple Poetry.
PIERRE HUYGHE — Ask him what he’s been reading.

PARINAZ MOGADASSI — What have you been reading?
RIRKRIT TIRAVANIJA — I don’t read. I never read. That’s not true: I read golf magazines. I read about how to perfect your swing.

PARINAZ MOGADASSI — If you could emulate any player’s game, whose would it be?
RIRKRIT TIRAVANIJA — A cross between Phil Mickelson’s and Fred Couples’.

PARINAZ MOGADASSI — Phil the Thrill and Fred Boom-Boom Couples. Rirkrit, let’s climb the ivory tower for a second. You’re a professor at Columbia and you’re very committed to your job. How do you negotiate your teaching duties?
RIRKRIT TIRAVANIJA — I’m not really a teacher.
HANNA LIDEN — This is clearly Purple Poetry.

PARINAZ MOGADASSI — Do you think a fine arts education on a graduate level is relevant?
RIRKRIT TIRAVANIJA — No! We should all be longshoremen or dockworkers or carry bales of hay.

PARINAZ MOGADASSI — Do you foresee a return to vocational education and vocation training?  RIRKRIT TIRAVANIJA — Vocational Aesthetics is what I’m interested in.
PIERRE HUYGHE — Vocational Aesthetics. You heard it here first.
NATE LOWMAN — Sounds like a Jasper Johns pants suit.
MICHAEL STIPE — Hey, I have a question. What is the heat in this fish?
RIRKRIT TIRAVANIJA — Ah yes, the heat in the haddock is a Nigerian cayenne complemented with a hint of tarragon. Good for Goodfellas.

WHITE RICE FROM THE LAND / Rinse 3 cups of rice in the rice cooker pot, under the tap run water to rinse the rice, until the milky water runs clear / Set the pot on a level surface, and add water to the pot until the rice is covered / Using the index finger, stick the tip of the finger over the rice and pour enough water to match the first line of the joint of the index finger. Place the finger in different spots over the rice to make sure the rice level and the water level is equal across the entire surface / Add a bit more water (over the first line of the index finger) to have the rice more moist and soft / Push the cook button on the rice cooker, should take about 30 to 45 minutes, the cooker will turn off automatically once the rice is cooked / Open the cooker and fluff the rice before serving.