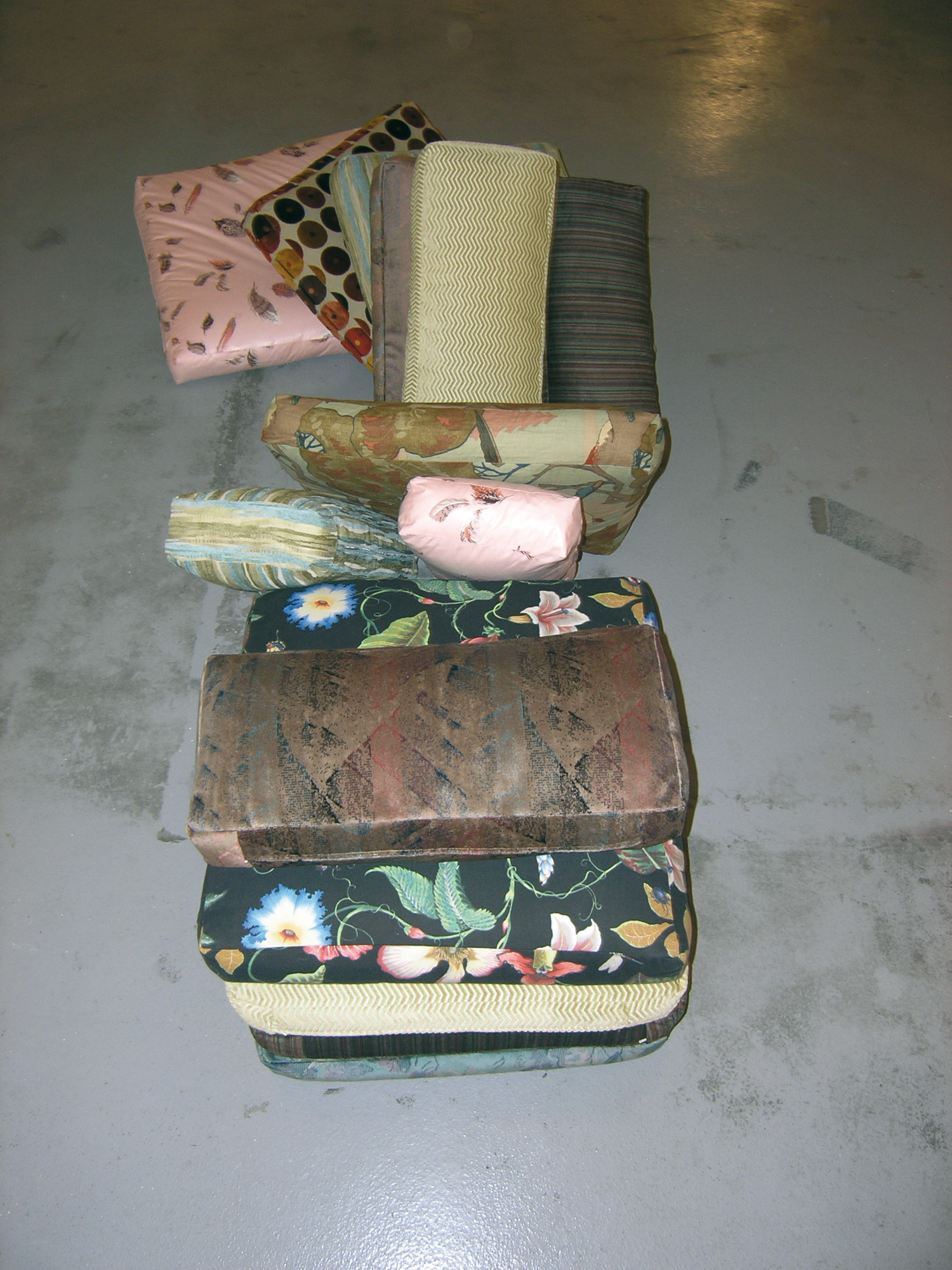 In marcelo’s loft in China-town,  New York City, there is a sofa, a light blue carpet, a white wooden floor, and paint pealing off the wall. There is also a column and great old iron walls with an early twentieth century design. If you’re familiar with Marcelo’s work, I guess you’ve seen some of these elements. Mostly they appear in the background, a silent presence almost as important as the naked bodies he shoots. Next to Marcelo’s sofa is a pile of seventies style cushions covered with an orange-brown zigzag fabric. On different occasions the cushions have had different uses. For parties and screenings they serve as floor cushions for people to sit on. When I’ve been drunk and stayed over, I’ve slept on them. I haven’t had sex on them yet, but I suspect that if they could speak they’d tell great stories. The cushions are sometimes just piled up like a tower. They often cradle a cat.

During the past year Marcelo has been conducting a series of social experiments with the cushions, which he calls pillows. “A pillow is a cushion without a sofa,” he says. He invited friends to use the “pillows” in more appropriate ways. The results constitute a veritable cushion user’s manual. Brian shaped the pillows into the form of a crucified Christ. Renata gave birth to a pillow. JJ took a pillow for a walk, or then used a pile of them to reach the perfect height for a blow job. Even a modernist house for the cats was fashioned.  Liberating the cushions from the confines of a sofa gives them a new freedom, encouraging new social and sexual arrangements,  if not only scuptural forms. The cushion/pillows also have a family history. Marcelo’s mother was an interior designer in São Paulo, and his grandparents were furniture designers. Marcelo is  continuing the tradition, creating these pillow-sculptures. Vintage fabric covers are available, as well as custom ones made by his friend Favio in São Paulo. They can be used by their owners as social sculptures, as ever changing sofas, or playthings. And, they do indeed come with user manuals, in case imagination is lacking.

It all reminds me of a game I used to play with my best friend when we were about ten. At his house he had a play room with turquoise cushions we would sit on. We would dress up in the costumes he had in his closet: a blue bird, a black and yellow bee, or a bear. We would make a tower of cushions, then jump on it, sending it crashing to the floor. It was so much fun! Other times we would create islands with the cushions on the red carpet, pretending it was a sea of blood while we jumped naked from cushion to cushion.