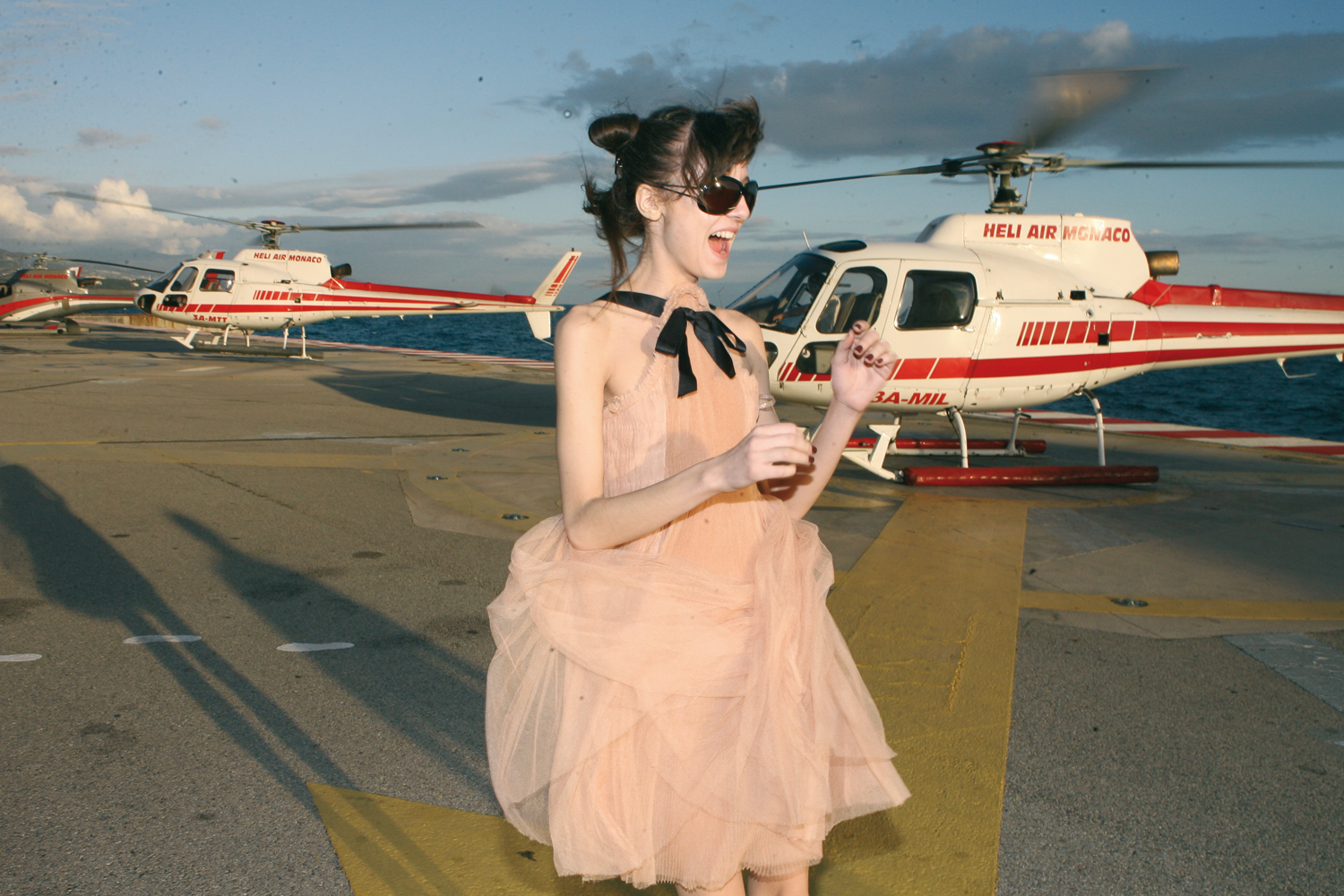 Karl lagerfeld is an innovator who loves—and respects—the past. He created a new, semi-couture collection (between high fashion and ready-to-wear), called Paris-Monte Carlo, for the benefit of fashion’s traditional artisans, such as the embroiderer Lesage, feather-stitcher Lemarié, and milliner Michel, to name a few. He dressed 65 models to present this line at the Monte-Carlo Opera House, where the principality’s ballet company, under the direction of Jean-Christophe Maillot, performed for the 2006 Nijinsky Awards, that same night. (Trisha Brown was one of the winners.)

Lagerfeld’s models included the stylish, skinny, nervous, Irina Lazareanu, who incarnated the collection with dark hair and pale skin, looking on the streets of Monaco like a young Coco Chanel. We took this picture of her, before she took the helicopter back to the airport, in one of the most beautiful dress of the collection.