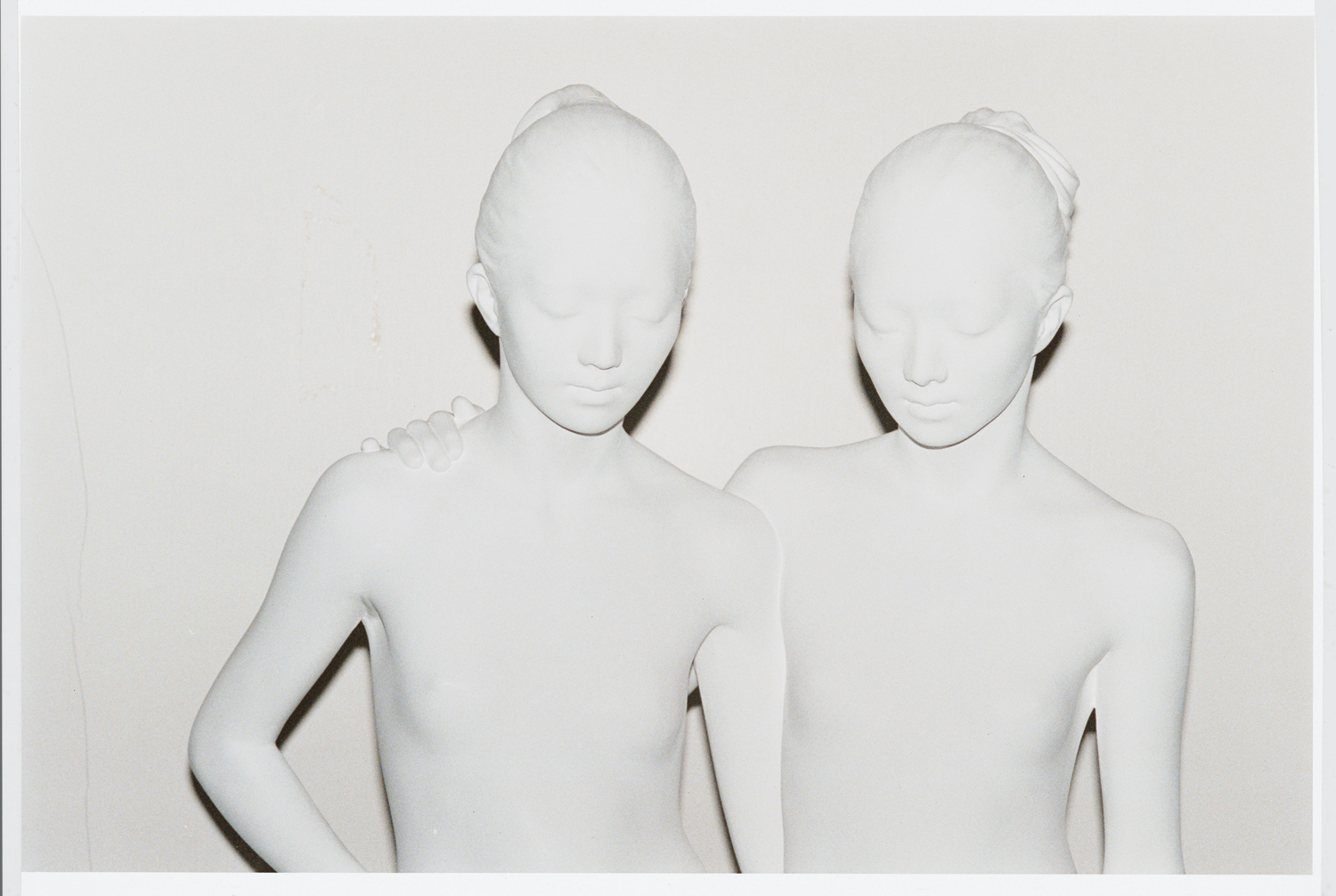 In his letters on the Aesthetic Education of Man Friedrich, Schiller introduces the statue of Juno Ludovici as an example of a fully completed artistic creation. “It is neither charm nor is it dignity which speaks from the glorious face of the Juno Ludovici; it is neither of these, for it is both at once. While the female god challenges our veneration, the godlike woman at the same times kindles our love.” In its presence, he says, we are “irresistibly carried away and attracted by her womanly charm,” and at the same time “kept off at distance by her godly dignity.” The sculpture’s form, dwelling in space, makes it look as if it were floating outside of it, its shapes offering no resistance.

Don Brown’s Yoko is a contemporary Juno. For several years, Brown has been making sculptures of his wife Yoko, sometimes in bronze but mostly in acrylic composite, painted with white acrylic paint. Exact half or three quarter size casts of Yoko’s real size, showing her sitting on a chair, sleeping, her head leaning on her shoulder (Yoko XI (Sleeping), 2004); standing pensively with eyes closed (Yoko IX (Endless), 2004); on her feet, with her weight on her left leg, wearing only panties and a pair of high heel shoes (Yoko II (Knickers), 2000), or completely covered by a white sheet, like a ghost (Yoko V (Shroud), 2000). The sculptures proffer possibilities, each the result of combinations of small variables. Eyes open or closed. Hair long or short, loose or tied up. Dress on or off. Standing or sitting. The common element is Yoko’s stillness. There’s no movement or tension, just deep quiet and calmness.

Like the Juno Schiller wrote of, the stillness of this sculptures draw you in, and demand contemplation.

The outside world is suspended. Nothing else matters—just Yoko. In the same way that the only thing that really seems to matter to Brown is Yoko. But, like Juno, Yoko remains impenetrable. The smooth, white surface that sets the sculptures apart from what surrounds them perversely allows them to meld with gallery walls. Yoko the sculpture doesn’t tell you how much of Yoko the woman is there, and in its self-sufficiency doesn’t need to. In Yoko XII (Twin), 2004, two Yokos lightly lean against each other, side by side, as if to double their independence, and are, as Schiller writes, “in the state of the greatest repose, and the result is a wonderful impression.”