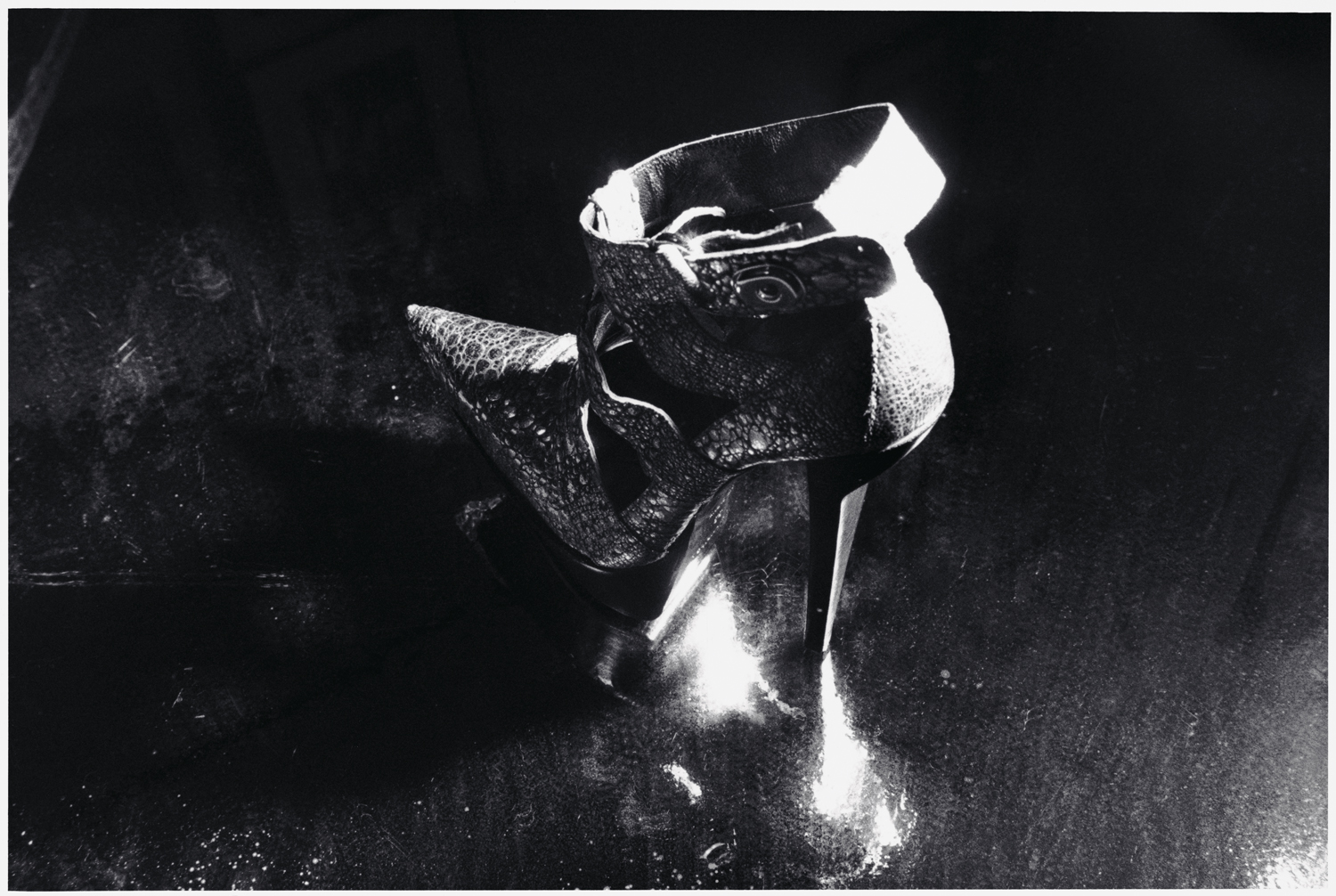 These shoes are criminal. They’re so high that the models couldn’t wear them at the Balenciaga show without falling down on the slippery floor. At the last minute they had to change shoes. But they are definitely the most startling, collectible fantasy shoes of the season. They’re like an hybrid combination of cowboy boots, fuck-me pumps, seventies plateforms and radical stilettos made of luxurious Indonesian snake skin, anaconda and fancy leather. Before these shoes, high heels were rather submissive. They were made for men, to please the objects of their desire. Now things are drastically changing. These high fashion shoes play the reverse role: men are targets, sexual animals to frighten and to seduce in the same time.

Of course, things are more complex: high heels has always been a torture for women as much as they can be used to torture men (or hurt them accidently in bed), but designers never really design them as a weapon. And I’m sure they’re the ultimate self defense object a women will use in case she’s attacted. We’re in the right social evolution: designers have to design fashion to protect women and make them irresistible at the same time. And Virginie Despentes is absolutely right, in King Kong Theory, when she wonders why we are able to design cellular phones but no one invented a little capsule to put in the pussy in order to destroy the dicks who try to get in without being formally invited. Finally shoe design, at Balenciaga, meets post-feminist theory. I’m positive about that!