Why is Paris no longer the capital — not intellectually, not artistically, not politically, nothing? Paris has been unlivable to me, I’d say, since the beginning. Since the beginning of my life as an adult and a writer. I tried to resist, to hold out against obvious facts, to believe that there was something worth saving in this city. Like many before me (for example, Elein Fleiss, the cofounder of Purple, who went to live in the countryside), I realized that it was wasted effort. There is nothing left to extract from Paris. “I shall thus limit myself to a few words to announce that, whatever others may say about it, Paris no longer exists,” said Guy Debord, the unacknowledged but obvious heir to the spirit of Walter Benjamin and Charles Baudelaire. Guy Debord also used to say that the death of Paris dates to the 1970s; the estimate seems accurate. I don’t know how I managed to live there for so long. I always felt like a ghost among other ghosts.

Paris remained the “City of Lights,” the “Spiritual Capital of the World” — if one grants it this vocation — more or less until the 1960s. No city, not even New York, could compete with the constant Parisian efflorescence of artistic, literary, and political creations, movements of all kinds. Benjamin’s book (Paris, Capital of the Nineteenth Century) retraces the conditions of this vanished fertility, along with its negative aspects, which also favored his creativity: this was the case of Benjamin’s Paris, which is, of course, the Paris of Modernity, of the “crowd” and the Baudelairean flâneur of the 1920s and ’30s. This is precisely the case of Berlin today, where you sometimes feel that you are in an open-air asylum, full of lunatics, freaks, punks in the last stages of decline, rabid anarchists, artists indifferent to trends, incisive philosophers no one knows about, intellectuals each funkier than the last. Paris, in Benjamin’s time, was a violent city in many respects, but it was a city where you could get lost. A city where you could create. This is no longer the case today. I lost myself in Paris because I couldn’t lose my way. On all sides, you feel cramped for room; the “crowd” in the Baudelairean sense — that world in which you can feel at once alone and many-selved — has vanished. Everything is claustrophobic there, narrow, neurotic. It always feels as if you can’t breathe, everywhere. The artistic, literary, and philosophical circles sprawl forth, but everyone knows everyone, so if you want to lose your way, you have to cut yourself off from everyone. This wasn’t the case even as late as the 1960s, when you could do your own little thing in small groups, start your own “revolution.” As I see it, 1968 is the zenith of the beginning of the end of Paris. Today, everything is under surveillance; there is no liberty — or if there is, it is to be had only through the most extreme ruptures. Creative people who survive in Paris live as if in an isolation chamber. Paris is a city that is overpopulated, but tiny, narrow. And, as Jean Baudrillard nicely put it (just on the subject of its intellectuals), its inhabitants compose “a milieu of venomous snakes intertwined in communicating vessels.” Everyone goes to the same parties, the same exhibits, the same concerts, the same seminars, the same lectures, etc. Who wants to live in Paris today? Paris is France. But Berlin is not Germany, as you hear from the many people arriving from elsewhere to settle in Berlin, as I wish to do. Only the depth of history will tell exactly what Berlin is now bringing into the world, but it’s clear that this is where it will have taken place. All kinds of independent artists, straight-shooting intellectuals, unorthodox writers, etc, are rushing here, just as, in the interwar period of the 20th century, every writer and artist of any importance rushed to Paris.

In Berlin, numerous worlds coexist without interfering with each other; there’s no rallying cry. In Berlin, you can do your own thing in your own corner, and solitude doesn’t turn to desolation. People talk to each other, as in the Paris of years past: I can sit down at any bar or Turkish shop terrace and be more or less certain that within half an hour, I’ll have started up a conversation with someone, irrespective of their “gender” (no “pickup” paranoia). This is what Paris was like before 1968. That’s why there were the Impressionists, Dada, the Surrealists, and the Situationists. Today, nothing happens anymore, except by artifice. Tricky, who lived in Paris for a long while and now speaks of it as a “city of shitheads,” today lives in Kreuzberg, Berlin’s huge anarcho-punk district. He explains that sometimes he simply sits at a café terrace, just to watch the people file past: it’s an activity in its own right. I can confirm this. I spent an entire month doing just that; it’s a drug. Each newcomer surprises you. At the sight of each, you say to yourself, “It’s not possible, no one could be more peculiar than the person who just filed past my eyes a minute ago.” And then another person arrives, and you’re surprised again. In Paris, everyone is innocuous. In Berlin, I feel like myself. I feel incarnate. Berlin is the only city in the world where you have such an expansive right to be yourself. There is something fairly horrifying, after all, about the conformism of the Parisian “milieu.” Everyone takes the same cue, goes to see the same thing, reads or claims to have read the same thing. Berlin is much freer, fiercer, “rhizomatic” — what Paris must have been, before.

And what about parties, and sex, in Paris? Before, you used to be able to party lavishly there, on the cheap. Sexuality was everywhere. This was the city of the most extravagant brothels and call houses, outlawed after the liberation of Paris. Paris no longer has much to offer in the way of interesting sexuality. In Berlin, you can discover (at Berghain, KitKatClub, Club Culture Houze, Insomnia) sexualities that were not previously your own. You can “wallow in vice,” as Antonin Artaud would say, with people from all walks of life. A good spirit, as they say: the spirit that would have been Paris’s today, if Paris had managed to keep on being the city of Baudelaire and Benjamin. Berlin is actually what Paris is now only virtually: a kind of negative Deleuzism. Everything there remains virtual. Paris is a broken promise. It has (almost) everything it would need for it to work, buzz, explode, and yet there is nothing there. City of uptight, paranoid, neurotic, perfidious, and backbiting bourgeois and petit-bourgeois residents.

Guy Debord, again, used to say (I quote from memory): “It was in Paris, a city that was then so beautiful that many people preferred to be poor there, rather than rich anywhere else.” No doubt, Paris has become too rich a city. And I want to compare it to Berlin, which — even if things have begun to change for the worse in the past few years — is a city where you can be poor without feeling poor. This was the case, for so many years, in the Paris of Walter Benjamin or of Guy Debord. Like them, I’ve never paid much attention to matters of money. But, in Paris, it has become impossible to be poor without feeling unworthy.

Berlin is built for its time: everything is four times bigger, four times cheaper, and 10 times livelier and more intense. Paris’s paradoxical “curse” is that it wasn’t destroyed in World War II, like Berlin. They had to rebuild everything there. Paris is a museum-city; Berlin, a gigantic gallery of experimental art (I’m deliberately avoiding the word “contemporary”). Berlin is the avant-garde that Paris would be if Paris had stayed true to itself. A city “more submarine than subterranean,” as Benjamin said of Baudelaire’s Paris. The city of infinite illicit wanderings, of always incongruous, and therefore poetic, situations.

Paris’s architecture fulfills 19th-century criteria, and not our own. It is a city of the past, a ghost city: all good things in Paris are historical traces of the countless artistic and political movements (from the Commune to May ’68) that found life there. This architecture was suited to a man or woman of the 19th or even early 20th century (the effervescence of the 1920s and 1930s). After World War II, despite a few jolts (Situationism, Existentialism, the advent of jazz), things started to get stuffy. There’s no more space in Paris; you can’t breathe. Even France’s smallest provincial towns are stressful, neurotic, uptight, paranoid: mediocre. Paris is just a magnifying glass of French mediocrity. In Berlin, you can also escape from urban life in no time at all, in countless gigantic and lavish parks. Benjamin spoke of “bringing the countryside into the city”: 21st-century Berlin has accomplished what 19th-century Paris merely outlined.

What’s the best thing that could happen to Paris? A disaster that awakes this city of sleepwalkers from its ennui. A disaster that destroys enough so that its inhabitants begin to rebuild, or, in other words, to create. 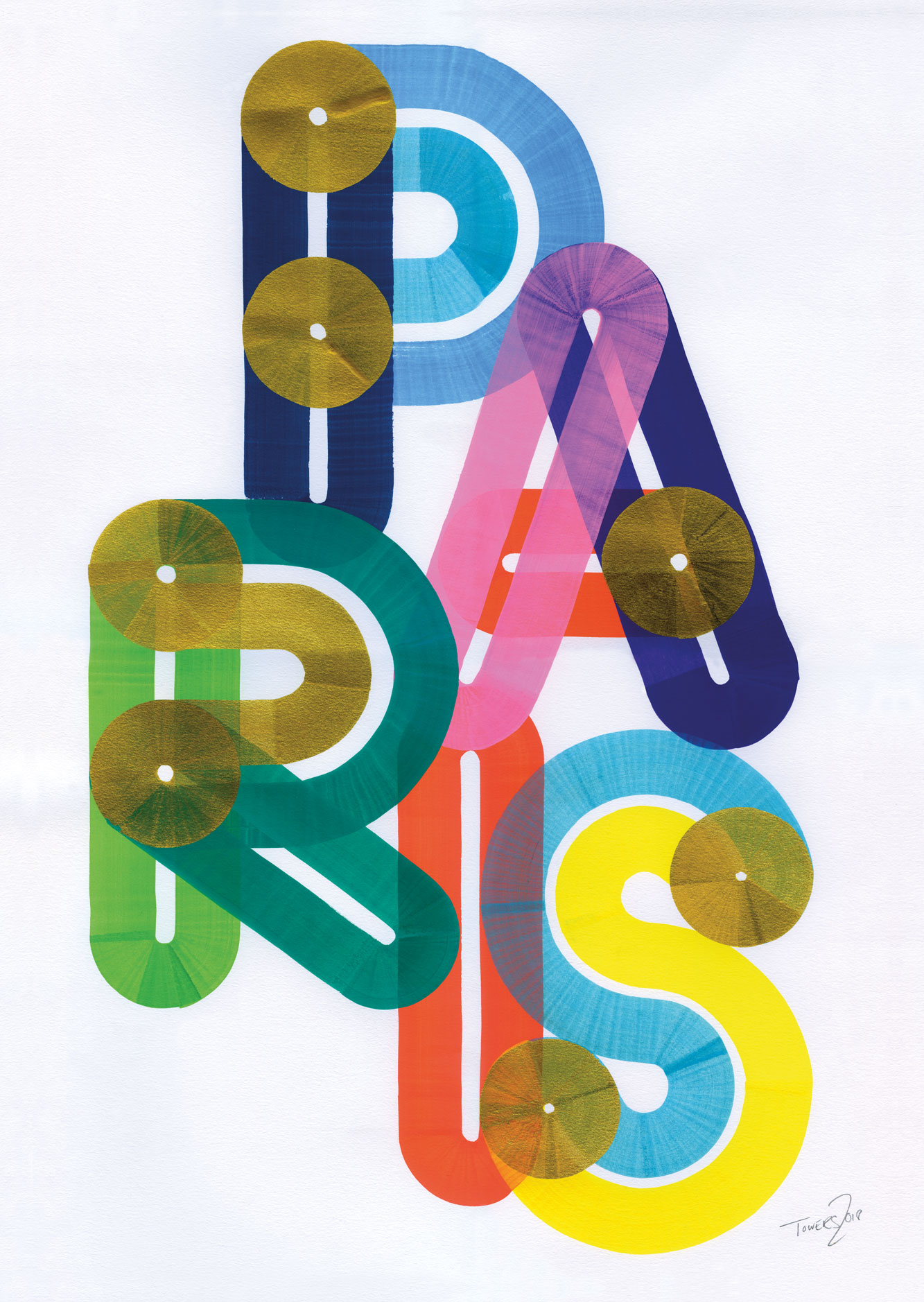