OLIVIER ZAHM — You were 20 years old in May 1968, during the chaos of the protests. Does the current situation in Paris, with the Yellow Vest demonstrations that are setting the city ablaze as we speak, remind you of that time?
BERNARD-HENRI LÉVY — Absolutely not. No parallel. In the protests of May 1968, one found joy, hope, and generosity, absolutely none of which can be detected in the so-called Yellow Vest movement. The students, workers, and strikers of a half-century ago may have been naive. Or utopian. Or blindly pro-Cuban and Maoist. But in them — in us — lay real love for the human race. You don’t have that today. Or much less of it, at any rate. You have an identity-based shutdown, an anti-immigrant tension, a “go home” attitude that is absolutely appalling but undeniably present. And then, on the day after the terrorist attack in Strasbourg, there was the angry reaction of so many of the movement’s representatives, on the barricades, on TV, or wherever they had an audience: “The way I see it … conspiracy this, conspiracy that … it looks like Macron cooked this up to destroy our movement!” That’s an old refrain of the French workers’ movement, of course. It was a theme of the disputes between Guesde and Jaurès. “Don’t distract us with this Dreyfus business,” the Guesdists would say. “You can’t preach about lofty principles, values, and so on when the people are mired in poverty.” Today’s version is this: “Victims of terrorism don’t count as much as victims of capitalist violence, so stop sucking up all the oxygen. Forget about them!” That sort of reaction was unthinkable in May ’68, it seems to me.

OLIVIER ZAHM — Even so, how is it possible for a committed intellectual such as yourself to dissociate yourself from a social movement?
BERNARD-HENRI LÉVY — One can embrace what is legitimate in a movement’s claims while also rejecting the murky ideology that supports and emanates from it. And that’s exactly what I’m doing. All of the demands of the Yellow Vests that pertain to justice, tax policy, and so on are valid, and I support them. But I cannot associate myself with the mixture of far-right and far-left populism with which the movement is increasingly saturated and which seems to me, at the moment, to be its dominant voice. You know, I remember Guy Debord, five or six years after May ’68, during what we called the “union of the left.” It was also the era of the revolutionary tumult in Portugal. Anyway, Debord was not shy about expressing his contempt for what was happening in France or to place his hopes on the uprising in Portugal. It happened that I was in Portugal at the time. I directly experienced that incredible revolution by the “April Captains.” And Debord was absolutely right. Making due allowances for changed circumstances, his reasoning remains valid today. Here’s how the world works. The people can be great, or the people can fall short of greatness. Or — citing Sartre’s Critique of Dialectical Reason — it happens that a people who were great cease to be great; they may either recover their greatness or descend, briefly or at length, into a period of populist terror or serial morbidity. That’s where we stand.

OLIVIER ZAHM — Does Paris have a spirit of protest and revolution all its own? If so, why?
BERNARD-HENRI LÉVY — Yes, definitely. Guy Debord, whom I just mentioned, said that the city had a dual tradition: destruction and reparation. Insurrection and insurrection against the insurrection. Think 1789. The revolutions of 1830 and 1848. The Paris Commune. You know the history by heart. In each case, there is a real connection between the city, Paris, and the uprising. And I know of no other European city where that is true to the same degree. Is it because of its layout? The mosaic of its arrondissements? The muted struggle in the nineteenth century between the great anti-demonstration planning machine of Baron Haussmann and the “resistance” of old Paris as recounted by Victor Hugo and Eugène Sue? Is it because of the fact that in few other European cities did the “laboring classes” mingle to the same extent with the “dangerous classes”? I don’t know. But it’s a fact. I recently came upon a wonderful passage from Victor Hugo. It’s a sort of preface to the Universal Exposition of 1867. In it, Hugo says: “Rome has more majesty, Trier greater age, Venice more beauty, Naples more grace, London more wealth. What, then, does Paris have? Revolution.” And, further down: “Palermo has Aetna; Constantinople is closer to the sun; Athens built the Parthenon; but Paris demolished the Bastille.” So, there you have it; that’s it. But with — I repeat — an alternation between moments of greatness and moments when the people revert to a mob. Occasions when the insurgent people invent, reinvent, and perfect what is most beautiful in the republican idea, and others when its voice either falls silent or is captured and co-opted by the vilest elements of the era.

OLIVIER ZAHM — How do you tell the difference?
BERNARD-HENRI LÉVY — It’s not too complicated. In May ’68, for example, no one would have desecrated the Arc de Triomphe. Or systematically pillaged shops. Or terrorized ordinary people with steel rods. And, also — how should I put this? Political distinctions were maintained. I’ve read here and there that the Yellow Vests occupying the traffic circles are rediscovering fraternity and the virtues of democratic debate. And that one indication of these rediscoveries is that people on the left and right, on the far left and the far right, adherents of Jean-Luc Mélenchon as well as Marine Le Pen, are talking to each other openly and frankly, without condemning each other and without worrying too much about whom they’re dealing with. Now, in my view, that’s a real weakness of the current movement. Because this encounter, this cozy, carefree synthesis, this melding, is what, basically? It’s the old Red-Brown fusion, which I’m afraid is recurring.

OLIVIER ZAHM — Can you give us another example?
BERNARD-HENRI LÉVY — Balzac’s funeral at Père Lachaise. It was shortly after the 1848 revolution. Common people turned out in great numbers. With a funeral party of typesetters who viewed the author of The Human Comedy as their brother in heart and spirit. Now, everyone knows (his pallbearers knew it!) that Balzac was an out-and-out reactionary, monarchist, and anti-progressive, someone who never could understand, for example, how Victor Hugo might have valued the cause of the people more than the honor of being a peer of France. My point? My point is that, as Hugo himself said in his funeral oration, those workers were in mourning for literature, for thought. They applauded progressive Hugo while helping to bury reactionary Balzac. What can I say? In that case, yes, the people of France seem to me to have been thinking in lofty terms.

OLIVIER ZAHM — Tell me about the Paris that you loved.
BERNARD-HENRI LÉVY — To echo Debord again, it was the Paris of “hurried transitions between varied experiences.” It was a theater of excess where, in the course of a night, one changed not only location, but also metaphysical space. At the same time, all of that took place within a bizarrely small and almost minuscule area. Let me remind you that this was only a few years after the emergence of the Situationist International. We were still basking in its benevolent and extremely intelligent aura. And, as Debord said, for the young people of that time, everything happened “south of the Rue de Seine and north of the Rue de Vaugirard, east of the Carrefour de la Croix Rouge and west of the Rue Dauphine.” Or, in Panégyrique, “between the Rue du Four and the Rue de Buci, where our youth so completely disappeared” and where one nevertheless had the feeling that one might never again experience “anything quite so good.” I discovered couscous on the Rue Xavier-Privas, where we bought hash and could eat for five francs. When we were flush, we would go to Le Requin Chagrin on the Rue de la Montagne-Sainte-Geneviève. Or the Sainte-Geneviève library, where you had hours to dream about the book you had requested while waiting for it to come down from the stacks. The Internet it was not. And the insane café scene! Not the Flore or the Deux Magots (those were from the world that immediately preceded ours, Sartre’s world, and had gone completely out of style). There was the Old Navy, above which my friend Paul Guilbert lived and which was another Situationist spot. Chez Moineau, on the Rue du Four, where the remnants of literary bohemia gathered. Or the Balzar, where — possibly in imitation of Debord, who did the same thing at Chez Moineau, or Trotsky, who did it at Chez Baty, in Montparnasse — I suddenly stopped going, skipping out on a huge tab that for years afterward obliged me to take long detours to avoid the Rue des Écoles, the adjacent streets, and, eventually, the entire quarter. Which is how I discovered Montparnasse and the three proud sentinels that watched over this relatively new area, which had been that of the Surrealists and eventually became one of mine: the Select, the Dôme, and the Rotonde. Plus, of course, the Closerie des Lilas a little farther down, where I maintain that in the midst of events such as the Barrès trial, the anti–Anatole France crusade, and the Rachilde banquet of 1925, a large part of French literary modernity was invented. When it comes to Paris and the Surrealists, there were three great texts that shaped my youth from that moment on. Aragon’s Le Paysan de Paris [Paris Peasant], Soupault’s Les Dernières Nuits de Paris [Last Nights of Paris], and, of course, Breton’s sublime Nadja. That Paris is dead, of course, sunk into oblivion and its magnetic fields. Gone are the times when, like Apollinaire begging to be given “a room by the week, forever,” a young writer could hold as his ideal of earthly happiness living in a cheap hotel in one of those now-gone neighborhoods. Or an old writer, for that matter! I’m thinking of Genet, who, for love of Paris, would have been one of the last to live in a hotel. But my generation saw the last vestiges of all that.

OLIVIER ZAHM — Your vision of Paris seems to be as literary as it is political.
BERNARD-HENRI LÉVY — Obviously. And I haven’t said anything yet about my third Paris, the Paris of Baudelaire. That one is the Hôtel Pimodan on the Quai d’Anjou; the Quai de Béthune; the Tour d’Argent, which, at the time, was a popular bistro; “Venus and the Fool”; the poet without his halo, when the thrill of the street took hold of him; the simultaneous invention of bohemia and modernity; and that adaptation into the French language of the word and concept of spleen, which made such an impression on Walter Benjamin and could only have occurred in Paris. But all of that is more of the same; it draws from the same tank of electricity; it’s the same kaleidoscope of consciousness and experience. And it’s not by chance that I mentioned the Surrealists. Because they were the last to live, think, and embody the proximity, the consubstantiality, almost the consanguinity of two loves: the love of politics and the love of literature — always with a third quantity in the mix for every one of them: Paris. Paris once again. The same crazy love of Paris, sometimes brooding, sometimes deceived, sometimes hopeless. For me, at any rate, it couldn’t be clearer. Paris is an allegory. Paris is a magnet, an attractor. Paris is the power that has made politics and literature, along with love, the unceasingly fervent twin passions of my existence. 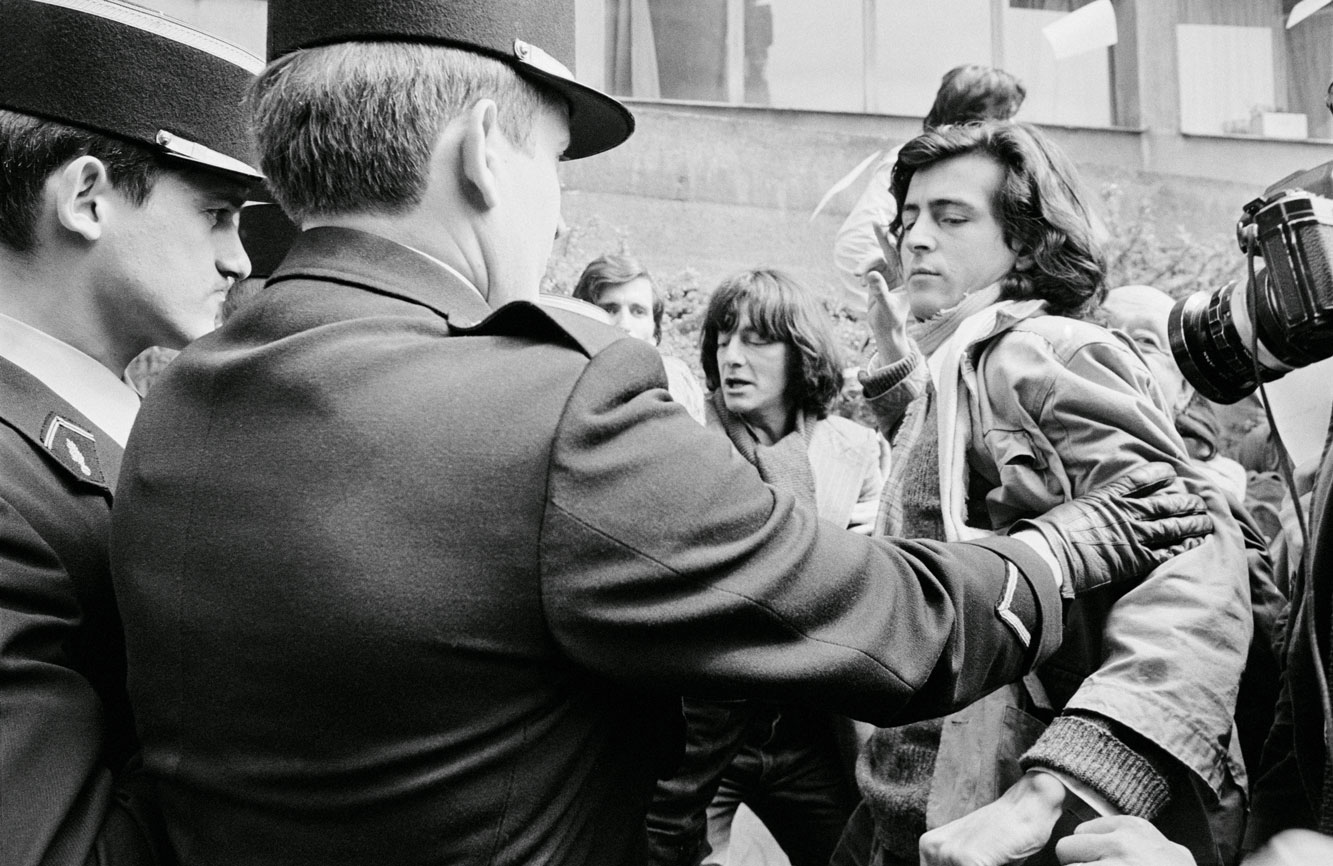 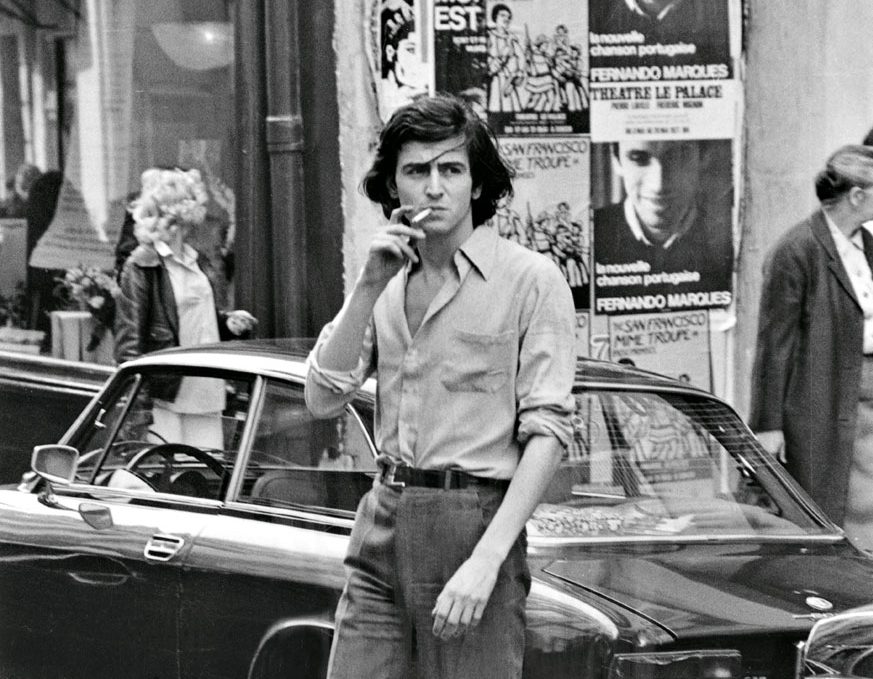