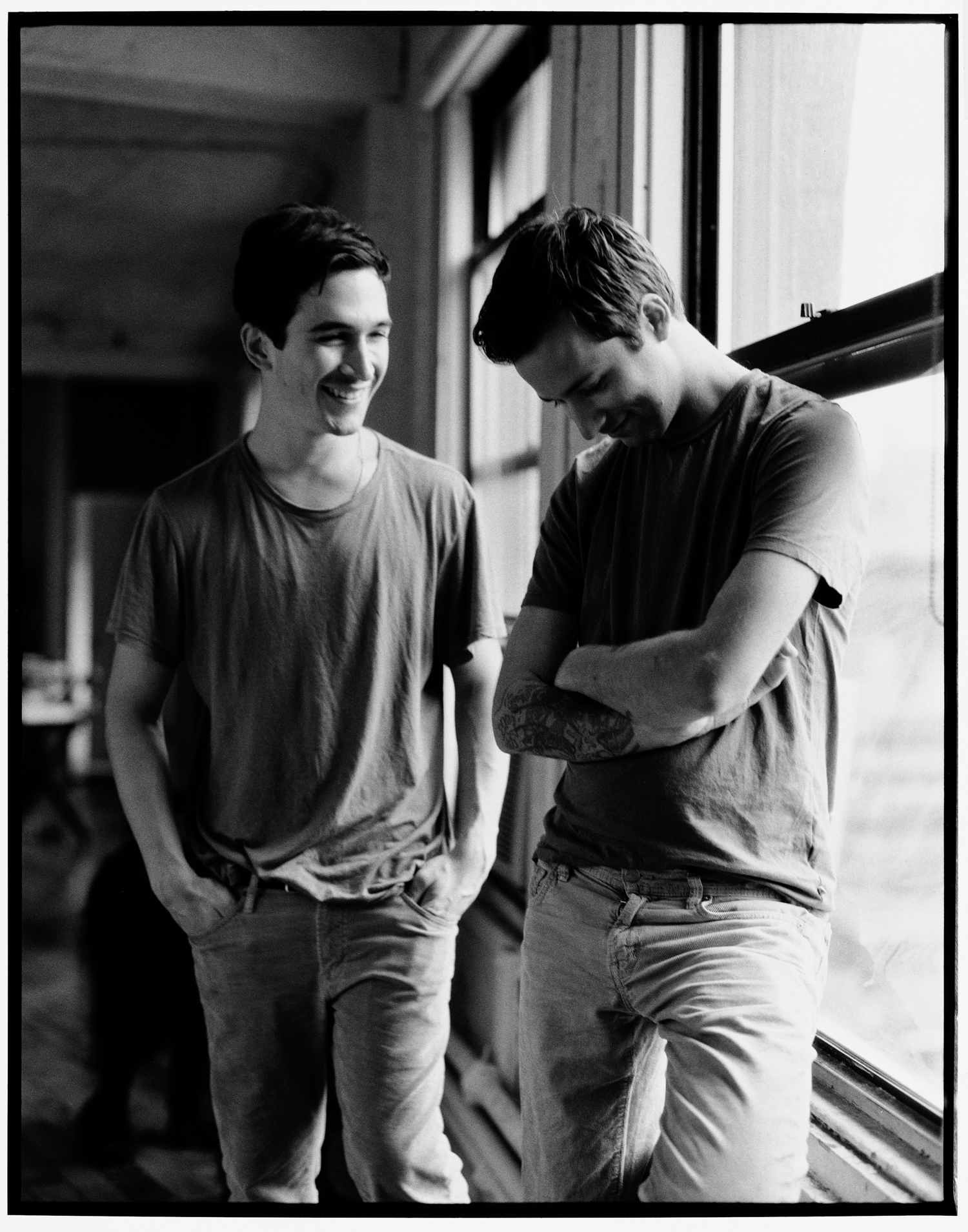 NEW YORK FASHION SENSATIONS for the past three years, LASARO HERNANDES   and JACK MCCOLLOUGH  have built a luxury label, PROENZA SCHOULER (a name taken from their mothers’ maiden names). Young, charming and really cute, they have emerged from the new generation of the American scene, much as Marc Jacobs did in the 90s. All the models are crazy for their clothes, but their huge success overshadows the fact they are still just two talented guys in a Chinatown office, developing their collections and wondering about the future. We wanted to get to know them better.

OLIVIER ZAHM — What does Lazaro bring to Jack?
JACK MCCOLLOUGH — It’s weird: just when I think that I’m the one who always draws the dresses, it will shift and Lazaro will do dresses, and I’ll do coats. Every season we both have new strengths and new weaknesses. It’s constantly shifting. 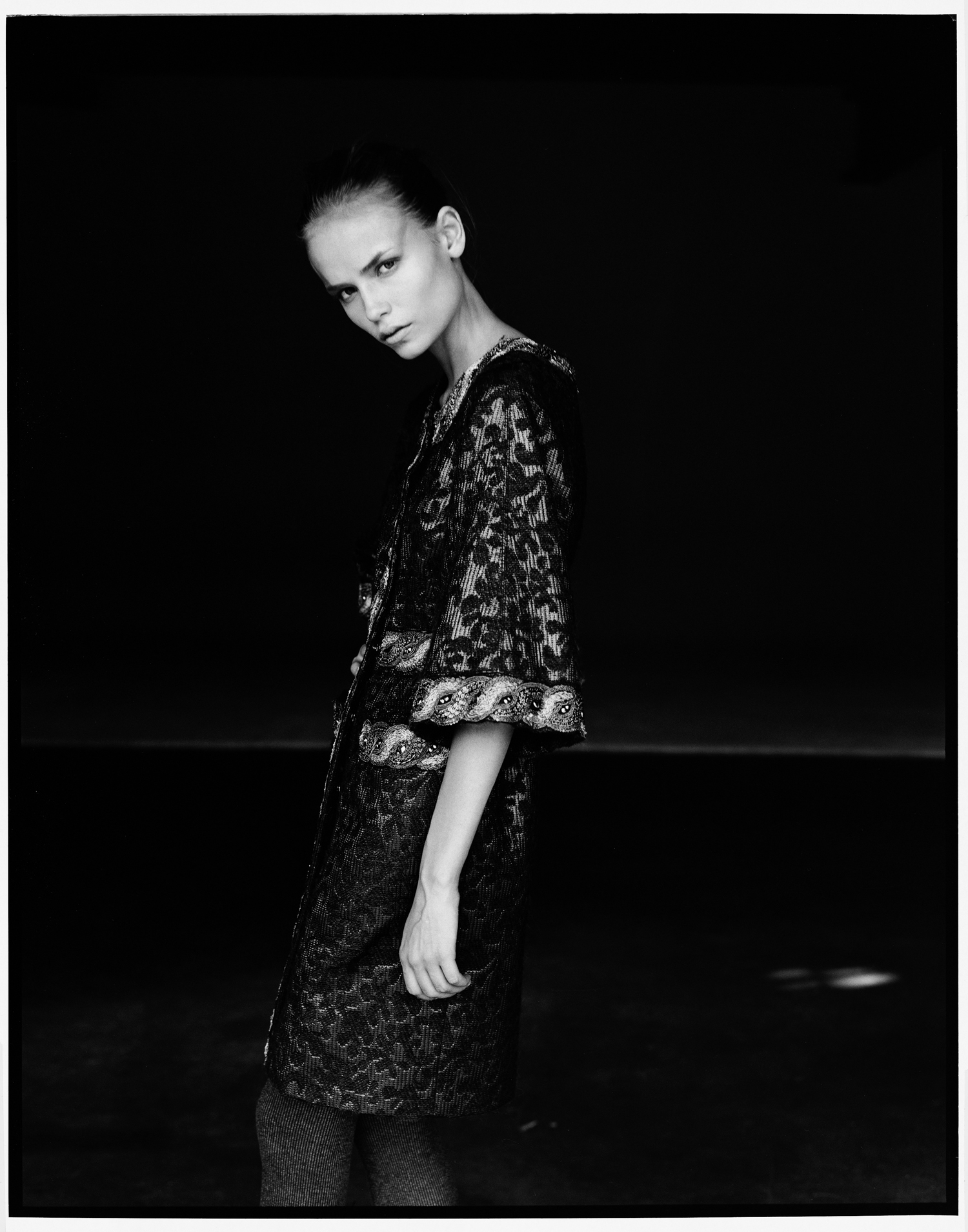 OLIVIER ZAHM — What does Jack bring to Lazaro?
LAZARO HERNANDEZ — It changes. One season I’ll start drawing and end up really focusing on tailoring, other seasons I’ll be into drawing dresses. Lately, as we develop a more focused Proenza Schouler vocabulary, it’s hard to tell which idea originated with Jack and which was mine. We really don’t split up things, but do everything together. There’s a constant dialog, so we end up developing each others idea into a pool of ideas. It’s a partnership.

OLIVIER ZAHM — What was missing from New York fashion that explains the unanimous success of your collections?
JACK MCCOLLOUGH — I think a new generation. The Calvin’s and Donna’s of the fashion world moved from established designers to mega-brands. The Marc’s and Narciso’s moved from new, young designers to established brands. That left a gap in American fashion to be filled. I also think American retailers and editors want to foster new talent.
LAZARO HERNANDEZ — We attribute it to timing and luck. We came up at a time when the major designers where turning into household names like Calvin and Donna. Young designers like Marc and Michael Kors really weren’t so young anymore either, so there was a real opening for new names. There seems to be a group of us new designers in New York.

OLIVIER ZAHM — Which is the most elegant city?
JACK MCCOLLOUGH — Actually, cities drive me crazy. I think elegance is getting out of the city whenever possible.
LAZARO HERNANDEZ — Elegant cities don’t really exist anymore. There are cool girls and horrible girls in every city.

OLIVIER ZAHM — What’s the best occasion for wearing Proenza Schouler?
JACK MCCOLLOUGH — Daytime, almost always. I don’t really see us as evening-wear designers.
LAZARO HERNANDEZ — We love the idea of daytime. Evening seems too predictable. People’s true style, I think, shows up more in the daytime when they aren’t trying so hard. Evening pieces mixed in for day are always the coolest to us. 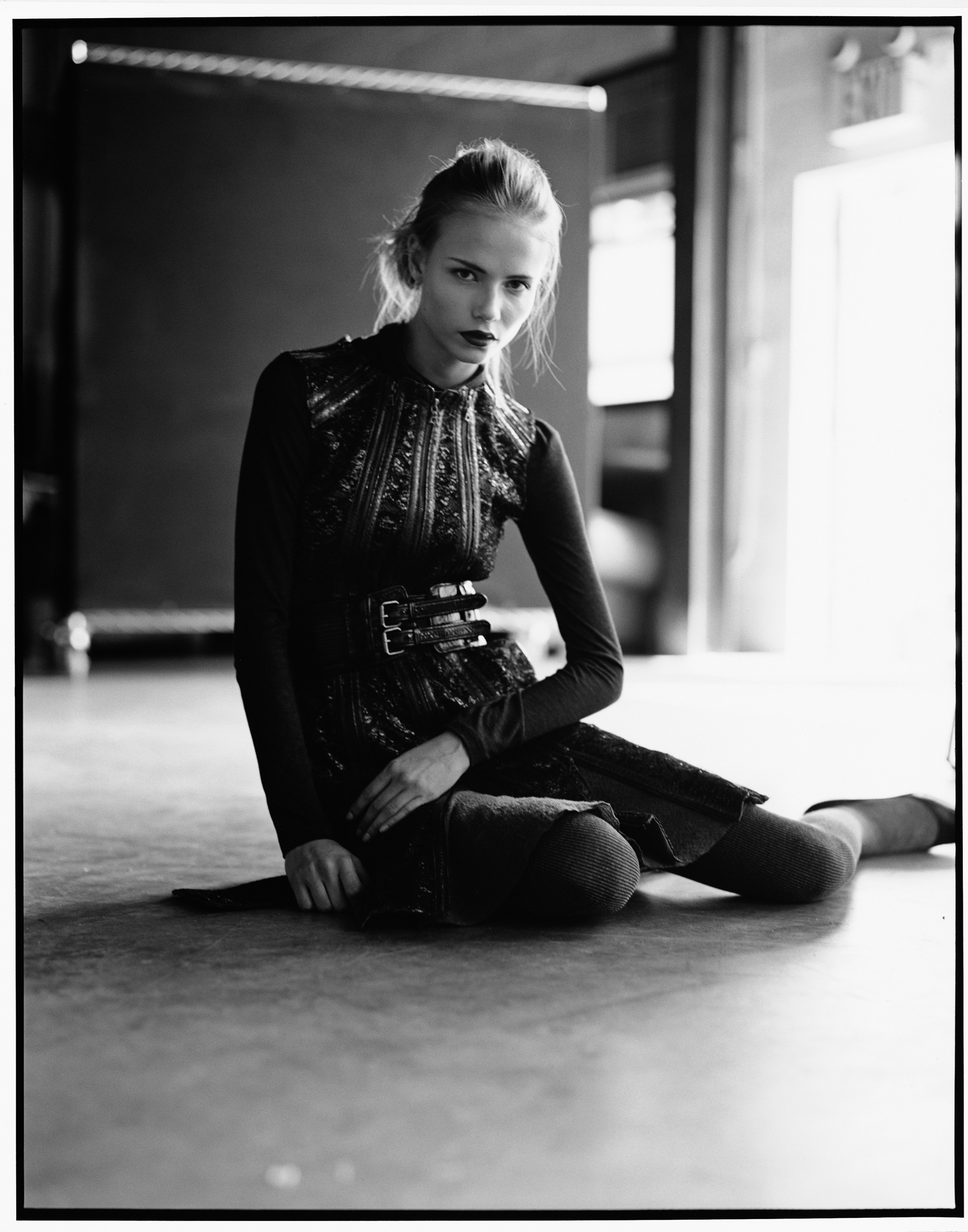 OLIVIER ZAHM — Do you consider yourselves American designers? Or are you more influenced by Europe?
LAZARO HERNANDEZ — We definitely are American designers because we live and work in New York. But the designers whose work we admire are mostly European. Yet I think boundaries in general are disappearing due to the media’s obsession with fashion and fashion reporting. People always say that our work feels European. I don’t know what that means, but I take it as a compliment.
JACK MCCOLLOUGH — In the past we were more influenced by what happened in Paris. Especially the old masters, Cristobal Balenciaga, Coco Chanel, Christian Dior. But at the end of the day we’re American designers —and it is sportswear. I think the line between all designers has blurred. Some Parisian designers make clothes that feel American and vice versa.

OLIVIER ZAHM — What was your breakthrough moment?
JACK MCCOLLOUGH — Barney’s buying our senior collection and Helmut Newton shooting it for Vogue all in the same month.
LAZARO HERNANDEZ — When we were in school, Julie Gilhart of Barney’s heard about our thesis project and called us in to take a look at the line. From that meeting, Barney’s placed a small order for New York. We were surprised but ecstatic.We had to figure out a way to produce it in three months—and at the same time come up with something for the next season. That was a really difficult but exciting time. That was four years ago! After that, we added stores little by little, according to what we could produce. It’s been quite a journey. 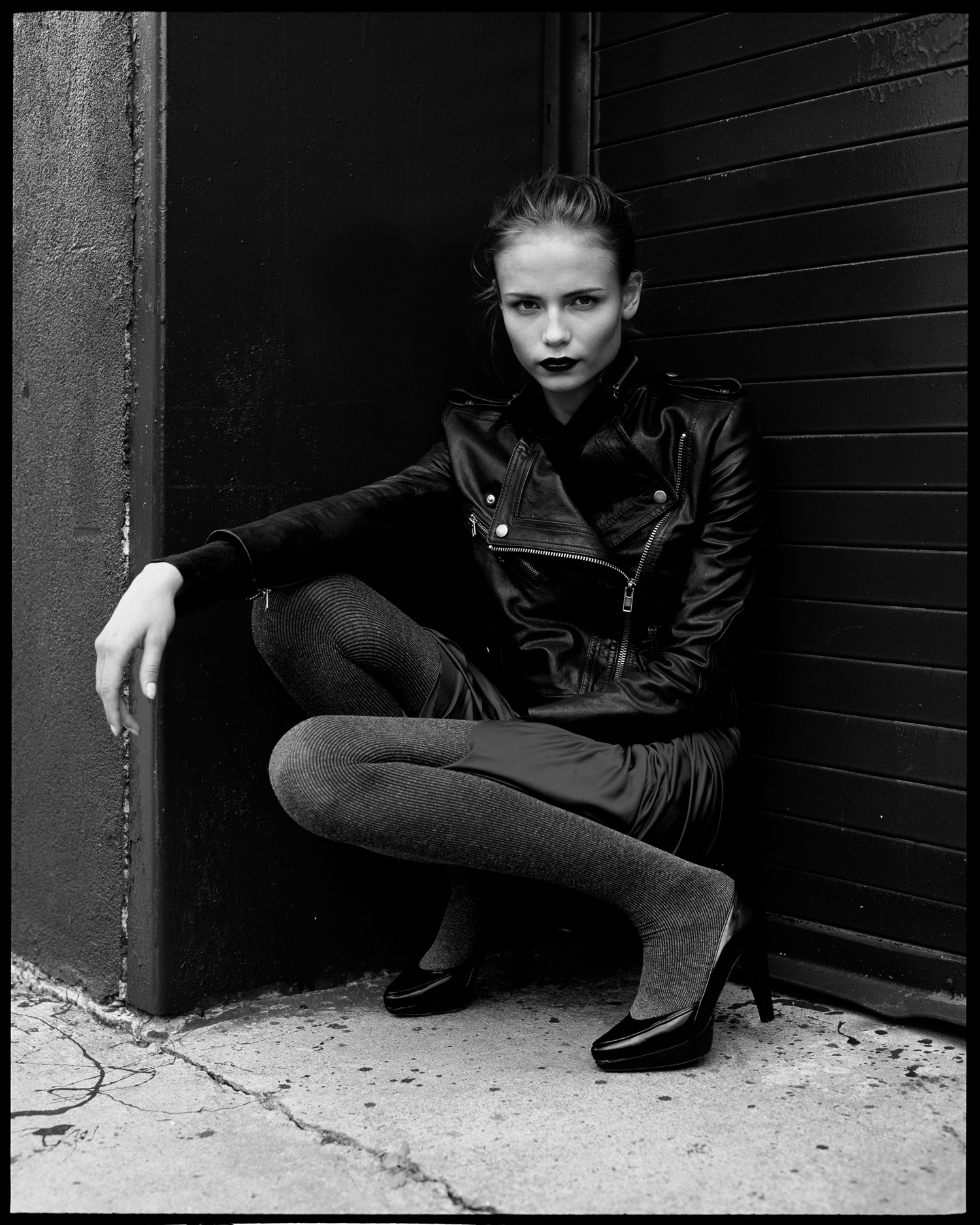 OLIVIER ZAHM — Could you name three of your favorite things.
JACK MCCOLLOUGH — Swimming, smoking, and Lazaro.
LAZARO HERNANDEZ — Jack, my dog, my job.

OLIVIER ZAHM — Can you survive without selling jeans?
LAZARO HERNANDEZ — Definitely!
JACK MCCOLLOUGH — Yes. There are already so many people who make jeans well at a good price. We would rather focus on different ends of this business. Jeans aren’t the only way to grow a business. 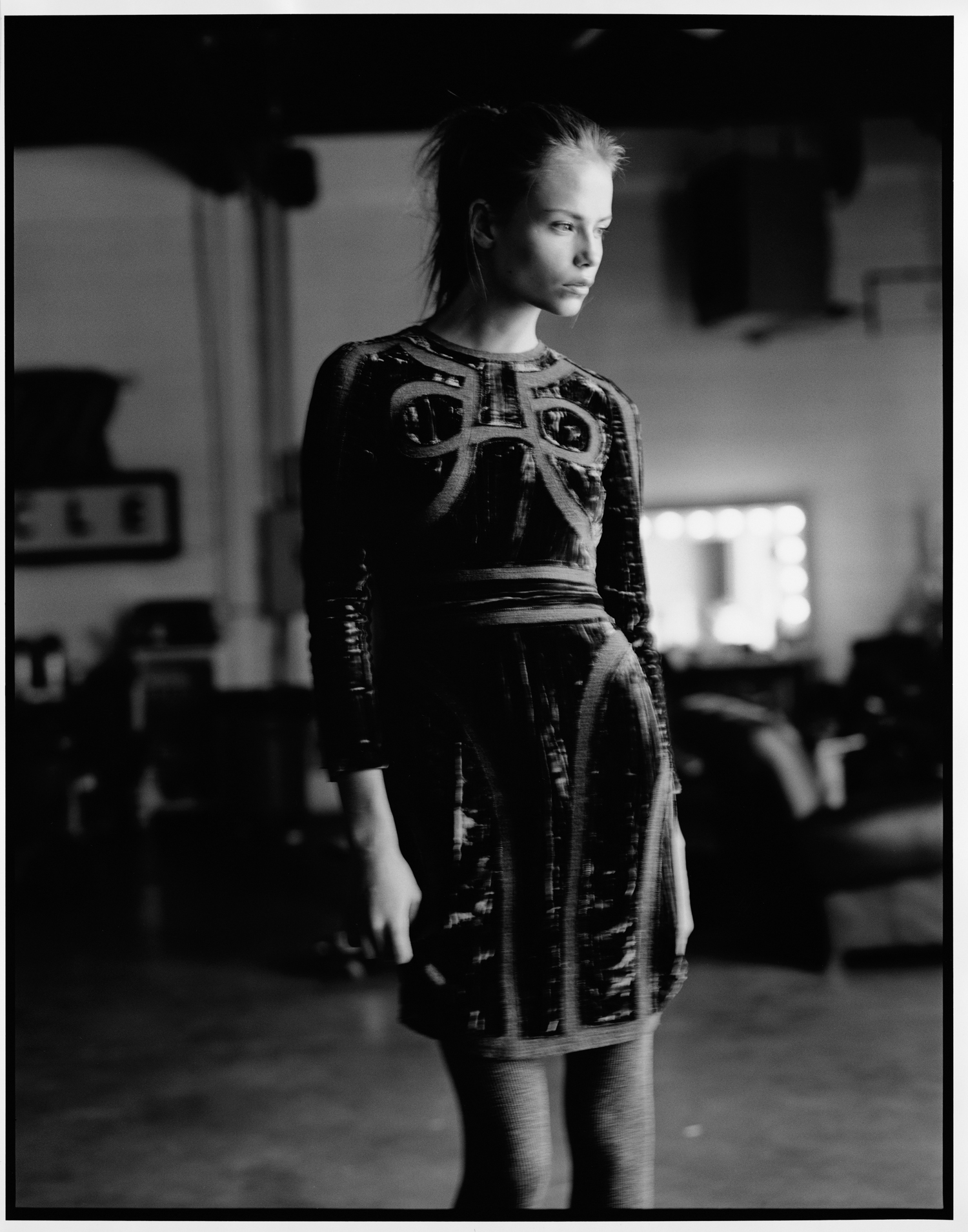 OLIVIER ZAHM — What’s the difference between Vogue’s two most powerful women, Anna Wintour and Carine Roitefeld?
LAZARO HERNANDEZ — Both bring something different to the table—and the difference between them both separates American fashion and European fashion. They stylistically define their respective cities. Our aesthetic falls somewhere in between. Both—thank goodness—have been very supportive from the beginning. And both are a source of inspiration and definitely some of the chicest women around.
JACK MCCOLLOUGH — One’s British, one’s French.

OLIVIER ZAHM — What is the most difficult aspect of designing?
JACK MCCOLLOUGH — Collaboration can be difficult at times. It’s such a subjective process, so sometimes it’s hard to get two people to agree on the same thing. It’s our greatest strength, and our greatest weakness.
LAZARO HERNANDEZ — The business side is definitely the most challenging. The act of designing is always about freedom and inspiration. Business is full of stress and numbers, which we didn’t care about but have had to learn.

OLIVIER ZAHM — We see your clothes worn by more models at social events than any other designer. Do you design for models?
JACK MCCOLLOUGH — No, but wouldn’t that be nice?

OLIVIER ZAHM — Compared to the last generation of designers, who made a big effort to make art world connections, you seem to value fashion for its own sake. How do you distinguish yourselves in that regard?
LAZARO HERNANDEZ — Fashion is not art to us. We are definitely involved in the art world and it fuels many of our ideas, but art is art and fashion is design. One has a definite physical purpose, the other a strictly emotional purpose. That’s not to say fashion doesn’t evoke emotion, but it can never forgo its physical limitations or the body in favor of emotion. Mass production is a limitation of fashion that art never has to deal with. It is a huge pain in the ass, but a necessary evil. However, art is always a starting point in all our collections. For fall, for example, we were interested in the dichotomy of sophistication and naivety in Cy Twombly’s work—a balance of loose and undone.