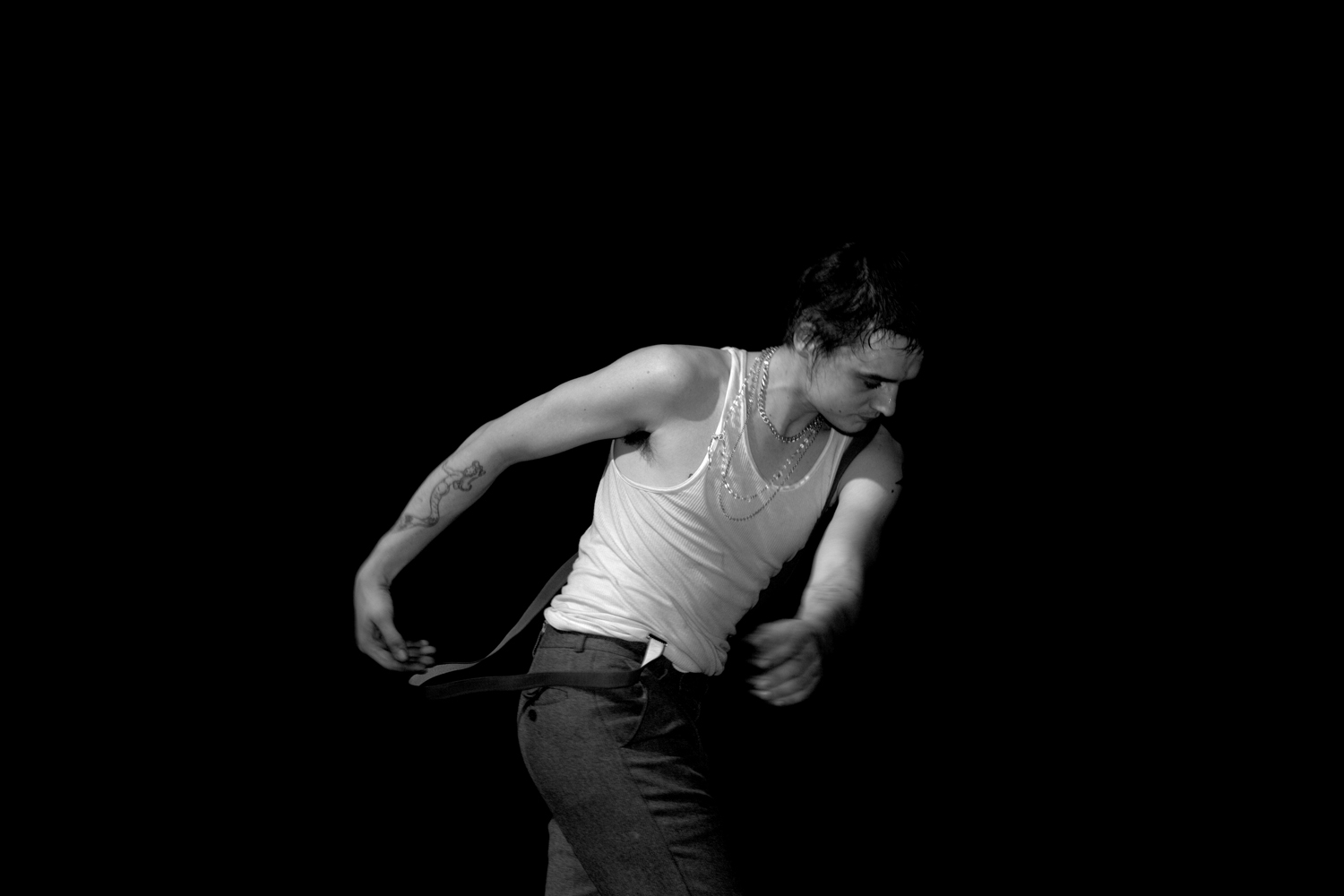 Pete Doherty: writer, performer, fashion icon, gladiator. A true artist: perpetually hungry? Permanently in opposition? With our appetite for scandals, our rampant consumerism, voyeurism, “vampirism”, nothing is more desirable, nothing tastes better, than the suicidal junky rockstar. Using his body, his music, his life, as the canvas for a daily protest and public sacrifice, Doherty is pushing the limits of extreme political violence. Chris Burden, the American artist who was shot in the left arm from a distance of about five metres by an assistant, in Santa Ana, California in 1971, would have loved and respected this young man. The endless excess, the violence, the disappearances, the fights with policemen, judges, fans and friends, like his drug addiction, are artistic forms of protest and body mutilation, akin to those of artists such as the Venetian actionist Rudolf Schwarzkogler, and the French artist, Gina Pane, who cut herself with a razor. Here are the most recent pictures and public information about this chaotic romantic: the latest communiqué from an artist still dreaming, still fighting.

3 February — Doherty and another man were arrested for allegedly assaulting documentary filmmaker Max Carlish in an Islington hotel, an incident apparently related to his decision to sell photos of Doherty smoking heroin to the tabloid press. Despite protesting his innocence, Doherty spent 4 days in Pentonville Prison due to his initial inability to raise the £150,000 bail the judge set. Following a £50,000 payment from record company EMI and a £100,000 payment from his manager, his release from custody was secured. Strict conditions were imposed on his release, including a night-time curfew for all reasons except drug rehabilitation, and an escort from a private security firm at all times. The charges of robbery and blackmail were later dropped due to “insufficient evidence.”

22 February — The judge granted an exception to his bail conditions so that Doherty could perform a scheduled concert at the Brixton Academy with his band. It was here that a brief fistfight between Doherty and bandmate Patrick Walden took place on stage.

2 July — At the Live 8 charity concert, Doherty performed “Children of the Revolution” with Elton John who introduced him as one of the country’s “new talents.” The performance was poorly-received, with Doherty forgetting words, and stumbling around the stage seemingly in a stupor. 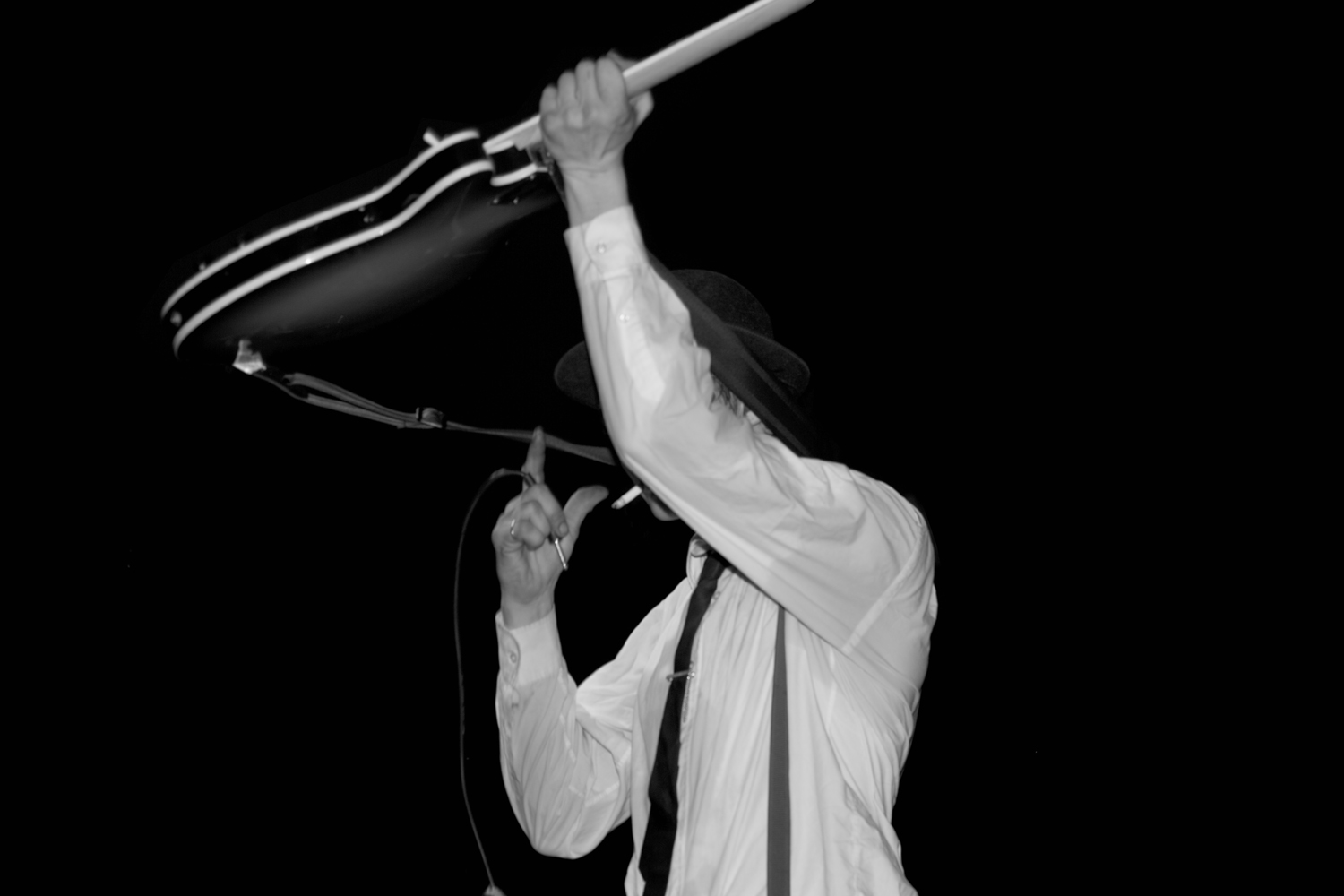 13 August — Doherty was stopped in the airport customs at Oslo Gardermoen Airport, where customs officers found him to be in possession of a small amount of heroin. His band was originally booked to play at the Oslo-festival Øyafestivalen at 5:05pm, but he remained in custody for three hours. He was released when the organizers of the festival paid the fine of 8000 NOK (693.118 GBP). When the band appeared onstage later than scheduled, Doherty was sick, and vomited after 20 minutes. He threw out a bottle of Vodka to the audience, and showed them his empty cigarette package, followed by the crowd throwing cigarettes to him. Because of the electricity being shut down at 11pm, they couldn’t play for more than 30 minutes.

2 October — Following a sold-out gig at Shrewsbury Music Hall, police raided the band’s tour bus and Doherty was arrested for possession of Class A drugs and held overnight, although it later appeared that police had actually mistaken his methadone for illegal drugs. Babyshambles were forced to cancel a performance at the University of East Anglia as a result. Doherty protested his innocence.

24 November — Doherty was admitted into the exclusive US rehabilitation clinic, The Meadows, but checked out after just six days and was, in the early hours of November 30, 2005, arrested on the alleged possession of class A drugs after police stopped his car on Cleveland Road, Ealing, W13, due to the erratic manner of his driving. He was taken to Ealing Broadway police station and later bailed to return in January 2006 pending further inquiries. On Sunday 18 December Doherty was arrested on suspicion of driving under the influence.

18 December — Doherty was again arrested on suspicion of driving under the influence in East London. Doherty and three passengers fled, and a search of Doherty’s car rendered substances believed to be heroin and crack cocaine.

11 January — Doherty pleaded guilty to the possession of heroin and cocaine at Ealing Magistrates’ Court after being arrested in west London on 30 November, 2005. He was released on unconditional bail to reappear for sentencing on 8 February. Doherty’s barrister was forced to apologize to the court after the singer arrived at the hearing more than an hour late, blaming traffic and press obstruction.

14 January — Doherty was arrested again and charged with driving under the influence and possession of Class A drugs, heroin and cocaine. On 20 January, Doherty pled guilty to possession of heroin, crack cocaine, morphine and cannabis.

25 January — Doherty was arrested twice. First at 5:40am for suspicion of possession of class A drugs after driving erratically in London. Following his release from custody he was searched and re-arrested in London at 3:00pm for being under the influence of class A drugs. These arrests forced the postponement of several gigs, leading to a riot among some of the fans present at the Newcastle show scheduled for that evening, when two people were arrested. The judge refused bail and Doherty was remanded in custody until 8 February, for sentencing. The press speculated that he gave the judge the finger after being refused bail.

8 February — Having plead guilty to the drug charges, Doherty was given a 12-month community order, requiring him to undergo drug treatment and regular testing in conjunction with monthly reviews. The magistrate told Doherty, “You must submit to treatment with a view to ending your dependency on drugs.” Asked if he agreed with the sentence Pete Doherty replied: “I do.” A week later, Doherty told Channel 4 News that he wanted to quit drugs for good. During a subsequent review, the judge said that Doherty had been making “positive progress” in his battle with drug addiction. 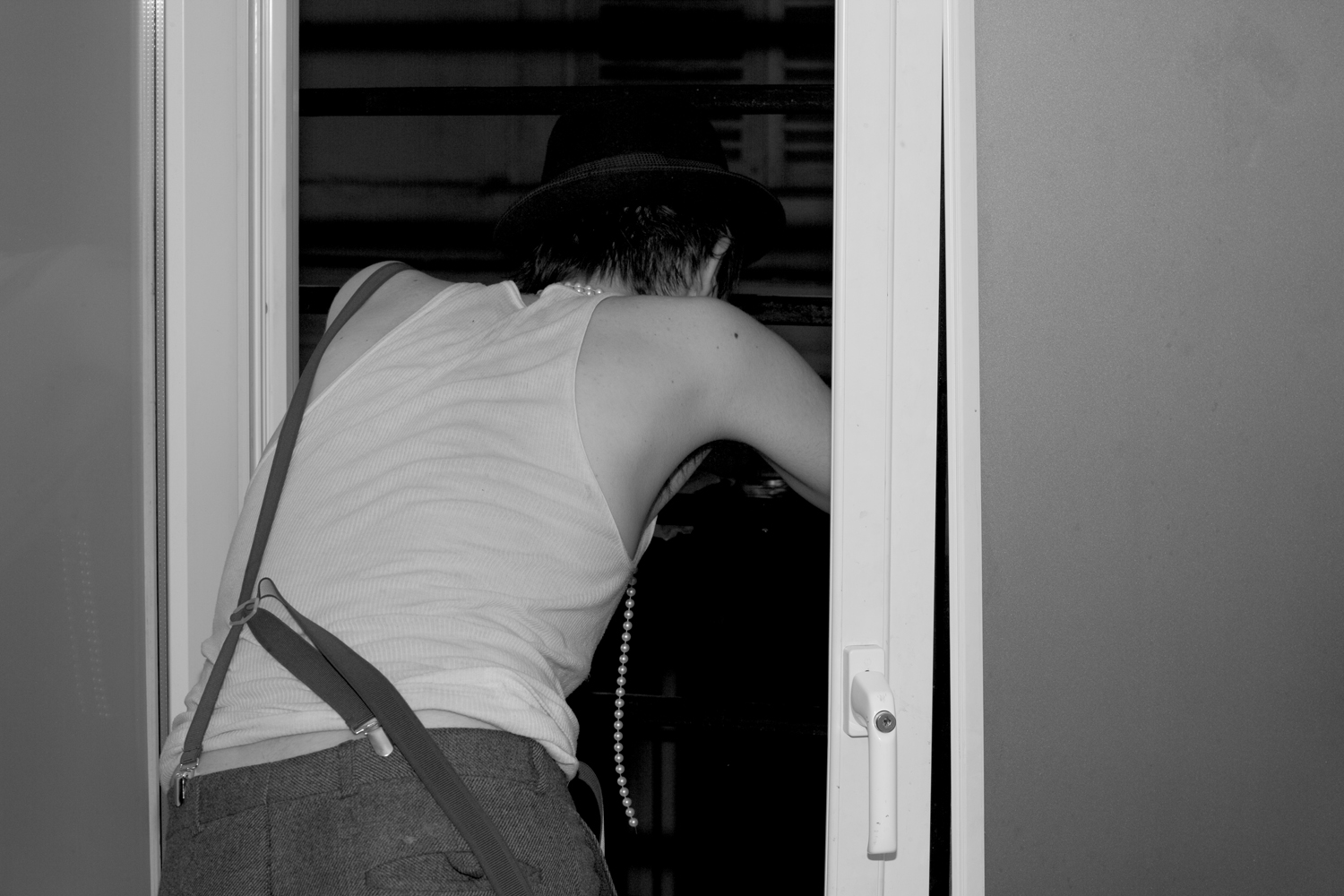 27 February — Doherty was arrested during the evening in Birmingham, along with two men from Dundee (one of whom was a member of Babyshambles support band The View), on suspicion of stealing a car and possessing Class A drugs. The allegation of car theft was the result of an erroneous report, and no charges were brought.

7 March — Scotland Yard announced that Doherty has been charged with seven further counts of drug possession: two charges of possessing crack cocaine, two of possessing heroin and a further three charges relating to the possession of cannabis. These charges relate to incidents in east London in December and January. He appeared in court on 9 March 2006 to face these charges, but his case was adjourned for a further two weeks because the prosecution said they were not ready to begin the hearing.

23 March — Doherty pled guilty to the seven drug charges, and sentencing was scheduled for 20 April. Immediately after, he kicked a microphone out of a reporter’s hand during a chaotic scene outside the court.

20 April — Doherty was sentenced, receiving an 18 month drug rehabilitation order, and banned from driving for six months. Just hours after leaving court he was rearrested for alleged drug possession by plainclothes police officers, and held overnight before being bailed.

28 April — The Sun, a tabloid newspaper, printed photographs of Doherty that purported to show him injecting an unconscious woman with heroin. Doherty said that the pictures had been staged as a type of art photography called a tableau vivant, and later stolen and sold.

29 April — Doherty was arrested at 8am in East London and questioned on suspicion of administering a noxious substance. He was later released after the woman in the pictures confirmed that she was fully conscious and the pictures did not depict any actual drug use; six witnesses corroborated this. It was reported that he had been drawing a small amount of blood for use in an artwork; Doherty has experimented with blood as a pigment in the past, and a selection of his paintings are to be displayed in a London gallery.

11 May — The singer squirted a syringe containing a red liquid at an MTV News camera during an interview following a gig in Berlin. He later said that it was fake blood, purchased for a prank.

1 June — Doherty was briefly detained at a Barcelona airport after airline staff claimed to have found a syringe in the lavatory. However, Spanish police found nothing suspicious and he was quickly released without charge. Babyshambles were on their way to play at the Primavera Sound Festival. Following the incident, he was banned from all Easyjet flights. However, Doherty denied having used drugs on the plane. The Sun later reported that he had been using prescribed methadone.

8 June — Doherty checks into rehab in Portugal to fight his ongoing addiction to heroin and crack cocaine, where he also received a Naltrexone anti-heroin implant.

17 June — Doherty is fined 14,000 kronor (£1,030; US$1,901) in Sweden after police found traces of cocaine in his blood following a concert at the Hultsfred music festival. Another band member was also fined and released.