Just back from Havana by Gary Indiana _ Cuba 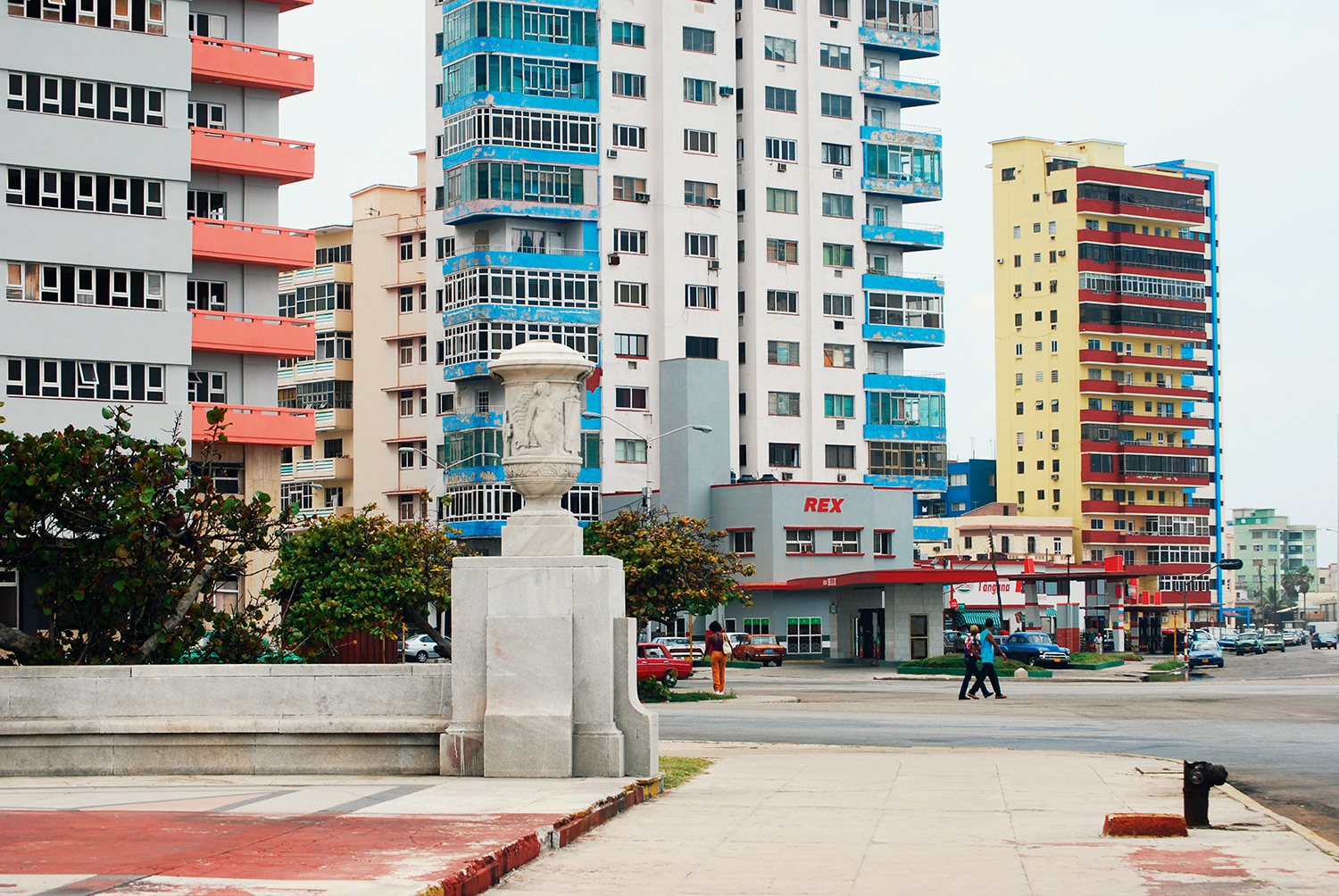 text and photography by GARY INDIANA

Cuba is so far outside the world in many ways that when you make a Cuban friend, you find that much of what you normally talk about with friends is quite outside his or her frame of reference. This is a country where a park in the capital is named after John Lennon, but The Beatles’ music was never allowed to be played on the radio. Most of the movies, books, recordings, and television shows — as well as events of the passing day — that you may recall are either completely unknown here or understood through the oblique filter of the country’s only newspaper or the grimly cheerful, xenophobic news reporting of Cuban TV. 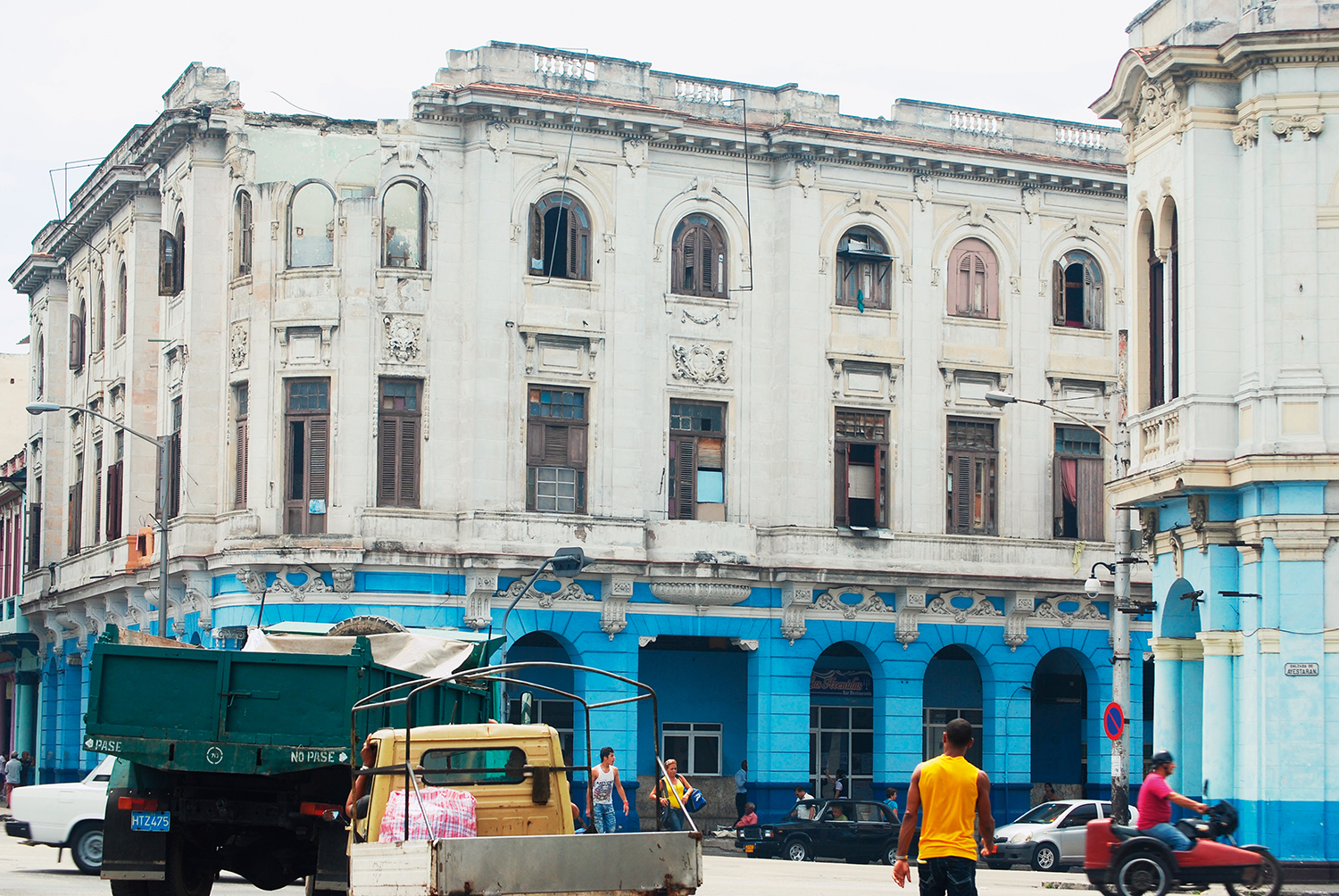 Information does reach this place in random droplets. People see the life that’s lived elsewhere in the Brazilian telenovelas everyone’s addicted to; they know that “out there” supermarkets are full of incredibly ample food, that rich people fuck on private yachts on the Côte d’Azur, that the homes of middle-class people contain a fantastic array of shiny appliances and unfamiliar furniture. And this barely apprehended outer world is reflected in the clothes, haircuts, and tattoos worn by the young, which are copied from the handful of current music videos shown in whatever discos and popular bars that manage to stay in business for a few months or years — or from Cubans who’ve successfully married foreigners and have the money to come and go. 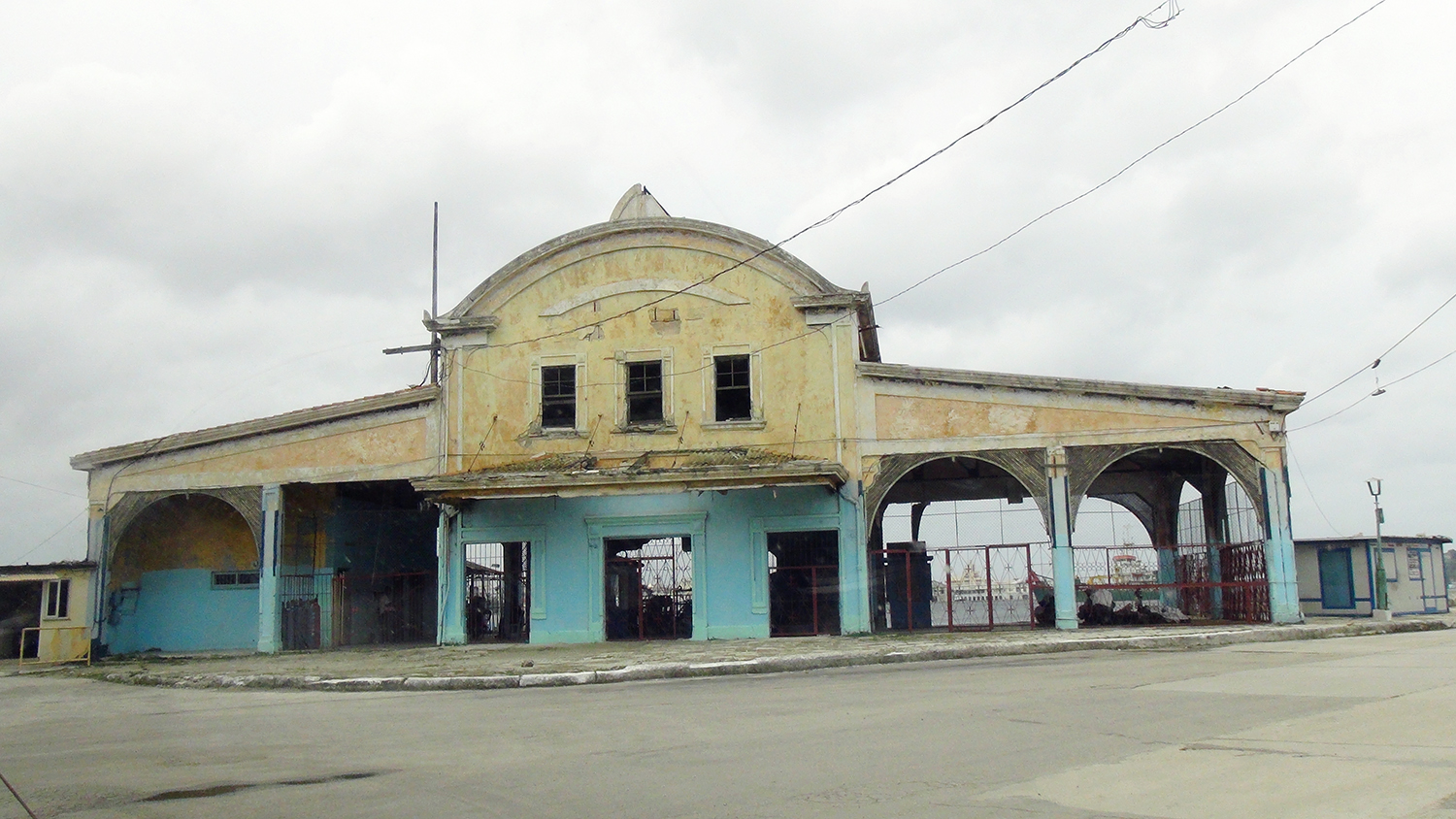 Still, things change at a glacial pace, and the frozen-in-time quality of the island can be wonderful for those of us who live in a 24/7 state of technological distraction. Suddenly there are no newspapers, magazines, or websites to consume time. Human interaction is face-to-face instead of email-to-email. From season to season, in my experience, the general atmosphere here can vary from an always guarded sense that things are getting better to a cynical conviction that they will always eventually get worse.

Just now, the gradual drying-up of subsidies from Venezuela following the death of Chávez is reflected in chronic shortages of staple foods such as butter, higher gas prices, and various pharmacy items going missing. When things in Cuba tighten up materially, the government reverts to a kind of paternalistic hysteria — and so, for example, this season the Havana police are everywhere, detaining Cubans they see “consorting” with tourists in public places, stopping the ubiquitous unlicensed taxis, patrolling the areas outside of nightclubs and bars where too many people congregate and are possibly having fun. 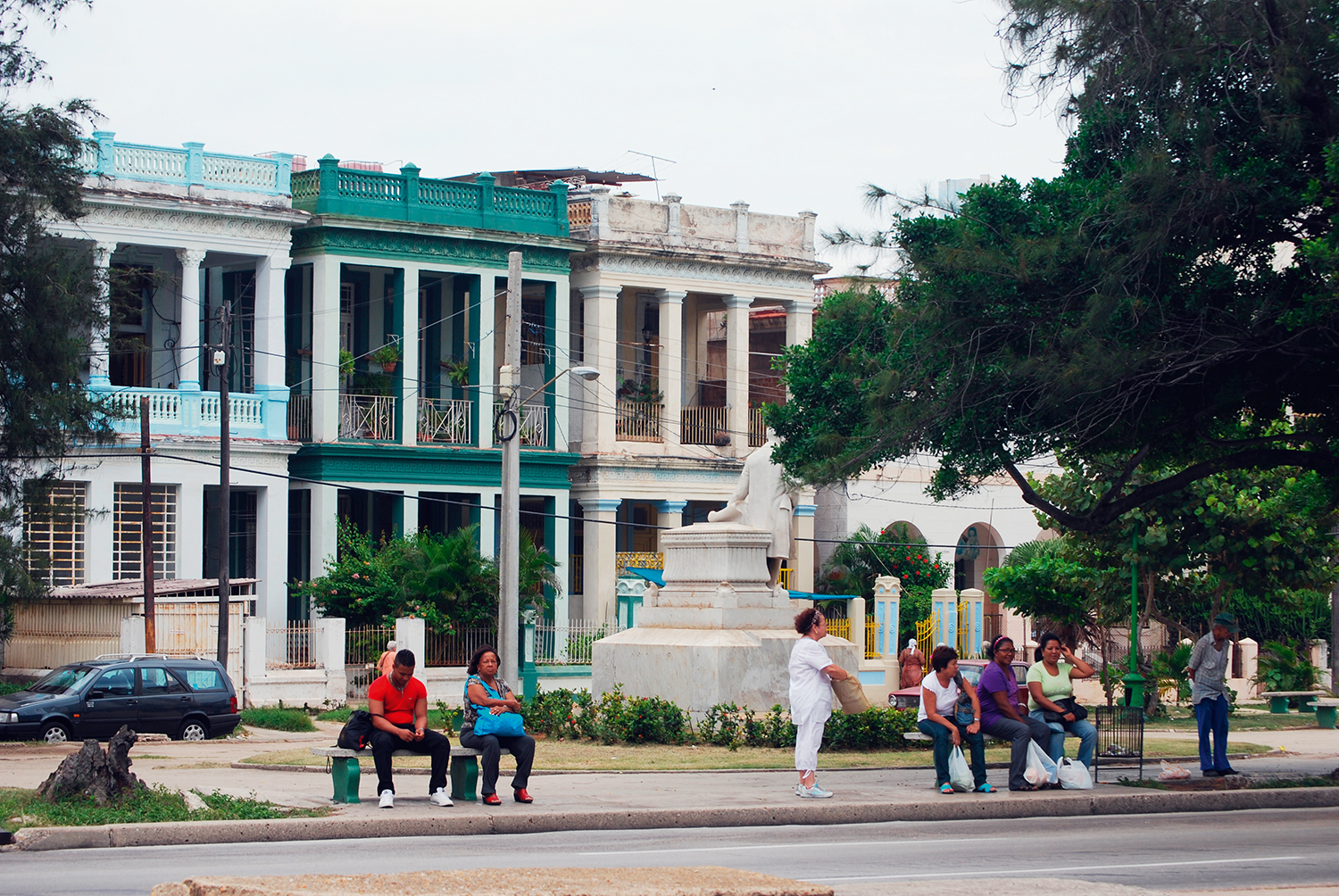 The US embargo is blamed for anything that doesn’t work, for every pothole in the street and every week without tomatoes or antibiotics — and it’s true, the embargo has caused a lot of difficulties for half a century — but inefficiency and mismanagement are mainly to blame for an overall dysfunction. The country, after all, has trade agreements with most of the rest of the world. That the benefits of those go mainly to the army and the small political and cultural elites is the fault of the Castro brothers, not the island’s warlike neighbor to the north. 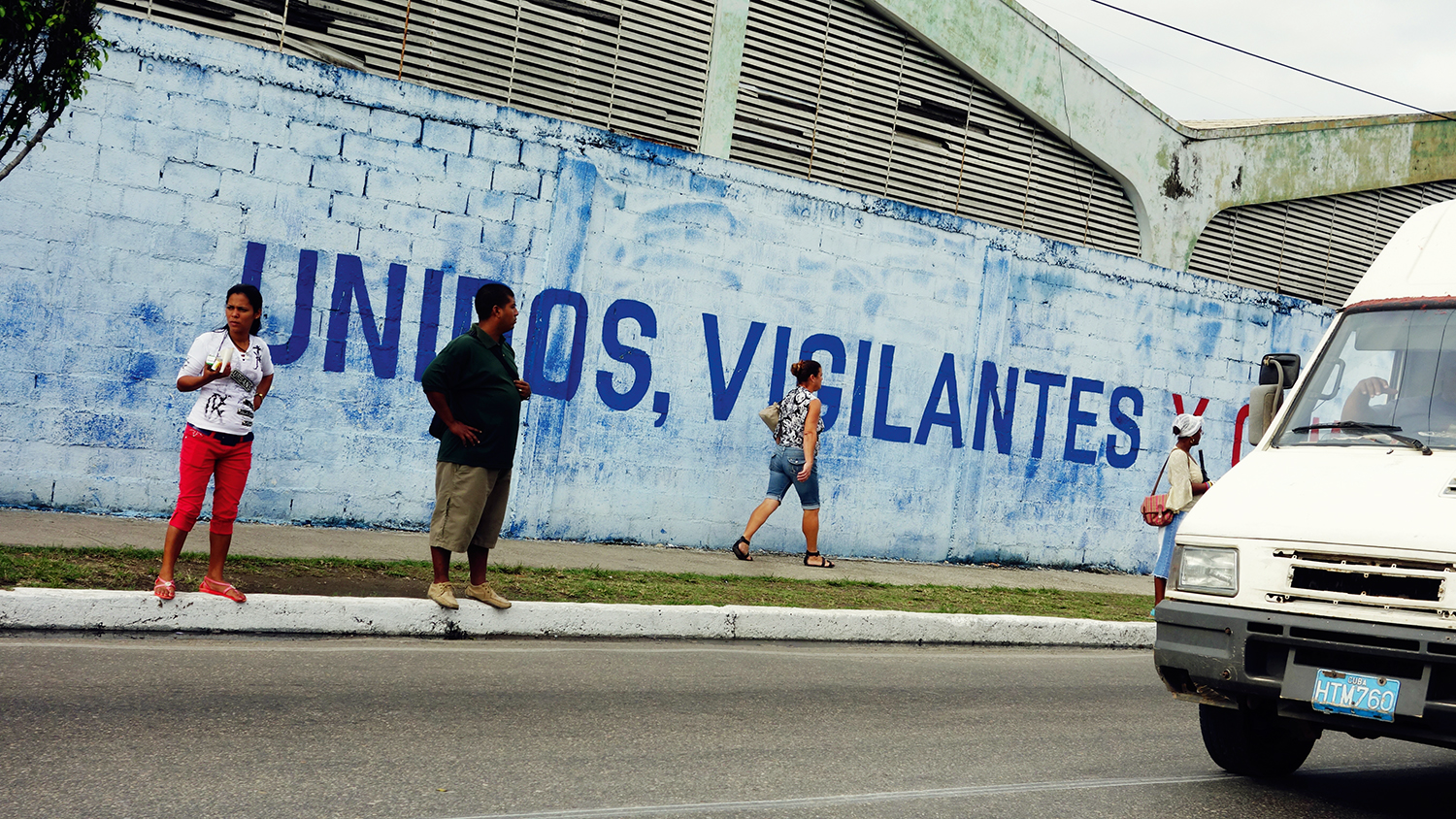 The system is a confusing mélange of communist economic planning, homeopathic doses of free enterprise, and arbitrary exemptions from the general order of business. Medical care is free, but as there are shortages of medicine and equipment, the upper classes (there are upper classes) go abroad for care; education is free through college, but since the educational system is as short-funded as everything else, the elite send their children to college in the US or Europe. People “own” their homes and don’t pay rent to the government, but the land their houses stand on belongs to the country; they can rent out apartments, but they’re charged a fee for the privilege, whether or not they actually have any tenants. Renters habitually under-report what they charge tourists; some I know have grown rich by acquiring extra rental property, using their adult children as cutouts on property deeds. It’s impossible to do well in Cuba without cheating the government, which is cheating the people, in any case, with fees and taxes that would keep them poor if they were honest. 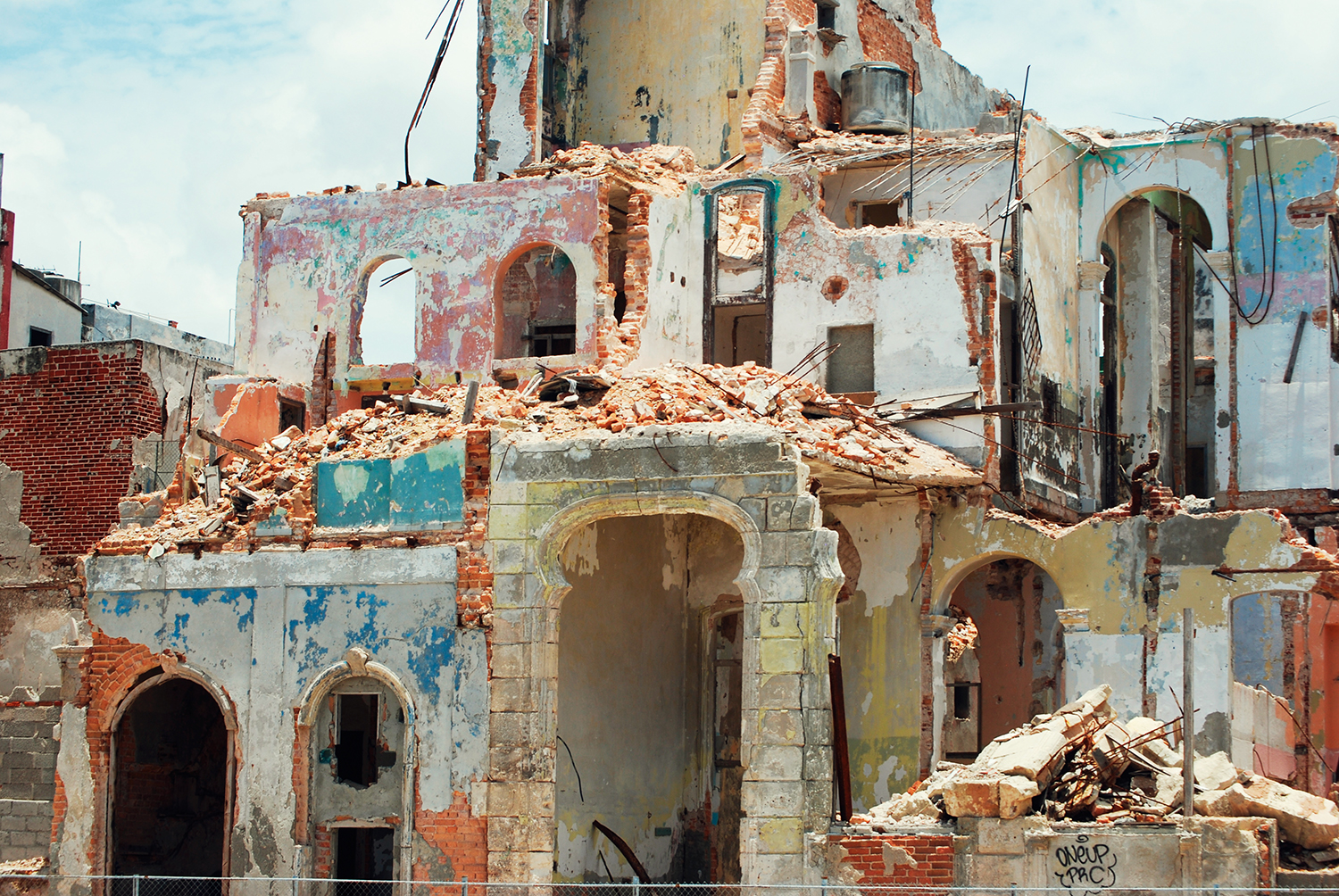 Restaurant food is terrible, except when it isn’t: I know several guys who make a decent living on the black market dealing quality food to the four or five first-class restaurants. Otherwise, one is doomed to eat only chicken, pork, or freshly defrosted fish, all of which are prepared indifferently, if not toxically, and served with languid unfriendliness by people earning just about nothing at all. It’s a point of pride with Cubans in service professions never to be servile, never to rush, and, in restaurants, never to remember an order or bother to bring the bill unless it’s been asked for at least three times. On the other hand, it’s also the case that a modest tip is a source of endless surprise and gratitude.

I generally find that people working in stores and eating-places aren’t hostile; their minds are just elsewhere — somewhere nicer. At home, perhaps, watching Peligroso Amor, or fucking their husbands or wives. If you smile and make small talk, you suddenly have their full attention. I think it’s one real accomplishment of the Revolution that no Cuban feels inferior to any American or European, despite the difference in wealth and material privilege — but then, no other Caribbean country feels as much like a real country, with a real history, as Cuba does. 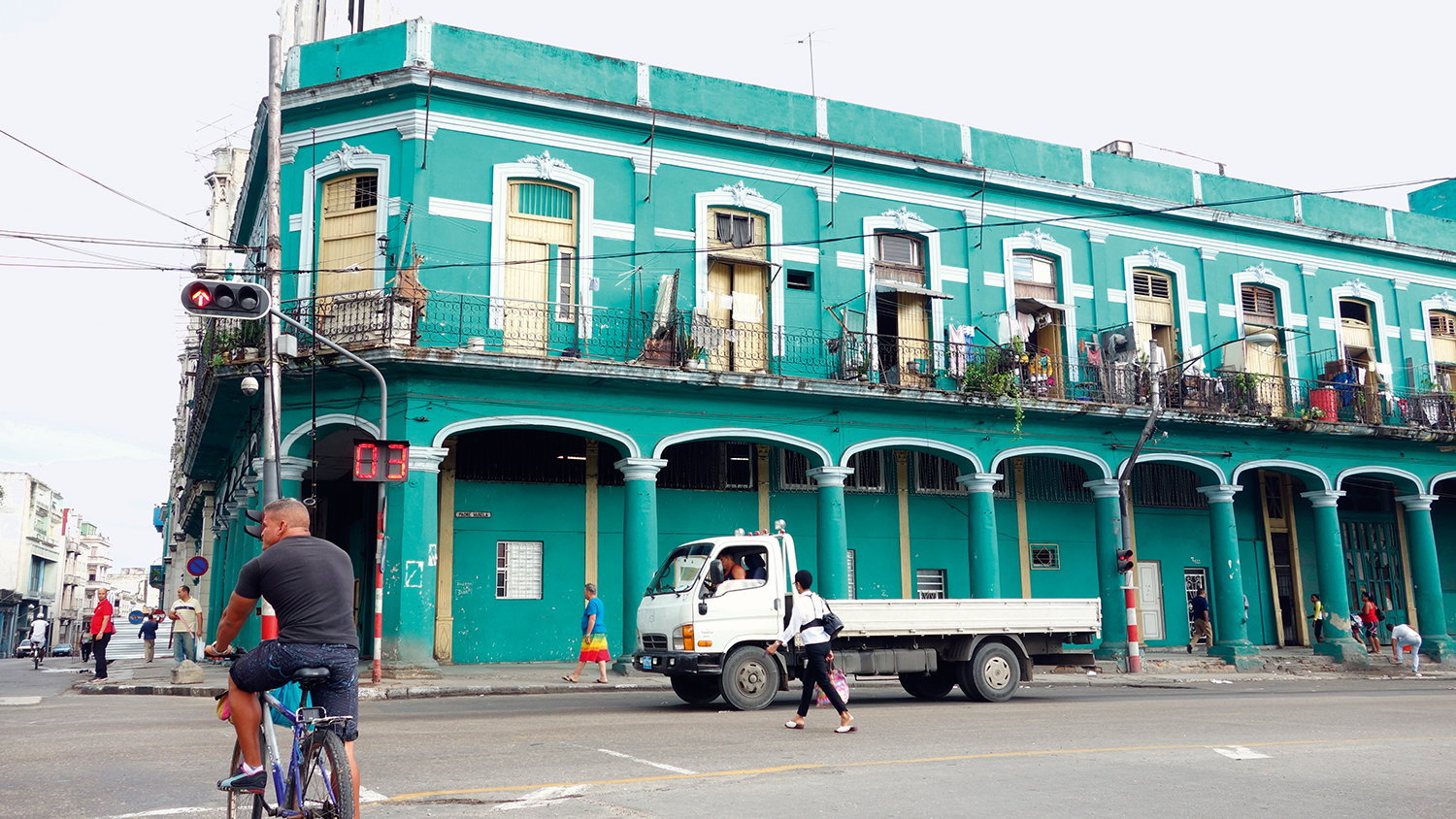 It’s useful to know someone doing under-the-table currency trades. For those who don’t, the exchange rate for foreign currency into Cuban Convertible Pesos (CUCs) is wildly extortionate, and the fees charged on top of it in banks and hotels are outright robbery. Here, too, there is an eccentric kind of balance: Cuba takes a big chunk out of any hard currency that comes into the country, but almost nothing costs much, and most things are ridiculously cheap. A large bottle of rum costs the equivalent of one euro; cigarettes are 60 cents a pack. Meals in state-run restaurants, which are often wretched but sometimes surprisingly good, might run six CUCs for three people, including drinks. 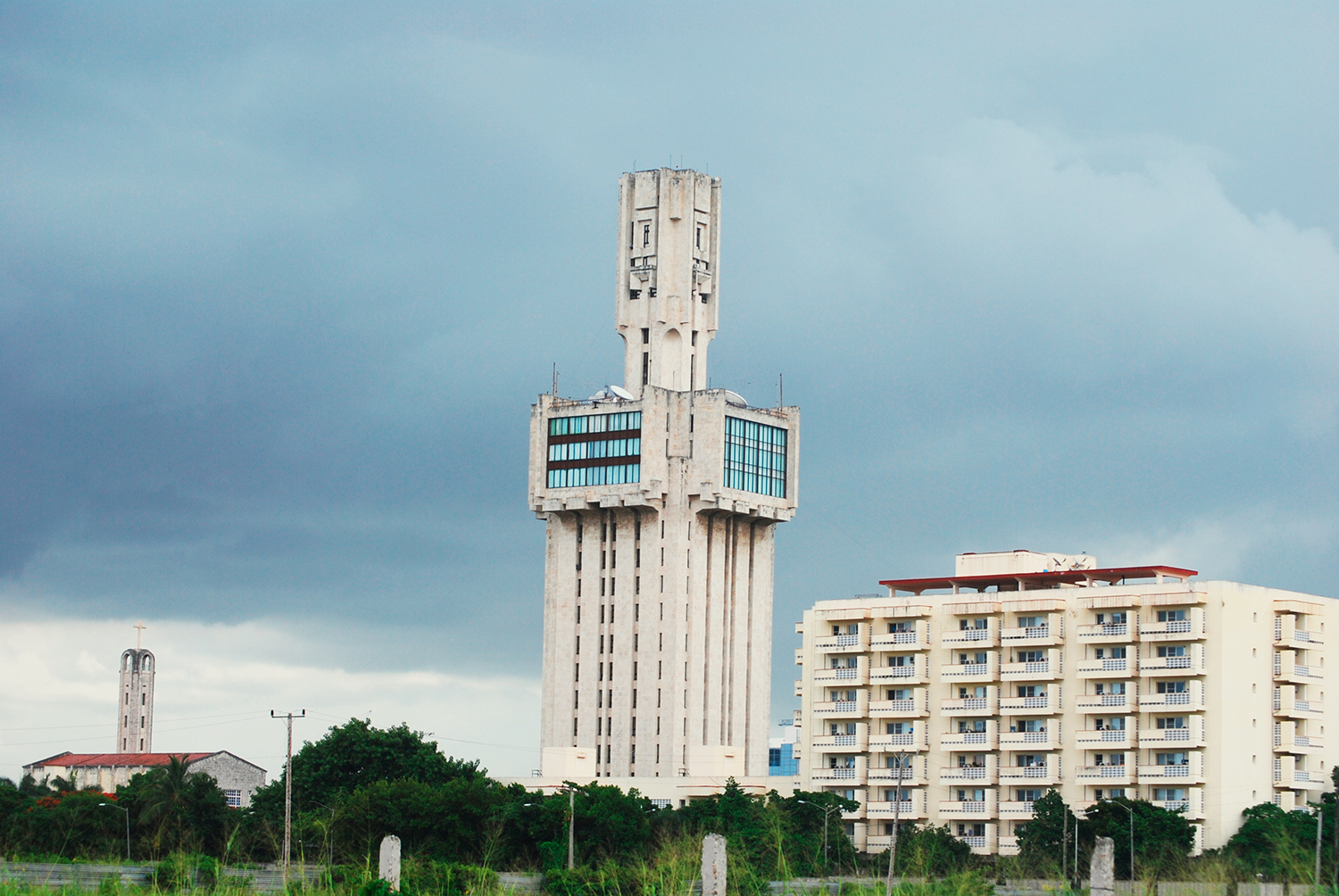 There is a second economy based on the national peso, which is useless for luxury goods but buys a lot in the way of meat, vegetables, and ordinary commodities — but you usually have to be Cuban to use the national peso. Foreigners pay more to get into clubs or to ride in “Cuban taxis” (the ones without meters), visit the zoo or go to a movie. It’s a bizarre kind of socialism that almost makes sense. Many things in Cuba almost make sense, and it often depends on one’s mood whether this is delightful or hideous. We forget how insane the pace of life in cities like New York or London really is. If nothing else, Cuba forces people to slow down or else have a heart attack: you get nowhere here by complaining, first because there’s nothing to be done about how things are and, second, because no Cuban is even slightly bothered by your distress in situations they put up with every day. 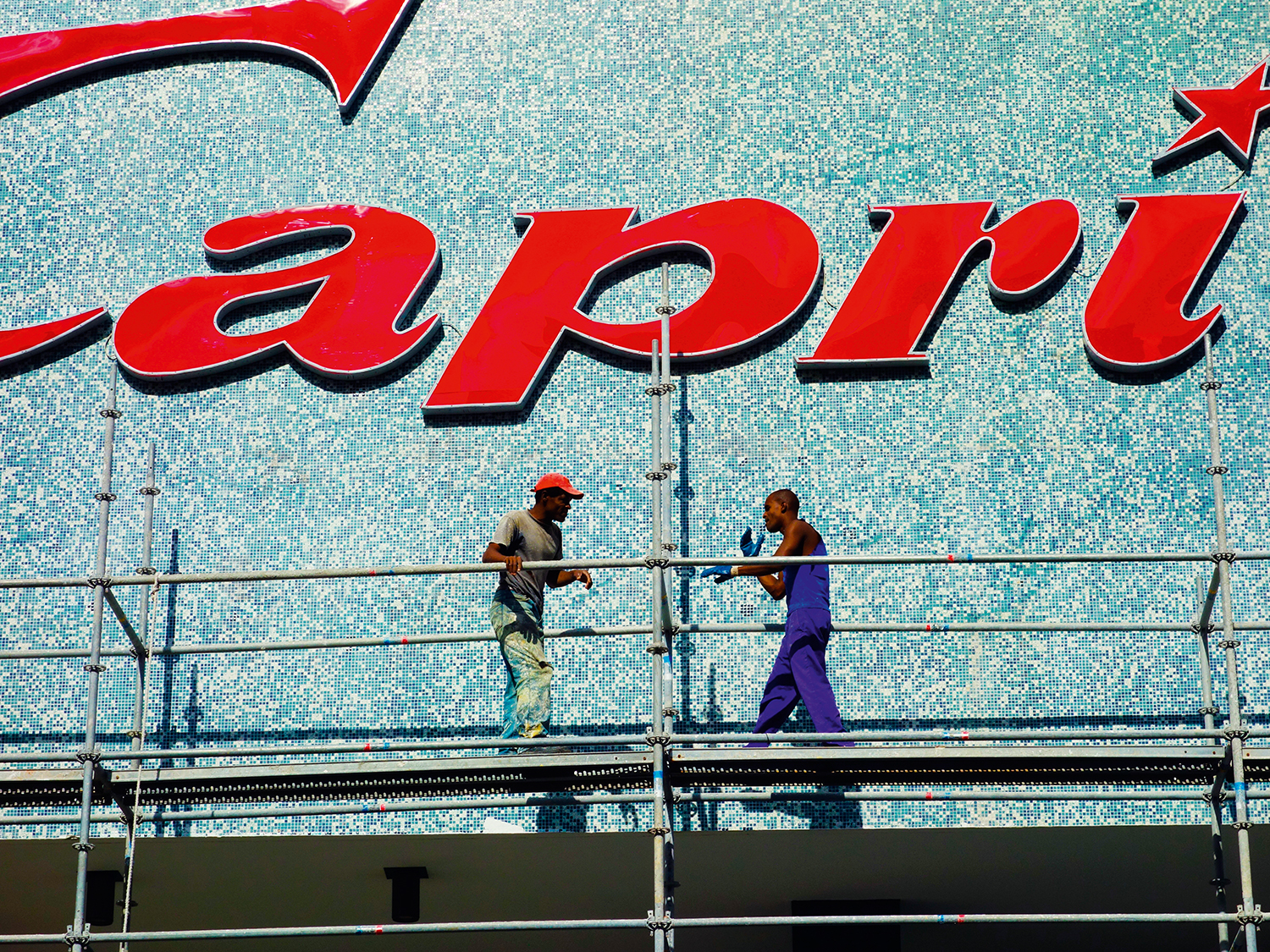 Almost nothing in Cuba looks new, and nearly anything new quickly acquires a look of deliquescence and grimy neglect. In Havana, at night, street after barely lighted street of columned buildings in dramatic states of decay at times possess something like the silent grandeur of Rome, despite the impression that a good stiff wind would cause many of these buildings to collapse into dust — which they quite often do. Still, it’s beautiful here. Few places on earth are as beautiful as Cuba is, and few people on earth are able to make the most of chronic deprivation the way Cubans do. But it would be a mistake to suppose that they aren’t fully aware and resentful of the wall that separates them from the possibilities of life elsewhere or that they still believe, if they ever did, that “the Revolution” has made any kind of fabulous progress.

After 60 years, protecting this Revolution by keeping people in the dark only makes sense to outsiders, the ones who come on package tours and parade around the city in Che Guevara t-shirts. For Cubans, that’s a bad joke, like the billboards that dot the countryside with giant images of Fidel, Che, and Camilo Cienfuegos (or José Martí). “Oh look,” my boyfriend said sarcastically the other day, as we passed the one in front of the electrical plant in Regla, “there are the dreamers.”