Everyone loves art and, well, makes some version of it. Anything treated with reverence and care — to make tea, customize a car, iron a shirt, or correct someone’s mistakes — is an artistic act. You might not think it’s art, but such an act is the closest thing to love — affection, attraction, benevolence, tenderness, and enthusiasm — without genital contact. Art and love are mind-body experiences. Each engages desire, affect, correction, and surprise. Why, after all, do we even have art? Why do we have love, for that matter? Maybe they’re related.

In The Art Instinct: Beauty, Pleasure, and Human Evolution, Denis Dutton described art as a survival mechanism that evolved in the same way that fear or fingers or sight did. What made us different from the other members of our ape species is that we are “language-users,” as philosopher Richard Rorty describes us. We are the sole animal to explain and describe. We also communicate through body language and symbolism, such as in hairstyles, dress, make-up, architecture, gifts, and bank accounts. These are the art forms we have designed for the social stage upon which we judge and are judged and through which attraction is generated. Attraction fuels love and art, both of which enshrine and embody that emotion.

Dutton suggested that art redirects what Freud called the “pleasure principle.” Dutton’s list includes the taste of food, the joy of sex, the presence of children, the gathering of know-how, a sense for each other’s status and accomplishments, and the aesthetic delight of things well told, such as a story or a joke, or well made, from the magnificence of a maple tree or one of its leaves, to the fabrications of our fellow creatures. Art, as such, is born from intuitions and inspirations that have gotten into minds, so its essence remains hypothetical and for humans alone.

The art-making instinct emerges via the mirror and motor neurons that incite a person to copy, to throw a rock, shoot an arrow, learn a dance step, or paint a portrait. Such intuitions can change a person, get them out of themselves and into the “Other” that psychiatry makes such a big deal about. But art’s intentions are positive and self-serving rather than murderous and self-protective. So, maybe art and love evolved in unison — from nurture and hunting and surviving together and choosing this over that.

Love and falling in love epitomize attraction toward a body one can’t get out of one’s mind. But what about the trout one’s been trying to snag for months? The profundity of either experience, when fulfilled, can change and enhance life. Love is the “thing” people seem to want, to look for and anticipate, to dream, talk, and tell stories about. It’s the one great thing that needs illustration, which is the root of pornography, the illustration of prostitution in writing or in pictures. So, maybe pornography is to sex what art is to love: an image of a dream.

Unlike love, art is an acquired skill and a branch of learning that requires care and repetition. The Greek tekne and the Latin ars referred to the skillful way something is made, suggesting that it has to be nurtured, or done over and over to get right. An engineer might define nurture as a calibration process. Anything done in the right way, from biking or learning to dance, paint, draw, or play the banjo, becomes an acquired technique, which, if sufficiently improved, will attract others. Such attraction is love without rules or handcuffs.

Art embodies the “something else” that is made for the self but also for others. Love is a Self’s “someone else.” Both can consume the mind and body. But no other animal so completely obsesses over what Immanuel Kant called a Ding an Sich, a thing in itself, whether a maple leaf, the number 2, one’s mother, or childhood. Such obsessions have kindled the art of love and the love of art.

At the 1949 Western Round Table on Modern Art, in San Francisco, Marcel Duchamp described artists as “mediumistic beings in a labyrinth beyond time and space.” An artist’s “beyond time and space” might apply to metaphors like being “head over heels” in love. Love’s passion and giddy intoxication — the light, heat, and fire; the luck, madness, and opportunity; and its mortal chains and fickle nature — embody metaphors of pride and faithfulness but also the suffering and grief we parade and endure.

Art’s exclusive subjects, aside from decor, are survival, sex, death, and other people. Yet like love, the best art surprises and can awaken the instincts at the very core of being and experience. A paleolithic arrowhead carver, even if the carver was a child or a grandmother, would have been revered and honored for their skill the way a scientist or philosopher or leader is revered for their knowledge. Creative engagement of any type turns makers into mediumistic beings caught in a labyrinth of intention, one in which the arrowhead or eyeglasses or the body of a lover inculcates the hope engine of our psycho-sensual survival.

In The Gift (1978), American poet-essayist Lewis Hyde argued that “artists are converted to art by art itself” and that artists will “labor in the service of art until [they] can profess [their] own gifts.” He borrowed his title from Marcel Maus’s The Gift: Forms and Functions of Exchange in Archaic Societies, 1925, which posited the pervasiveness of gift-giving in every culture. Many gifts are cherished and preserved. A lousy gift is a talisman of disappointment. A great one is esteemed and recalled, often lovingly. Talent is a gift, which, if nurtured can be lavishly rewarded. Gifts symbolize altruistic reciprocity, a shared value that concerns assurance and reassurance. Some gifts end up in museums, which are monuments to memory, temples of cultural preservation. Visiting them fulfills an obligation to culture, the “gratitude we suffer,” as Hyde calls it. Why, after all, do we go to museums? It can’t be for entertainment. Maybe for cruising on evenings when they serve drinks. Even then, one goes for emotional or mental stimulation. The archetypal literary trope for such an experience is Stendhal’s “celestial sensations… the palpitations of the heart… the fear of falling,” the sensation of being knocked out by an artwork, which is not “like” falling in love, it is falling in love, which is a fall into enthusiasm for something “other” that has suddenly become vital to the self.

Erich Fromm’s The Art of Loving, a popular book from 1956 (published the year of Elvis Presley’s first single, “Heartbreak Hotel”), claimed that true love involved care, responsibility, respect, and a knowledge of oneself, which he felt necessary in order to be able to better love someone else. Fromm also insisted that love must include all of humankind. His book captured the minds of a commercial world in which advertising, rock music, and movies were thriving on the language of love, seduction, charm, and attraction, and using that language to incite the heartstrings of viewers. Love became an image and an idea, which, as Hyde noted, could be confusing because “commerce feeds no common spirit, and social life takes its style from the market… [and] is now the age of the practical and self-made man, who, like the private eye in the movies, survives in the world by adopting the detached style of the alien.”

Here we are, then, private eyes coping with an overstimulating commercial environment, searching for connections between Self and Other. Joseph Beuys claimed that “every human being is an artist,” whom, he continued, was “a freedom being, called to participate in transforming and reshaping the conditions, thinking and structures that shape and inform our lives.” Those “structures” include those born in the name of Progress, the demiurge of modern culture, wholly supported by money. Such “structures” are the art forms of scientific, social, and commercial invention, whose religion is art. Art is now a means for self-seeking detectives to define themselves. Beuys felt that education was a necessary ingredient and a form of art, now called contemporary art.

Beuys was indeed a mediumistic being searching for meaning — a mix of purport, import, and aim. His performative art form was primarily educative. Art was a medium for survival, born in care and correction. The archer must embody the arrow and the target. Art is born in every artists’ distributed neuronal processes, and redirected toward some other medium via the motor-neurons’ inter-muscular, proprioceptive reaction. Artworks now pass through the entrails of commerce into culture’s continuous survival. Art made out of love (or hate) is easiest to recognize. Love can only be described in metaphors. Artworks are embodied metaphors. Love and art are related species of attraction born in a language user’s instinct for survival. What better religions than art and love? 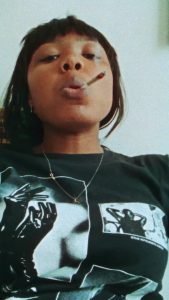