The androgyne in Plato’s Symposium is originary and primarily exists as a utopia of unity. Unity is not what we have in our lives; it is not us as we are, individually; it is the original being of which we are only a remnant. The androgyne — literally, the man-woman — was the original creature, a sort of Siamese being, which had two bodies in one. Because of the anger of the gods, the body was cut, and the separation led to sexual differentiation. Some androgynes were male/male; those became gay. Some were female/female; they became lesbian. Some eventually were male/female; they became heterosexuals. Each part kept looking for the other lost half, and their reunion would make for the reconstitution of the androgynes. Love is the desire to reunite with the unity you have lost.

Nowadays, we might see Plato’s approach as problematic, mainly in that it leaves no room for sexual fluidity, for the transformation, evolution, and shaping of oneself. Plato’s thinking was pre-subjective: it did not leave room for a subject to define themselves. So you were, so you lost, so you should be. But what it did do was to place “desire” at the center of everything: the relation that you have to your lost half is one of urgent, unbreakable desire. You want to be with them; you want them to be in you, and you to be in them. It isn’t reduced to physiology — it is not just the scratching of a body against another — but there is no psychology either: rejoining the androgynes does not define you. There is no will, no room for the subject. There is just the necessity of existence.

The sort of discussions we moderns have — “I’m into him/ her/them, I don’t know if I’m into him/her/them. I wonder, what would it be if we were to go out, do you think I should try?” — is here completely irrelevant: what is at stake is the order of existence, the order of the world, of the universe, of time gathered into one. Love is eternal, cosmological, of all times and all places. It also belongs to a non–time that is mythical and therefore completely actual. Such love is not affection — it is desire, the force that pushes us toward one another. In the Symposium, Plato also writes that Eros — desire — is the son of Poros and Penia, of lack and expedient. In French, we sometimes like to say that aimer [to love] is not the same as desire: it’s more complex, more layered, more social than mere, brutal desire. As is, in Italian and Latin, amare. And yet, in English, the etymology of “to love” stems from the Anglo-Saxon lufu, which itself comes from the Latin libido, or desire. The English meets the Greek by means of a Latin etymon. What if the English language uncovered the fact that the isolation of love, away from desire, was a modern illusion? For love is the same as Eros: it is a desire.

When we say that, we may again fall under the illusion of our modern psychology: desire would be mostly, if not exclusively, sexual. It would be the desire of another person or, in the case of a polyamorous vision of the world, of other persons. Whereas love would be something more profound. We limited desire, and the way we conceive it has been redefined by the logic of love as we see it now: desire is what love is not. Love is human, profound; desire is bestial. We have forgotten that desire can be passionately associated with knowledge: libido sciendi, the desire for knowledge, the love of knowledge. What we have done is to center our world on the individual: when Protagoras said that the human is the measure of all things, he also meant that humans exist with all things and measure themselves against all things, all the time.

In Hesiod’s Theogony, a classic text, Eros’s competitor is Eris, whose name only differs by one letter: Eros is the force of attraction, which translates usually as “desire.” Eris is the force of repulsion, which translates regularly as “discord.” One brings people together; the other pushes them further away from each other. First was Chaos; then Gaia, the Earth; then Tartaros; and after that came Eros, “the most beautiful of immortal gods, who overpowers the mind and prudent thought in the breasts of all gods and men.” From Chaos was born Nyx, the Night. And from Night came Eris.

This genealogy is obviously symbolic, as it manifests the very beginnings of the world: it says that Eros, Love, comes first, and later on comes Discord. It also says that Love matters more than Discord — or Hate, as we could also call it — as Eros is discussed much more and in far greater detail than Eris. Yet, as Love and Hate are already there at the very beginning of the world, as founding principles of the world, we have to understand that they are not merely human factors: they rule over the humans and the gods, and therefore by extension over the whole universe. They are cosmological figures: Eros and Eris are the principles of existence, and it is as such that the words are used in the Greek vocabulary. The rules of attraction between the stars and the celestial entities are characterized using those very terms. With that simple fact, we get to sense that, at the very beginning of Greek poetry, Love and Hate, Eros and Eris, rule over the humans, the gods, the stars, every aspect of a life that can be drawn to or away from another aspect.

This approach has two premises: one is the nonseparation of entities and beings, which places all forms of life on an equal footing; the second is the reduction of what we see as individuals, beings, entities, which can be drawn one way or the other. There is no separation between the physical and the spiritual. Love takes you, moves you, as Discord does, and these forces act upon you exactly as they act upon the stars and the planets: this vision limits the freedom of the individual being, its possibility to act as agent. We do not love: loves takes us. This ties into the conception of poetry as “enthusiasm,” in which a god enters a human being to voice poetry and then leaves.

Looking into such a conception of the world, we see what we lose: the primacy of the individual, the consolidation of the human being. But we receive from it the consideration of the other as an equal, which opposes the psychological notions of infatuation or the semi-masturbatory use of the other as a medium to love oneself. The separation of human beings and their psychology from the rest of the world is also broken into pieces, shattered: the forces of attraction can exist between gods and humans, and could arguably be extended between humans and plants, humans and animals, plants and the wind… And the list could go on. There is no essentialization of the human relationship. Love comes, and love goes, like the madness of Agave in The Bacchae, who kills her own son to mark the triumph of Dionysos. 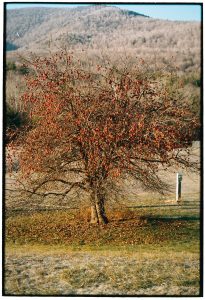