We have always talked about the home as the space of the private, of what separates us and individualizes us, and yet every home, in reality, has always been, above all, a material and psychic technique that we use to inextricably weave our life and our destiny with that of others. It is precisely because this is its main function that its nature is both architectural and moral. The inadequacy of our homes, therefore, is never purely architectural or aesthetic; it is above all ethical. When homes disappoint us, it’s because they fail to keep that mute promise of shared happiness that they formulated at our first meeting. Conversely, we have lost the ability to imagine houses because we have stopped building the knowledge and technique that allow two lives to live one and the same life: what we have been calling love for centuries. Houses are always spatial formulas for living love, in all its forms. They are the material program, the framework, but also the objective atmosphere, the spatial climate of a shared life — time, moods, food, sleep, and dreams that make us inseparable from someone else. Impossible to think, imagine, and build houses without thinking, imagining, and building love.

The opposite is also true: whether it’s our home or the home of others, a hotel far from the home of both, or a country house, love is hatched, lived, cherished, and celebrated at home. After all, it is the domestic mystery par excellence, and that is why every city must appropriate it through complicated rituals and complicated legal devices. It is impossible to love without — with this same gesture — making a home and involving a part of the world in a vortex that I call our place.

This perfect equation has nothing natural, obvious, or universal about it. It is perhaps the most profound, original, and idiosyncratic trait of what the West has called modernity. It was the Canadian philosopher Charles Taylor who recognized that modernity is not exclusively the result of technological development, of European conquests in other parts of the globe, or of transformations in the social order and forms of government. At its center is a revolutionary moral project that has brought everyday life, defined by its most ordinary and trivial traits, love and work, to the center of every political, economic, social, and material concern. We are modern not because we use sophisticated technological objects, travel all over the globe, or live in overcrowded cities. We are modern because we believe that it is in what we produce and do freely every day and in the person we love freely that our identity is defined. We are modern only when we think that our freedom and moral perfection is measured in the freedom of love and work. No other culture had ever imagined this. But if work has become both the foundation and the center of the city, the home — freed of the need to be the place of production — has instead become the temple of love, of a daily and symbiotic relationship with a person. It is no coincidence that all the great moral revolutions with which we associate an idea of progress are linked to the improvement of working conditions and the freedom of love.

Yet if the reflection on work — on its dignity, its forms, its assumptions — has accompanied for two centuries the life of nations that have recognized themselves in the process of modernization, love has yet to find a form of legitimacy in public debate as in academic debate. The consequences of this exclusion are dramatic. We cannot be modern because we have not yet learned to love. Not only is love not considered an object of science, but individually, none of us perceive love as something that requires study, application, and commitment. It is a space of existence that is immediately linked to leisure, to distraction. And this is why it has become the space for vulgar comedies and small suburban theater dramas. While Eros has been downgraded to a minor deity, Heracles enjoys public worship. Their equality seems impossible — in the freedom that one wants to presuppose, in the results that one claims, in the faith in that dimension in which the possibility of a fulfilled life is played out. Try to reverse the rhetoric that accompanies public discourse about work and love: to transfer all the invitations to sacrifice and self-sacrifice to the latter and all the invitations to lightness and freedom to the former. Why is seriousness linked only to work? Why is freedom still an exclusive prerogative of love?

It is as if — to summarize a famous distinction between falling in love and love of Stendhalian origin taken up decades ago by Francesco Alberoni — contemporary society has focused exclusively on falling in love: the nascent state of fusion and encounter, but not that of real, effective, and above all long-lasting relationships. The fact that technological progress has also focused only on this phase with meeting apps such as Tinder, Bumble, Grindr, and their variants is further proof of this. We can do without thinking about houses precisely because we only live love to live love.

It is for the same reason that if the architectural reflection on the city has reached unprecedented levels of complexity, and contemporary urban reality has a virtuosity unseen in the past, the thinking about the house — and above all the construction practice for ordinary civil domestic space — is so coarse and prehistoric that the vast majority of architects still think the problem every house poses for them is just the spatial composition of a handful of parallelepipeds to which some vital function has been assigned: sleep for the bedroom, recreation for the living room, eating for the kitchen. The Futurist imagination practiced on the city for centuries has never touched civilized dwellings. That is why in every house, one always has the impression that the horizon of possible morality is narrowed and not widened, that we need to adapt our life to the crude Euclidean geometry that for inexplicable reasons has been considered the key to a successful and happy existence. Upon entering contemporary homes, instead of experiencing an affective and moral modernity that frees us, we can only experience the poverty of our moral imagination.

The difficulty in thinking about love — and therefore the home — can be attributed to more than the fragility and moral blindness of our culture. Love is at the bottom, the black hole, of every ethical reflection because of its very structure. It is the ethical space in which life cannot rely on any precept, law, or certainty, but not because it is an anarchic and exalted dimension. On the contrary, there is nothing more ordered than the experience of love. But it is a special order. Antiquity used to call these forms of morality “mysteries”: dimensions of existence in which neither knowledge nor law can be relied upon, only initiation.

Mystery, in this context, does not indicate something unknown. After all, there are infinite realities that escape our knowledge, and yet almost none of them is a mystery. The overwhelming majority of the faces we meet while walking down the street in any modern metropolis is unknown to us, and yet rarely does one of them hold a mystery for us. Not even all the thousands of books on the shelves of a library have this quality. Mystery not only defines extraneousness to the order of knowledge: it also resists this knowledge and, above all, our desire. Precisely for this reason, the only access to this sphere can be through initiation: it takes a third party to allow us to live this reality. The mystery is the life that can only be accessed through the life of the other; precisely for this reason, it is unknowable until the end, and precisely for this reason, the order of desire will never be able to free itself from fear. The knowledge that usually allows fear to be extinguished is, in this case, technically unattainable. Love is the transcendental form of this experience.

Every house should be, after all, a structure that allows one life to live through the other: not a collection of glass, steel, and concrete that separates us from the rest of the world, nor a display case with variable geometry that allows us to make visible — especially to ourselves — our ego, but the exercise of both the psychic and the material. A worldly and profane structure of mystery. 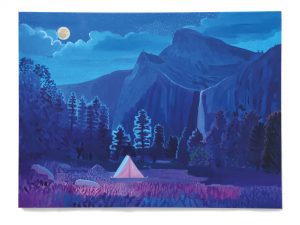